This site propose fairly short and concise statement of the facts from different areas of knowledge. Elbrus is described briefly and in half of the cases with errors and inaccuracies. However, the final part of the text pleased us. Here facts are basically correct and the name of our leader Alexander Abramov rightly inscribed in the history of the mountain.

Russian Alexander Abramov guided a ten man expedition, where a Land Rover was driven to the peak. It took 43 days to accomplish this goal, but there were a lot of struggles that had to be overcome. They had to change tyres and utilize winches to pull the vehicle up and it was a continuous cycle of ascending and descending the mountain to retrieve replacement parts that had got damaged. After a lot of sweat and tears they finally reached the peak on September 13, 1997. The Land Rover was abandoned after an attempt down, when they lost control. They later returned to fetch it, but found it too difficult. It still sits in the same spot today and can be seen by other climbers and adventurers”. 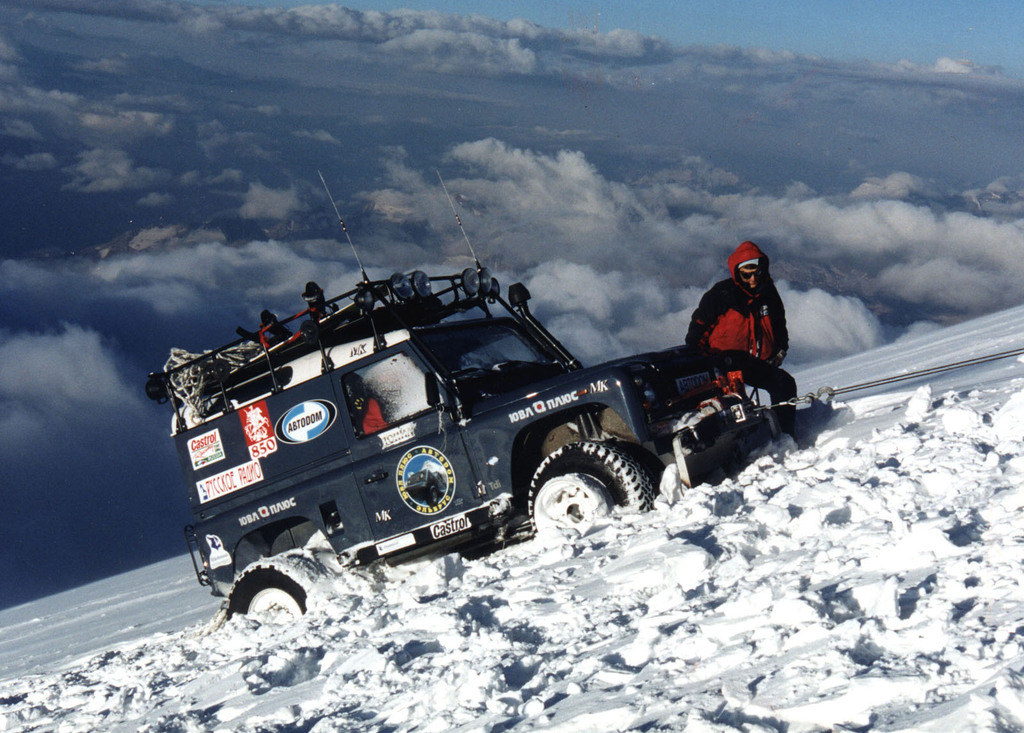 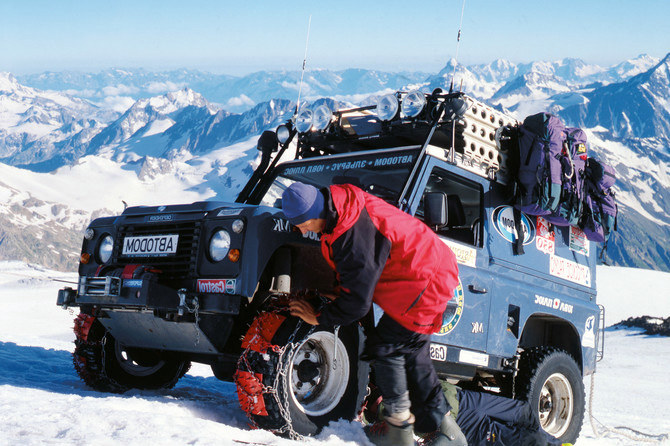 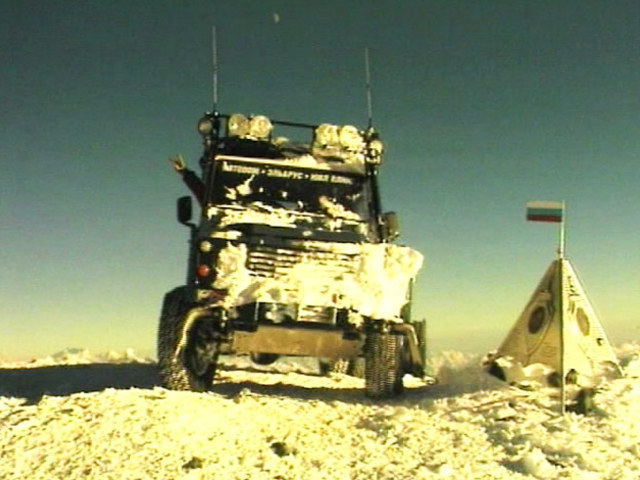 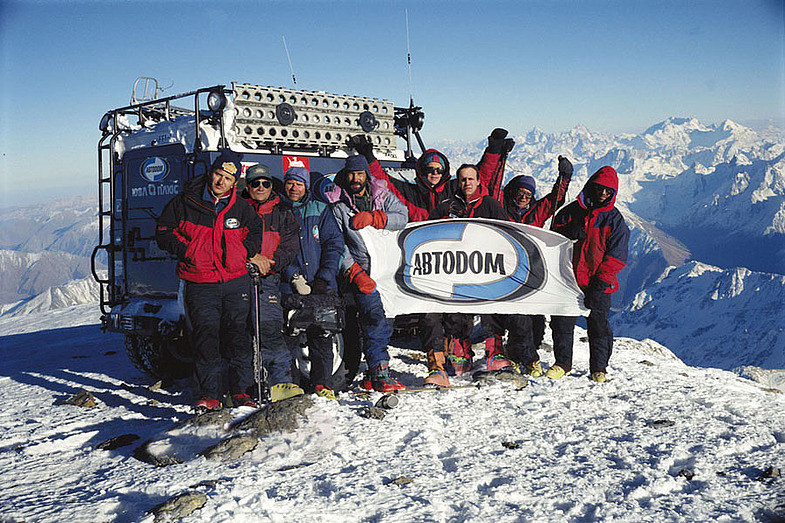 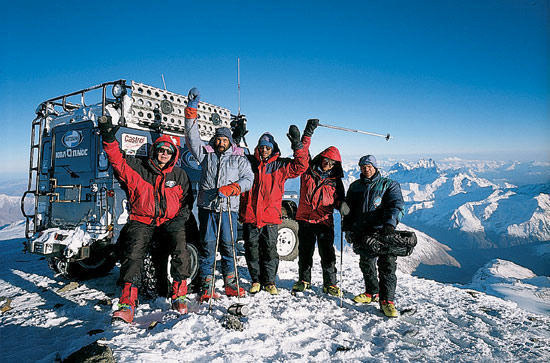 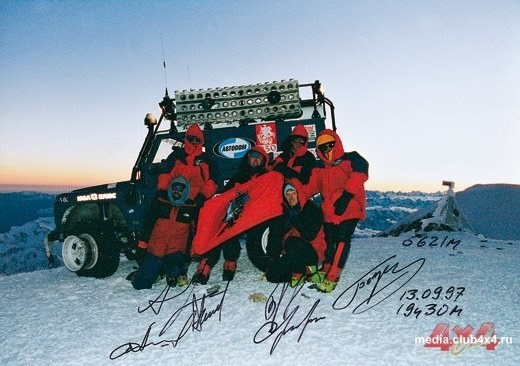 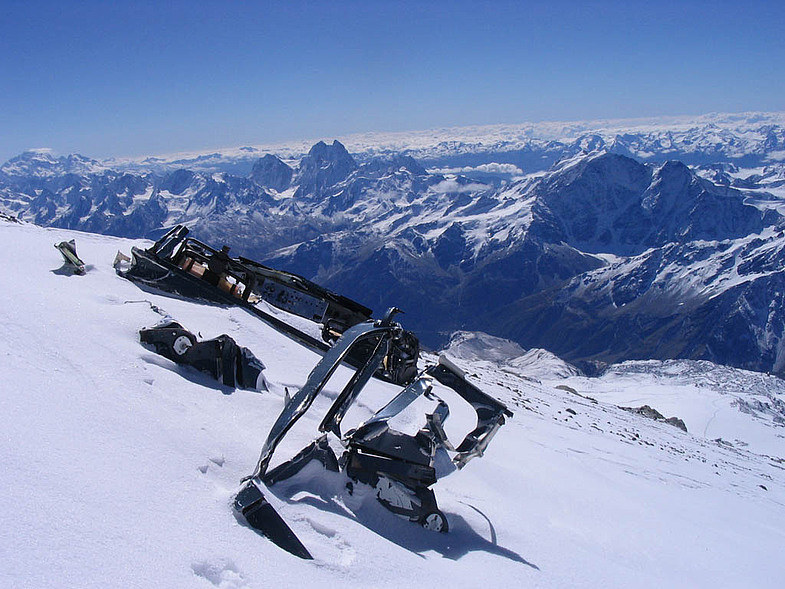