The guide of the 7 Summits Club Valery Myasoedov reports from Iran:

The fourth day of the program of the group "Recording in the library" on Demavend.  So to speak, we cross the equator... Leisurely packing and moving to the Mosque, a place also called Gusfand-Saro. On this day, it resembled a turbulent flow, numerous groups were going up and down, the approaching end of the season and good weather attract and motivate additionally. A traditional photo at the mosque and the ascent to Borgoh-e Sevvom, the only shelter on the mountain, also known as the assault camp, translated from Persian as the Third Camp, at an altitude of 4200 m. Why the Third One at once, and where the First and Second are, is a mystery... Delicious soup for a late lunch, and for dinner... stuffed chicken… How Narges-khanum, our chef manages to cook such dishes on the mountain, is the second mystery... Everyone was perplexed and delighted. Over dinner, we discussed the program of the next two days.  Tomorrow there will be a simple acclimatization rotation 300-400 m above the assault camp on the way to the summit and preparation for the ascent. 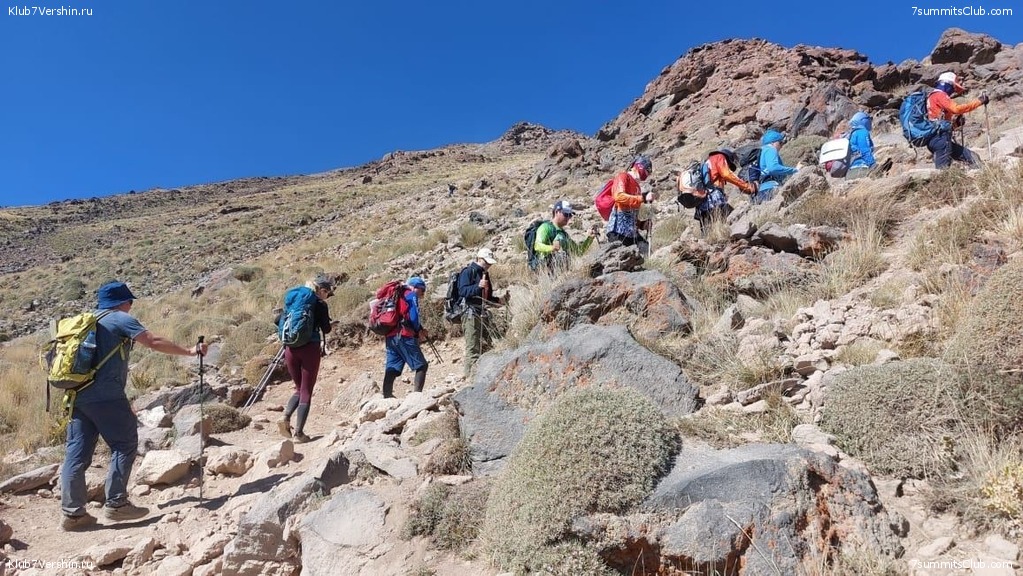 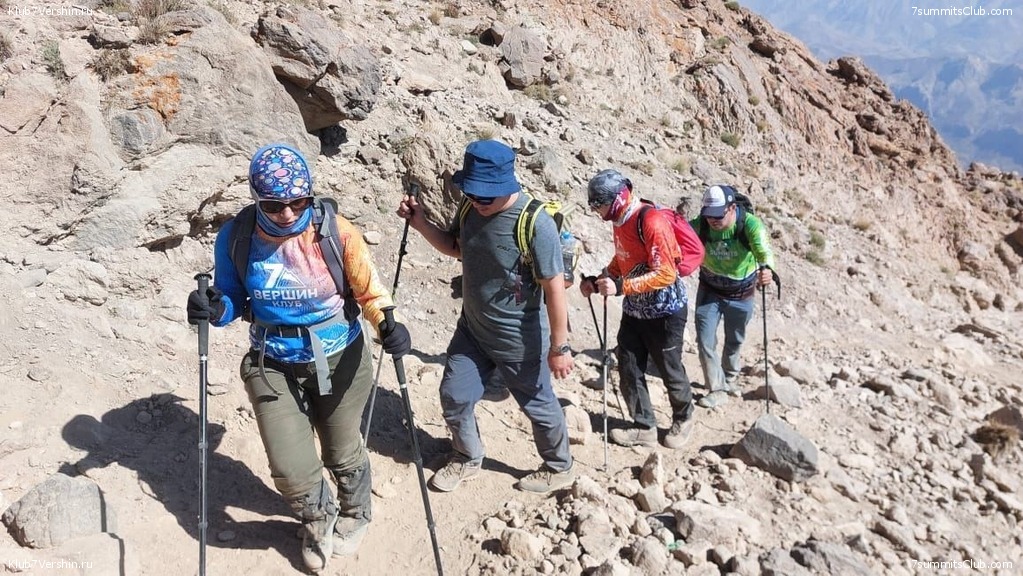 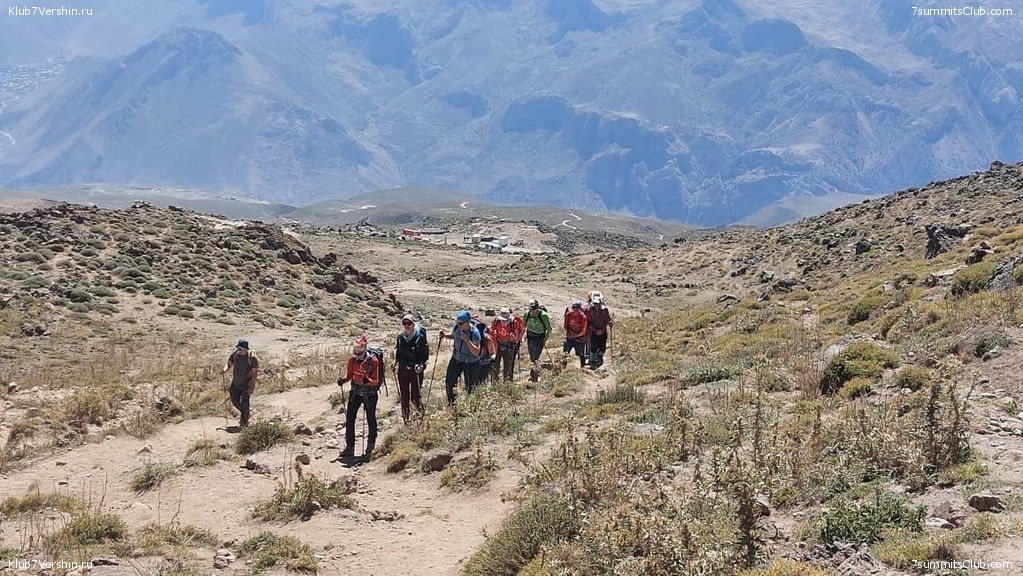 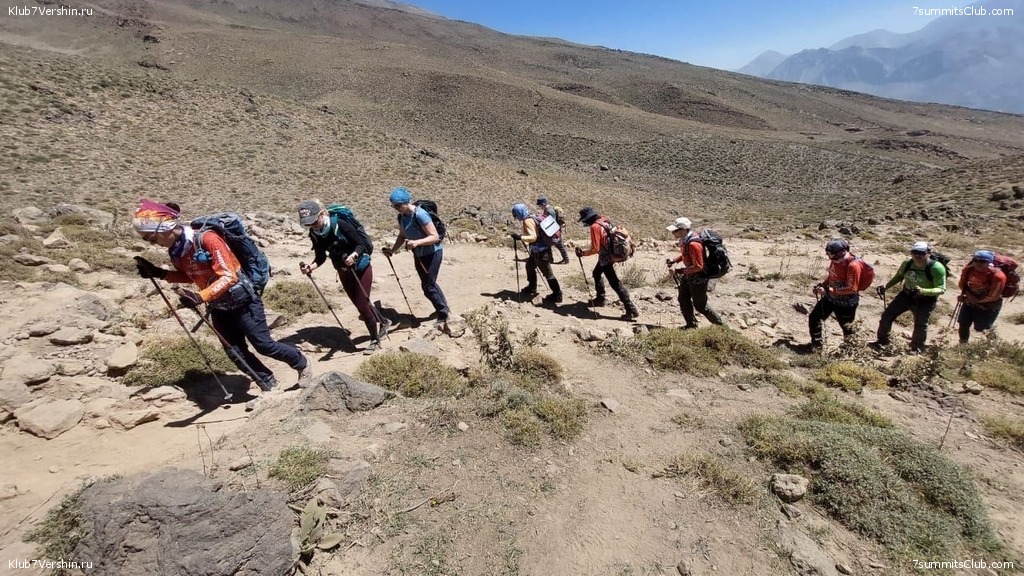 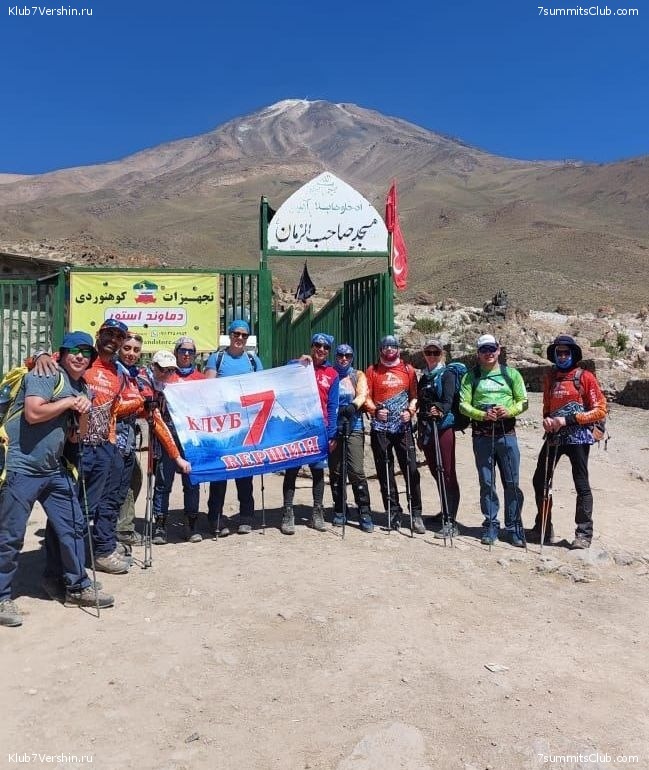