Alexander Abramov and his friends left the Ice Continent. Tomorrow we hope to see our president in Moscow. Today, the entire group of Luba Ivanova will meet in the town of Copiapo. And they immediately, all together (7 people), will go through the Atacama desert landscapes to the foot of the highest volcano in the world, Ojos del Salado. The first camp will be located in the town of Vallecito, at an altitude of 3000 meters.

Victor Bobok and his group has successfully finished the acclimatization outing at Nido de Condores. They went to rest in the Plaza de Mulas. All three members and a guide feel fine. The weather is still bad, strong winds are blowing at an high altitude.

Coco Popescu and her dad Ovidy should go after Antarctica to Ojos. For another course of acclimatization before Everest. A Romanian television, meanwhile, issued a news clip about the fantastic achievements of girls, called the first person who rose to seven of the highest volcanoes in the seven continents. In the early glimpses of footage we could see a view from the ascent on the Mount of Sidley. 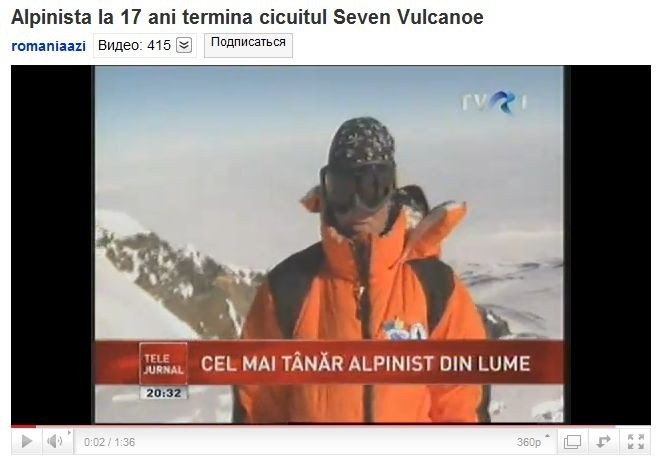