We look at the Himalayas from south to north. Kanchenjunga.  The team collected by Alexey Bolotov will try to climb this giant mountain. It consists of two top Russian high altitude climbers - Nikolay Totmyanin and Gleb Sokolov. As well as our close friend, president of Mountaineering Federation of Azerbaijan, the snow leopard and the climber at the Seven Peaks Israfil Ashurly. Together with them - Pole Paul Michalski, Romanian Alex Gavan and Italians  Mario Panzeri and   Antonello Martinez. And also a group of Nepalese climbers. If successful Sherpa Mingma  will be the first in the country climbed 14 eight-thousanders ... 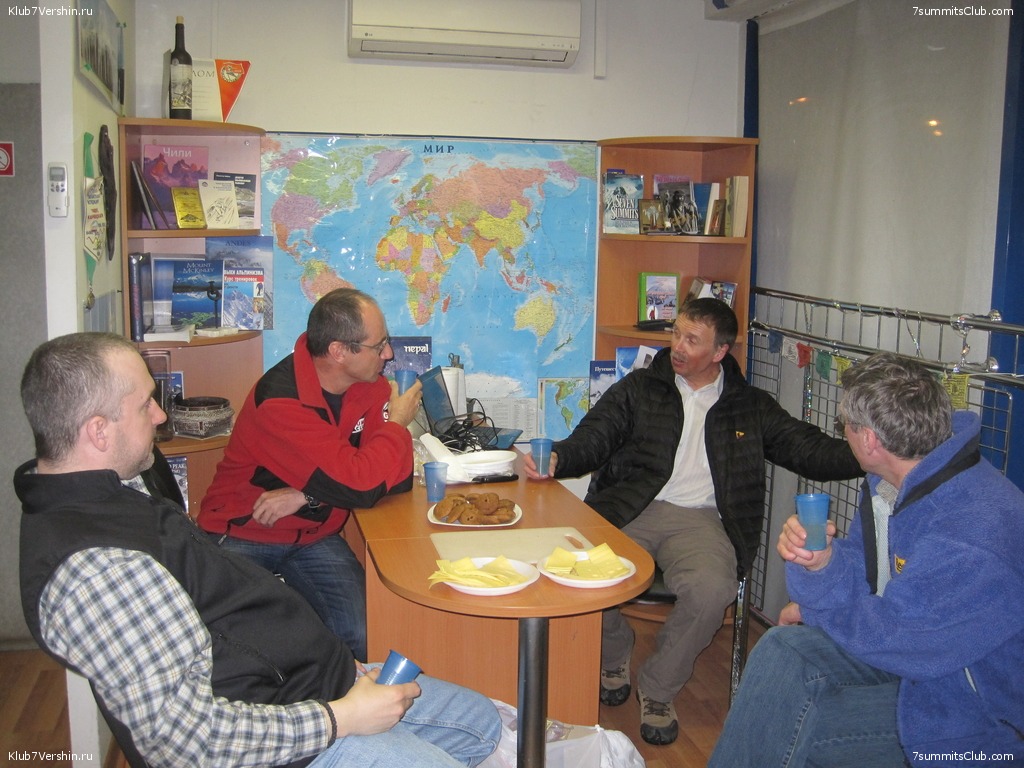 Makalu. Polish woman climber Kinga Baranovska, which goes to his eight eighеt-thousanders, will be there a major star ... Slovak Peter Hamor plans, high-speed solo climb without oxygen. For acclimatization he plans to climb Lobuche East and Pumori.

Lhotse. Carlos Soria, 72-year-old Spanish climber intends to climb its 10 th eight-.thousander. In the company with him will climb Carlos Pauner and Juan Oiarzabal, who has now 24 climbs on eight thousanders (overall record). Austrian paragliding Mike Kueng wants to flight over the summit ridge (8500 m), starting from the south. On account of this 42-year old athlete is a lot of records, including a flight at an altitude of 10,100 meters. But the goal is very difficult: from the bottom up in the Himalayas nobody could rise above 7300 m yet. Austrian already is flying in the vicinity of Namche Bazaar, as part of his great expedition "paratrekkers.

Soria (left), Kueng and below - the planned route record 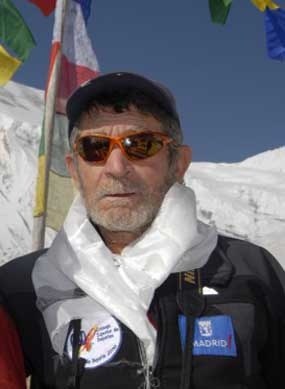 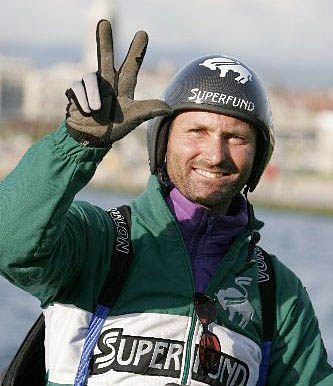 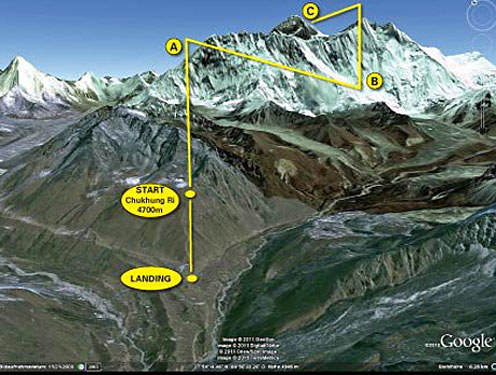 On Everest should be lively as usual ...

In addition to numerous commercial expeditions, many people will try to speak own word on the slopes of tallest peak of the planet.

In the focus - Basque woman climber Edurne Pasaban, which tries to climb the highest peak without the aid of artificial oxygen. If successful, all 14 eight she would have "made" without oxygen. Also will try a clean, oxygen-free ascent a 35-year-old Australian climber Allie Pepper .. And men… once again going to climb without oxygen Englishman David Tait. Before that he planned to climb a new route on Lhotse. Mexican David Liano is back to his project climb Everest from both sides during the season. Without oxygen, and one day plans to go to the summit an Ecuadorian Ramiro Tesalema. Brazilian Rodrigo Raineri announced his intention to descend from the top of a glider. 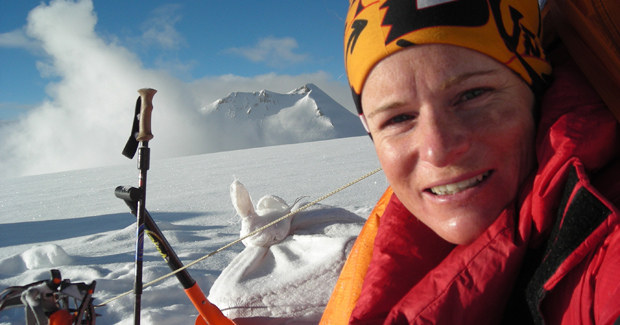 Sherpas go for at least 3 record. Famous Apa go to the top once again.

Pemba Dorji plans for a day to visit both Everest and Lhotse. His brothers dragged to the top of the world's tent - they plan to stay at an altitude of 8848 meters over 24 hours.

On Cho-Oyu the most interesting fact is that refusal to participate in the expedition Japanese Hiro Takeuchi. In solidarity with the victims of the catastrophic earthquake compatriots. Takeuchi - the first real contender for the 14 eight-thousanders from the country which was a quarter-century was among the leaders of Himalayan mountaineering. He remained only two: Cho Oyu and Dhaulagiri