Denis Urubko in an interview with the Kazakh site sports.kz talked about his plan to climb Everest. Together with the Russian climber Alexey Bolotov Denis plans a new route in alpine style.

- All new routes on Everest were made in the Himalayan style - with acclimatization at base camp, hanging fixed ropes and using oxygen. A climb in alpine style means: you're getting to the bottom of the summit and conquer it by direct climb, not returning on any of the camps. With my mates I have made such type of climbingBroadPeak, Manaslu andCho Oyu. If we manage to climb in alpine style on Everest, I think it will be a significant event, a new word in the history of mountaineering. For my self-realization as an athlete, it is very important. 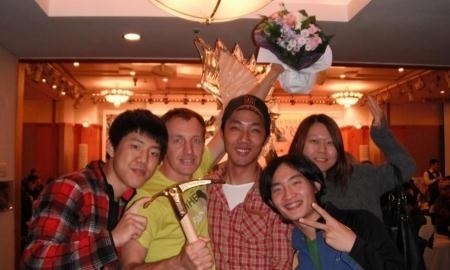 As always, a lot of interesting on the blog of Denis

So it has turned out, that the decision on rewarding of nominees was gave with the big work. Possibly, in a judiciary board clever serious people have gathered too many. Where, have inexplicably involved the former ensign. Having listened to reports on ascensions of commands we long could not come to the general opinion. Were nervous, proved, smiled, indignantly gesticulated. But when the opinion of the commission has taken shape, it has appeared the most correct and comprehensible to all. We with gratitude have shaken each other hands.

And in the evening from a scene Mr. Kim Syong-jim and Mr. Hiroshi Hagivara have congratulated winners of 2012: 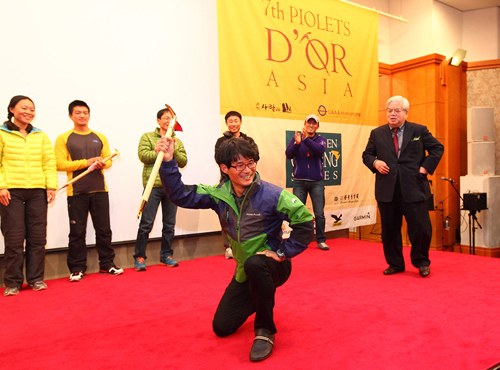 With Asian Piolet d’Or of life Achivements in mountaineering there was something strange. Because I continued to consider myself as the young operating sportsman. And a similar sort of the award were always awarded to veterans of backpackings. For the huge contribution to mountaineering development, for. And it was possible to me only went in for sports, as it understood. «But was in time, - I have grinned in heart. - nobody knows, that happens tomorrow». 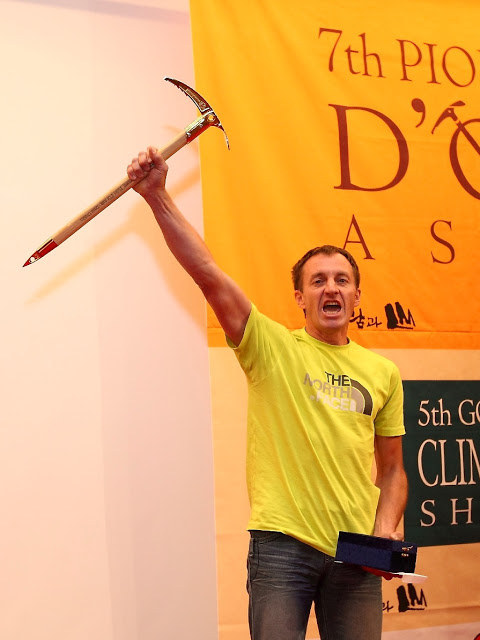