Greetings to all from Papua New Guinea from the SPAPUANATY team!  Yesterday (November 16) our excursion program started!  After breakfast we drove to the town of Mount Hagen. First we visited the local market where vegetables and fruits are sold — a very colorful place! We bought watermelon and the ripest mangoes.

Today we got acquainted with three local tribes. They moved from one village to another through gardens and coffee plantations.

The first tribe we visited is called the Mud People. Their bodies were decorated with clay, and on their heads were huge clay masks weighing at least 10 kg. They showed a small performance, after which our local guide Raphael told about their culture and lifestyle. According to legend, they were defeated by an enemy tribe and had to flee to the Asaro River. They waited until dusk before trying to escape. The enemies saw them rising from the muddy banks, covered with mud, thought they were spirits and fled in fear.

The next village is a 30-minute drive away. Here, to the beat of the drums, we were given a performance by the famous Huli Wig tribe. They decorate their faces with traditional Papua flowers and wear headdresses made from their own hair and feathers of the bird of paradise.

The last tribe that we managed to get acquainted with is a Man from Cimbu. Here the aborigines decorated their bodies with charcoal and clay, copying spirits with skeletal bodies.  It is believed that these spirits are deceased people from their tribe who have returned to help and heal them from diseases.

And in the evening we had a festive dinner, presentation of certificates and medals for climbing. 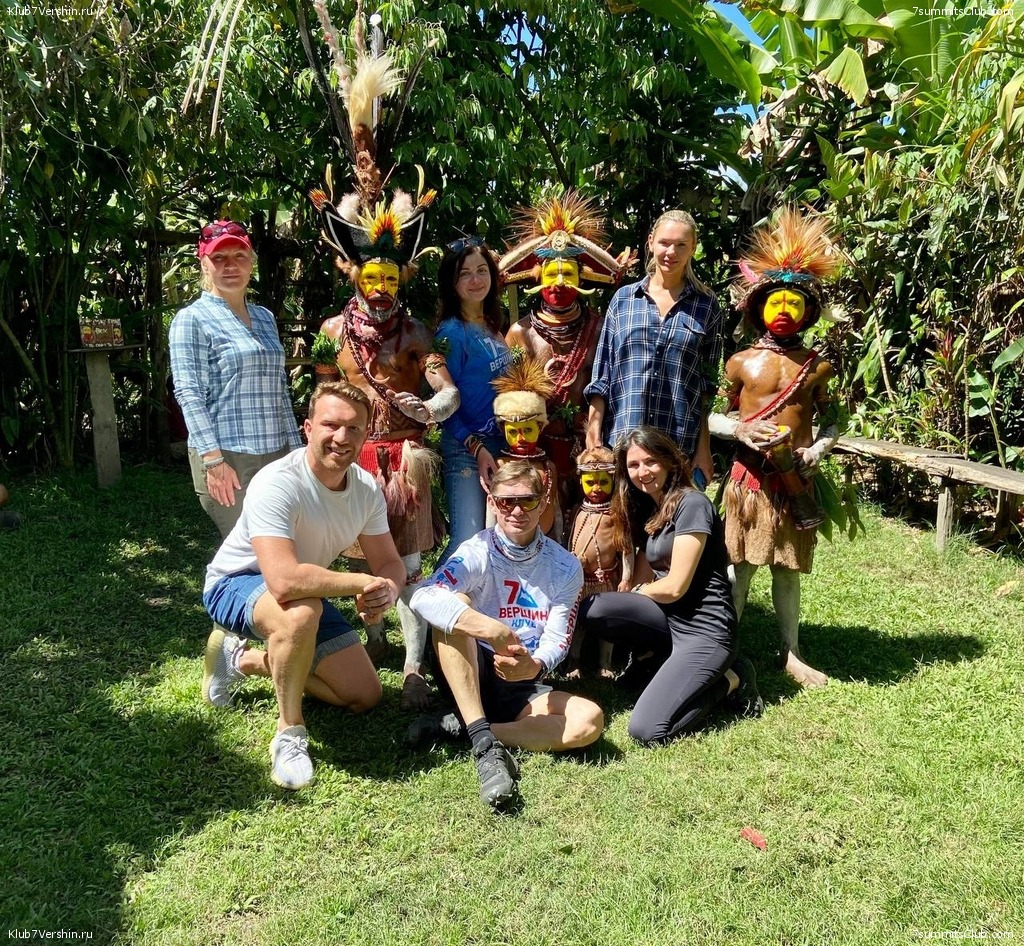 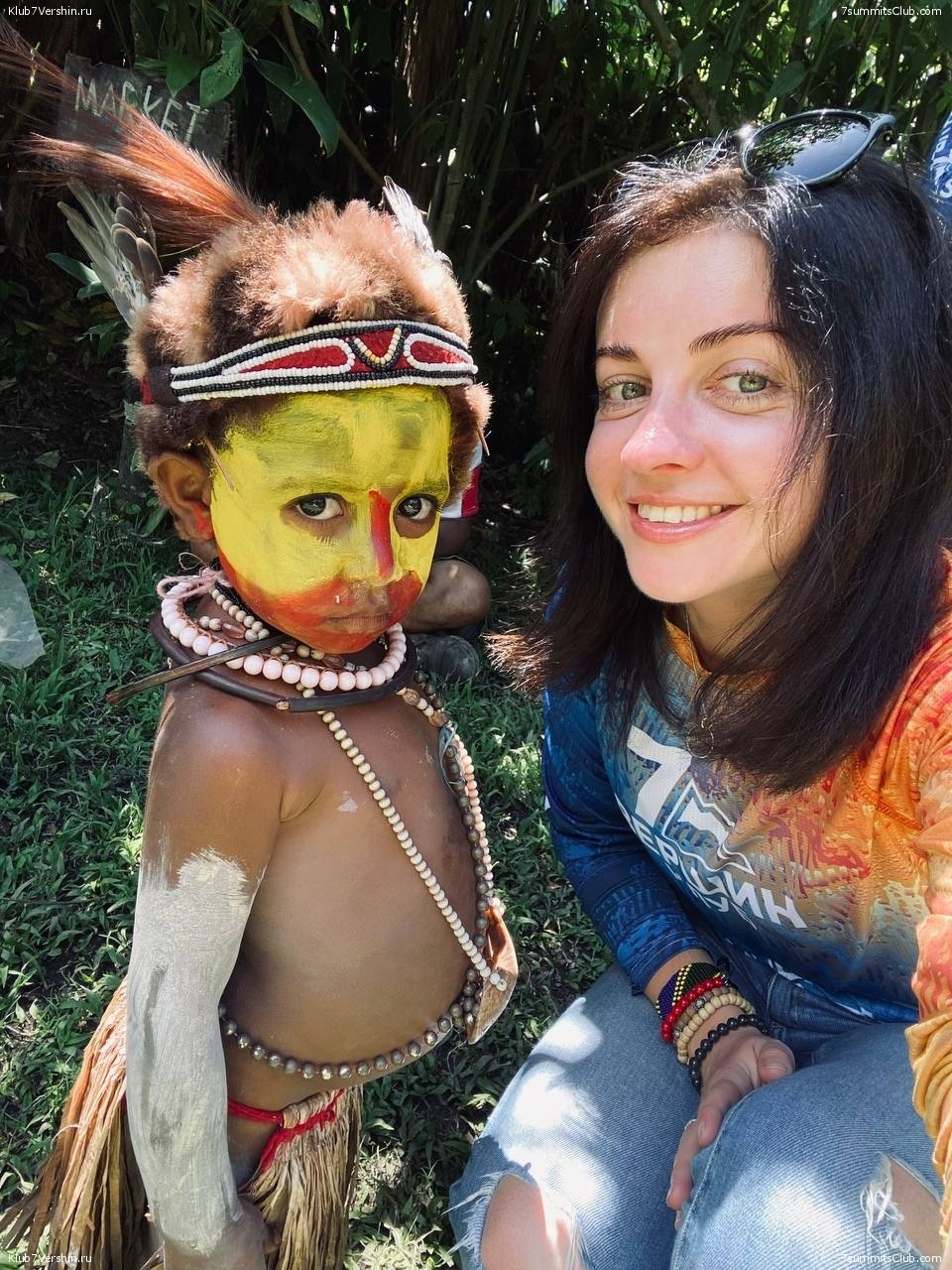 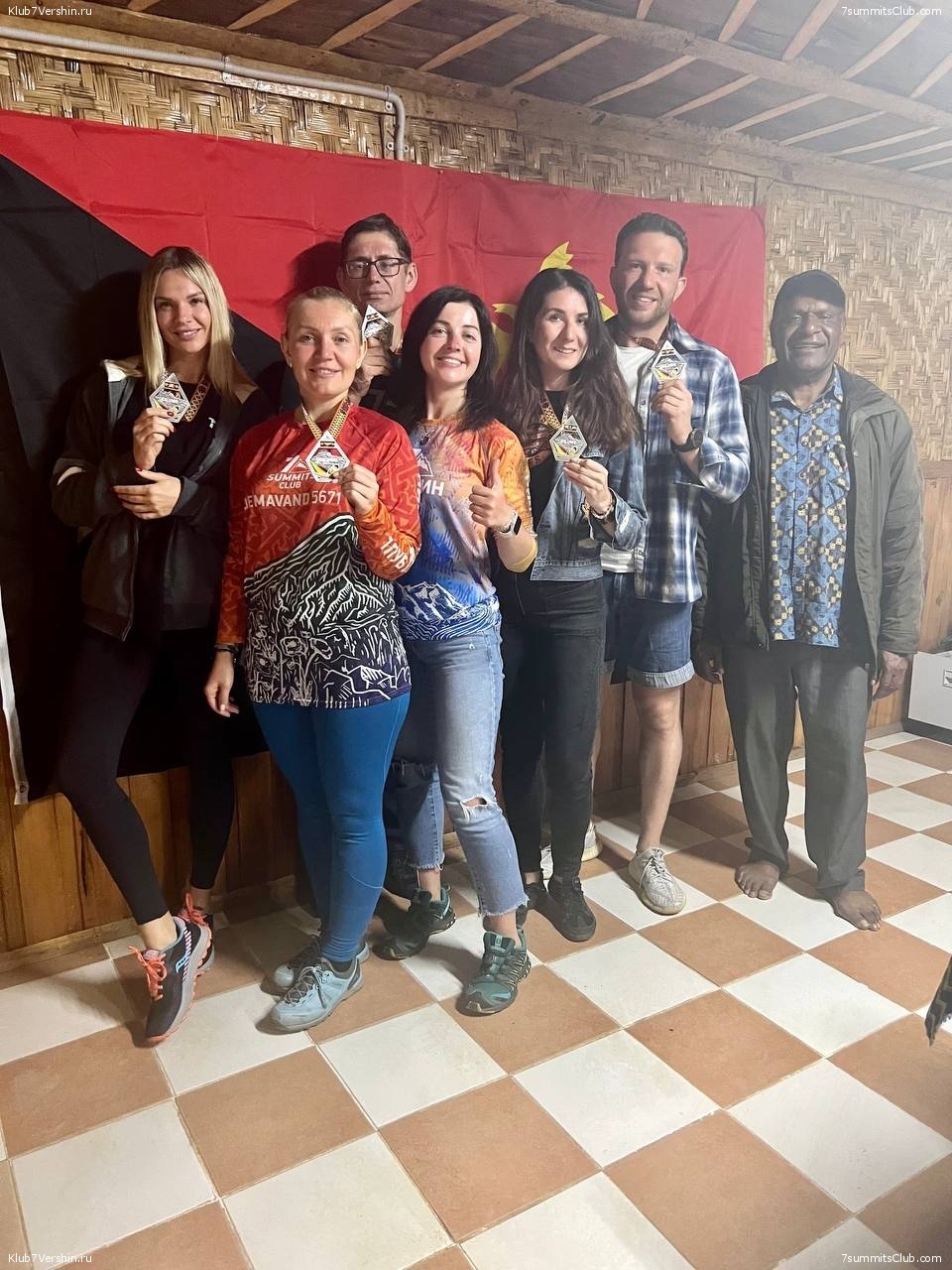 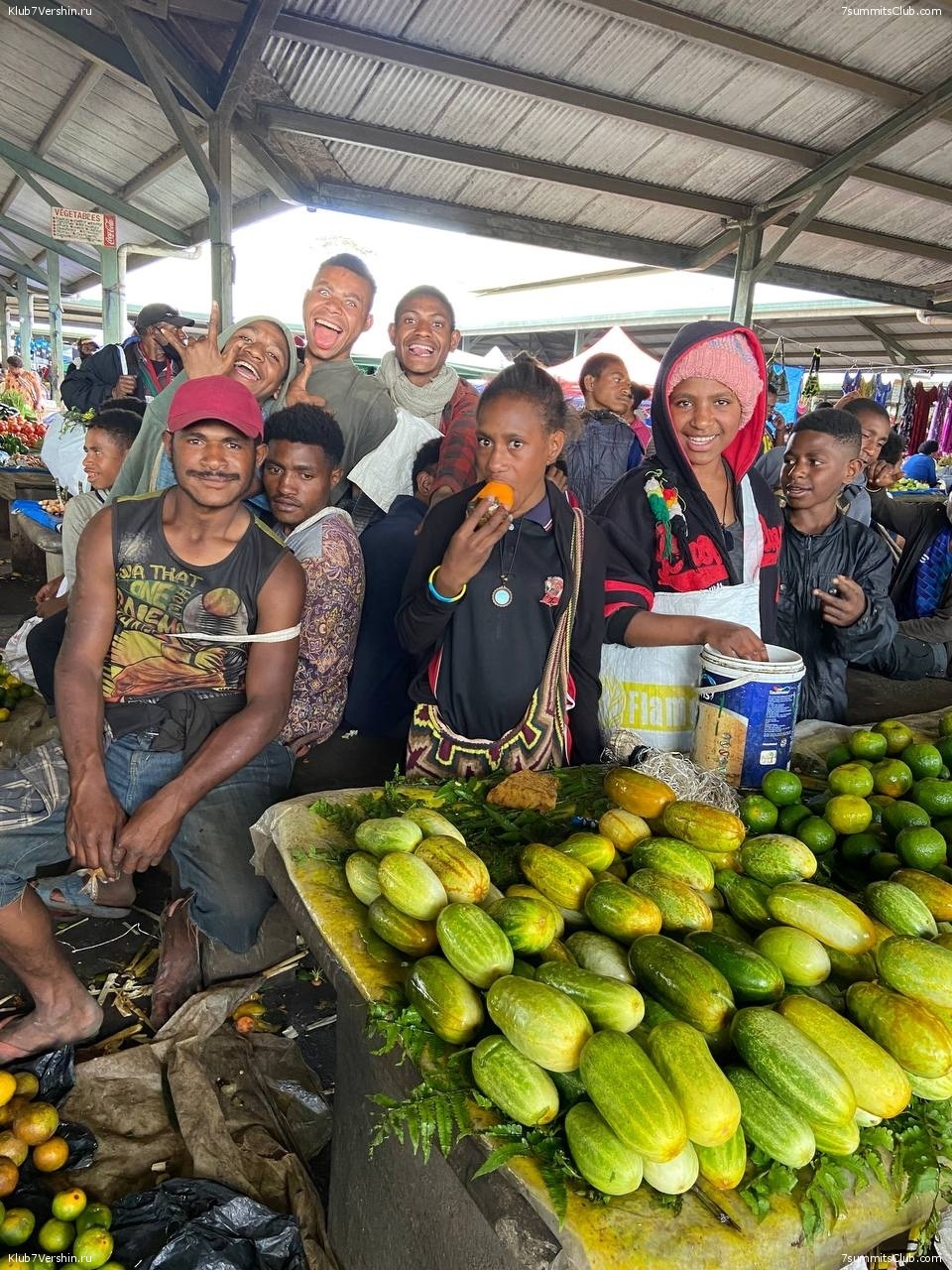 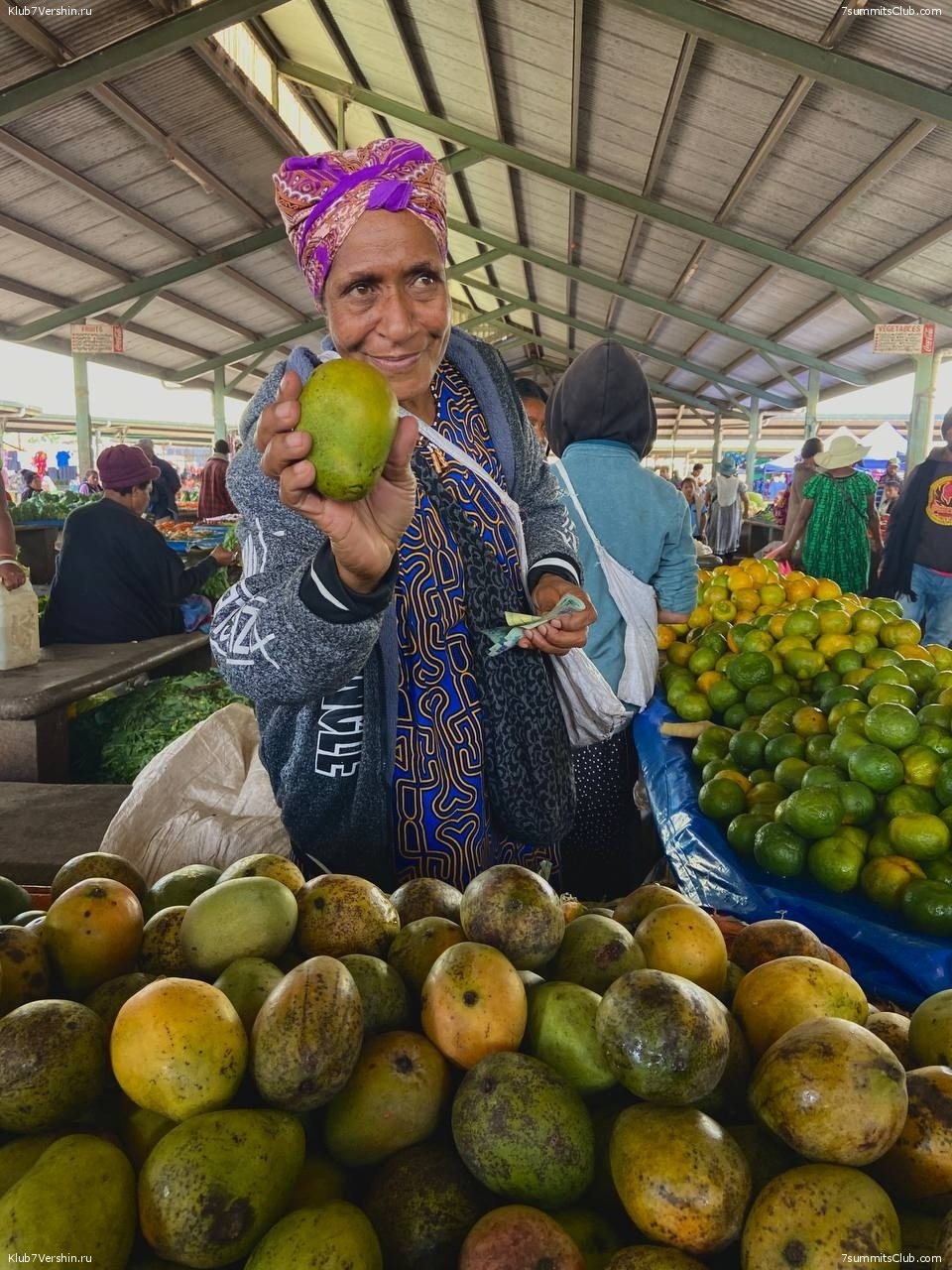 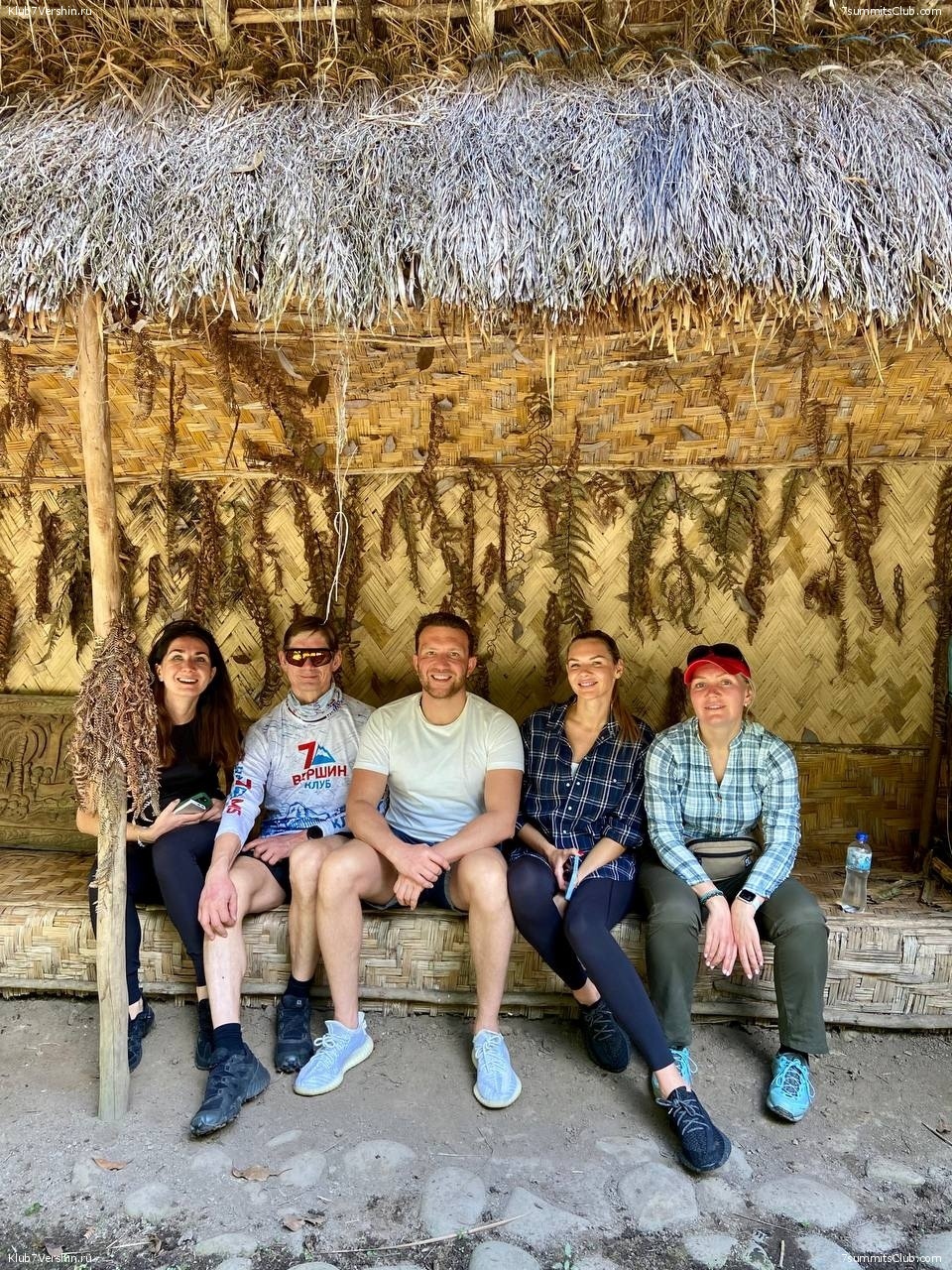 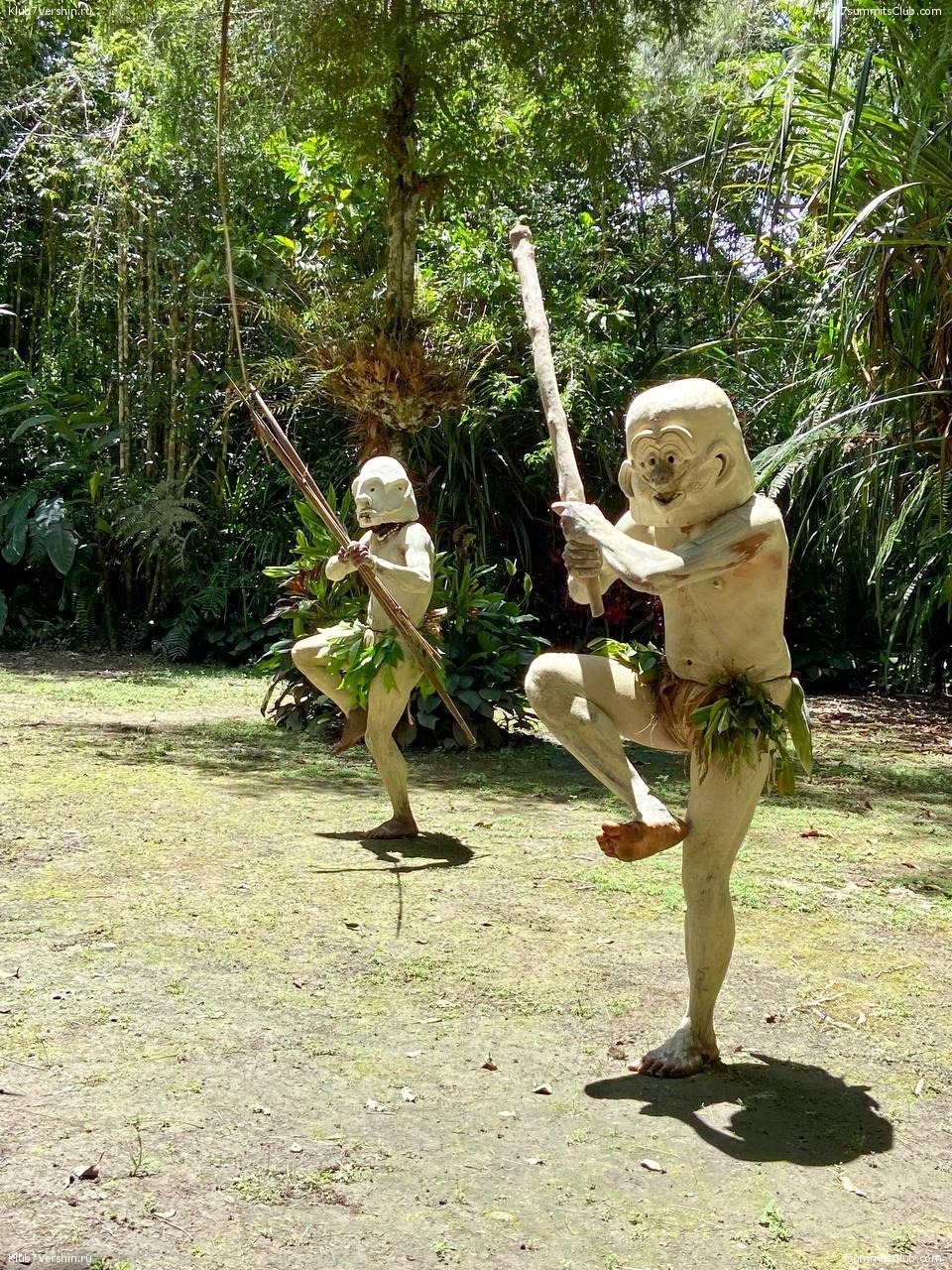 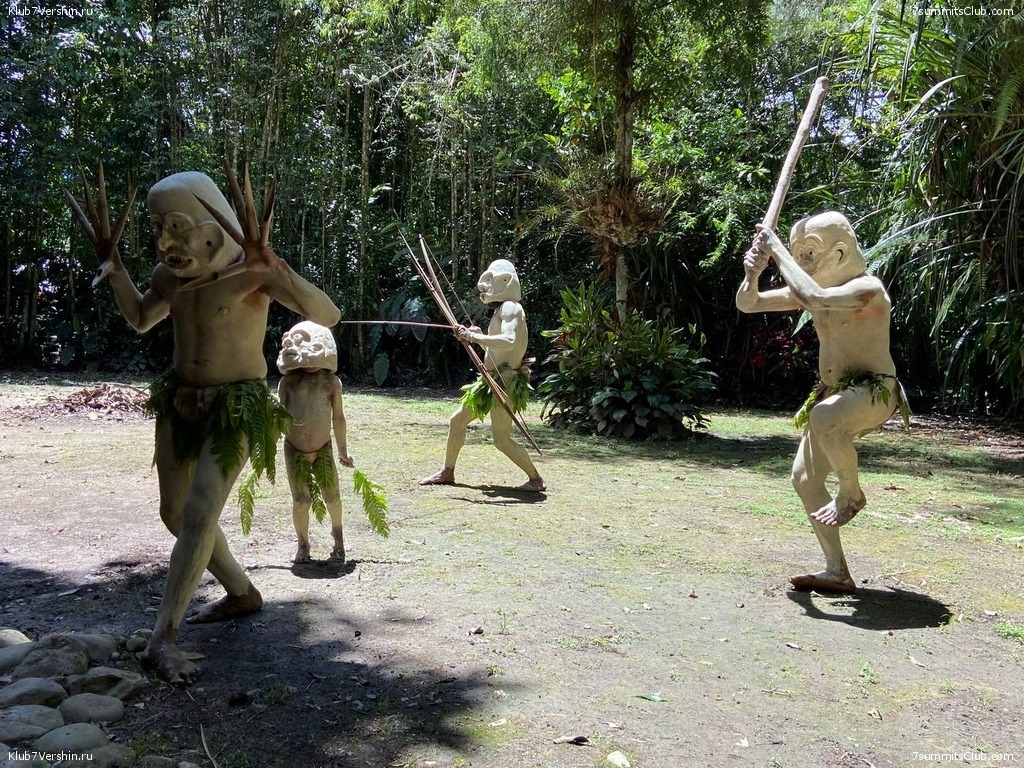 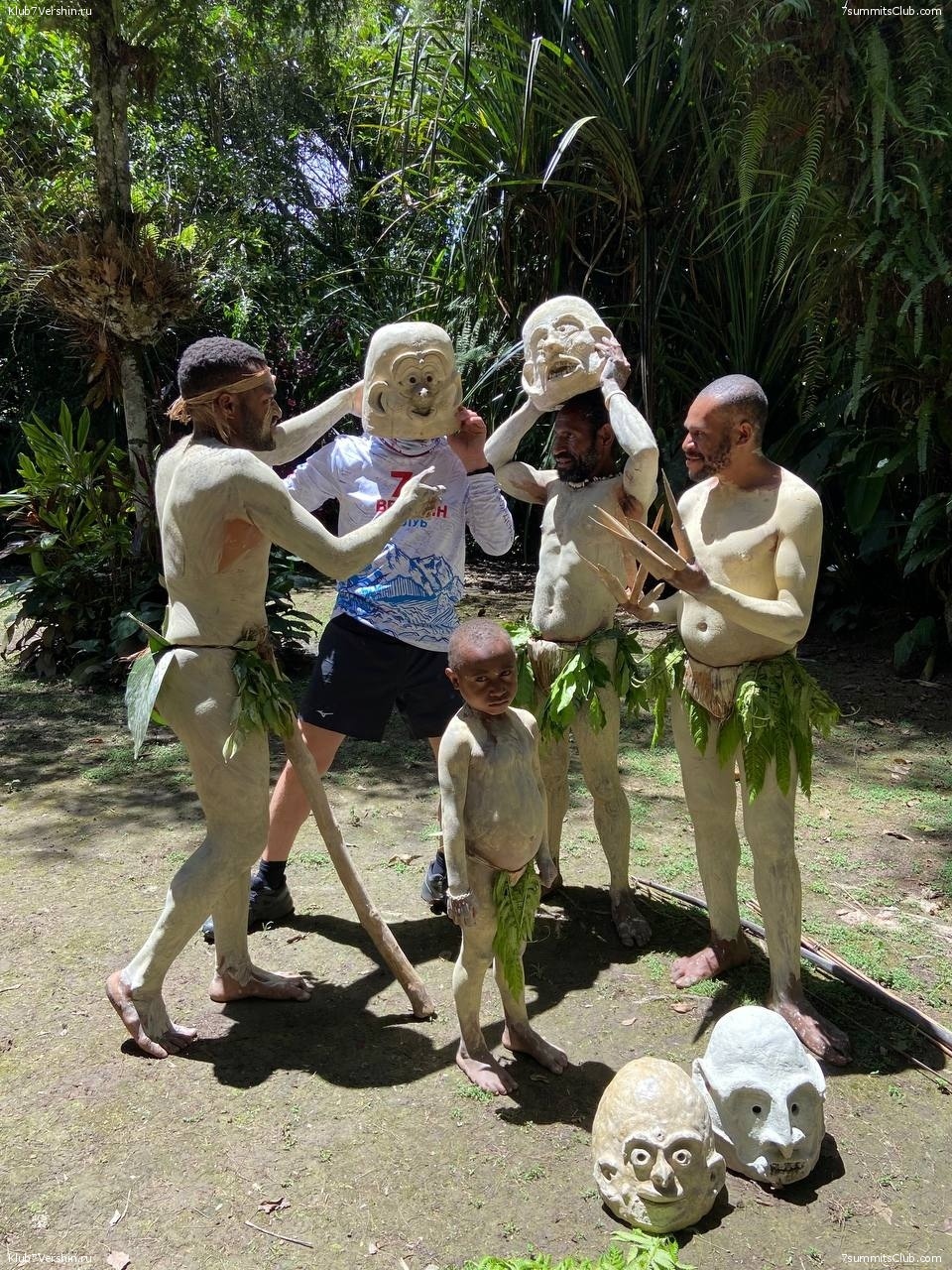 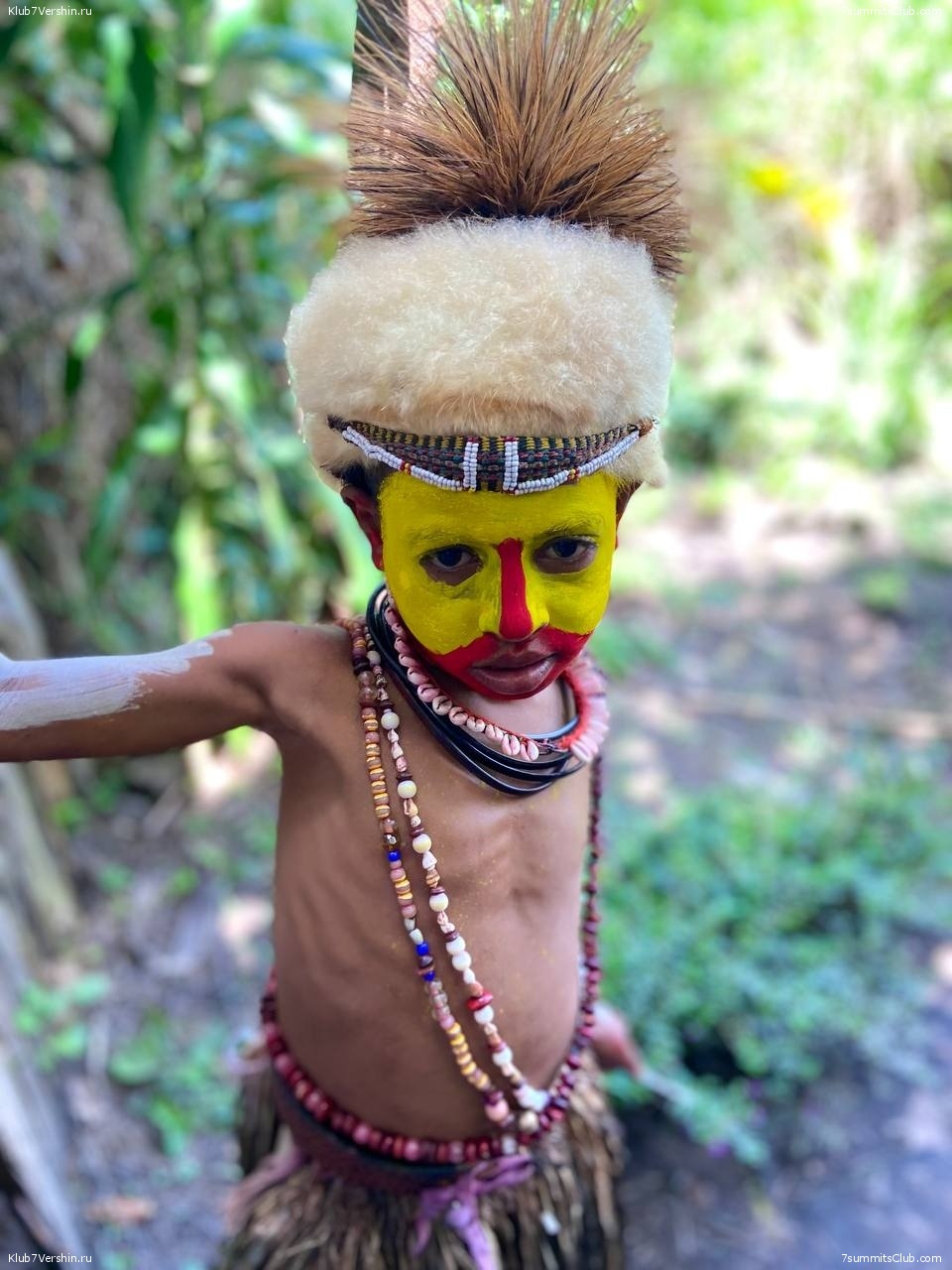 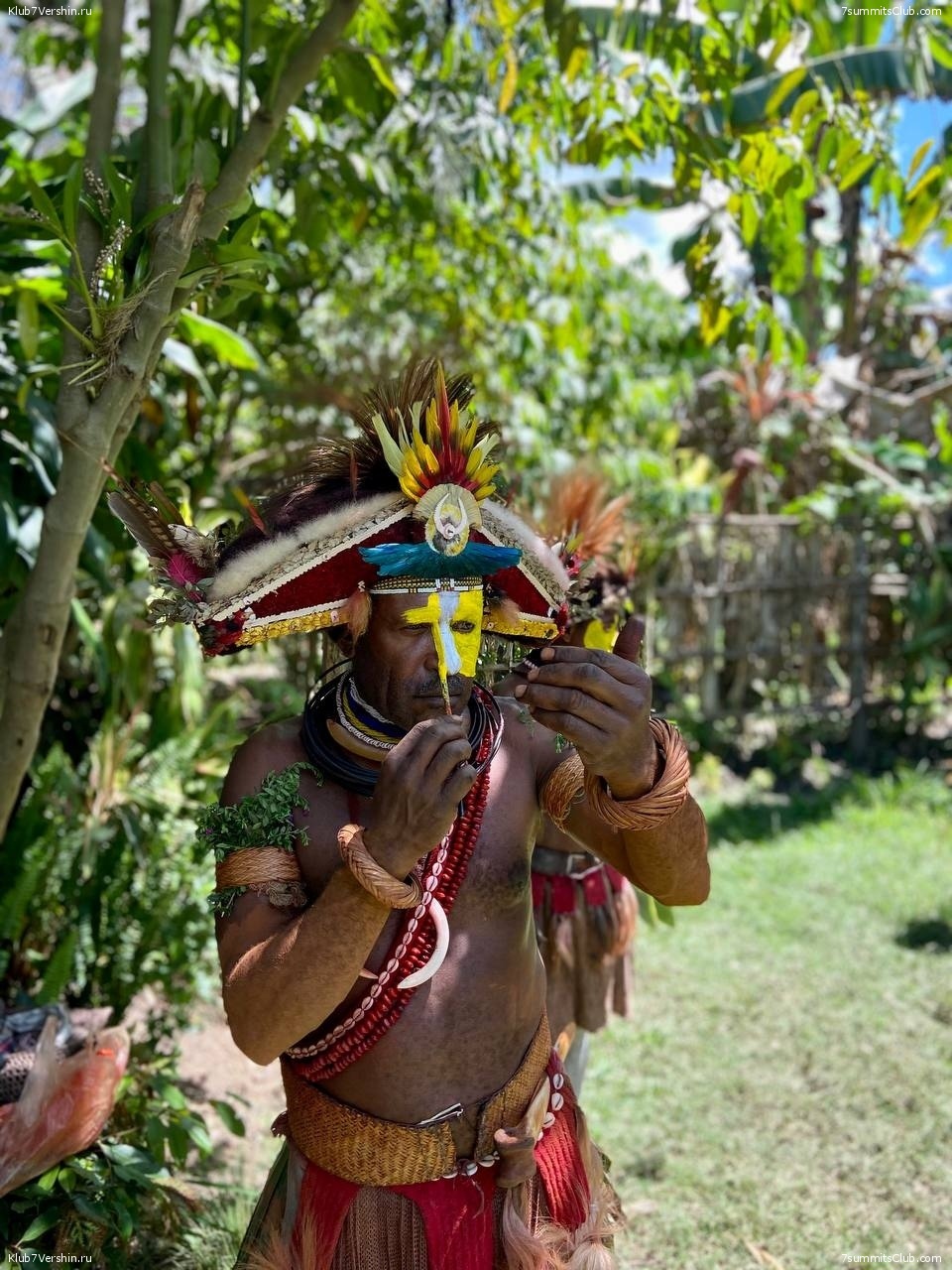 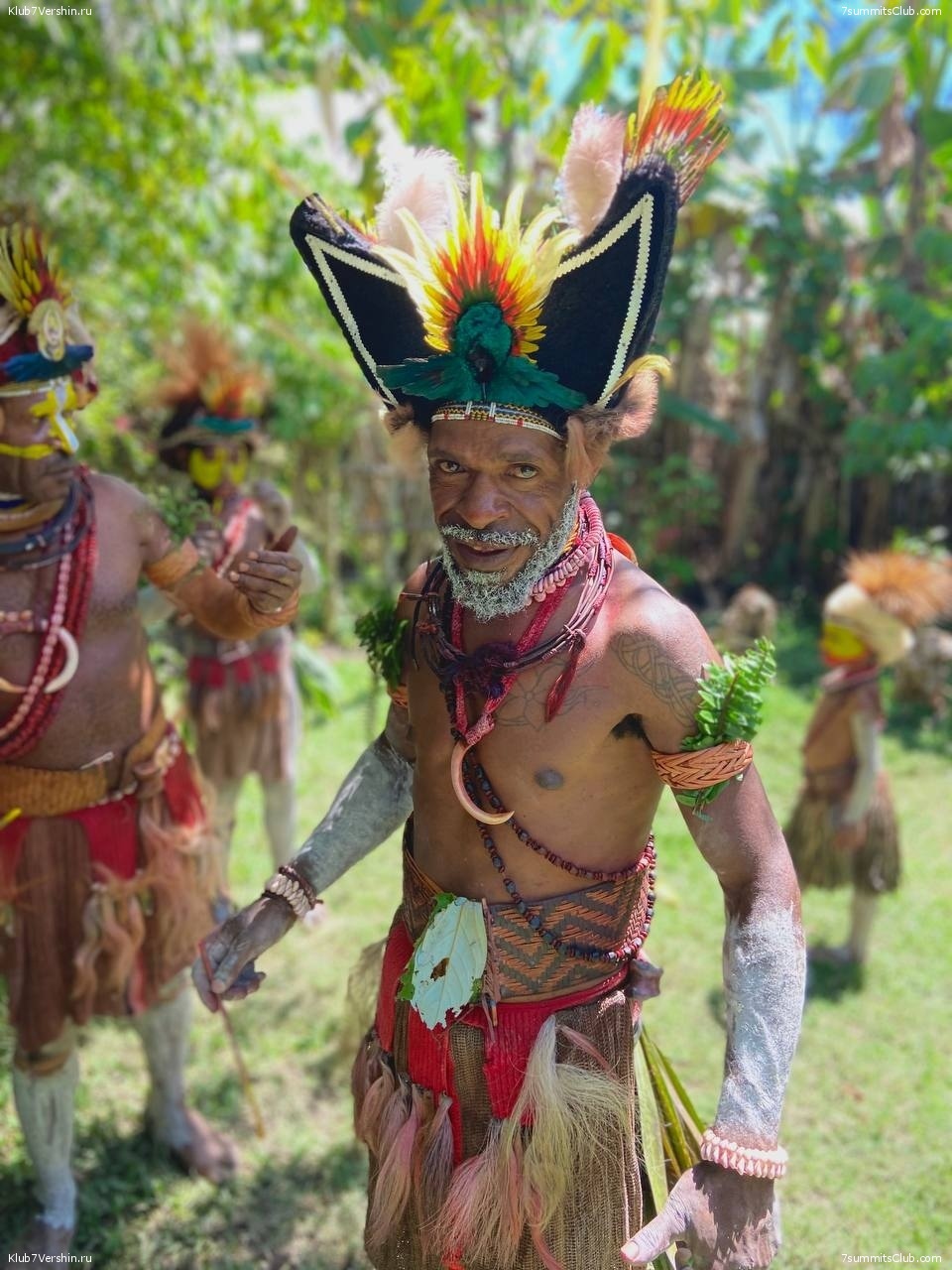 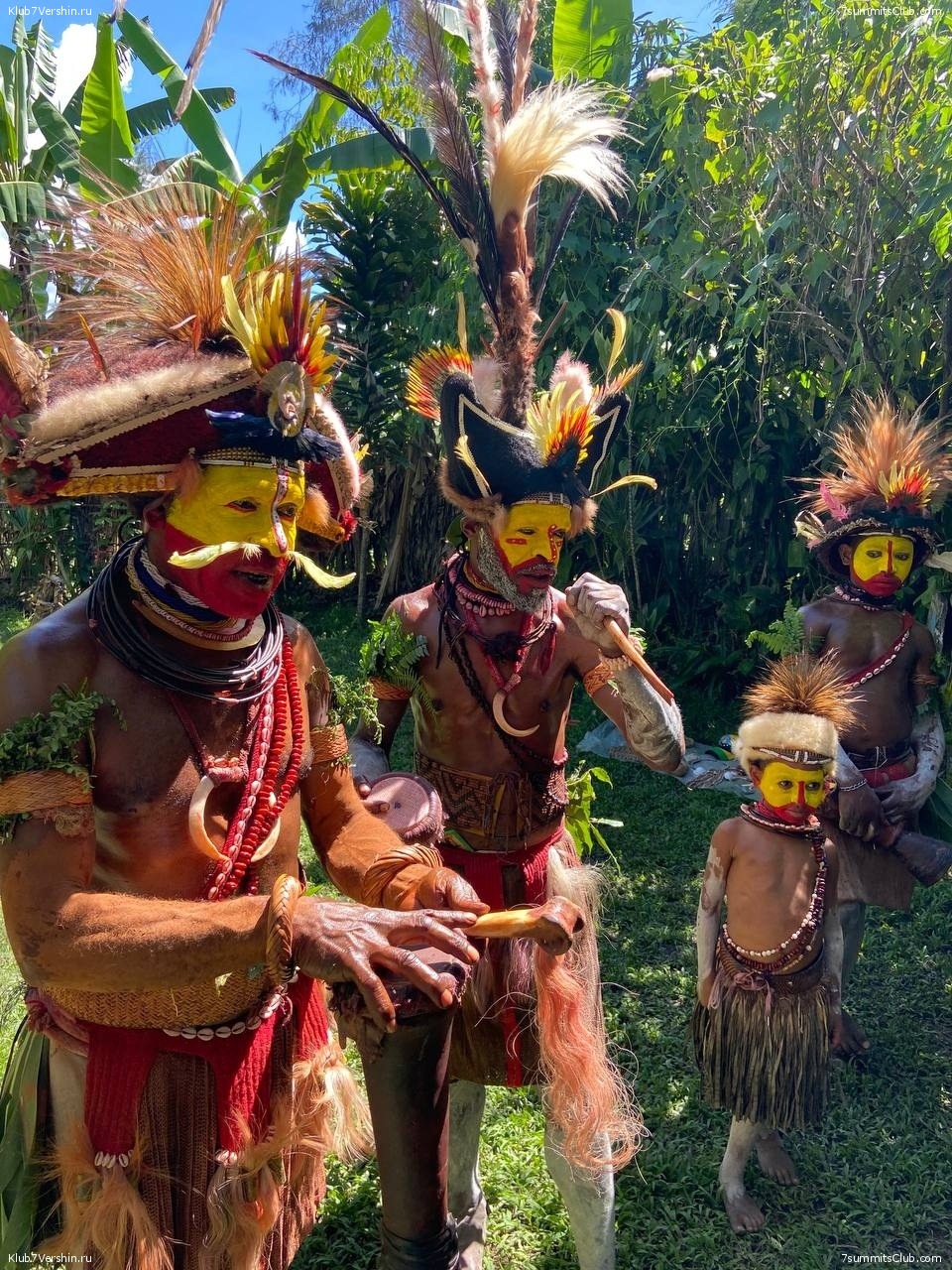 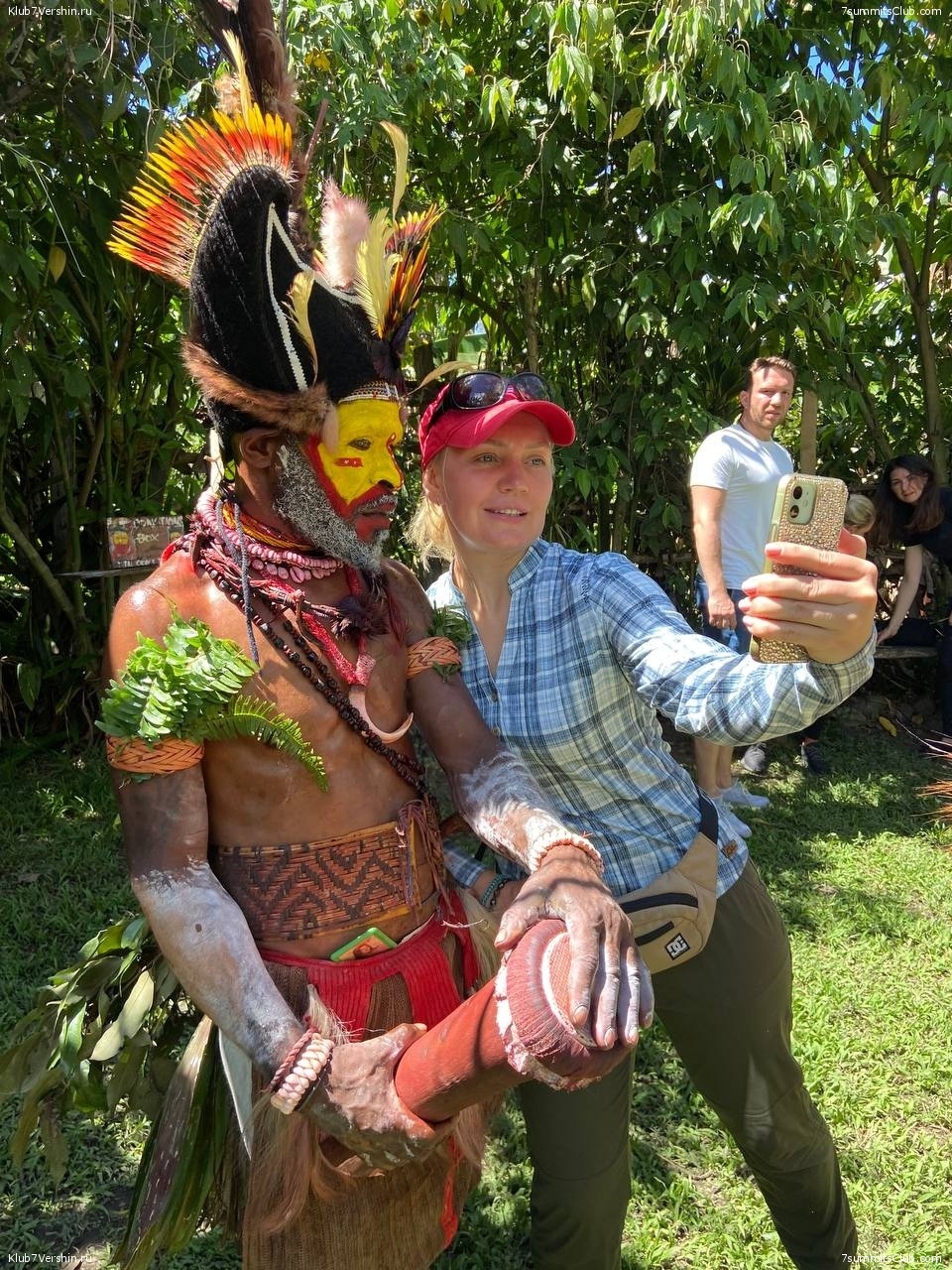 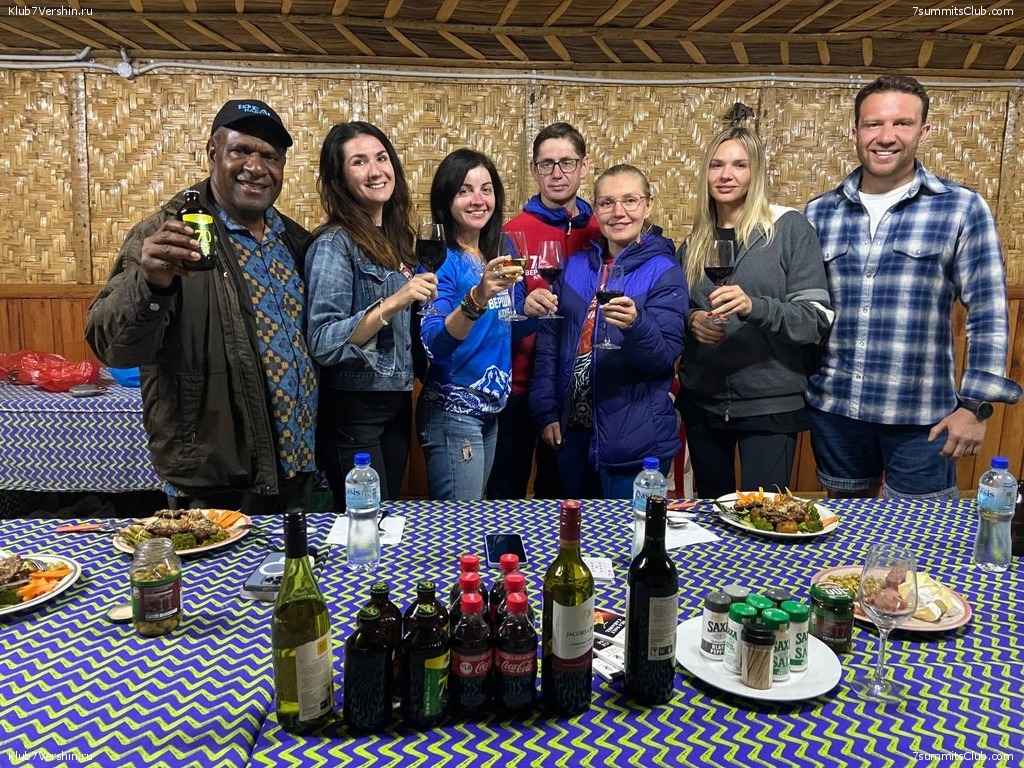 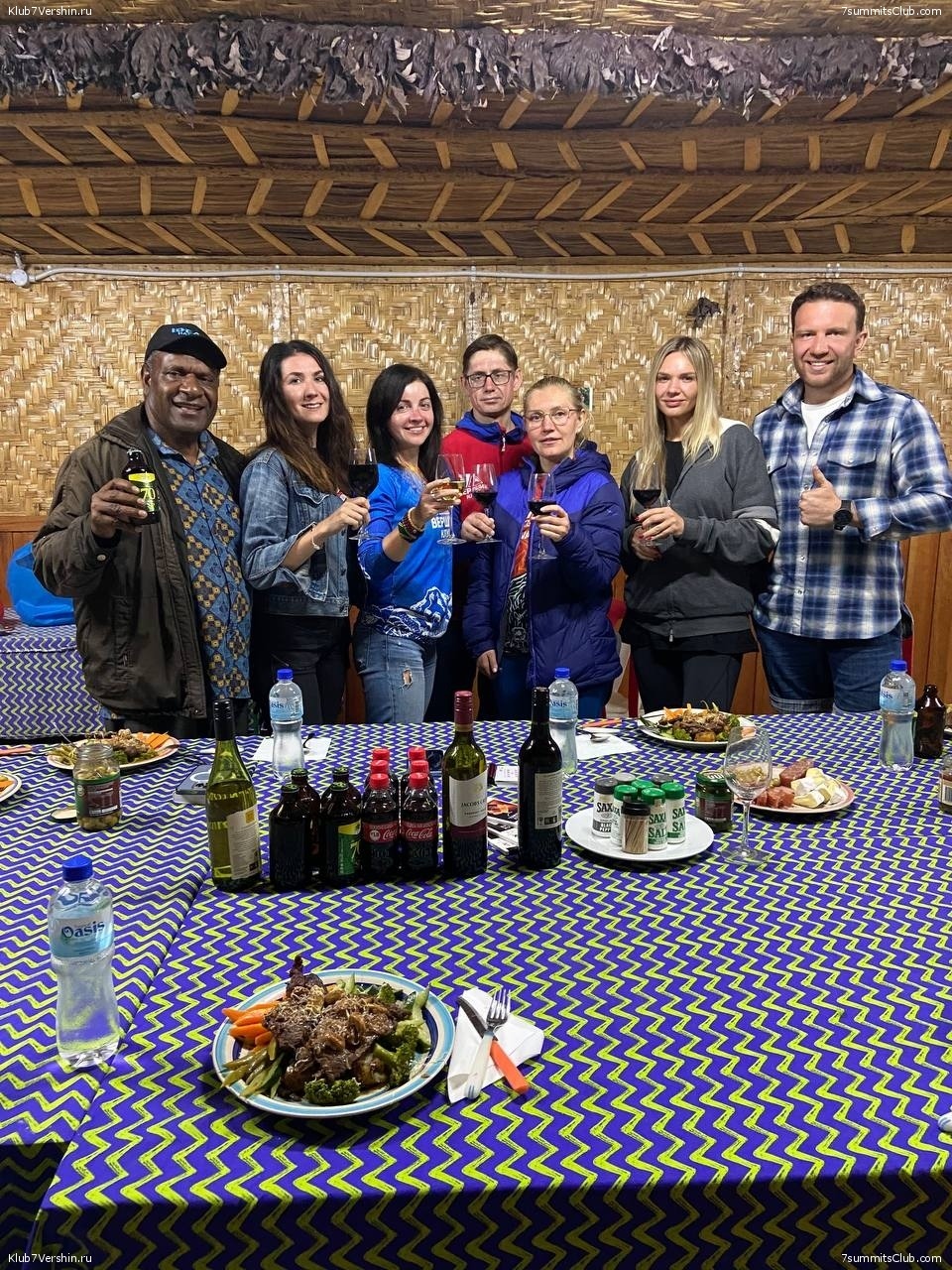 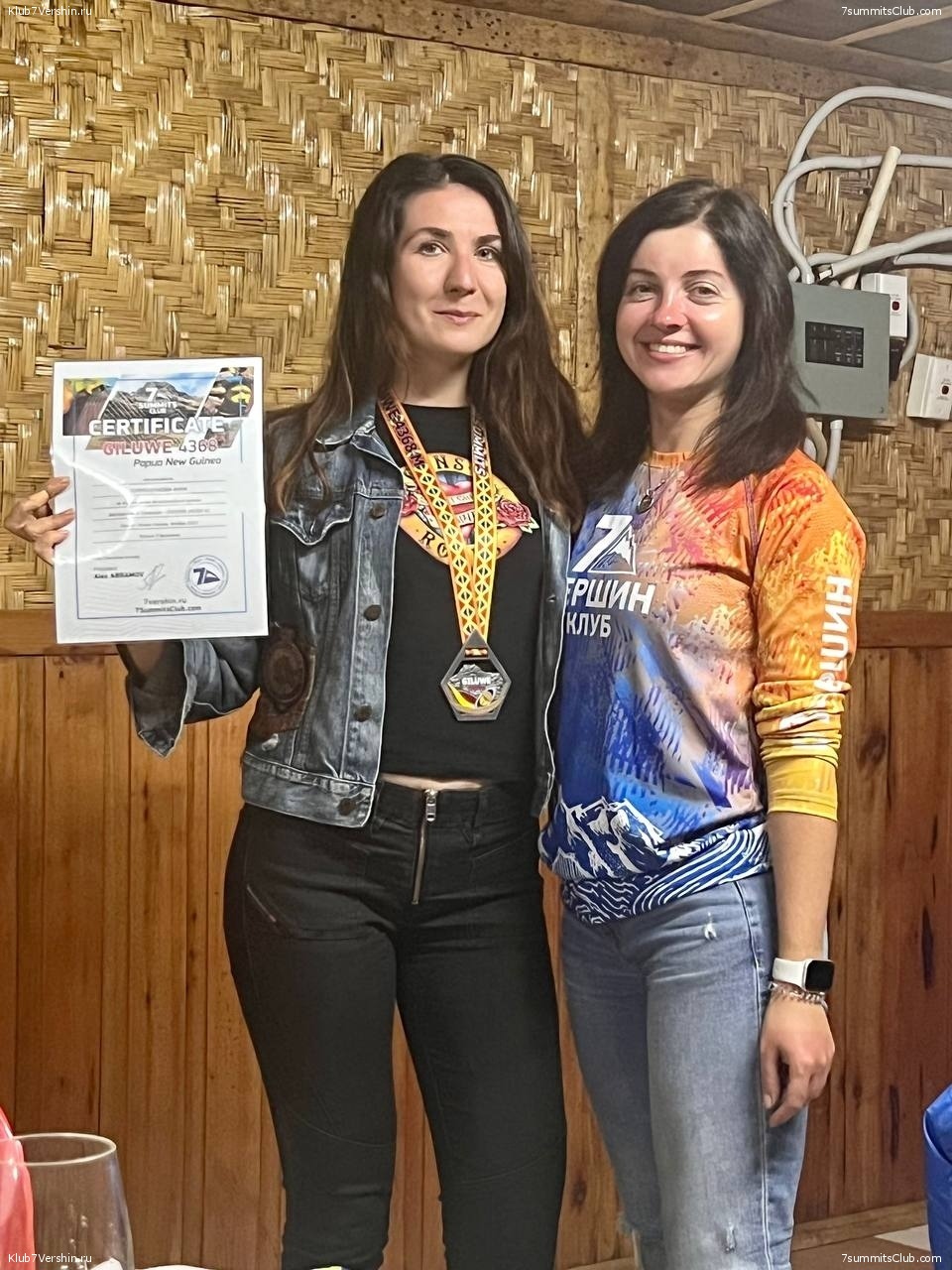 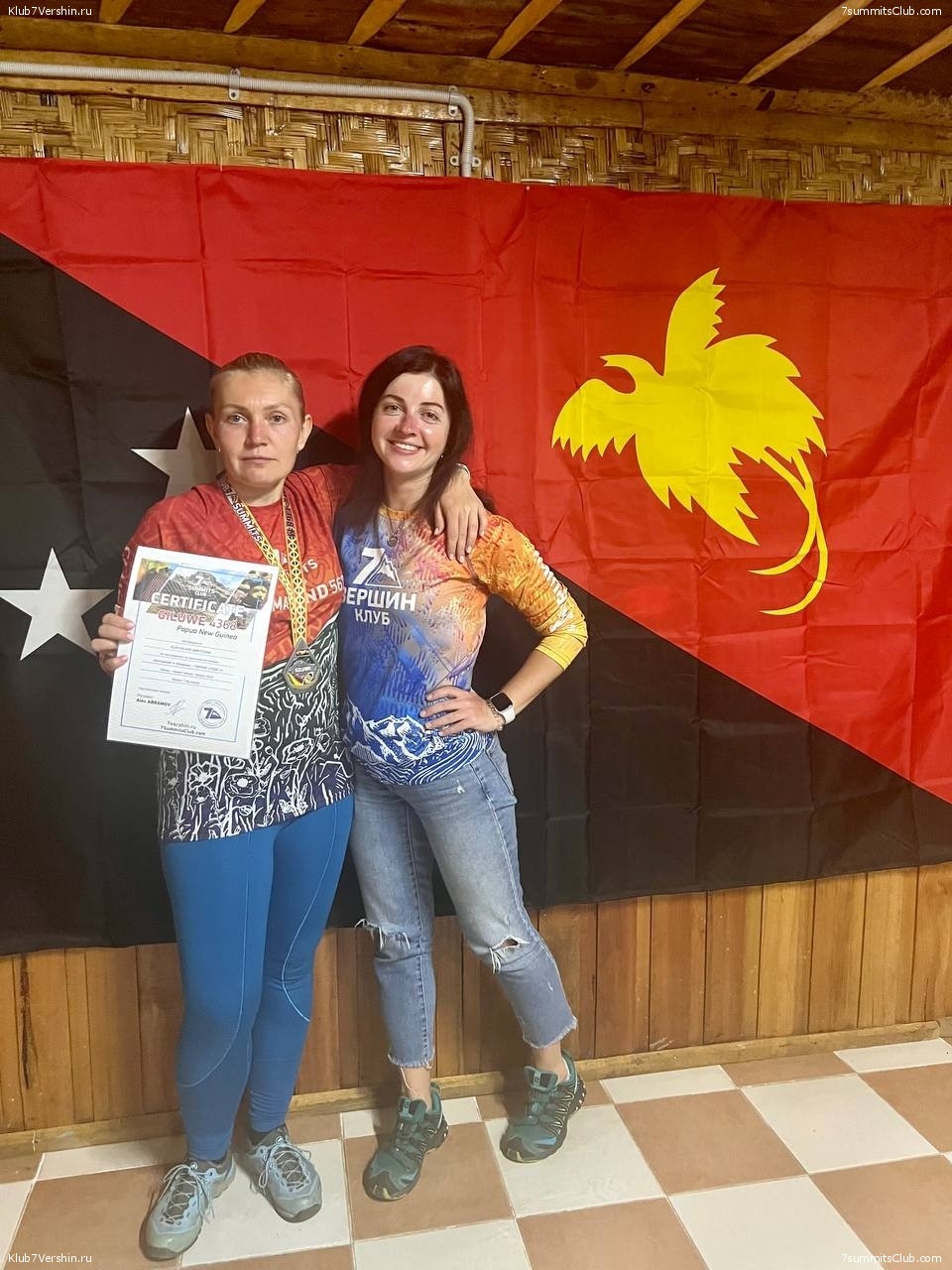 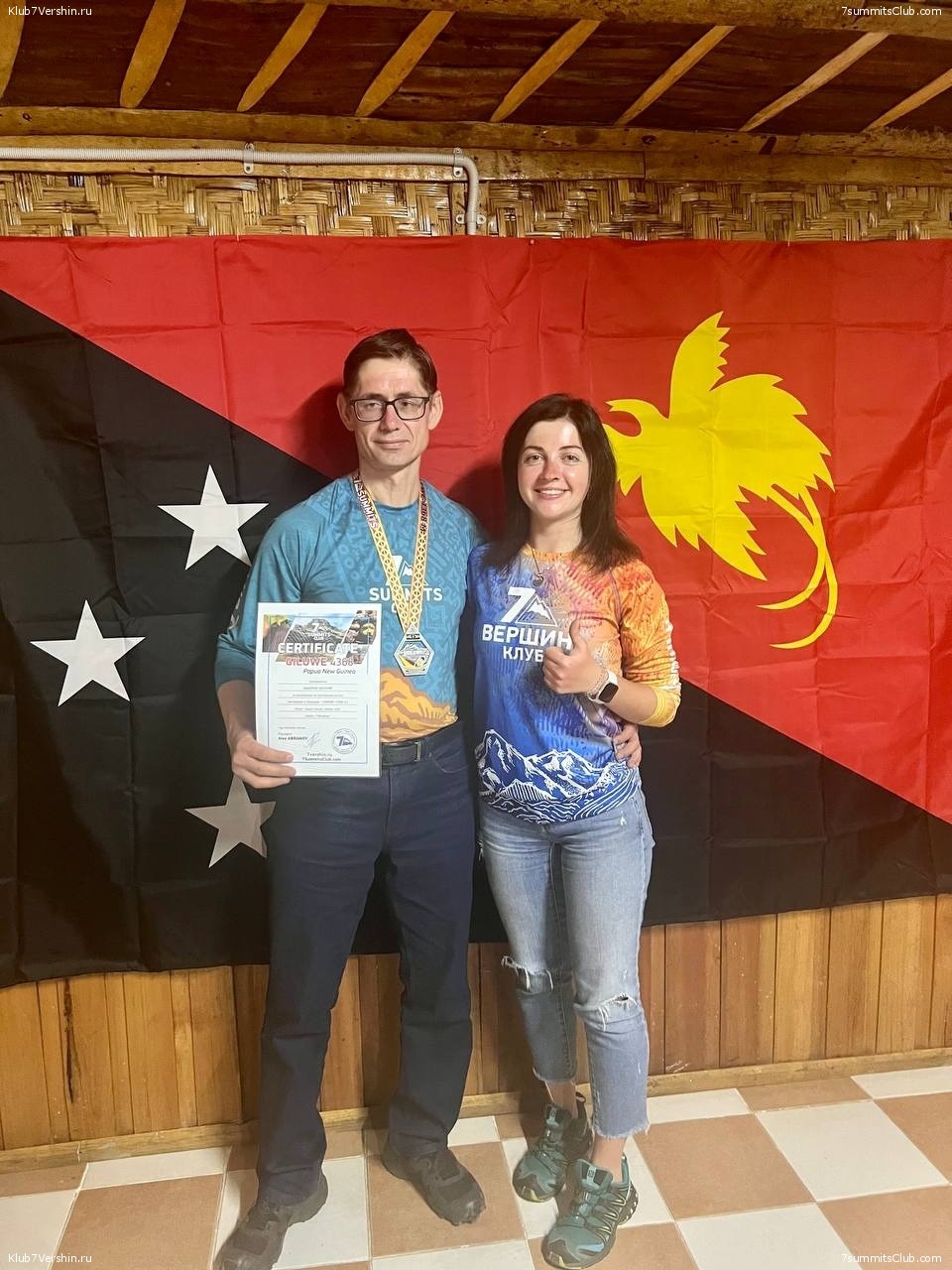 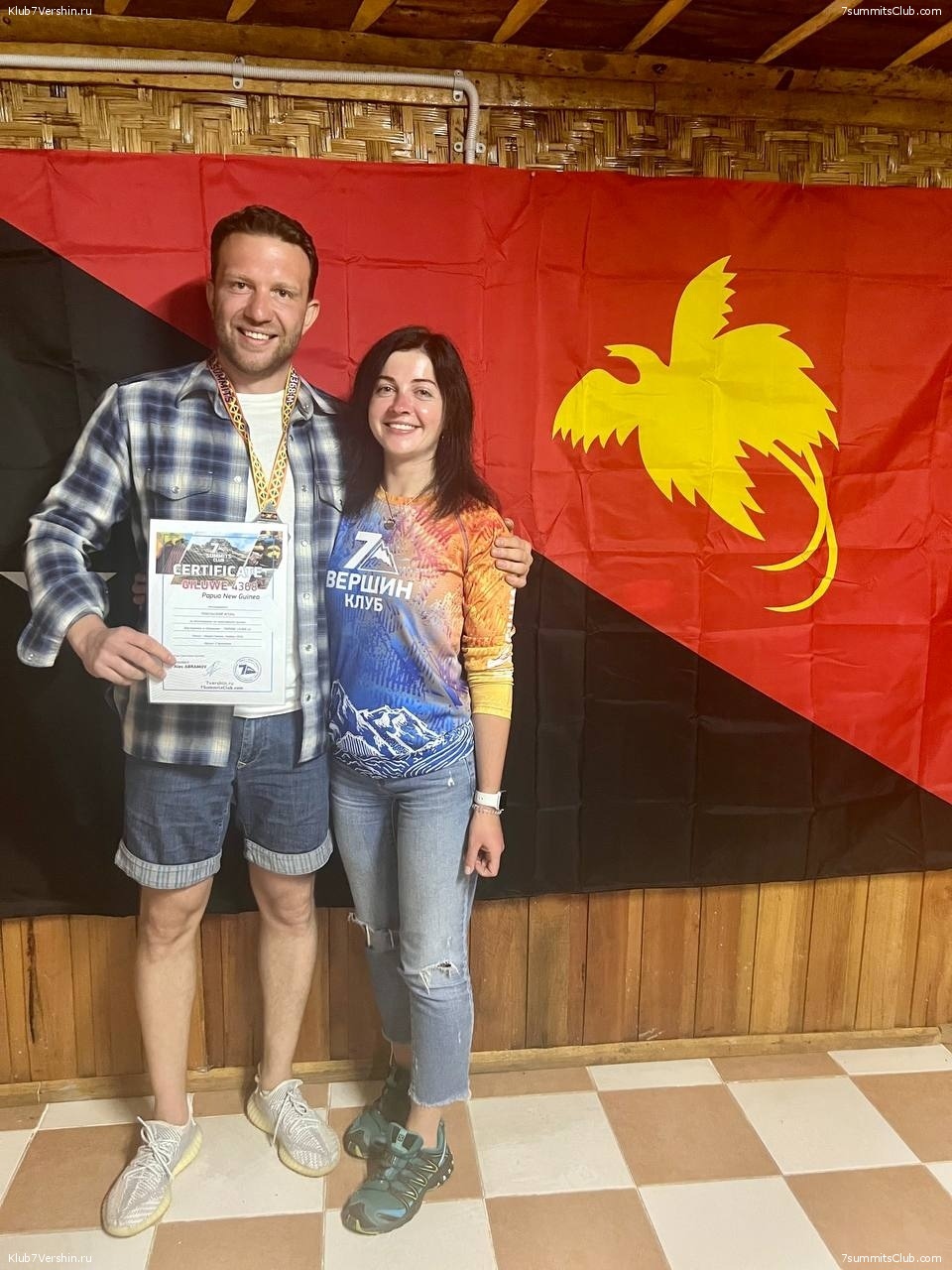 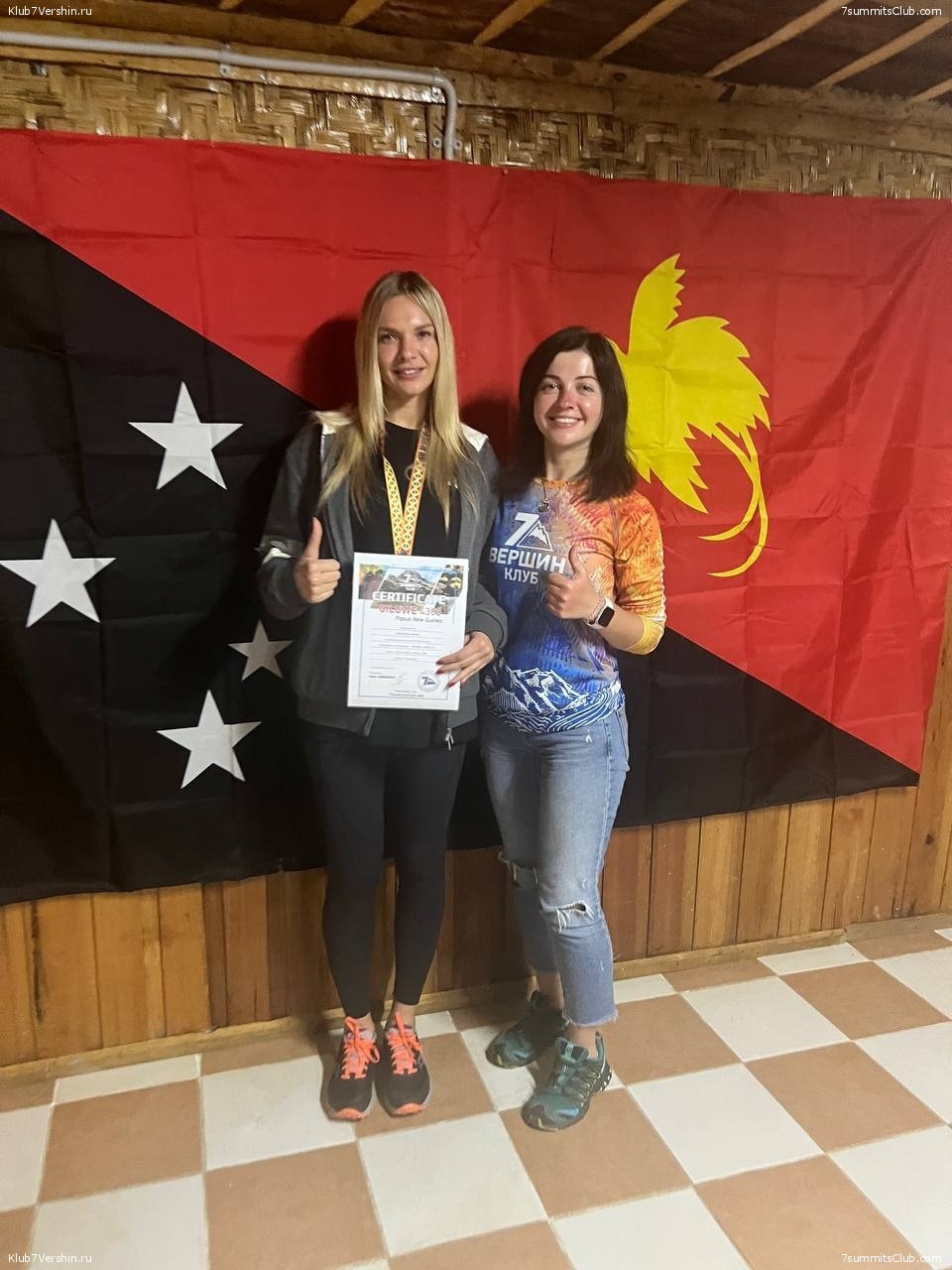