I want to climb Kilimanjaro before I die: Bill Clinton

VIENNA (AFP) – At the age of 63, former US president says he has one more mountain to climb before he dies -- and that's Kilimanjaro, the highest peak in Africa. Clinton revealed the secret goal -- along with his dream of running a ...

VIENNA (AFP) – At the age of 63, former US president says he has one more mountain to climb before he dies -- and that's Kilimanjaro, the highest peak in Africa. 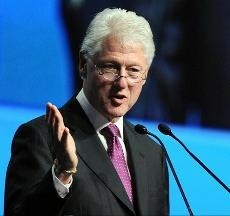 Clinton revealed the secret goal -- along with his dream of running a marathon -- while in reflective mood at the 18th International AIDS Conference, where he made the keynote speech on Monday.

He explained that one of his favourite movies was "The Bucket List," a 2007 film in which two terminally ill men, played by Morgan Freeman and Jack Nicholson, draw up a list of things they wish to do before they die, and then travel around the world to do just that.

"I'll soon be 64, so I think I'm old enough to join Jack and Morgan in making a bucket list, but I have an A list and a B list, and the B list would be fun to do but doesn't amount to a hill of beans whether I get to do it or not," said Clinton.

"I'd like to climb Kilimanjaro before the snows melt, I'd like to run a marathon before I give out, there's lots of things I'd like to do but it doesn't really matter whether I do them."

"What I'd really like to do if I could have my wishes, I would like to live to see my own grandchildren.

"And I'd like to live to know that all the grandchildren of the world will have the chance in the not too distant future to live their own dreams and not die before their time."

Located in northern Tanzania, Mount Kilimanjaro, 5,963 metres (19,563 feet) high, draws thousands of hikers a year to its long but relatively gentle slopes. Walkers stay in camps at several phases on the climb before ascending the final stage at night to enjoy the view of the African plains at dawn from the peak.

In 2009 a US study warned that the snows capping Kilimanjaro could vanish altogether in 20 years, most likely due to global warming.

A veteran campaigner who has attended every International AIDS Conference since 2002 -- this is the fifth since then -- Clinton quipped that he relished the ability to speak freely since leaving office, despite the downside of being an ex-president.

"That's the great thing about not being president anymore, I can say whatever I want," he said.

He then added to a swell of laughter from the audience: "Of course, nobody cares what I say anymore, but I can say it!" 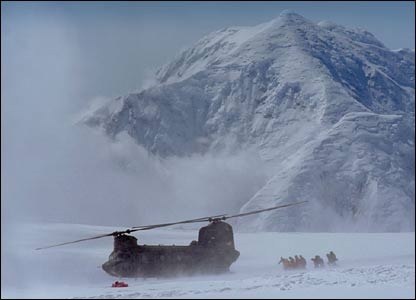