Matt Moniz, 12, and his father, Mike, stand atop the 13,804-foot Gannett Peak, Wyoming's tallest mountain. The two recently climbed the highest points of all 50 states in 43 days. Though he's only 12 years old, Boulder alpinist Matt Moniz ...

Matt Moniz, 12, and his father, Mike, stand atop the 13,804-foot Gannett Peak, Wyoming's tallest mountain. The two recently climbed the highest points of all 50 states in 43 days. Though he's only 12 years old, Boulder alpinist Matt Moniz has climbed through plenty of steep rock, snow and ice on his way to the summits of a couple of 20,000-foot peaks. But on his most recent adventure, he had to watch out for cows, too.

While trying to climb to the highest point in each state in 50 days, Matt flew in a borrowed Cessna to a rough landing strip near the Illinois high point.

"We had to fly by the runway to make sure there were no cows" before landing, he said.

He and his father, Mike Moniz, rode bikes from there to the high point, Charles Mound.

The pair stood atop their 50th high point, Hawaii's Mauna Kea, on July 16, stopping the clock at 43 days, 3 hours, 51 minutes and 9 seconds. It appears to be a new speed record for high points -- which are generally self-reported to the Highpointers Club but not verified by them, according to highpointers.org.

The Monizes started the journey when they reached the summit of Alaska's Denali, the most difficult of the 50 high points. If they couldn't get up it in a timely fashion, the goal of 50 in 50 would be impossible.

"It would be hard to put aside three weeks for Denali for the speed record," Matt said.

For Matt, the 50 in 50 goal was another adventure that helped raise awareness and money for Pulmonary Arterial Hypertension. Matt has taken up the cause because his best friend, Ian Hess, has PAH. Last summer, the Monizes climbed 14 Colorado fourteeners in eight days for the same purpose.

"After we did 14 fourteeners, we wanted to do something bigger to raise awareness," Matt said. "And not just in Colorado, in the whole United States."

Mike said this experience was different than the 14 fourteeners.

"With the 50 in 50, as much as anything, it was a cultural experience for us," he said. "We heard everything from local politics to environmental issues. It was great."

In addition to flying, Mike and Matt made a 12,000-mile loop by van -- nearly half the driving distance covered by the last group to attempt this, Mike said. Volunteers from the University of Colorado, Colorado State University, and Joel Gratz, a Boulder meteorologist who became the trip's weather man, drove them state-to-state, nearly around the clock.

In the northeast, they did six high points in one day. Mike said they often snoozed in between in the van.

Mike started climbing when he was a student at CU in the 1980s. Matt's enthusiasm for climbing -- sparked by a trek to Everest Base Camp -- has rekindled his, he said.

"Matt got me re-energized in mountaineering, in the alpinist world."

Matt also serves as an ambassador for Outdoor Nation, which focuses on getting kids outdoors. Mike said he likes for the family to include community service in their climbing.

Matt wasn't sure what they'll do next summer.

"We're thinking about next year taking a little bit of a break, slowing it down a little bit, maybe doing some individual rock and ice climbs," he said.

"Maybe not do any big expeditions for a while." 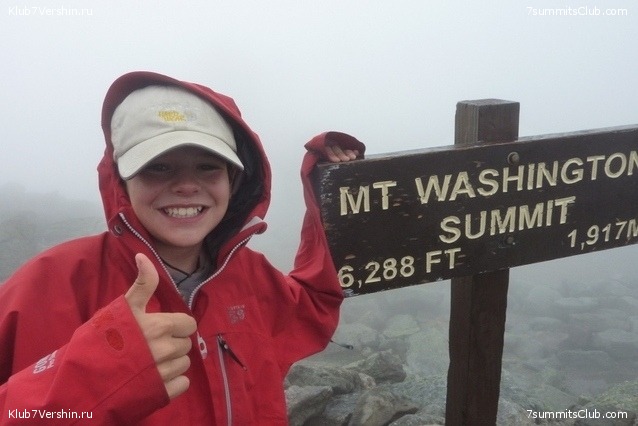