In September 2016 GRIT&ROCK announced a launch of an annual international FIRST ASCENT EXPEDITION PRIZE to enable female first ascents. The award, the largest of its kind globally, will fund a female-led expedition team up to the ...

In September 2016 GRIT&ROCK announced a launch of an annual international FIRST ASCENT EXPEDITION PRIZE to enable female first ascents. The award, the largest of its kind globally, will fund a female-led expedition team up to the amount of GBP5,000. The aims of the annually awarded prize is to promote and encourage female participation in pioneering alpine ascents. The Award is open to individuals and climbing teams with majority female participation and is meant to provide funding for those who need it most.

Masha Gordon, the founder of Grit & Rock, explains: "During my Explorers Grand Slam record bid [She holds the female speed record—Ed.], I spent over a hundred days in various base camps around the world where I have encountered quite a few budding female alpinists in commercial groups doing normal routes on high altitude peaks," Gordon said. "That contrasted with very few independent women climbers who were part of the teams launching alpine-style ambitious summit bids. That made me wonder about the disconnect. I looked at the history of Piolets d'Or, the Oscars of Alpinism, and discovered that in its twenty-four-year-long history it has been won only twice by women. Fewer women alpinists get sponsored as brand athletes.... As a result, women get less expedition experience and, perhaps, dare less, feeling unqualified. This vicious cycle creates an unintended high-altitude glass ceiling. Our $6,000 First Ascent Expedition Grant was designed to act as a catalyst to encourage more competent female alpinists to launch their first ascent bids."

Gordon said she wasn't sure how much interest there would be when she announced the grant. "Our fear was that we would get few applications," she said. "So far, the queries we've had came from highly competent climbers. So far, so good!"

The selection panel consisting of Lydia Bradey, Catherine Destivelle, Victor Saunders and Lise Billon will award the first prize in February. Bradey was the first woman to summit Everest (8848m) without supplemental oxygen in 1988. Destivelle did an eleven-day solo first ascent on the Petit Dru (3732) in 1991, the Destivelle Route (VI 5.11b A5, 800m), and the following year she became the first woman to complete a solo ascent of the Eiger Nordwand, which she did in winter in 17 hours in 1992, among many other climbing feats. Saunders is still blazing new routes in alpine style at age 66, which he did earlier this month on Sersank Peak (6050m) with Mick Fowler in the Indian Himalaya. Billon is a 2016 Piolet d'Or recipient for the second ascent of Cerro Riso Patron (2550m) in Chile via a new route called Hasta las Webas (AI5+, M5, ED- 1000m), which she climbed with Jerome Sullivan, Diego Simari and Antoine Moineville. "If we can encourage women to think outside of the box, lead their own expeditions and explore routes in remote parts of the world, it would be a fantastic achievement," Bradey said.

"Our Foundation's goal is to help raise a generation of brave and confident girls through the power of [the] outdoors," Gordon said. "These girls need role models. This prize is aimed at helping create them." 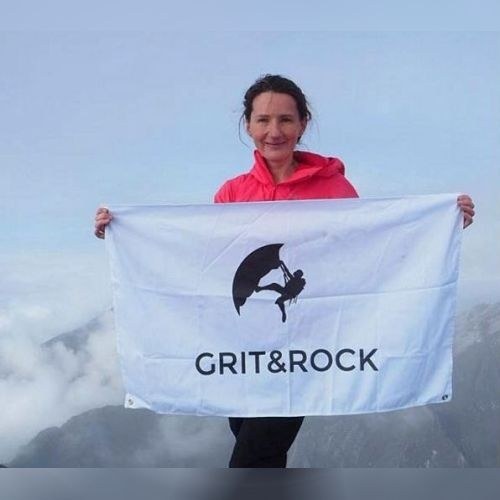