Over the course of the Lunar Reconnaissance Orbiter mission, the LOLA team has diligently watched as the highest point on the Moon got higher and higher. No, the Moon is not expanding, but rather the LOLA profile coverage increases each month so the chances increase that a ground track will pass directly over, or very near to the highest point. The highest point on the Earth is at the summit of Mount Everest, which is 8,848 meters (29,029 feet) above sea level. The lunar high point is 1938 meters higher than that of the Earth ! However there are several major differences between the two points. Mt Everest is a relatively new feature on the Earth.

It was formed as tectonic plates collided and pushed up to astonishing heights what was once seafloor, over the course of about 60 million years. The lunar high point is very ancient, and was possibly formed as ejecta from the enormous South Pole Aitken basin piled up during this cataclysmic event, in a matter of minutes, more than 4 billion years ago. Another key difference between the two highest points is slope. The flanks of Mt Everest are very steep, while on the Moon the approach to the summit has slopes of only about 3°, assuming you skirt around impact craters.

According to Mark Robinson, chief of the Lunar Reconnaissance Orbiter (LRO) camera team the lunar high point is 10786 meters high! 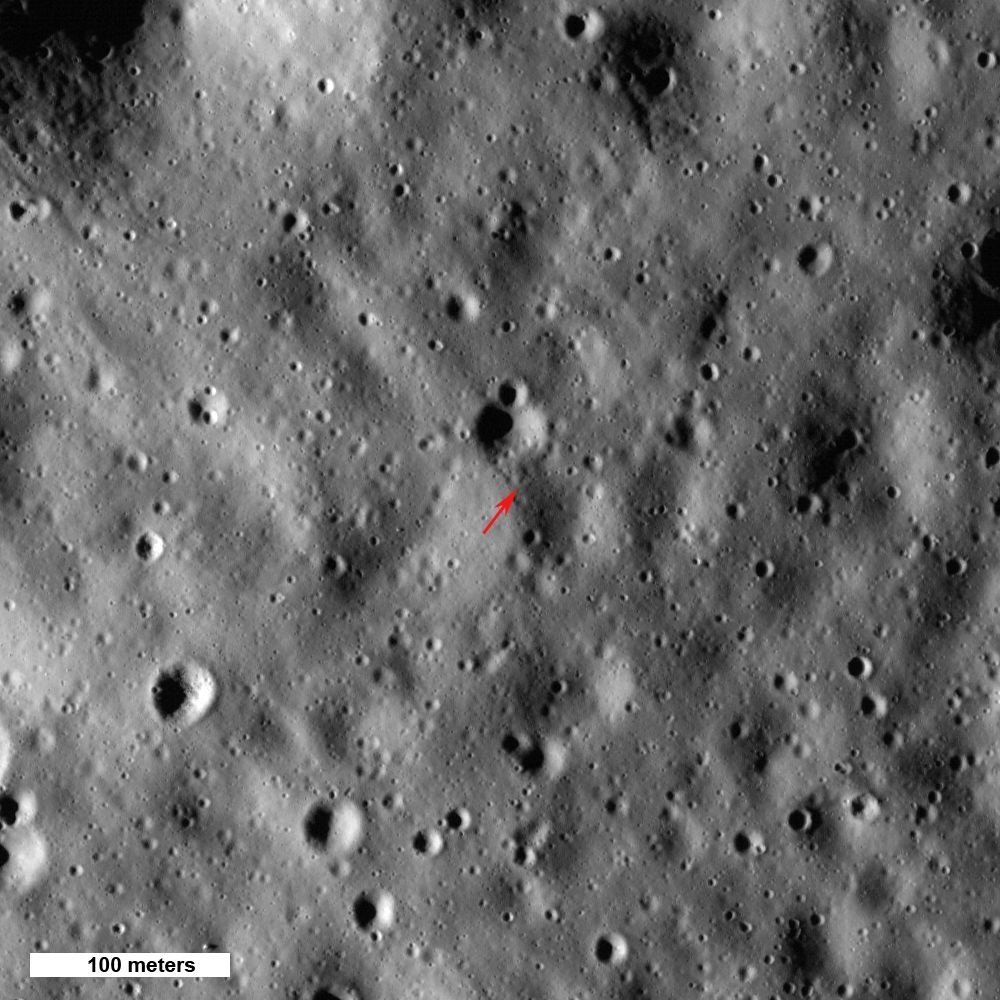 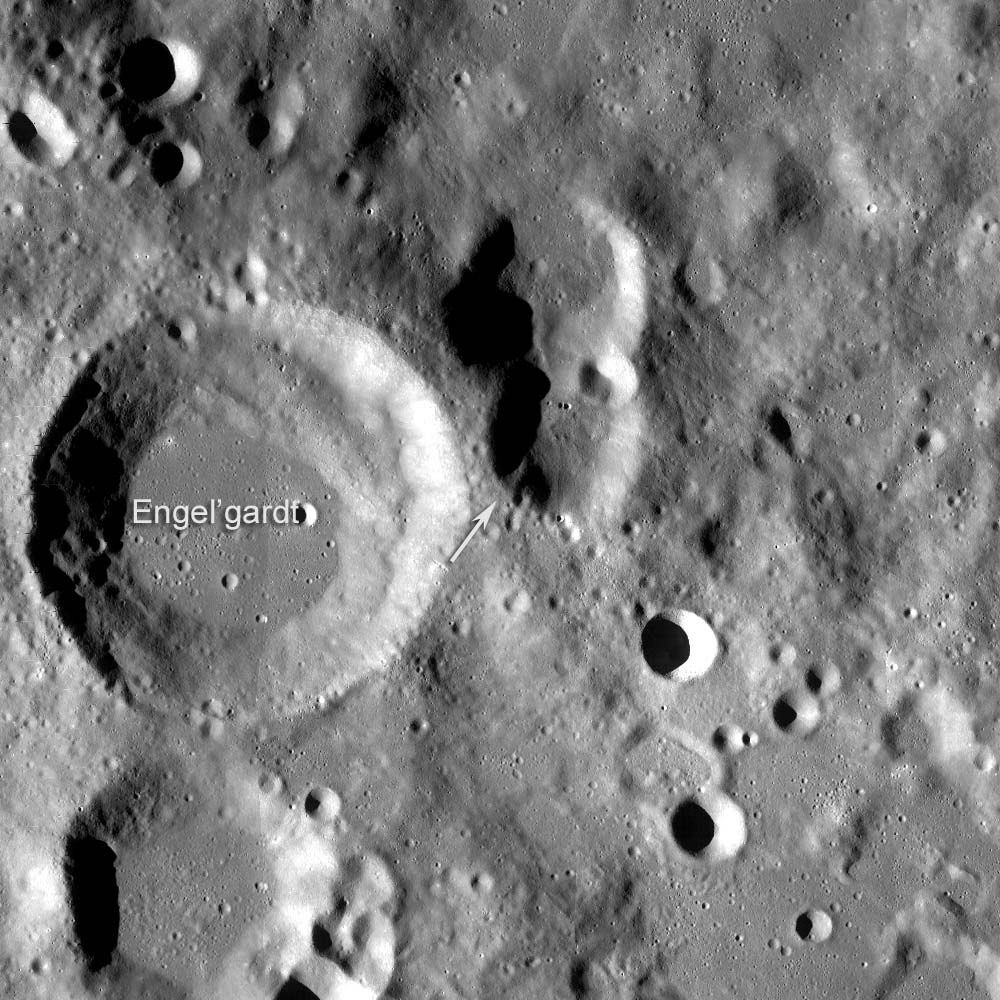 The selenean summit was identified using an instrument known as the Lunar Orbiter Laser Altimeter (LOLA) also mounted on the moon-circling LRO satellite. As the LRO sweeps along just 30 miles above the lunar surface (it can orbit so low due to the lack of any atmosphere) the LOLA laser generates a record of the peaks and troughs beneath.

Once the LOLA had identified the lunar highpoint's general vicinity, an allied team of boffins in charge of the spacecraft's camera took over for the final precision fix.

Once the LOLA team had the spot narrowed down to a small area, the LROC team commanded a NAC stereo pair (12 August 2010) to get an even higher resolution measurement of the elevation and coordinates of the highest point. Once the stereo pair was on the ground, the LROC team processed the images into a digital elevation model (DEM), or topographic map.

Though it is actually higher than the peak of Mount Everest, as the photo shows the moon's topmost spot is far less dramatic - more in the nature of a high plain or plateau, with the ground sloping away around it at no more than 3° according to Robinson (apart from impact craters). It lies near the Engel'gardt crater on the fringe of the Korolev plain, on the lunar far side. Robinson considers that it was probably formed by ejecta - molten rock - piled up during the cataclysmic South Pole-Aitken meteor impact over four billion years ago.

The LRO was launched back when NASA was still expecting to send humans back to the Moon in the near future, and perhaps to establish permanent inhabited bases there. Thus it was of the first importance to thoroughly map the surface, in order to avoid hairy landings into the unknown like those made by the early Apollo astronauts.

Though President Obama has now decreed that there will be no return to the Moon, the LRO has still made many interesting discoveries