KATHMANDU: On a day of double celebration in Nepal -- Bhai Tika or Brother's Day, and the start of the Newari new year 1131 – tragedy struck in the Himalayan ranges in the north as a helicopter rescue operation for two Japanese climbers ended in a crash at 6000m above sea level, killing both the pilot and his companion.

While Nepal was celebrating its four-day Tihar holiday, Nepali pilot Sabin Basnet and technician Purna Awale were scouring the upper ranges of Mt Ama Dablam – meaning mother's necklace – a Himalayan range whose main peak juts up to 6812m above sea level. They had been sent by domestic airline Fishtail Air to airlift two Japanese climbers who had fallen ill.

After successfully rescuing the first climber, the two men went back for the second when high winds buffeted the aircraft and caused it to crash while trying to land. Two other helicopters sent to locate the missing chopper and its crew had to search the area for hours before they could locate the wreck and the bodies. Fishtail officials said they have now started the difficult operation of bringing the bodies down from the inaccessible mountain range.

This is the second air accident since August that resulted in casualties. In August, an aircraft crashed near Kathmandu valley, killing all 14 people on board, including a Japanese tourist. Last month, three Japanese climbers and their Nepali guide were swept away by an avalanche while climbing Mt Dhaulagiri, the seventh highest peak in the world.

The best high-altitude pilot, a real pioneer of rescue above 7000 m -  Sabin Basnet 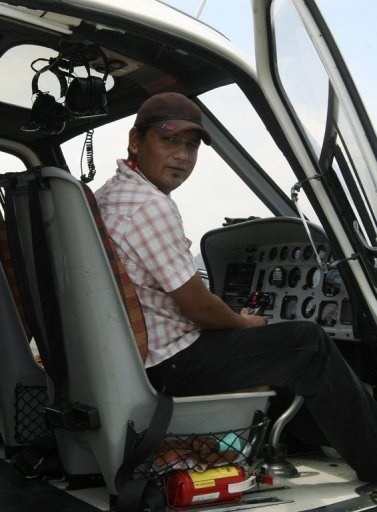 With swiss team after Lantang flight to find Tomas Humar 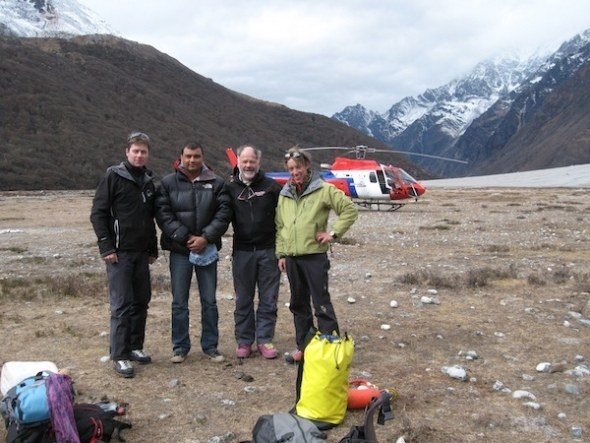 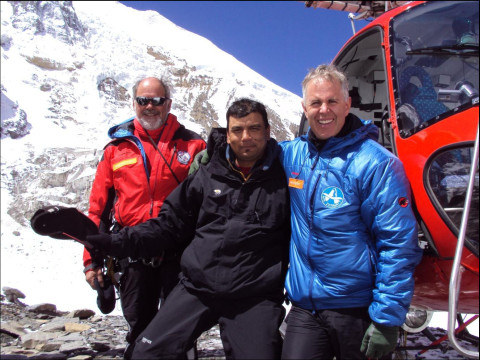