Today Annapurna relented and took a large group of climbers have long dreamed of meeting with this summit. First of all, it should be noted the ascent of Koreans Oh Eun Sun, who went in history as the first woman who ascended to all 14 eight-thousanders. Reporting on its landmark ascent was on Korean television.

Except Koreans and her team (5 Sherpas + 2 cameramen), the peaks reached by Romanians Horia Colibasanu, then a team of Peter Pustelnik, King Baranovskaya (Poland) and Peter Hamor (Slovakia). Thus, Peter Pustelnik also completed a program of 14 eight-thousanders. Later, our honored, great climber Sergey Bogomolov and Eugene Vinogradskii reached the top. Both, close friends of the club 7 Summits, traveled with us and worked as guides with our groups. We hope that the descent of the company's to base camp will take place without incident. Then we could raise a glass for them. 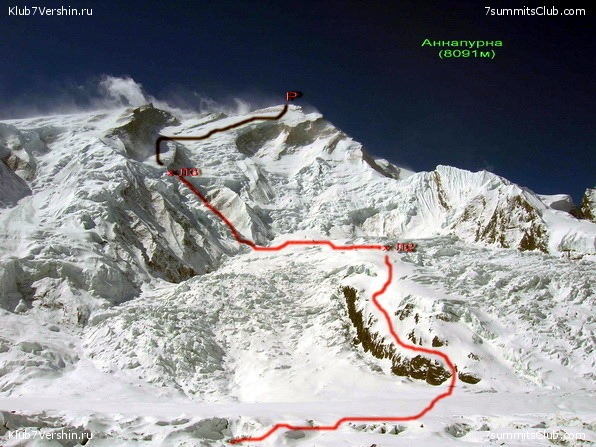