It would seem that Californian Jordan Romero set a record that may never be broken. According to The Times of India website, the China Tibet Mountaineering Association, which governs climbing on Mount Everest’s north face, recently decided to set age limits on who could scale the mountain.

In short, only people between the ages of 18 and 60 will be allowed to climb the mountain. Exceptions can be made for those as young as 16, but anyone younger than that is out of luck.

Nepal already has restrictions barring anyone under age 16 from climbing Mount Everest. China and Nepal share the mountain along their common border. Mount Everest is 29,029 feet tall and is the world’s highest mountain.

Jordan became the youngest person to ever climb Mount Everest last month. He’s 13. I’m not certain what this will do to his plans to climb Cho Oyu, another Himalyan peak along the China-Nepal border. Cho Oyu, the world’s sixth-highest mountain.

Some plans had already been made to break Jordan’s record. According to The Times of India, a Nepalese climber had sought to train 11-year-old Nepali children to break the record. Those plans are now dashed. The online report said the China Tibet Mountaineering Association made the new restrictions in reaction to Jordan’s climb — and the ensuing controversy...

Jordan Romero welcomed in our base camp club-tent 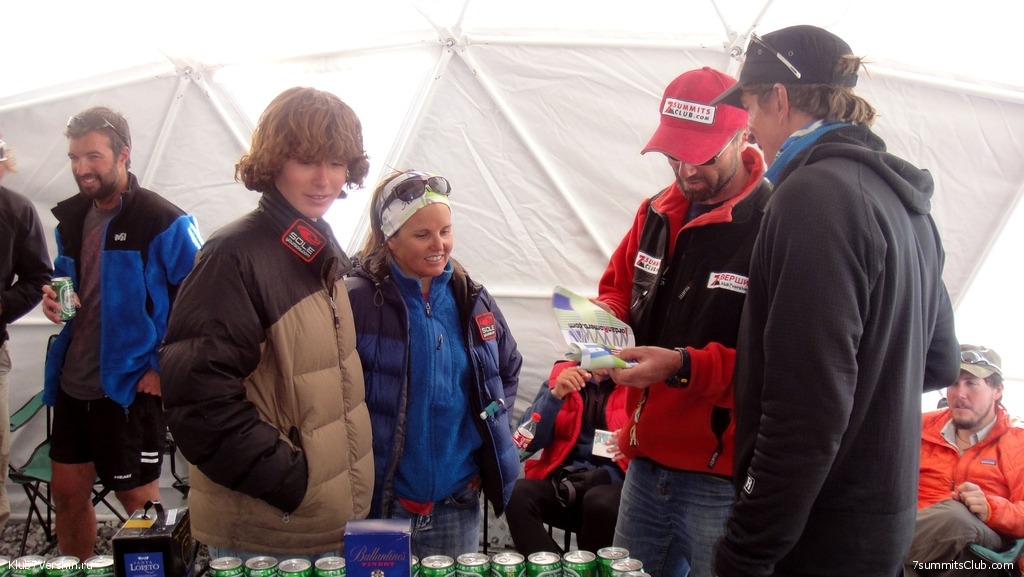