A group of climbers 7 Summits Club on Sept. 23 flew to the Caucasus, and had settled in the hotel Povorot in Terskol. September, 24 they made acclimatization outing up to the Pastukhov Rocks. September, 25 in the morning the team started the Elbrus climb. In the group were: Alexander Abramov (leader, guide and president of the 7 Summits Club), Sergei Onufrienko (guide), Ilya Shershnev, Dmitry Freiman, brothers Petr and Pavel Tolstykh.

At a good pace climbers went up from Pastukhov Rocks to the saddle of Elbrus (5300 m). However, here, on one of the Tolstykh brothers decided to turn back. Although, according to Abramov, he was in a good shape. Nevertheless, the two brothers and guide Onufrienko at 10:00 a.m. went down. Abramov, Shershnev and Freiman started climbing to the western summit (5642 m).

At about 10-30 a.m. they saw at a distance app. over one kilometer people who scream calling for help. Without hesitation, the group refused to continue climb and started to traverse to the victims. It turned out to be Polish climbers, young guy and girl. They slipped on descent from the summit and received multiple injuries when falling. The guy apparently had broken his leg and could not go by himself. Girl with a collarbone injury, minor injuries on hand and head could go. She was taken to a rescue hut on the another side of the saddle. The construction of this shelter was completed only on 1 September.

Unfortunately, the telephone and radio link on the saddle of Elbrus still does not work and to call for rescuers you need to go lower, about half hour. Except our group and Polish couple, only four climbers made the climb on this day. At 12:15 one of guides of the other group went down and called to the rescue services. The Polish girl and Dmitry Freiman left later down with Lisa Pahl, another Elbrus guide who was with a client. Alexander Abramov and Ilya Shershnev were stayed with the injured Polish climber. With great difficulty they dragged him to the hut. It takes about two hours of hard work. Approximately 3.30 p.m. four rescuers reached the hut, they provided medical assistance and at 4.00 p.m. started transportation. Approximately at 5.30 p.m. the group reached the Pastukhov Rocks, where a snowcat was waiting for them. The same evening, the Polish climbers were taken to hospital. 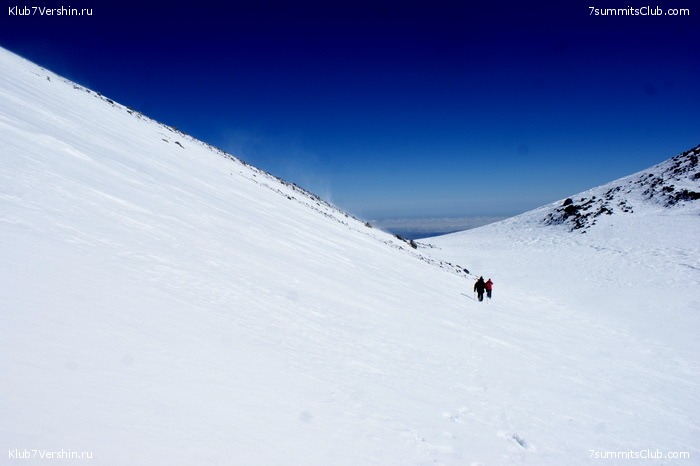 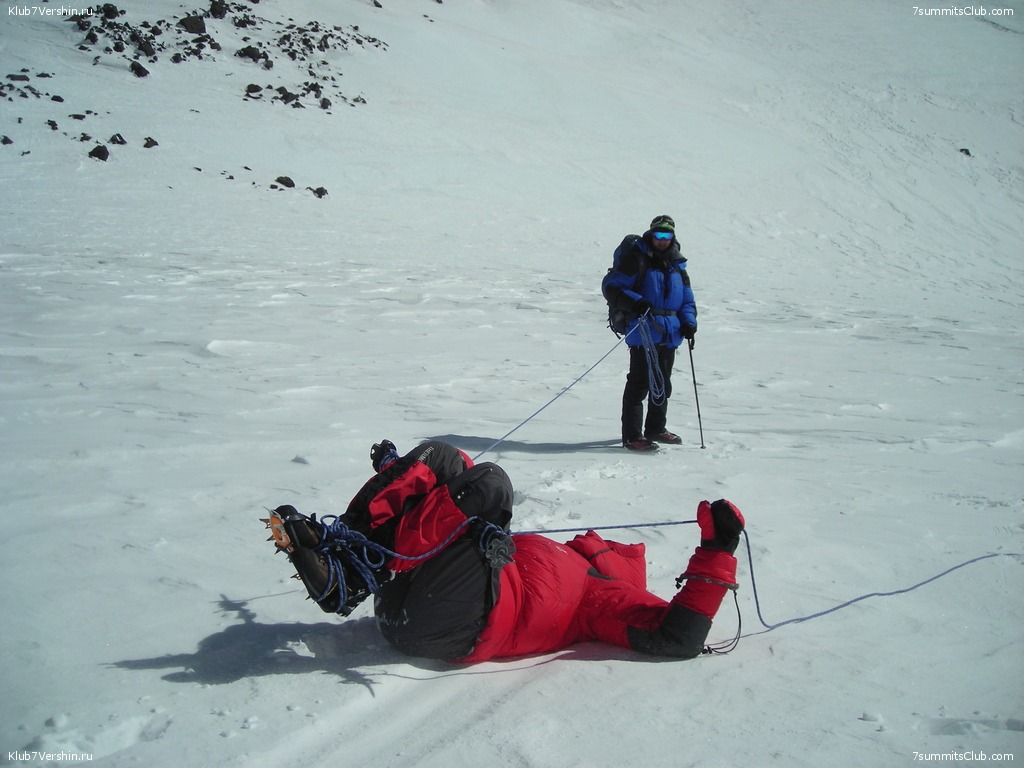 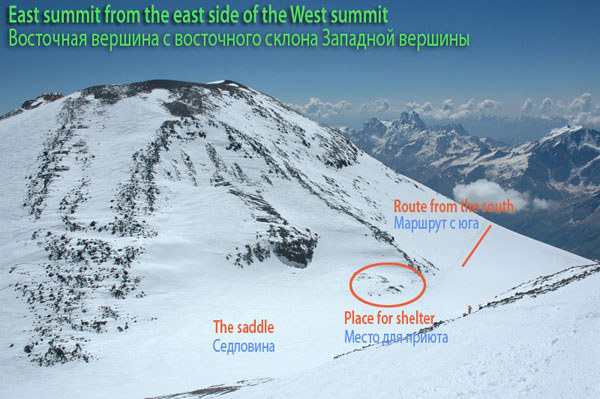 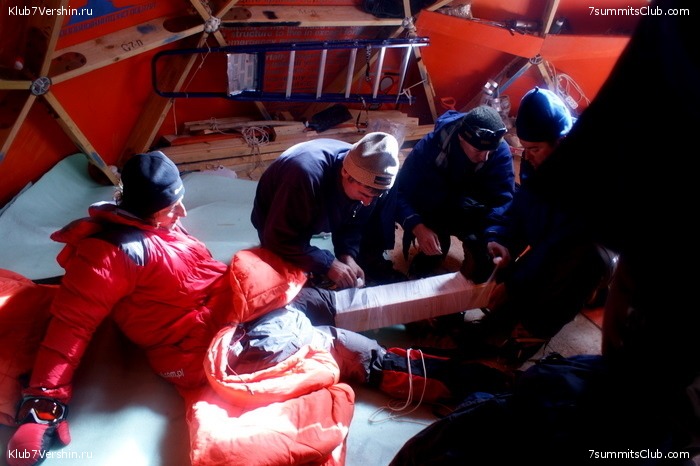 Alex Abramov - on the left and rescuers 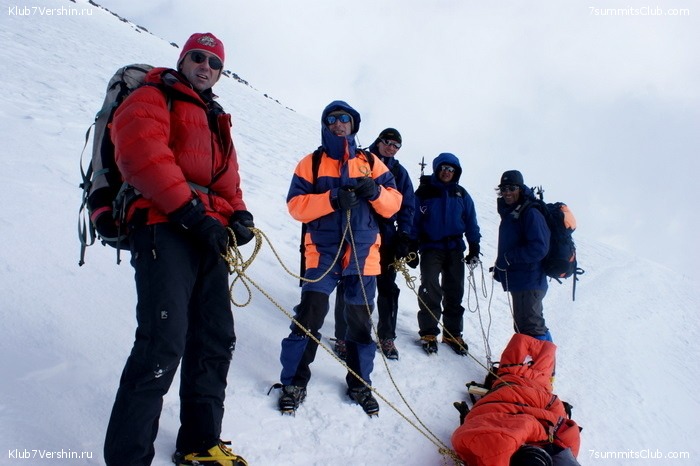 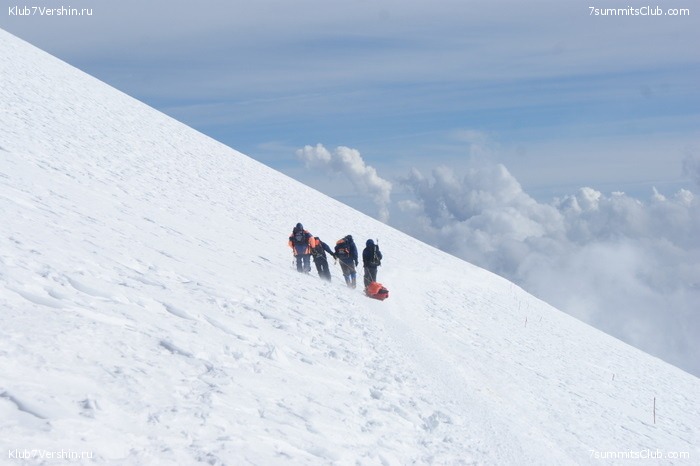 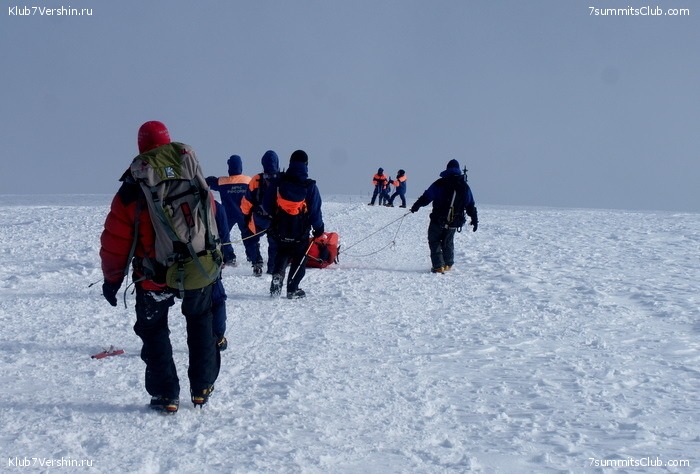 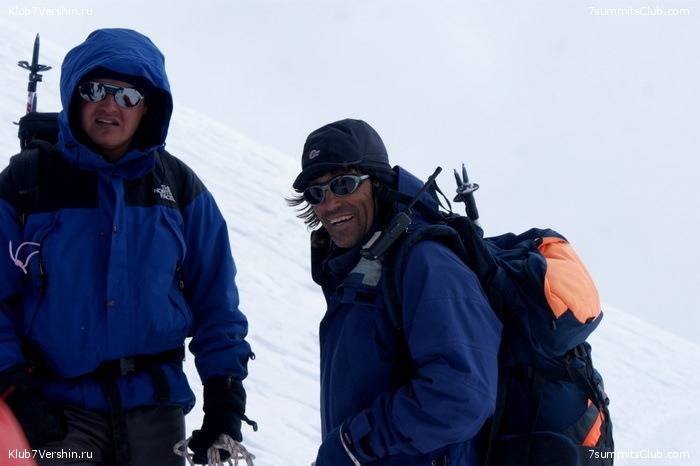