Today, Nikolay Cherny, Sergei Larin, and Noel Hanna, along with a team of Sherpas went to the base camp at North side of Everest. A day before, there was a meeting with the legendary Miss Elizabeth Hawley. A journalist, in the past, this 87 years old lady, is the main authority in the Himalayan mountaineering. Even she has not made any ascent itself. Hawley in her place, is both a chronicler number 1, directly receiving an information about Himalayan expeditions, and a referee deals in complicated situations. Unexpectedly for us, this remarkable woman personally paid a visit to the hotel where located Alexander Abramov and his team. It turned out a beautiful photo. 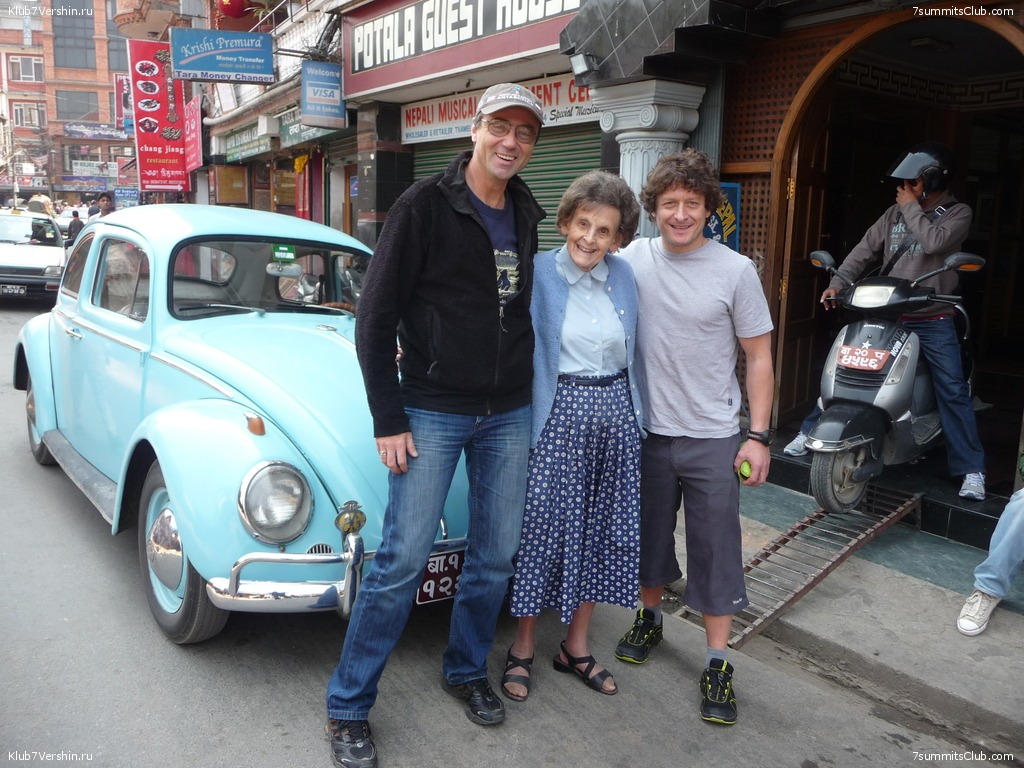 Meanwhile, a small ceremony held in the office of the 7 Summits Club. We farewelled our beloved comrades in Nepal. Victor Bobok and Dmitry Ermakov go to the Himalayas. Dmitry will lead an expedition to the foot of Mount Everest from the south, the main aim of a large group will be climbing Island Peak. Victor will join the team of Alexander Abramov, as a guide of Mount Everest. He wants to climb the summit already by his third route (2004 - North Face direct, 2009 - a classic from the south). We know that Eugene Vinogradsky reached the summit of Everest by three different routes. Or anyone else?

Yuri Koshelenko (left) and all the staff of the Club wished them good luck ! 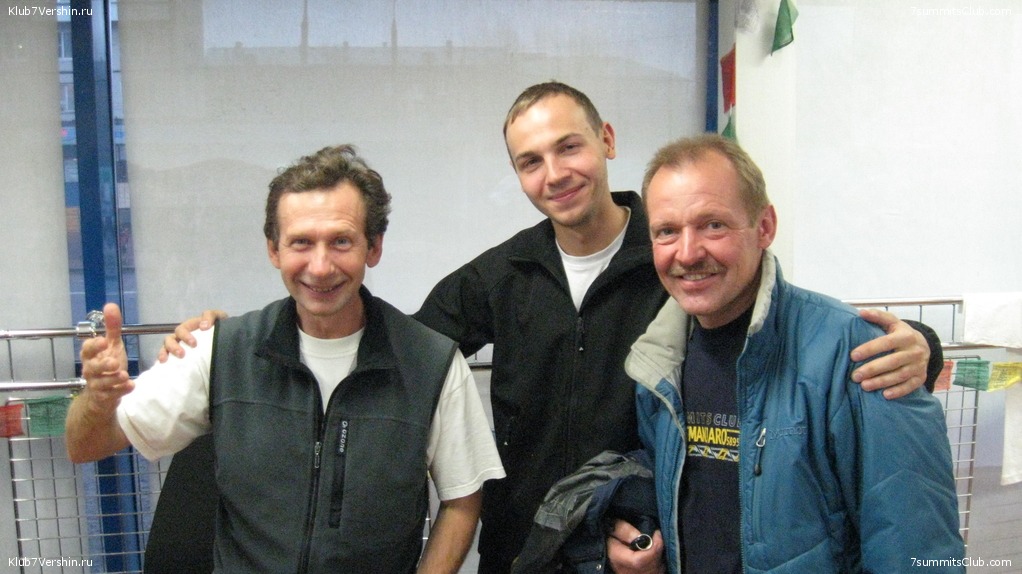 The main part of the expedition (with permit on Everest):

Guides of the expedition: