Alpari team intends to set a collective world record and to climb all the peaks in a calendar year or even less. Thus, the company seeks, above all, to draw attention to the development of mountaineering in Russia. "Climbing - this is the highest achievement of spirit; record ascent - a symbol of commitment to an absolute success - director of corporate communications Valery Tarasov said. – We understood climbing spirit. Alpari is a right leader in the Forex market, there are no such vertices, which we will not submit ".

In the history of Alpari we had already a few climbs. In 2010, company's employees planted a flag of Alpari on Mount Kilimanjaro, we climbed alpine peaks, Breithorn and Mont Blanc."It's a good tradition – be all together to climb the mountain, overcoming difficulties, cold and difficult conditions. We still can do it!" - The chairman of the Supervisory Board of Alpari Andrey Dashin said. Alpari plans to expand the horizons of their presence - and now on the highest peaks of all seven continents. After climbing, on each of peaks will be officially put up the special flag of "Alpari on top of the world."

The official partners of the project "Alpari on top of the world" will be the "7 Summits Club ", the Federation of Russian Mountaineering, a popular sports media web site www.risk.ru, as well as several manufacturers of specialized clothing and equipment for mountaineers. 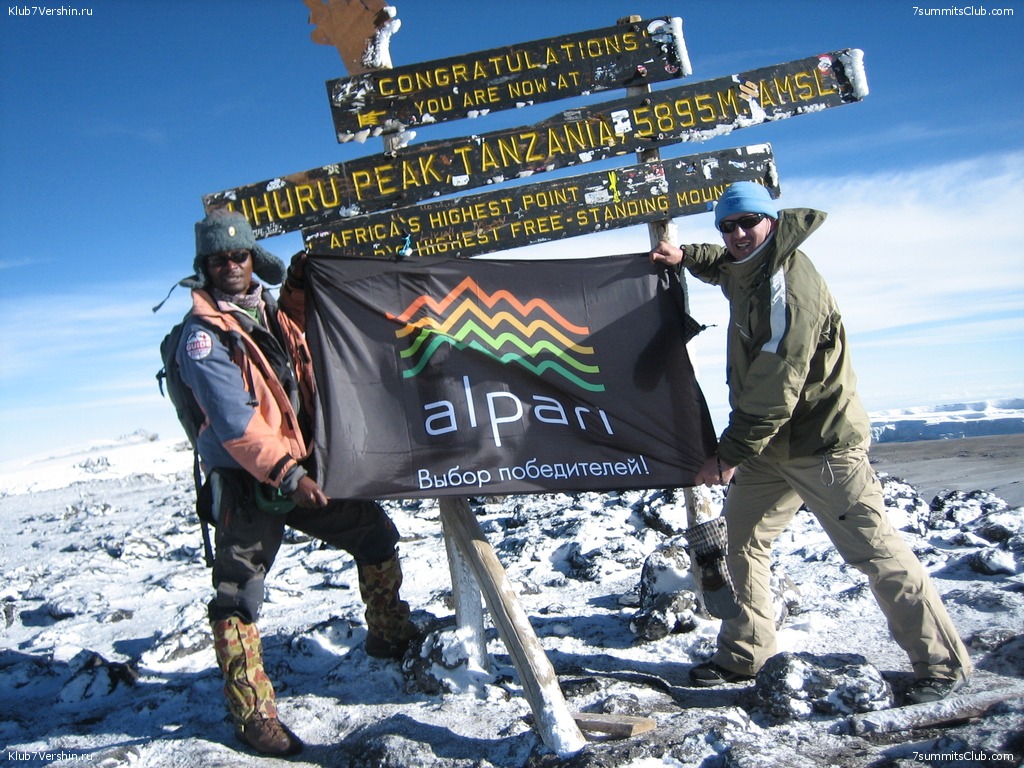