Today there was a lot of things "at first"

First, we made the first serious acclimatization climb. Hooray! Shegar Dzong was climbed to the top (4800 m). This mountain name is translated as Fortress Xegar and it is very unusual. At its base there is an ancient Buddhist monastery school gelukpa - Xegar. And on the top we met a stupa and prayer flags. The last few tens of meters to go the top led by a very steep scree slope. And from the top we have a stunning view of the Himalayan mountain range and on ...

Yes, yes - this is the second "first" ... we saw Mount Everest. The majestic pyramid with a huge white flag. Probably a strong wind blows the snow off the slopes.

We hope that to the time of our climb the storm will be over.

Tomorrow we go to the base camp of Everest. That is, tomorrow we'll spend the night in 5100. With headaches of course, what would be a good for acclimatization. 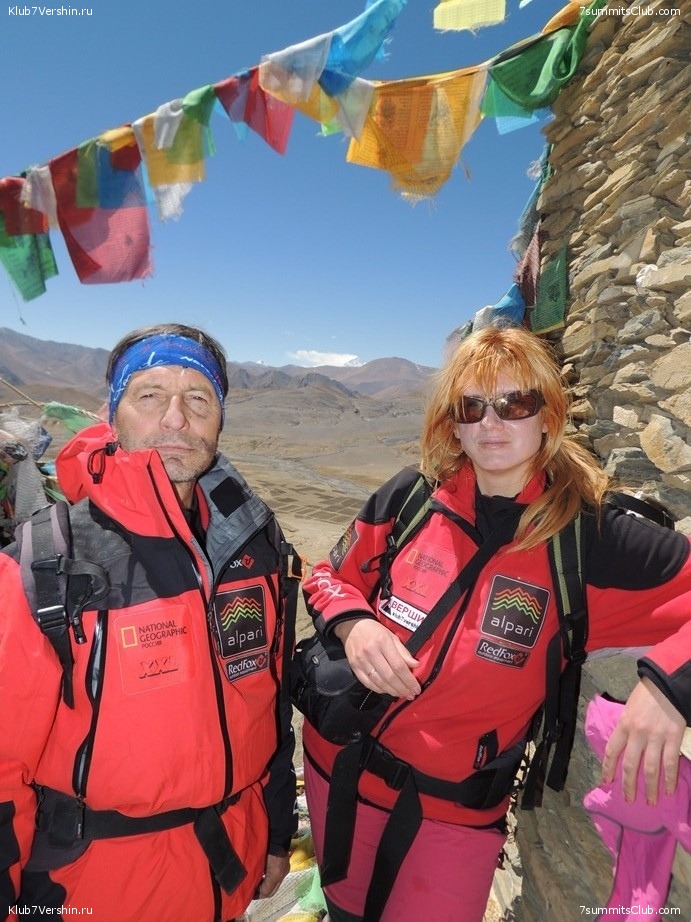 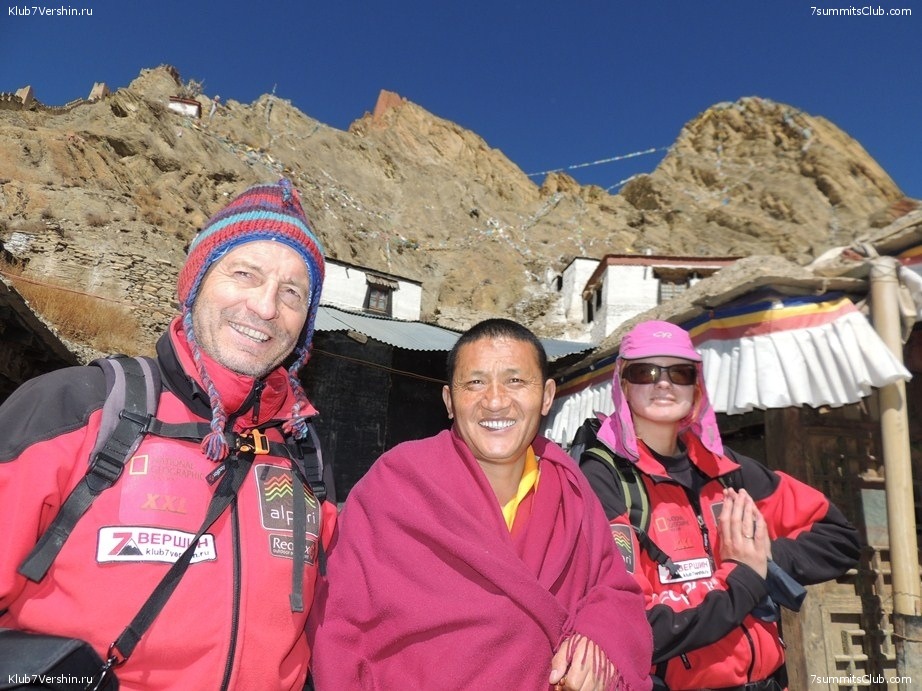 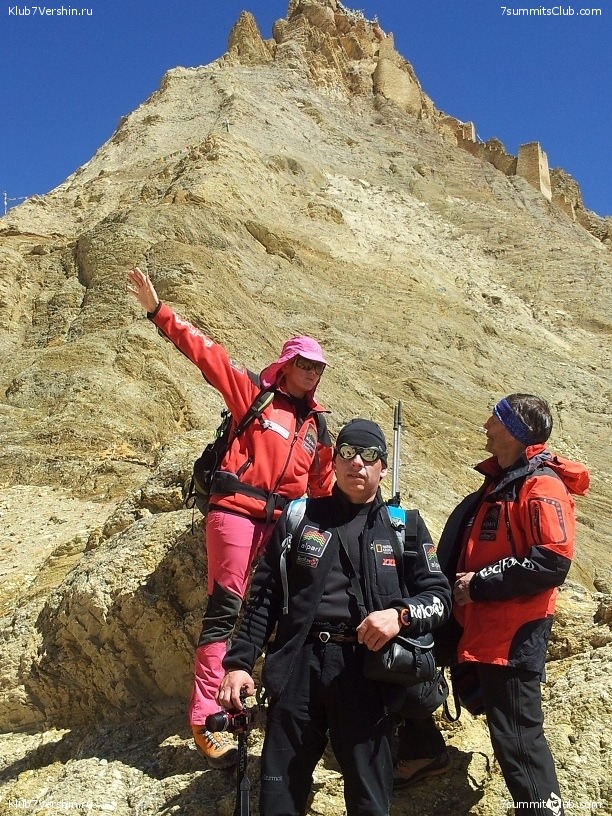