Winter season on Elbrus smoothly into spring and summer’s

Winter leaves Elbrus. No full satisfaction, but it was not disappointed. Sometimes it was not enough snow. Sometimes it was felt that not everyone decided to come. Again, the terrible tragedy of climbers on Elbrus ... But there was a lot of good. There are a lot changes for the better. And in the safety order, and in lifts. Our favorite hotel Povorot was worked almost "at five". And we look forward with optimism of the summer. However, it is spring. And we are waiting for the May holidays, waiting for the competition Elbrus Race of the Red Fox. It is always a big event. And this year it will record number of participents.

Latest news:
Completed a series of festivals in the Elbrus region. Management has prepared the region this year, a lot of pleasant surprises for the tourists. From 25 to 31 March it was held contest for ethnic artAltyn Square with the participation of teams fromRussia and CIS countries. On March 31 the baton took Elbrus Festival 2012, sponsored by the well-known musicians from Moscow and St. Petersburg: Michael Bashakov, Yuri Garin, Michael Kalinkin, Arthur Gladyshev, Dmitry Yurkov, the band "Kings of the Kitchen." Did the weather. Sunny days were followed by heavy snowfalls, so that skiers have an excellent opportunity for the free ride on the Cheget, and to be ridden on groomed slopes of Elbrus. And in the evening all gathered at the "Povorot." 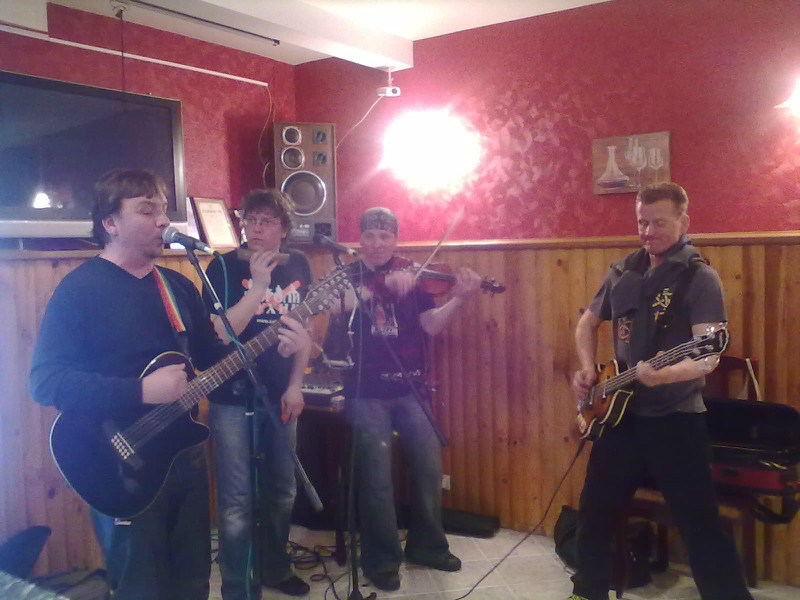 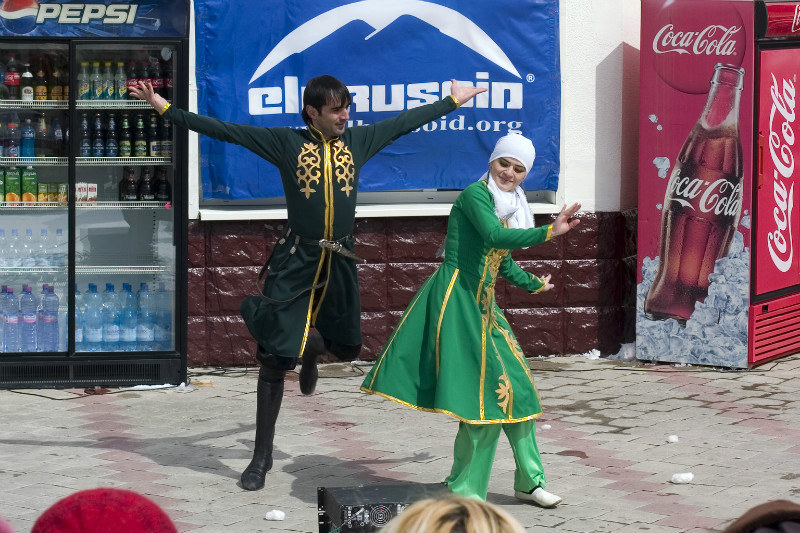 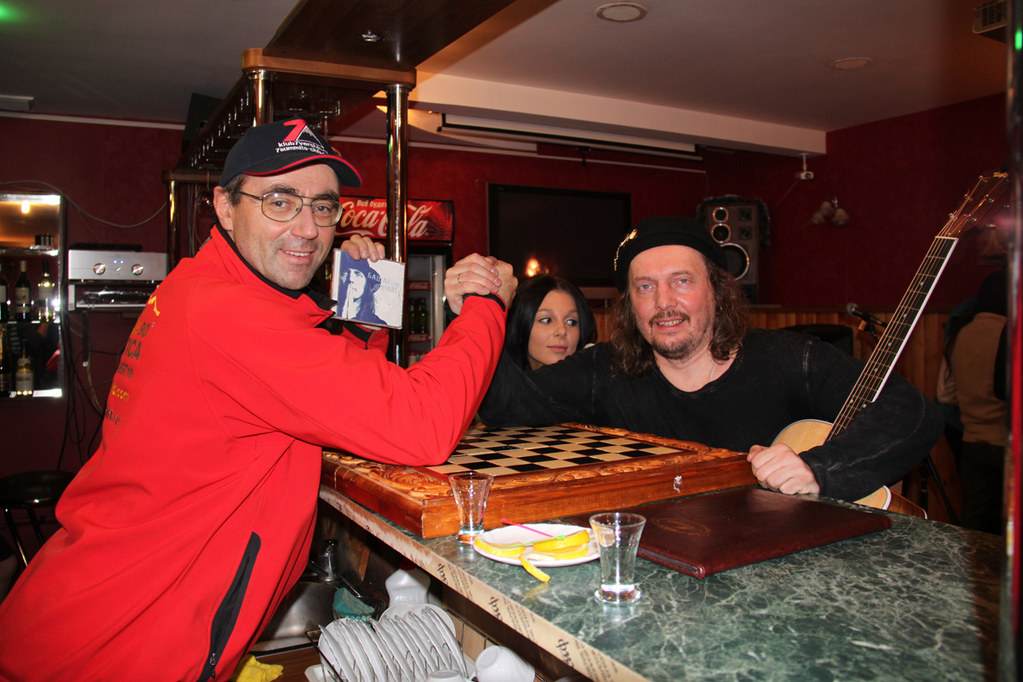 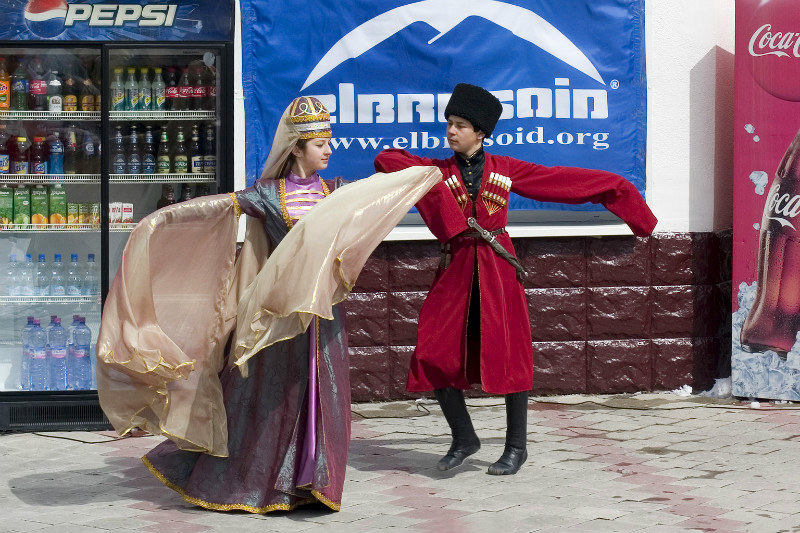 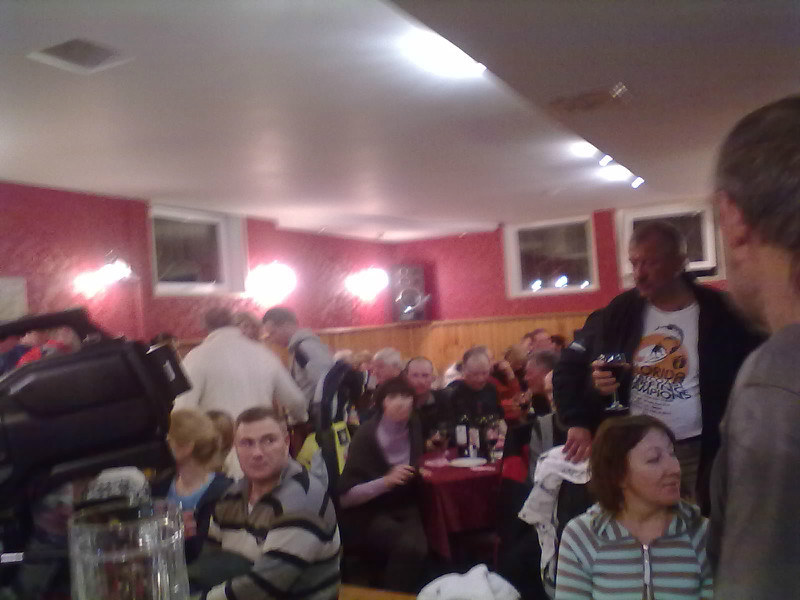 [Photo] Mt. Elbrus courtesy of Mountain Madness/Savejko Photo.
It has been over one year since Mount Elbrus (5642m), Europe's member of the seven summits, was targeted in a terrorist attack. On February 18, 2011, two unidentified men stopped a van carrying five Moscow tourists to the Elbrus area—the men opened fire on the passengers after claiming to be plainclothes policemen. Three of the passengers died; two were hospitalized. Later that day, a bomb damaged a support tower for a cable car that travels up the side of Mount Elbrus. Thirty of the forty-five cars were damaged, but no people suffered injuries. The next morning, Russian officials diffused three improvised bombs containing 70kg of TNT, all found in a single car parked in the parking lot of a hotel at the base of the mountain.

The attacks happened just two weeks after Russian Federation President Dmitriy Medvedev unveiled a $15 billion plan to establish five ski resorts in the war-torn Caucasus Mountains, which guard the border between Russia and Georgia. Additionally, development for the 2014 Winter Olympics, slated to take place in Sochi, Russia, is in full swing less that 250km to the west.

In response to the February 2011 attacks, President Medvedev launched a fierce anti-terrorist campaign in the Caucasus. Military strikes canvassed the valleys. Regional governor Alexander Khloponin ordered a halt on tourist entry or exit to the area, claiming that the government needed to "clean up the territory" and only then "explain and show to everyone that it is safe in the Caucasus." A strong military presence covered the area and non-residents were not allowed to pass certain checkpoints. The Baksan Valley, which surrounds the southern aspect of Elbrus was closed off to all visitors.

The majority of Mount Elbrus's thousands of yearly visitors use local guides. The most popular southern route is often completed in as little as seven days, with chair lifts and snow cats carrying climbers sometimes as high as 4600m, depending on snow conditions. There are three successive chairlifts that constitute the beginning of this route: it was the second of the three, between stations Stary Krugozor and Mir, that was bombed. This moderate and popular route—the bread and butter of local companies' Elbrus tours—was unreachable all of 2011 because of the Baksan Valley closure.

In a typical seasons, routes from the north and west are far less travelled. These routes are more challenging and take more time to complete. They lack the permanent facilities, like the barrel huts and the "world's nastiest outhouse" (so dubbed by Outside magazine in 1993), that are encountered along the southern route.

The southern route remained closed for the entire 2011 season, leaving climbers to try the more technically demanding and less frequented northern and western routes. Military checkpoints sprouted along access roads to base camp on the northern side of Elbrus, enforcing inconsistent access rules. "Checkpoints on the north side were pretty much for show," writes Gleb Myasnikov, a guide who lives in the area. "One could go around the closed area on basic roads and it was not even a violation." Some companies directed their groups on a 90km detour around checkpoints. Sometimes with a cash payment officers would allow groups to pass by the checkpoints.

By August 2011, the northern route was officially opened and military checkpoints disbanded. The southern route was declared open on October 28, 2011. Though federal and local government promises no more lengthy access closures, many companies advise flexibility in route choice since the situation may change unpredictably. "This is the Caucasus, something is always happening," writes Myasnikov, whose company has not planned any short seven-day trips for the 2012 season. Instead they have opted for longer trips which give groups the flexibility to choose either the south or north route depending on access conditions.

The social climate of the Caucasus was rocked politically and economically by these measures. "The area is still dangerous may be even more than before...due to the year-long economic blockade, the local people became more desperate and chance of being robbed or killed for the reason of robbery is very obvious," writes Alex Trubachev, a guide based in Moscow whose company has halted their Elbrus tours. "Locals have lost everything—two seasons of nothing," agrees Myasnikov.

The region is not a stranger to conflict. Ethnic, religious and political tension dominate the history of the Causcasus; six separate wars have plagued the area since 1988. Elbrus itself has been a platform for political messages many times before.

In 1929 the burgeoning Soviet government founded an official mountaineering section of their tourism bureau, and Elbrus became the star of their programs. Over the next decades, the government sponsored mountaineering camps (alp'lageri) and training programs in all of the Soviet Union's mountain ranges to give citizens access to the mountains and training to reach their summits. The Elbrus region hosted the first alp'lageri, built in 1929, and many Soviet citizens visited each year to begin their training as climbers. With its moderate, non-technical climbs to the summit, it was reasonable for beginners to reach the summit after a brief training period—and its summit was the tallest on the continent. With every successful climb of Elbrus, Soviet citizens were standing on the top the Europe, and it was the Soviet government that made their ascents possible. The government portrayed each successful climb as a testament to the opportunities and enrichment that were offered to its citizens.

What is seen as contemporary Russian mountaineering style—large groups and siege-style climbing—is rooted in the curriculum of these structured Soviet mountaineering camps. The Soviet program focused on getting as many people involved in the sport as possible to manifest the government's Communist ideals. This meant that not only did many people visit the mountaineering camps each summer, but many people would participate in group climbs as well. For example, a 1935 climb of Elbrus saw 638 farmers reach the summit of Elbrus in a literal display of the heights that the lowly proletariat could reach with the support of their new government.

Massive group climbs became the staple on Elbrus, with a record being set in 1960 when an enormous party of 1,395 people ascended the mountain in honor of Vladimir Lenin's 90th birthday. The party placed a bust of Lenin on the summit (now only a concrete base remains).

During World War II, Elbrus invited international political statements. The German Gebirgsjaeger Unit, an elite mountaineering military division, left a Nazi flag on the summit in the summer of 1942. No battles occurred on the slopes of the mountain, and anecdotes report that Hitler was furious with the unit for wasting their time on such a stunt. But the lure of a flag on the highest mountain in Europe was unavoidable. After German forces left the area in January 1943, the Soviet army's first action in the Caucasus was to send a military group to the summit of the mountain to replace the swastika flag with the Soviet Union's hammer-and-sickle banner.

But these historical demonstrations on Elbrus were not violent. And that's what changed in the February 2011 attacks on Elbrus. "2011 was the first time that tourists and climbers became victims," writes Myasnikov. "Understand—Elbrus is a ski resort, not a war zone...but there are rebels in the Caucasus and to them, this is just their business. Nothing personal. And that may never change."