On May 26, the Nepalese embassy in Moscow held a special event to commemorate the 30-year anniversary of the first Soviet expedition to Everest.

The Nepalese ambassador to Russia gave some opening remarks. In his speech, he pointed out that Nepal and Russia have long enjoyed friendly relations.

Many of the climbers who took part in the first Soviet expedition to Everest were there to reminisce on their climb three decades ago. Unfortunately, some of the climbers from the team aren’t with us anymore. Adorning the halls of the embassy were pictures of the team and photographs from the expedition. The pictures took those in attendance back to the dawn of Soviet mountaineering, back to the months of training for the expedition and back to their time on the mountain in 1982, when the team rewrote the history books by opening a new route on the mountain; one that no expedition has taken since.

The leader of the team, Anatoliy Georgivich Ovchinnikov also spoke at the gathering, telling some stories from the expedition and describing some of the problems he had to deal with as the team captain.

Edward Vikentevich Myslovskiy, also spoke at the event, sharing some of the emotions he experienced as the first Russian to reach the peak of Everest. Myslovskiy, who turned 75 this year, was actually part of a two-man team with Vladimir Balyberdin, who died in a car accident. Two of the other climbers from the expedition also celebrated their 75th birthday earlier this year: Vladimir Shataev and Roman Giutashvili.

Andrey Volkov, president of the Russian Mountaineering Federation, also addressed the crowd. Volkov, who is among the few in Russia who have climbed both Everest and K2, mentioned his friend, mentor and climbing partner, Ivan Dusharin, in his speech. Volkov then informed the audience that they were in for a real treat: Ivan Dusharin of “Alpari: On Top of the World” was on the line, calling all the way from Kathmandu! Dusharin, fresh off completing his third expedition to Everest, congratulated the Soviet team on their 30-year anniversary and wished them many more years full of life and new achievements. He spoke some about his own experience on Everest and expressed his regret that he wasn’t able to make it back to Moscow in time for the event.

The dinner to celebrate the thirtieth anniversary of the Everest expedition was organized by the Russian Mountaineering Federation and the Nepalese embassy. 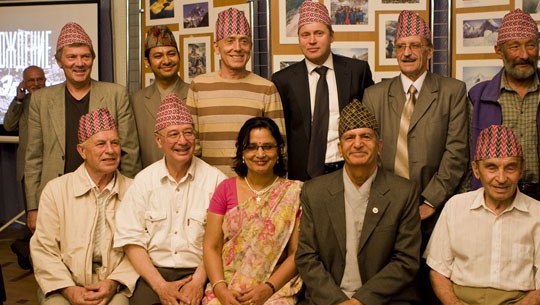 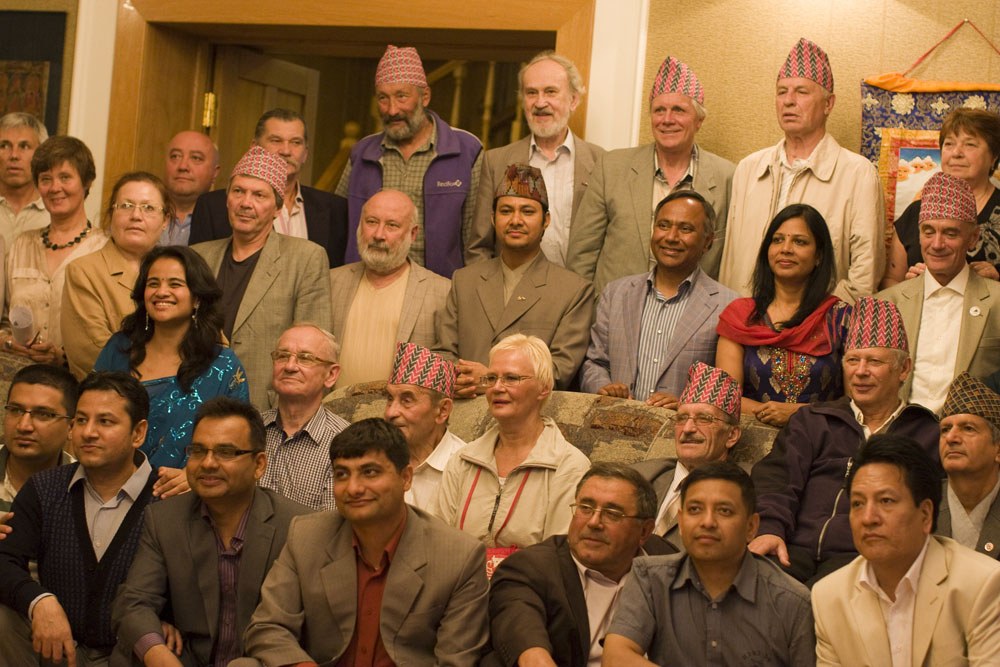