In April of 2013, Fedor Konyukhov and a native of the Republic of Karelia, Victor Simonov will undertake a unique expedition of crossing the Artic expanse by dogsled. The uniqueness of the expedition is in the route itself. Fedor and Victor are planning to dogsled from the northern part of Karelia up to the North Pole and all the way down to the southern coast of Greenland. During the four month expedition they will have to overcome four thousand kilometers of ice, drift-ice, snow and permafrost. This is the longest route in the Arctic, which will become an extreme test of human possibilities for both explorers.

Back in the 70s, the legendary Japanese adventurer Naomi Uemura defied northern latitudes and paved the route for his dogsled from the coast of Canada to the North Pole, and then back via Greenland. However, he was not able to complete his undertaking. After that, explorers from different countries (Norway, Italy, USA, and Denmark) were trying to conquer the Arctic ice by dog sledding. None of the expeditions succeeded. Fedor Konyukhov and Victor Simonov plan to dog sled the Naomi’s route completely.

This expedition should enhance the credibility of Russia as the Arctic state power. Also, it will contribute to the development of dog sledding as a sport which has already gained popularity in the Republic of Karelia. One of the main objectives of the expedition, in the run-up to the Winter Olympics in Sochi, is to draw the attention of the Russian Olympic Committee and International Olympic Committee to this sport. The goal is to see that dog sled racing is included in the Winter Olympic Games. 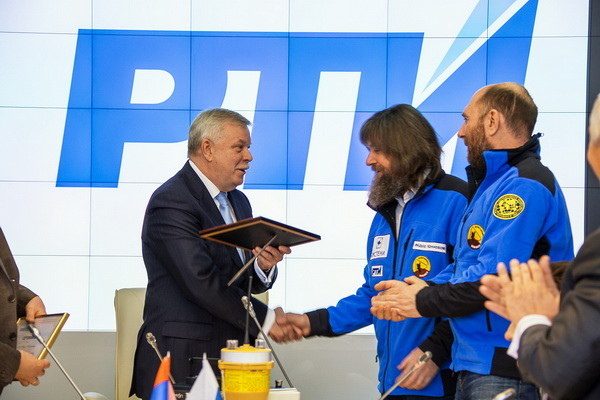 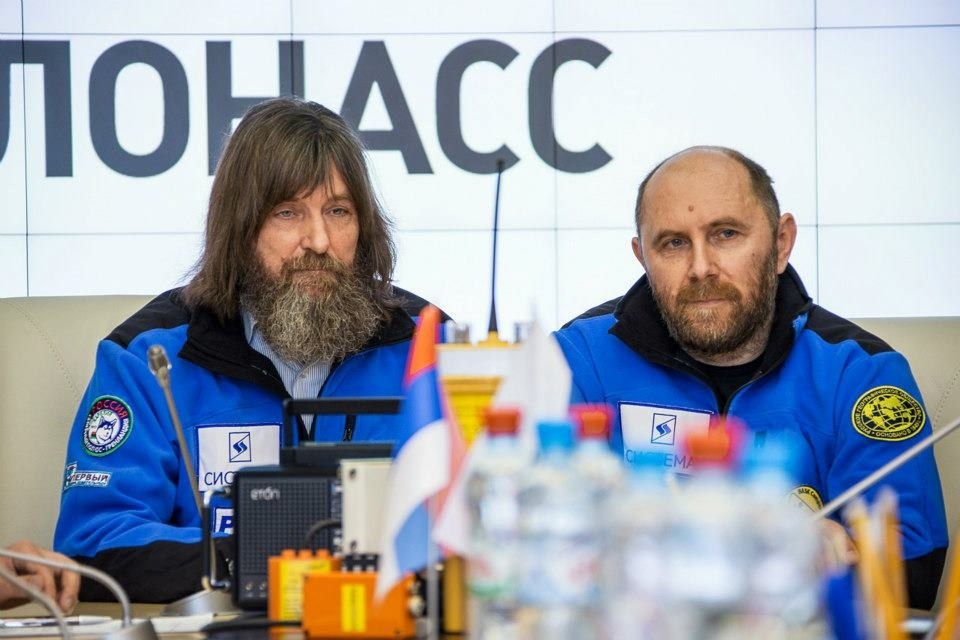 The Republic of Karelia was intentionally chosen as the starting point for this expedition. Apart from being the “Russian gates to the Arctic”, the Republic of Karelia is actively developing mushing that is becoming one of the attractions in sport tourism in the region. Today Karelia is the only region in Russia, where the World Cup of dog-sled racing takes place, as well as the other major international competitions in this sport, both for the short and marathon distances. Thanks to its entertainment dog sled racing is gaining popularity and great interest among the athletes and spectators in Karelia, Russia, and its European neighbors. The expedition “Karelia - North Pole - South of Greenland” will only have dogs raised in the kennels of the Republic of Karelia and trained specifically for this expedition. 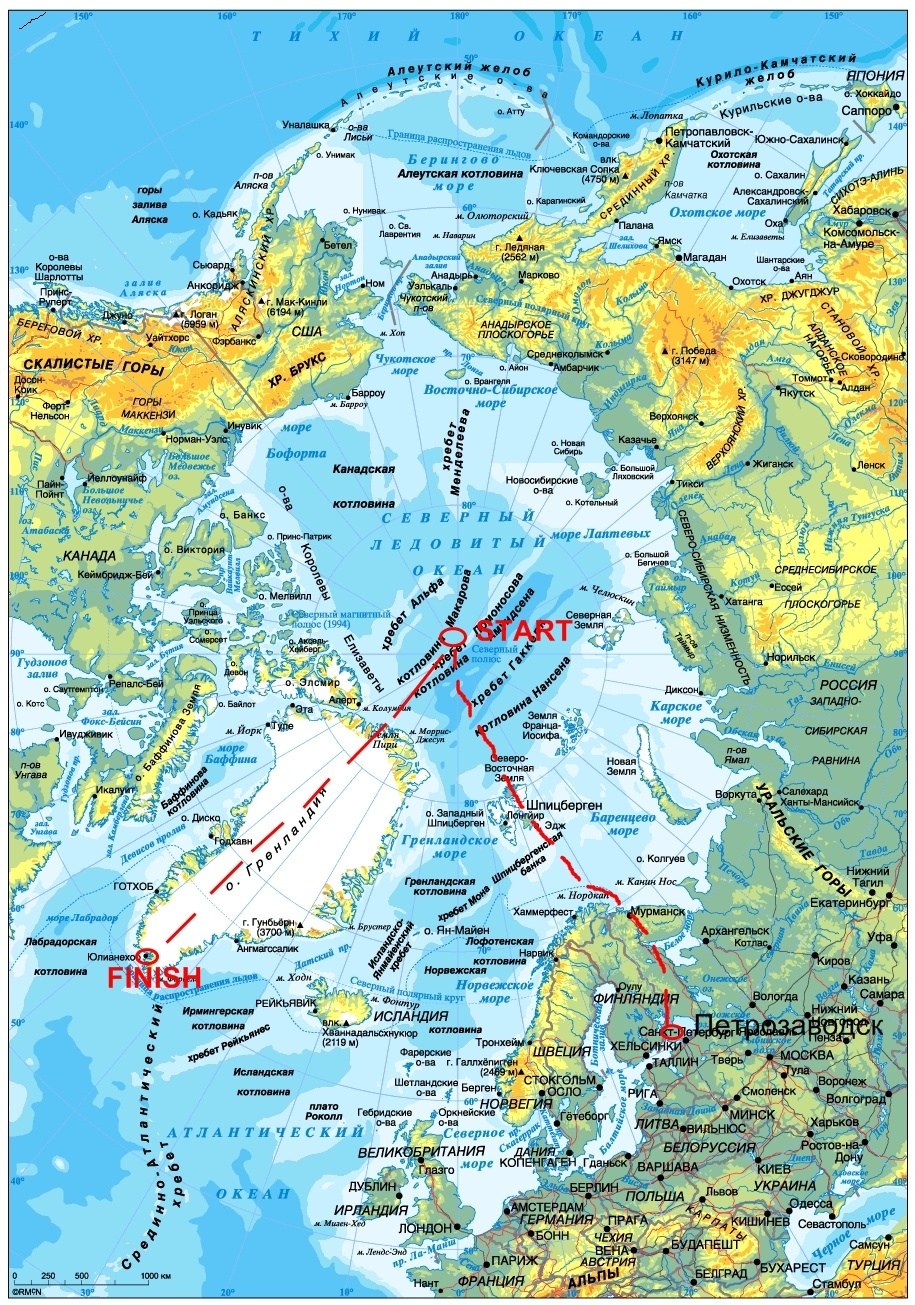 The expedition is scheduled to finish in August of 2013.