December 19, 2014 the All-Russian Union of Entrepreneurs Leaders Club starts an expedition to Antarctica. On New Year's Eve the Russian entrepreneurs will effect an ascent of Mount Vinson - the highest peak in Antarctica.

14 people take part in the expedition. Four members of the ascent are women. The head of the expedition is Artyom Avetisyan, chairman of the club. Ivan Dusharin, vice president of the Russian Mountaineering Federation also participates in the expedition. It was under the leadership of Mr. Dusharin when in 1992 the team of climbers hoisted the national flag of Russia on Everest for the first time in the history.

Artur Chilingarov with the expedition members 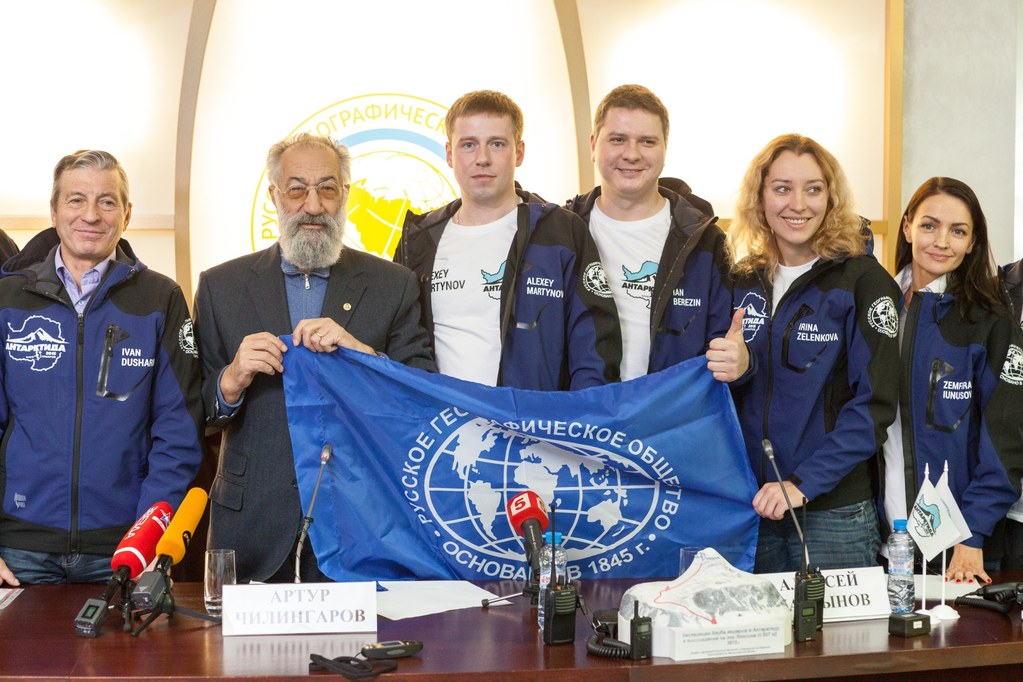 On the eve of the departure at the Headquarters of the Russian Geographical Society the participants spoke about the upcoming expedition.

Alexey Martynov, radioman of the expedition 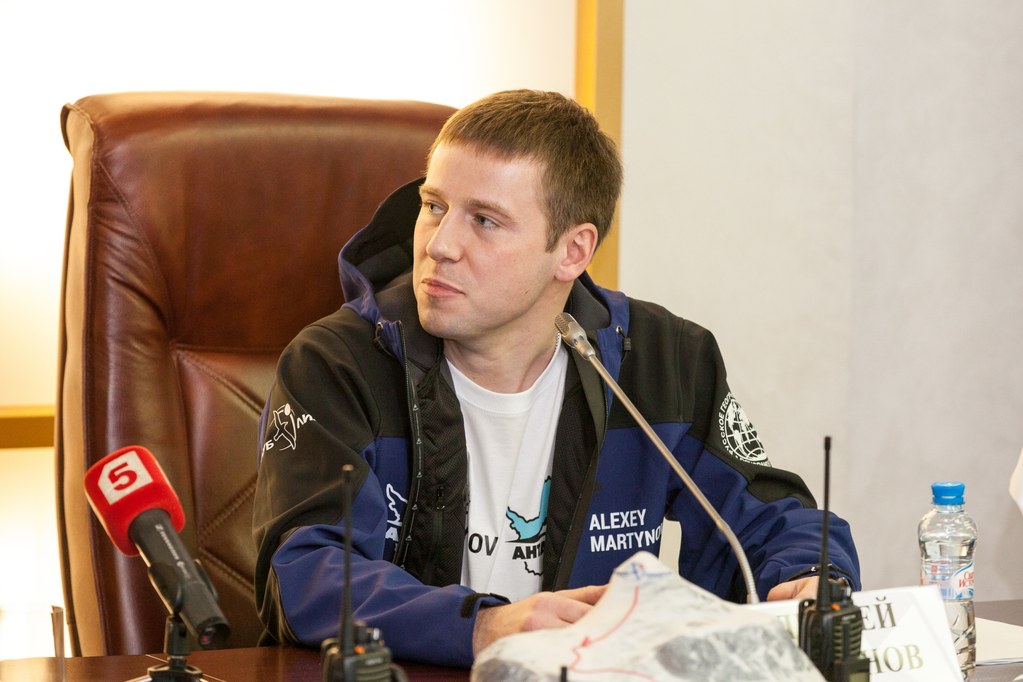 - For the first time in our history, Russian businessmen climb to the highest point of Antarctica - says Alexei Martynov, radioman of the expedition. - We do this in the first place, to show that we can do pretty much. And secondly, to test unique Russian radio equipment. We will be the first ones to do it at such altitudes and at such low temperature.

On New Year's Eve, from the top of the peak of Vinson, we plan to hold sessions of radio communication with Russian polar stations at the North Pole. This also has not been done before. We will contact Russian icebreakers plying the waters of the Arctic Ocean and off the coast of Chile, and the astronauts in orbit - we will speak with the International Space Station. We have done this during our previous expeditions - from the summit of Mont Blanc. So this time we are looking forward to the success ...

In addition to this technological mission Leaders Club together with the Innovation Centre of the Russian Olympic Committee will hold a series of special studies. So, Dr. Irina Zelenkova plans to develop a method of preparation to stay in hypoxic conditions of high mountains. 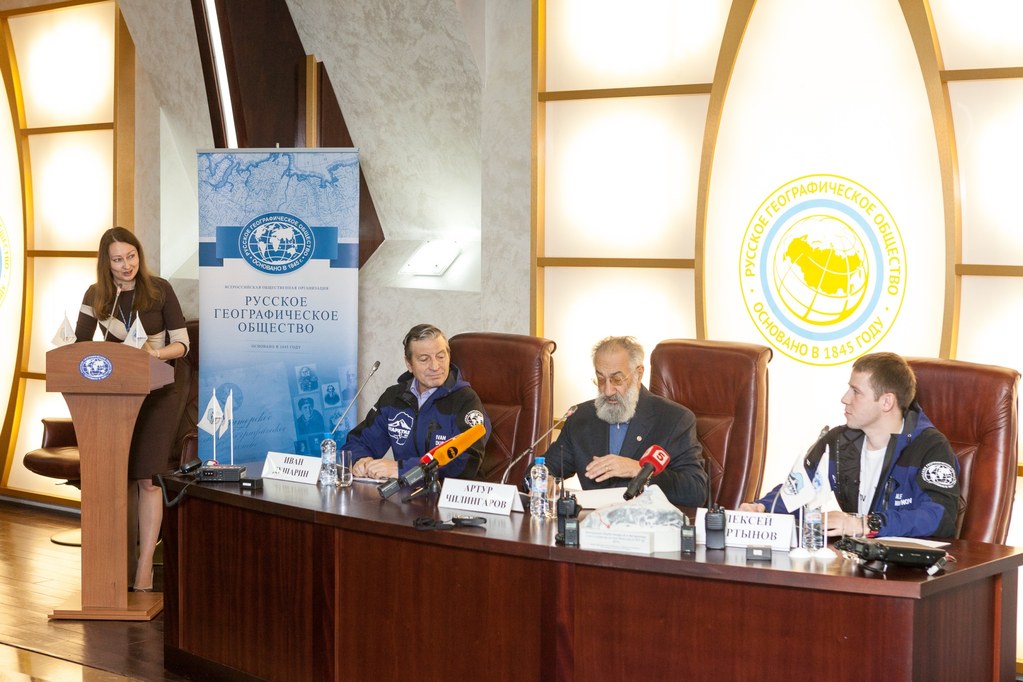 The expedition will leave Moscow on Friday, December 19, and will travel to the Chilean city of Punta Arenas. Then IL-76, equipped to land on the ice will go to the intermediate camp in Antarctica located on Union Glacier and then light aircrafts will deliver the participants to the camp near the Vinson Massif. They will effect an ascent of it - 4897 meters high - in three non-stop stages.

Each member will bear an expedition backpack of 70 liters, and using belt clips will carry sleds of 120 liters (weight load for each participant will be distributed individually). As in extreme cold temperature conditions batteries run down quickly, they will be placed on the body under clothing. The expedition will be ecological and the participants will not leave debris in their path - all waste will be packed and carried away with them. 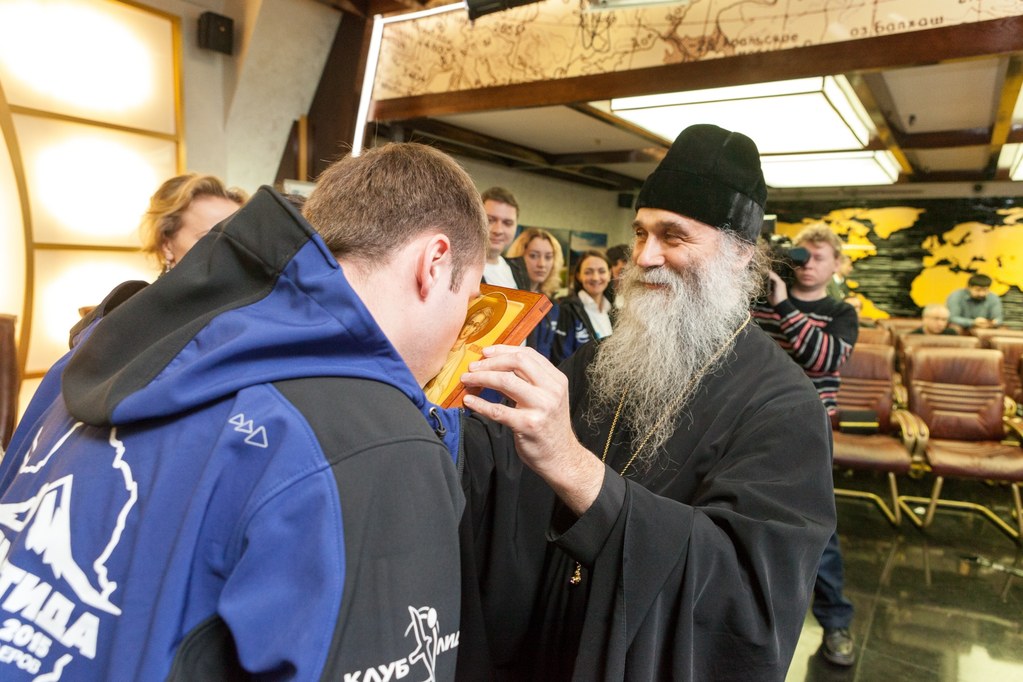 Travelers were admonished by First Vice President of the Society Artur Chilingarov and blessed by Bishop Naryan-Mar and Mezensky Iakov. 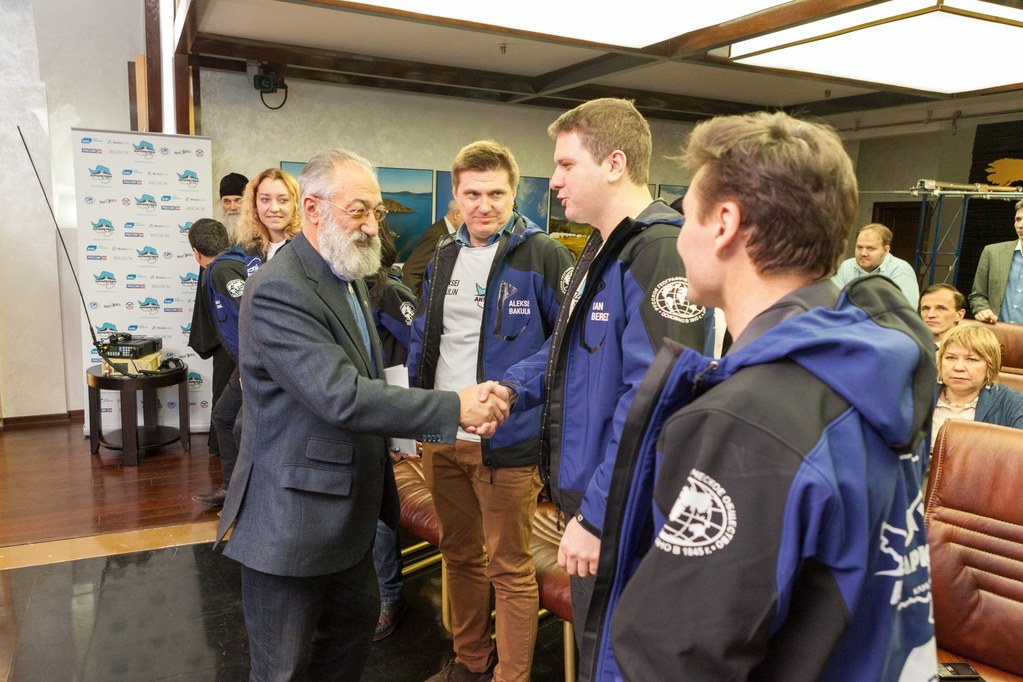 The return of the expedition is scheduled for Jan. 8. Updates will be published on the site of IA REGNUM. 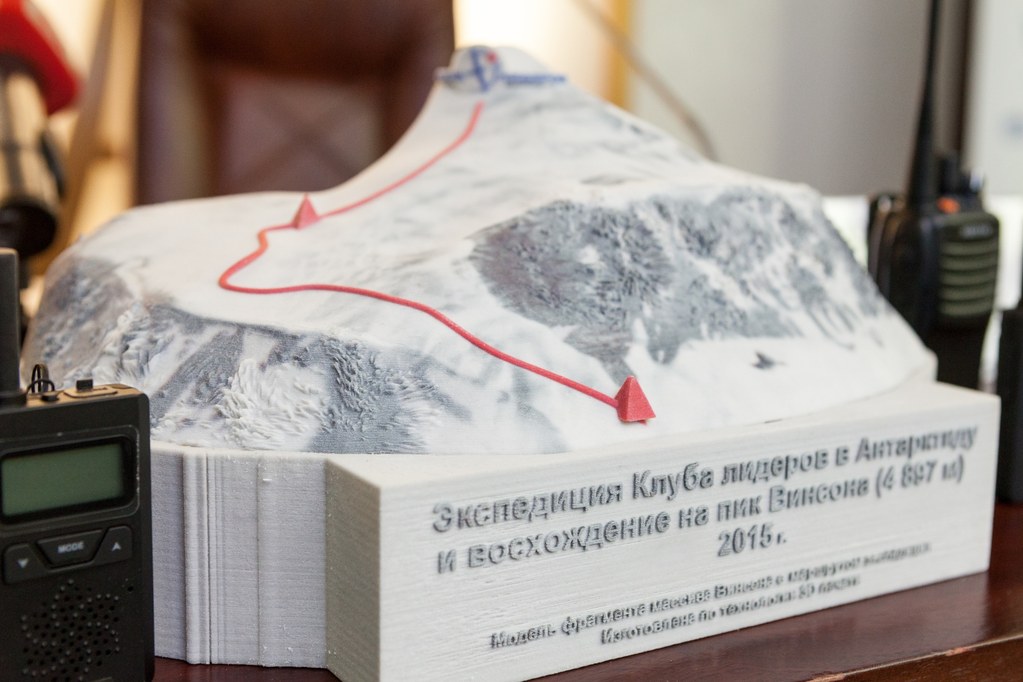 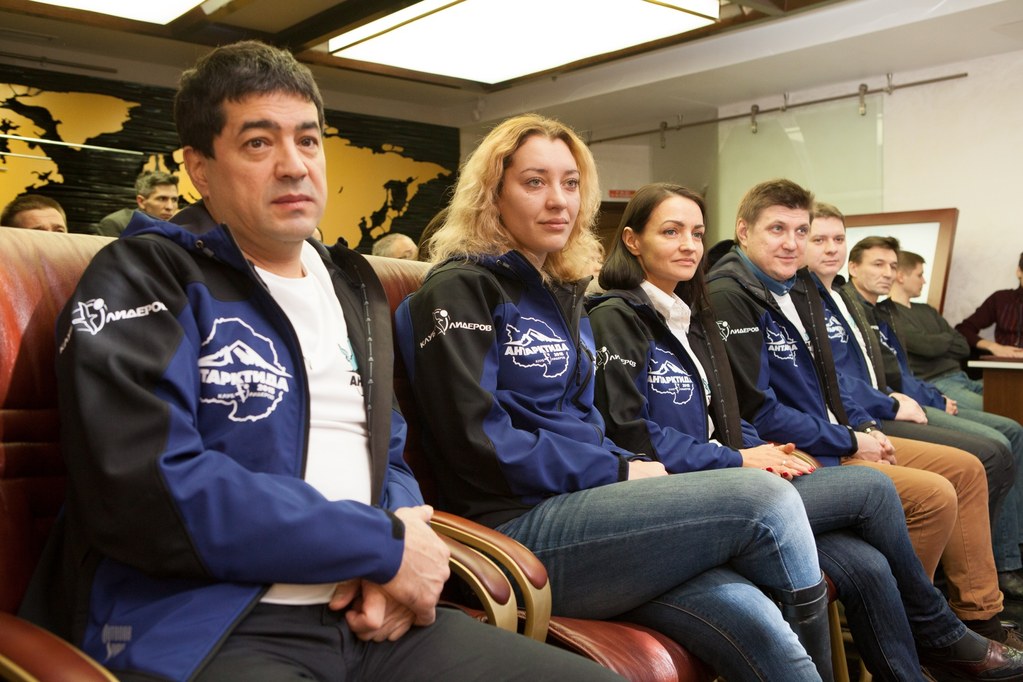