It so happened that three groups of the 7 Summits Club, one after another, come to Kilimanjaro. At the forefront there is the group consisting of: Vasily Kuznetsov, Vyacheslav Bryuhno and

Alexander Konstantinovsky. They're climbing Kilimanjaro by Marangu route, today they should be in the Horombo hut. Then father and son Romas and Lucas Rakcheev began his march to the Kilimanjaro, they go by the Lemosho route.

Today, on December 14, two new members are scheduled to fly in Tanzania, they are planning to climb Kilimanjaro by the Machame route. 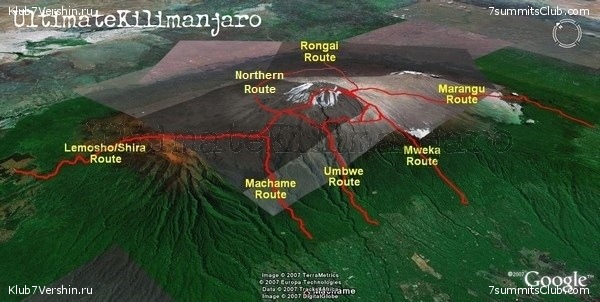