On April 3rd, 2013 together with Victor Simonov, Fedor Konyukhov bid his farewell before setting off to the North Pole - Greenland journey. A farewell ceremony took place in the village Matrosi (30 km off of Petrozavodsk). It was attended by state personnel of the Republic of Karelia, journalists, sponsors’ representatives and of course a large crowd of the people who are interested in this event and came to wish their best to the two explorers.

At the ceremony Victor Simonov announced that all 12 dogs are of the Siberian Husky breed and that all of them except one were raised and trained in his kennels, right in the Matrosi village of Karelia.

On April 4th together with the 12 dogs, 2 sleds of 80 kg (when empty) and 25 people of various relations to the expedition, Fedor and Victor will board the An74 aircraft provided by “Utair” Aviation Company. The first stop is Spitsbergen (Longyear settlement), then off to Russian Camp Barneo. Fedor and Victor plan to start the North Pole- Greenland trek on April 6th. While at Camp Barneo (which is pretty close to the North Pole), the two explorers will be flown on a helicopter to the North Pole. Fedor plans to place a Russian Orthodox Church Cross at the North Pole and conduct a service of supplication to honor 1025 years since the Christianization of Kievan Rus'. The expedition has received a blessing from the bishop Kiril, the Patriarch of Moscow and all the Rus'.

In 2006 two Russian explorers Georgiy Karpenko and Artur Chubarkin reached the North Pole on dog sleds. All of the dogs were strictly of Siberian Husky breed. One of the dogs, 9 years old Cherke will run together with Fedor and Victor’s dogs. Once the team reaches Greenland, they will be joined by 14 more dogs of Greenland Husky breed.

It will be Fedor’s 4th arrival at the North Pole: in 1988 he reached the Pole together with the team of Dmitriy Shparo; in 1989 with the expedition “Arctica” under the leadership of Vladimir Chukov; and in 1990 Fedor conquered the Pole solo. This time though, Fedor will be leaving the North Pole heading towards Greenland.

The expedition is planned to take approximately 4 months. This arctic route has never been completed and is considered the most challenging area in the entire Arctic region. Despite the prognosis, both Fedor and Victor are very optimistic and remain with the most positive attitude: “We are eager to begin our adventure. It’s getting quite warm here for our dogs, but at the North Pole the temperature is the most optimal for them- negative 38. As for me and Victor, the harder the frost the better for us,”- remarked Fedor. 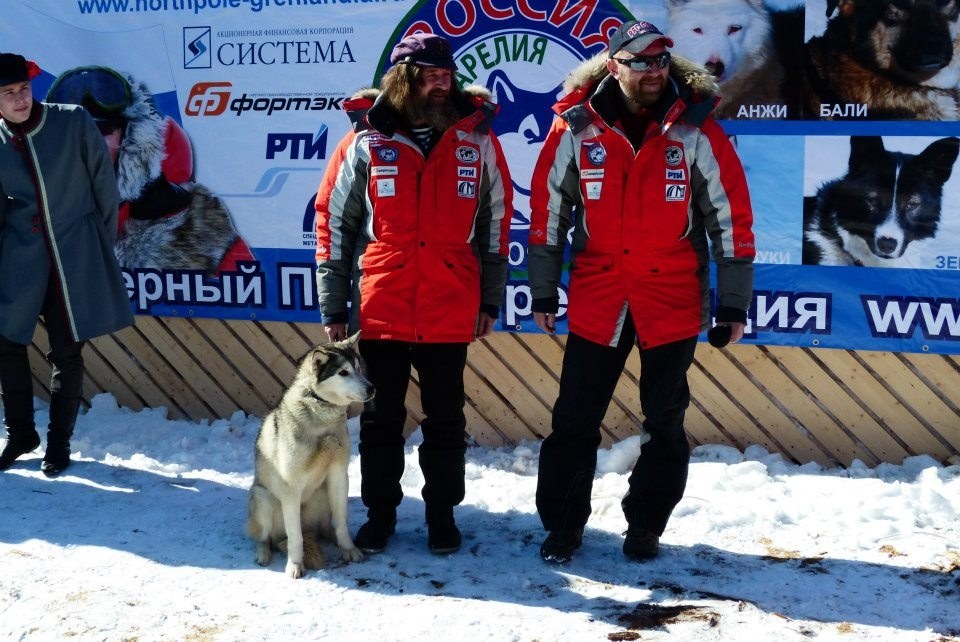 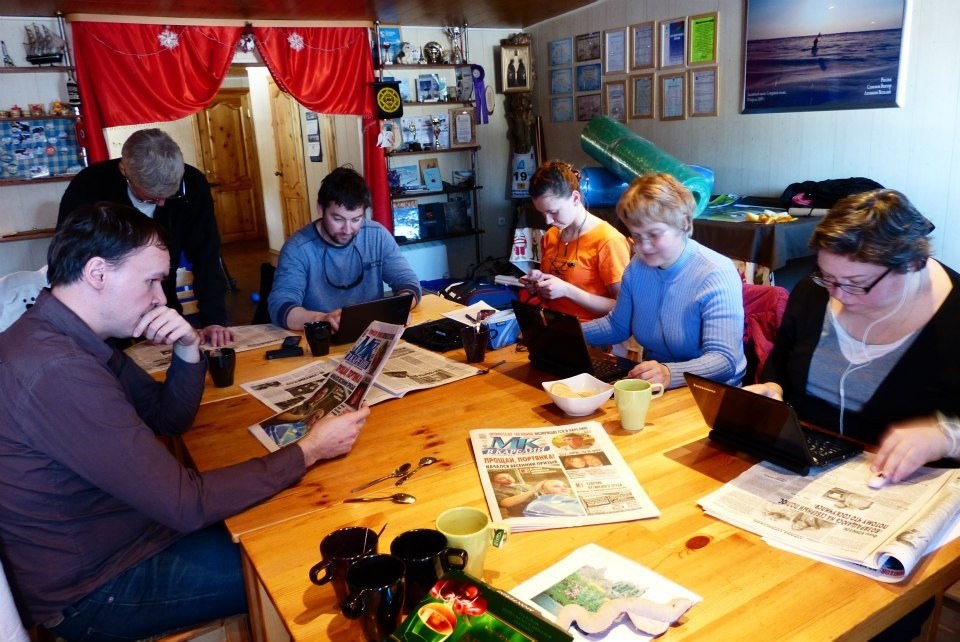 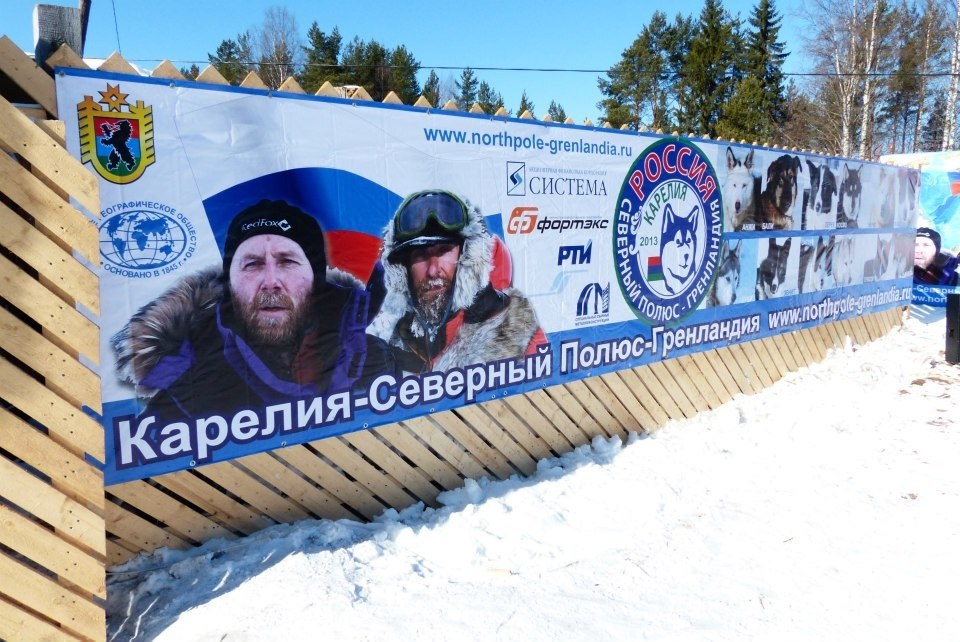 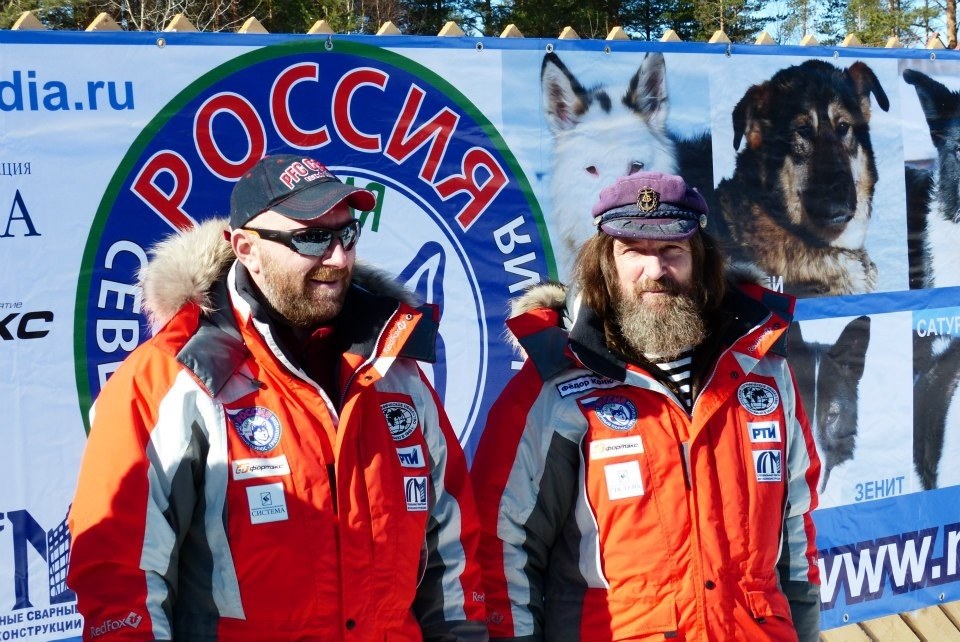