Valery Tebiev: We made the traverse of Elbrus from South to North in the worst weather of those days that we were on the mountain. But there was no choice. We started at 10 PM, from the Refuge. At 5 am we were on the saddle. By this time the snow has added more wind. At 7 am we were on the Western summit. At 8 45 we started the ascent to the Eastern summit and by 11 o'clock we were at the goal. At this time the wind was already very strong. Friends helped me to make a photo with a flag. This is Alexey Artobolevsky and Alexander Sosnin. In the camp at 3800 on the North side we came to 15 30. 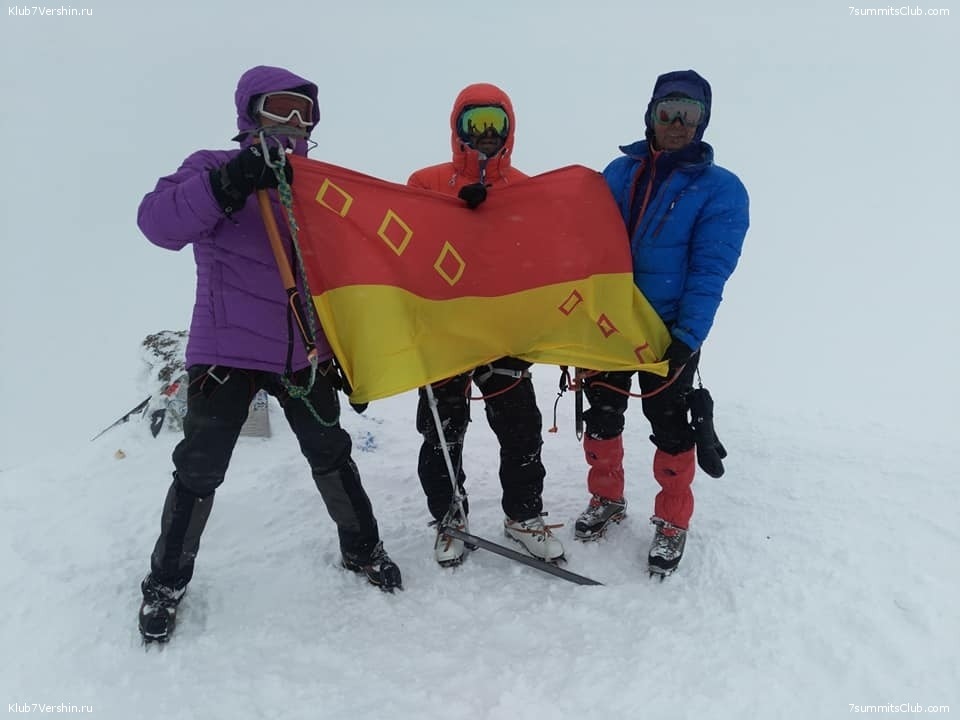 Valery began his project with Iran, from the summit of the volcano Demavend (5671 m), the highest in Iran and Asia, which is part of the project 7 Volcanoes. In mid-June, as part of the team of the 7 Summits Club, in difficult weather conditions, Valery climbed to the top of Demavend. 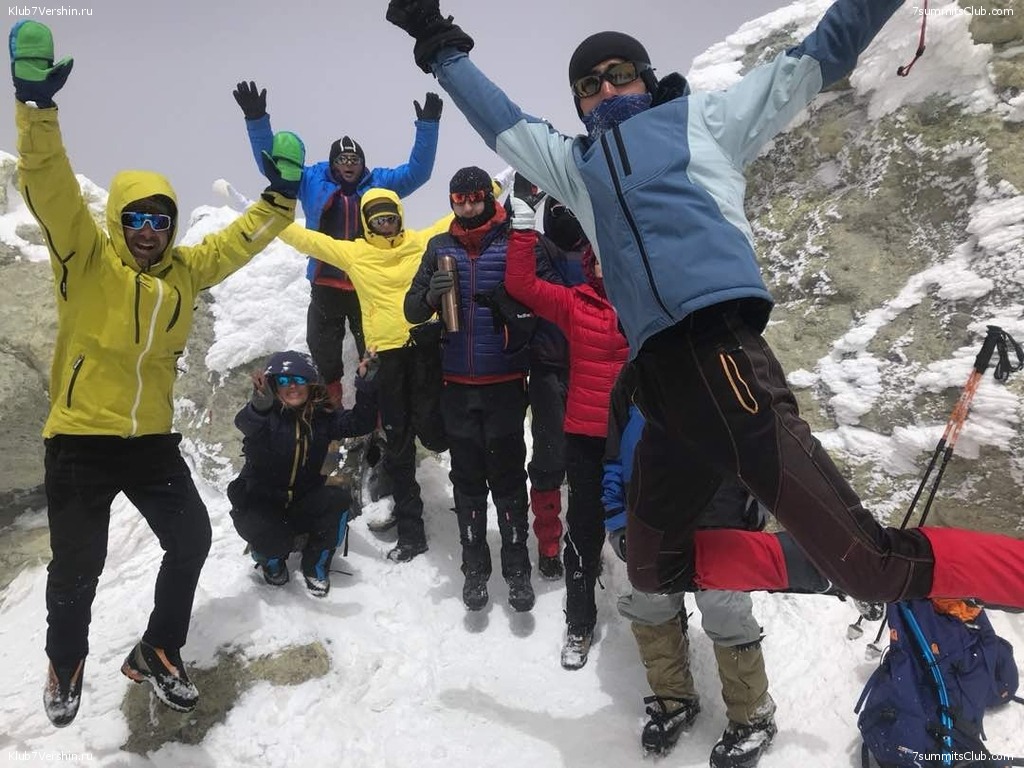 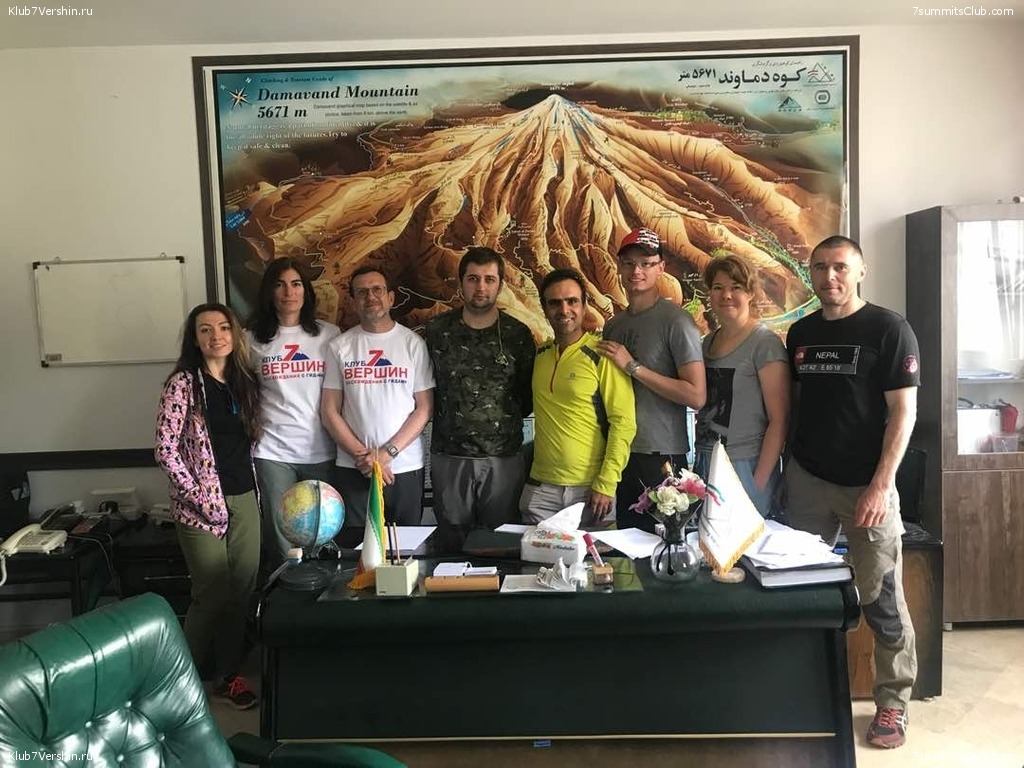 The route to mount Aragats in Armenia began with a tour of the Amberd fortress and overnight on Kari lake. 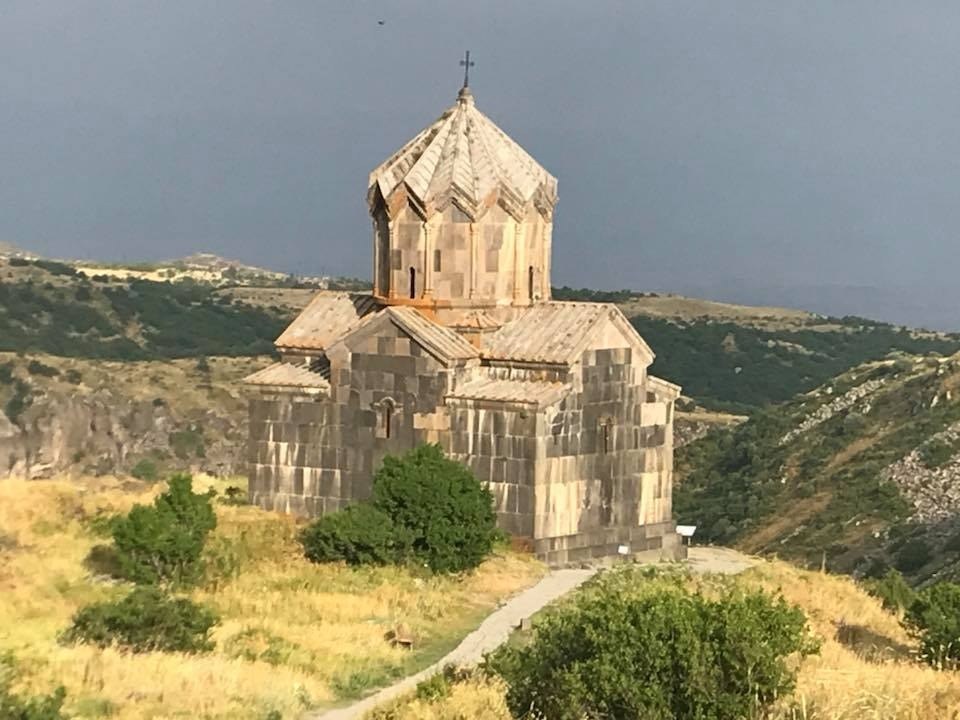 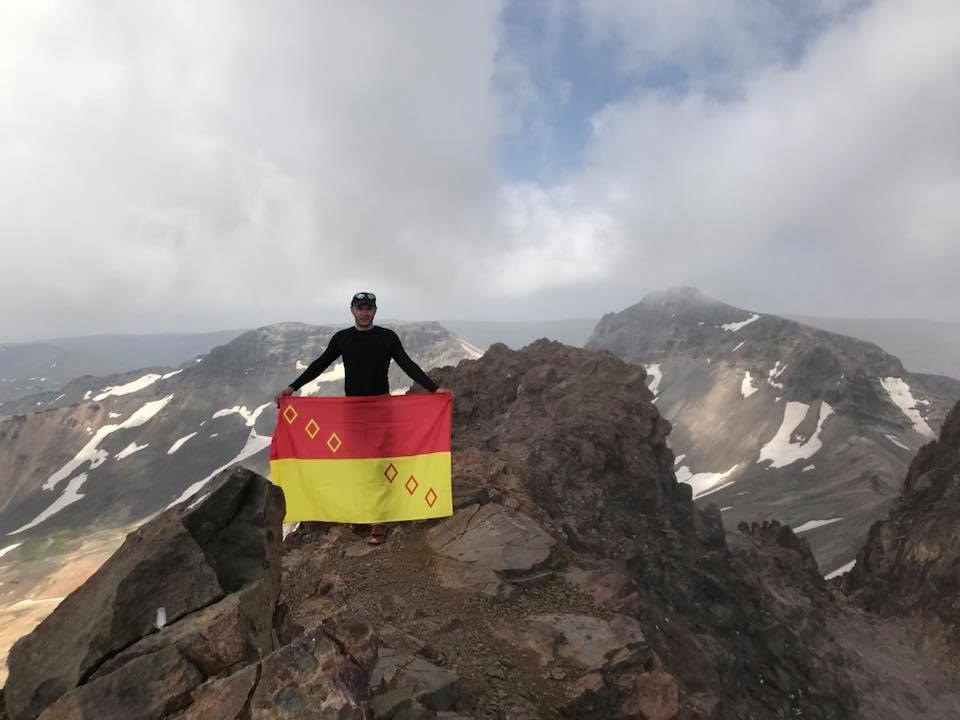 The day after the ascent, Valery flew to Tbilisi. He then moved to the town Kazbegi and immediately began climbing Mount Kazbek. 6 Aug Valery Tebiev successfully reached the summit! 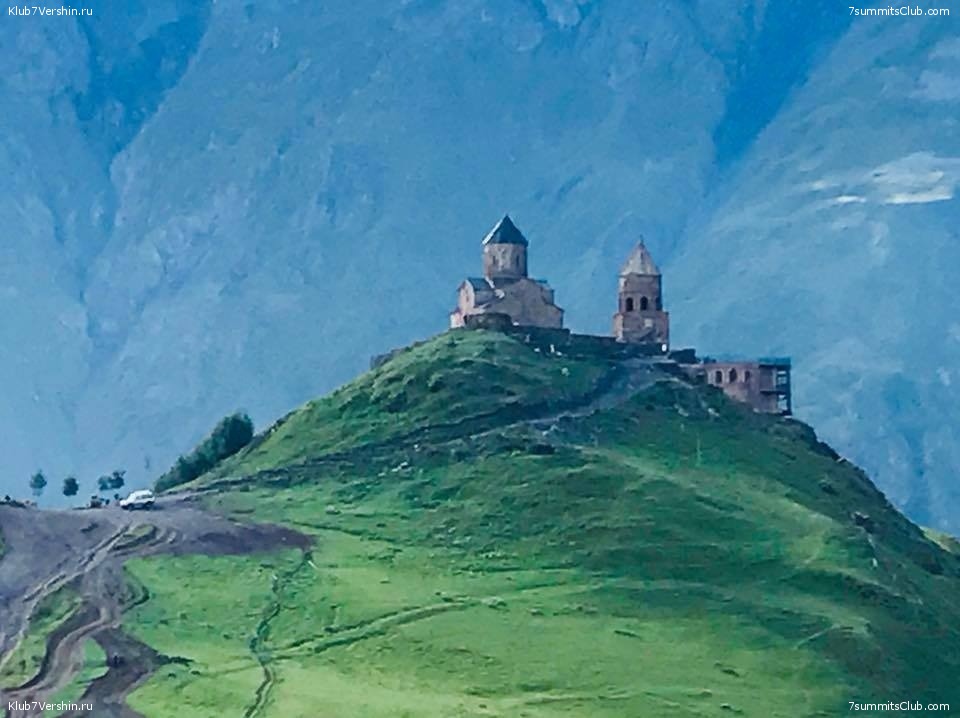 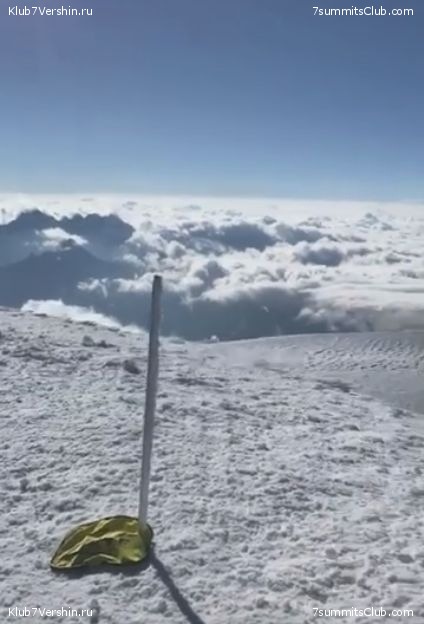 And the project was completed at 10th of August. 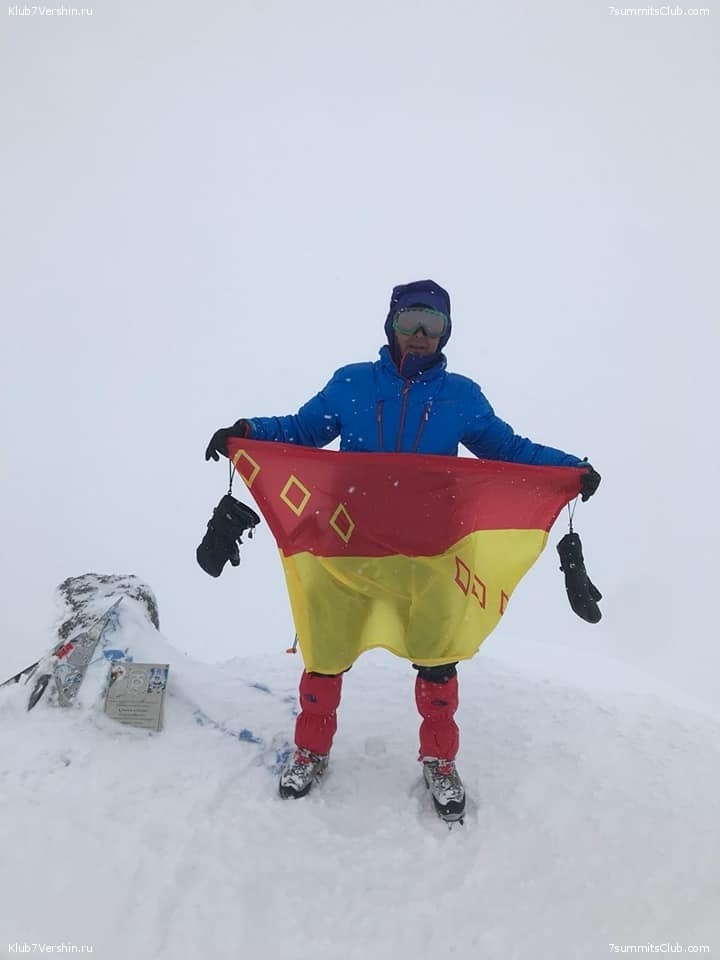 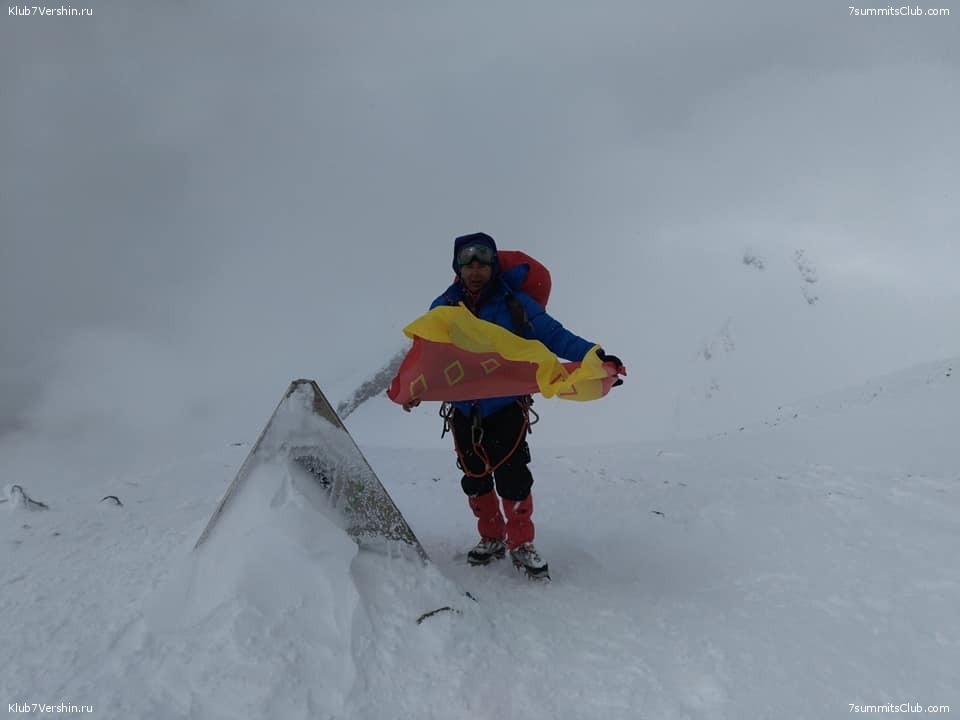