The first public performance of the Nepalese climber Nirmal Purji (easier, Nims) after the completion of his epic project Project Possible (14 eight-thousanders in 6 months and 6 days) took place in Moscow. The hero of this season came to Russia at the invitation of the 7 Summits Club. About 250 people came to listen to Nims's performance in the lecture hall of the Sport Marathon Travelers Club. The performance of the Nepalese was not long and detailed, he has no right to show part of his materials, because of obligations to sponsors. However, our audience remained completely satisfied. In particular, the fact that Nims devoted a lot of time to joint photographs and signing autographs. He withstood the whole rather big queue and this procedure took about an hour. 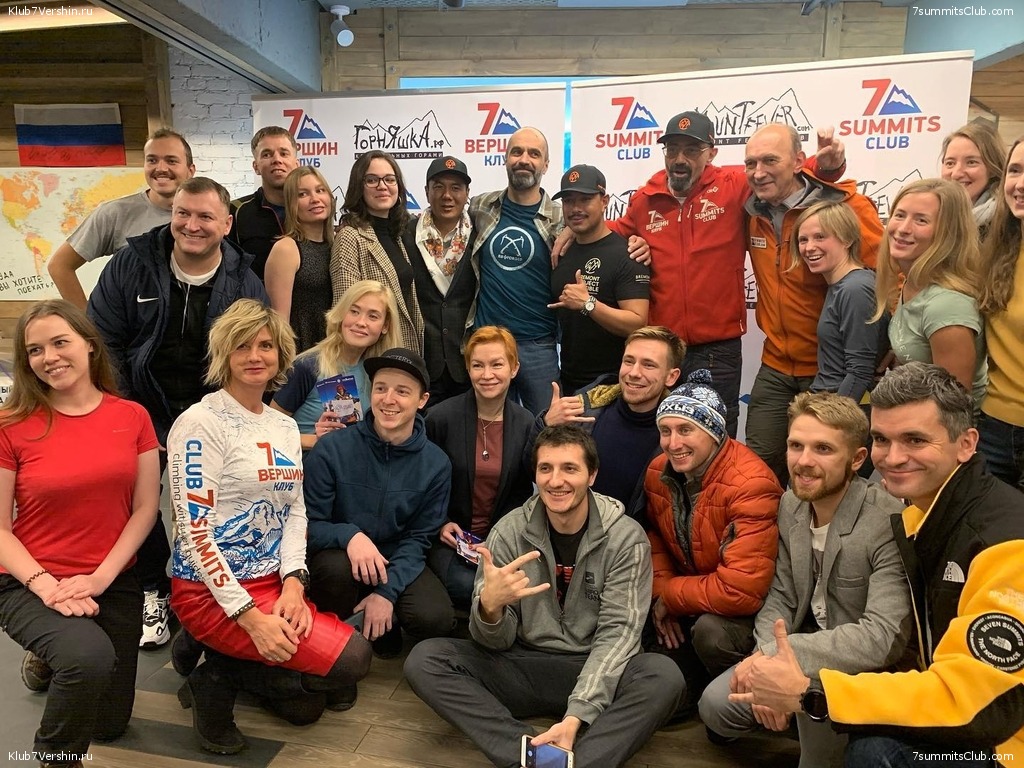 The 7 Summits Club in the person of its President Alexander Abramov handed Nims "Golden Ice ax", so we evaluate his achievement ... 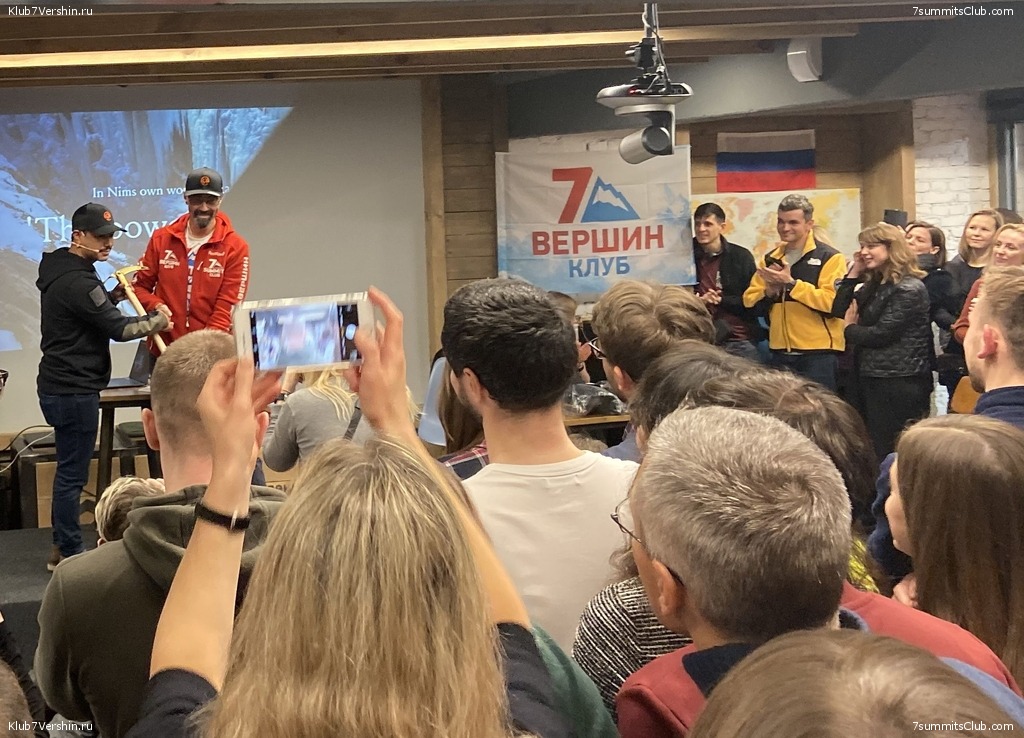 What was Nims talking about? 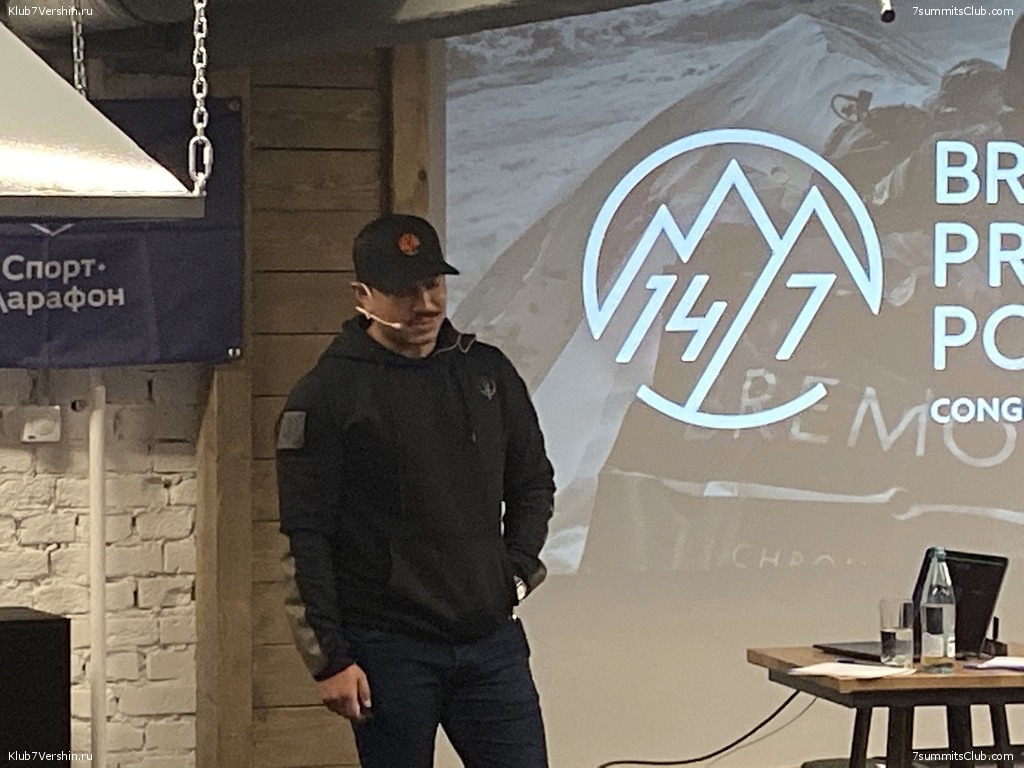 Nothing is impossible! The main thing in the project was precisely this idea! Show that it is possible. Nims sacrificed his pension,  laid his own house. And normal sponsorship appeared only after the completion of the first, most difficult part of the project.

But at the same time, he wanted to show that Nepalese can be considered  as leaders in high altitude mountaineering. They consider themselves underrated.

Nims paid special attention to the fact that during the project, his team held four rescue actions. Critically, this could affect success. Especially at the very beginning, when the schedule was broken due to the rescue action at Annapurna.

The most difficult was, of course, Kanchenjunga. It was only the fourth day after the descent from Dhaulagiri. Fatigue was incredible. However, when on the descent, Nims's group found three climbers who were unable to move independently, they were assisted. And of the 40 climbers who were in the nearest camp, no one took part in the action. 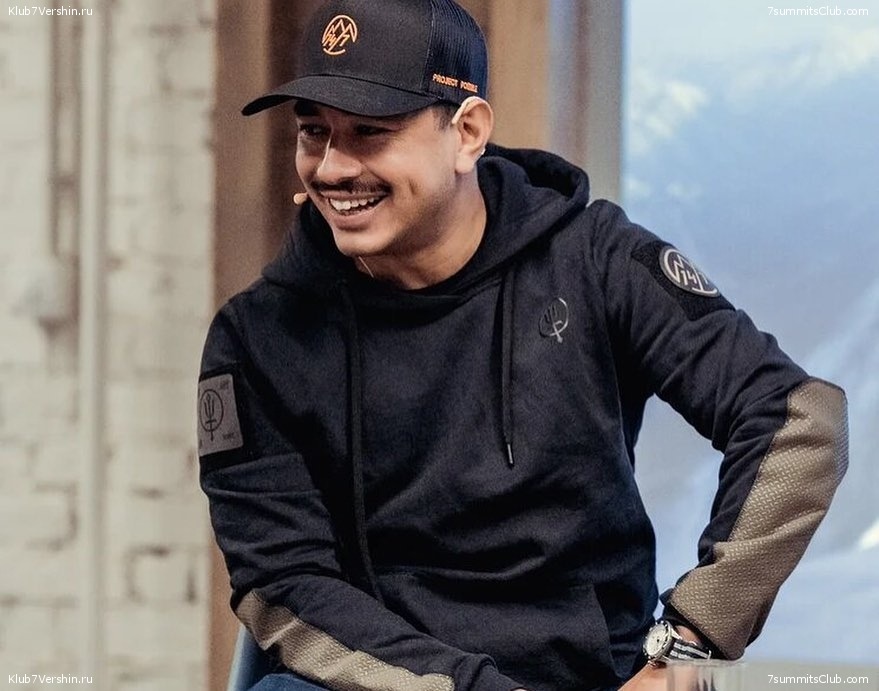 Nims also climbed with  supplemental oxygen because there can be different situations on the ascent and often other climbers have to be helped. What would be impossible without additional oxygen.

Before K2 he was worried more than usual. After all, no one was able to get to the top before them. Even very strong teams. Under the mountain there were about a hundred climbers. When they arrived at the base camp, everyone turned to Nims with a question about their plans. He answered - today we drink (alcohol) and no plans. And in the morning his team took the storm of the most formidable mountain.

By the way, during the 16-year service in the elite unit of the English army (the Gurkhas are considered by many to be “the best warriors in the world”) Nims did not drink alcohol at all. But now he believes that it can even be useful in the mountains.

On Pakistan's eight-thousanders, the Nims team had difficulties associated with the work of local porters. Nepalis simply did not like the pace of their movement. Therefore, they carried goods under Broad Peak and Gasherbrum independently.

And! Collaborate with  the 7 Summits Club and work with our groups. And not only in Nepal! 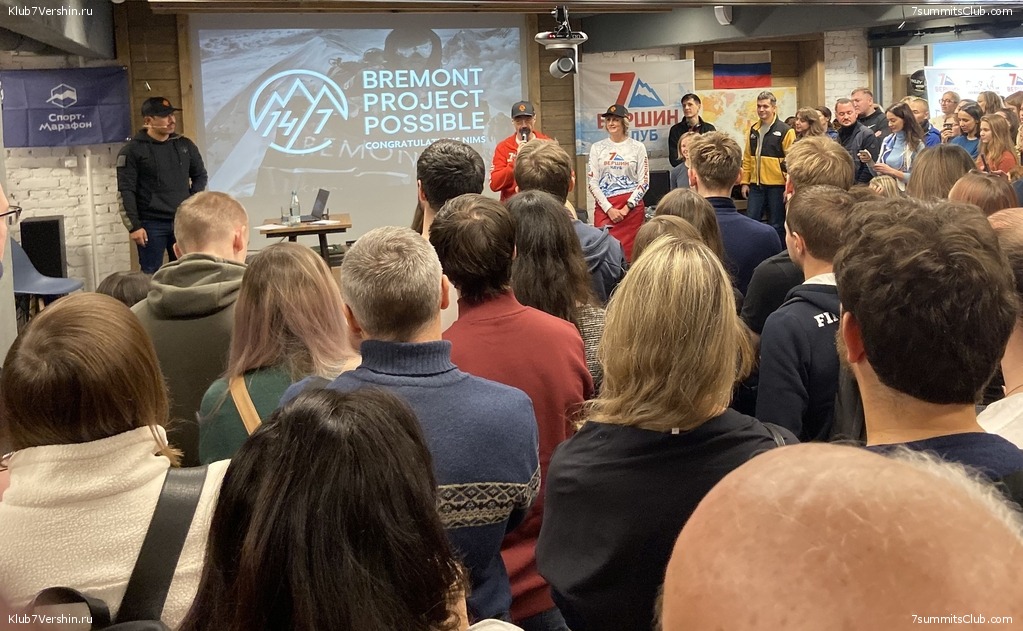 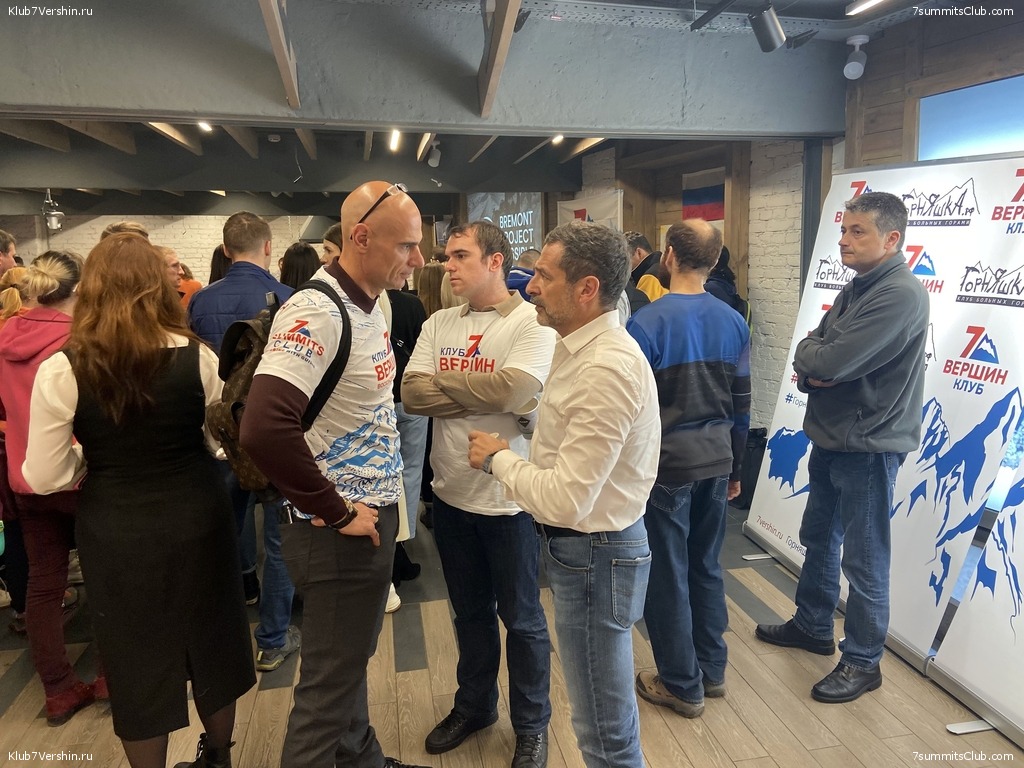 From an interview with Forbes magazine:

I am not really afraid of anything. But there is an old saying: If someone says, “I’m not afraid of dying,” they must either be a Ghurka or they must be lying. I am a Ghurka (laughs)!

Reinhold Messner, the man of the era who first climbed the eight-thousanders: “Nims, I can see in your eyes - it comes from your soul, from your heart - I think you can do this project.”

Now we made sure that Messner was right. Nims is a very honest, decent, pure in his goals, strong person in every way, and at the same time he is adequately thinking. We are friends now! 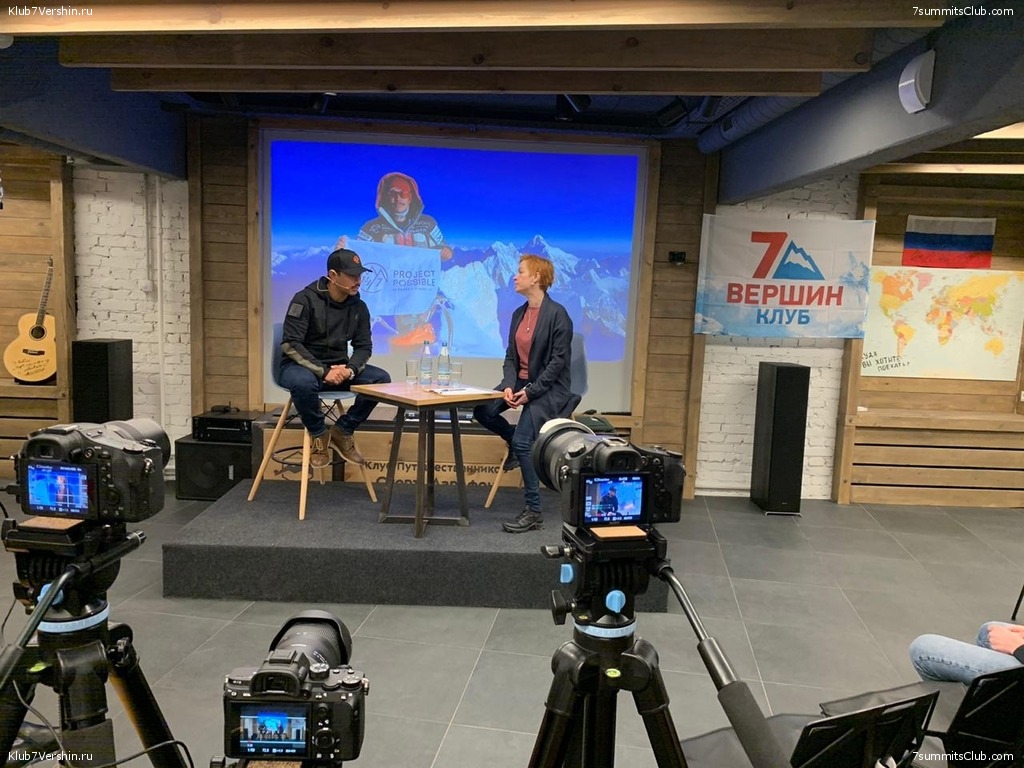 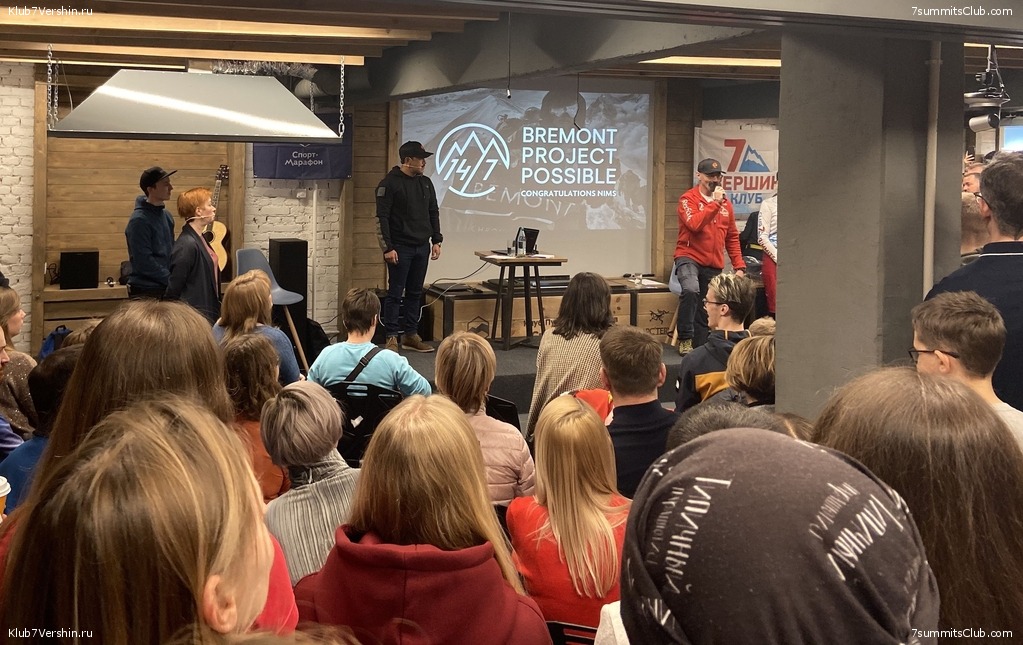 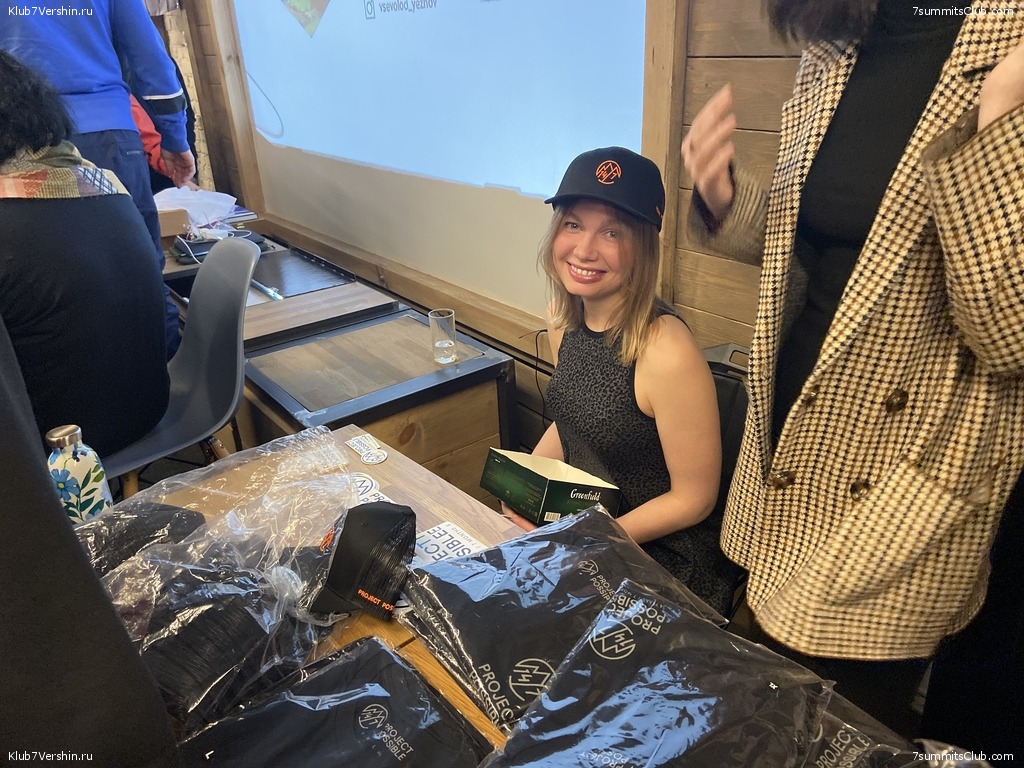