Climbing McKinley - the highest point in North America - is sometimes compared with climbing Everest in complexity. It is really harsh and cold: tents among deserted snowy expanses, glaciers with lots of cracks, temperatures up to - 25-35 degrees. In general, you need to think carefully before embarking on such an adventure.

The proposed route is the classic route to the summit of McKinley (or Denali, which in the place of the Aleutian language means “high” or “great”) - along the West Buttress. The main part of the path passes through a “closed” glacier (a glacier whose surface is covered with snow, glacial cracks are not visible). This whole snow-ice route does not carry great technical difficulties, although the steepness of individual sections can reach 40–45 degrees. These sections are hung with a railing.

The route (the total length of about 30 km) goes along the Kahiltna glacier through the camps 2400m, 3000m, 3300m. It’s about 15 km on a Ski tour, dragging a sled with a load. Then the skis are left (usually in the Eleven camp at 3300 m) and the cats make a rather long transition, through the "Windy Corner", to a height of 4330 m. This is Advanced Base Camp (or Ranger Camp). The next passage to 5200 to the assault camp and from here, through the "Denali Pass" climb to the top. The route is complicated by very low temperatures (the problem is even going to the toilet) and an abundance of large cracks. 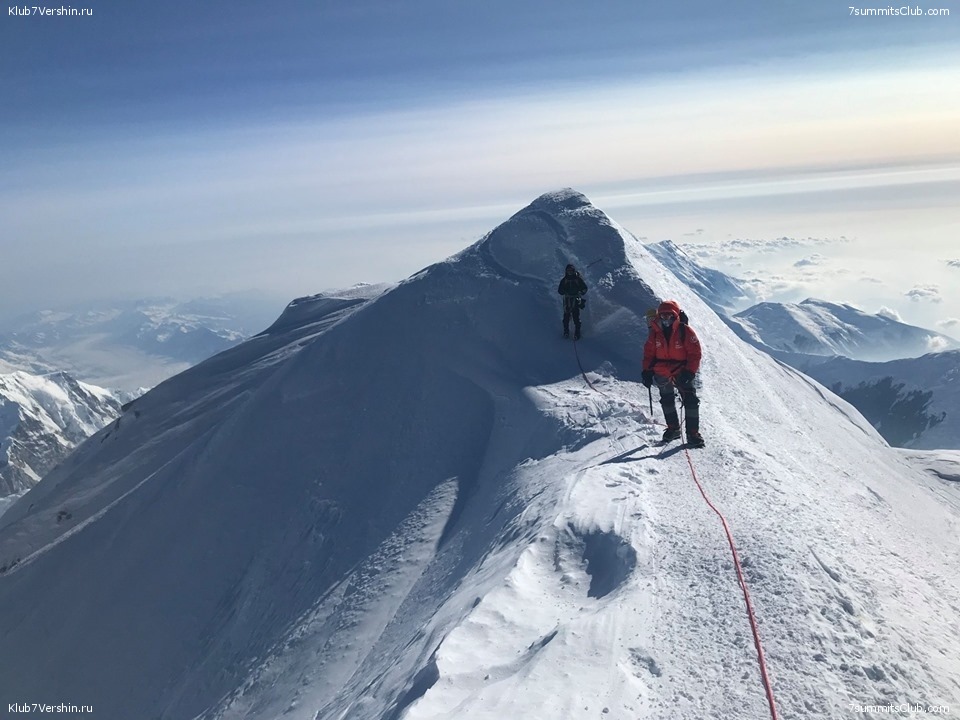