May, 15.  We are proud to report that the entire team has successfully reached the summit yesterday shortly past midday! Team pictures were taken on the summit of .... Kala Patthar at 5550m. Since we all were stuck at the Base Camp for several days in a row because of bad weather, all felt that something needed to be accomplished, a short break from the camp had to be taken, and some work must be given to our muscles which got way too used to tent-ridden horisontal positions. 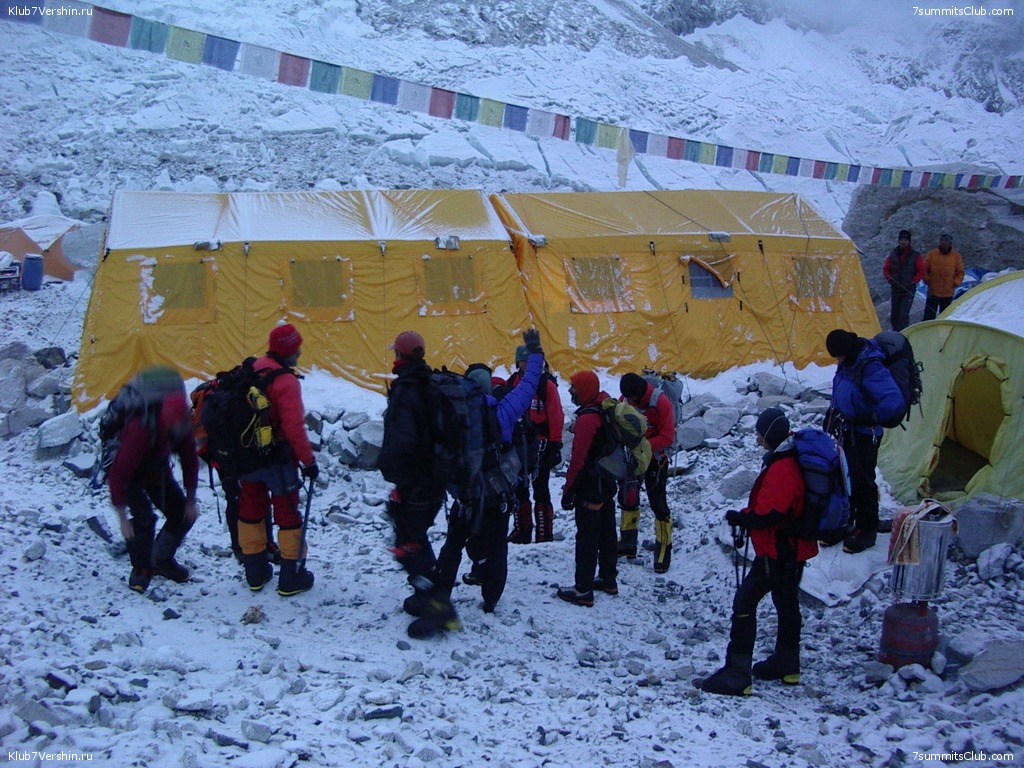 Hense, we took a 1.5 hr hike to Gorak Shep, the last permanent outpost of "civilization" before the Base Camp, and onto Kala Patthar, a nearby summit offering magnificent panorama of the Khumbu glacier, the Base Camp and the Everest Summit, together with the North Col and the south Col of the mountain. A few minutes after we summited a strong winds from the nearby Pumori "blew" us down to Gorak Shep where we had a little celebratory lunch. 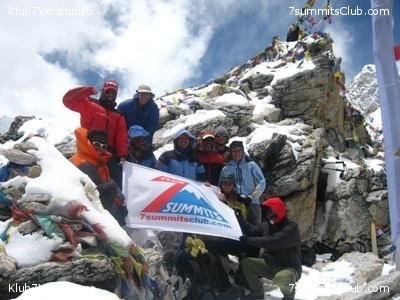 Now that the weather has stabilized (knock on wood) we are finally bound for the ultimate summit push. Needless to say everybody is psyched and is busy checking the inventory of everything one might need on the mountain. We are scheduled to head up the Ice Fall before dawn tomorrow morning (May 16), with subsequent stops at Camps 1, 2, 3 and 4 on the way to the Summit. Provided everything runs smoothly, we will be on the mountain during the next 7-10 days.

Today Seven Summits Club started summit attempt. Thay plan to climb to Summit of Everest 20 and 21 of May. 8 clients, 4 guides, 11 Sherpas and doctor went to Camp 1. It took 4 hours. The mood and feeling of all are excellent. The weather is good. 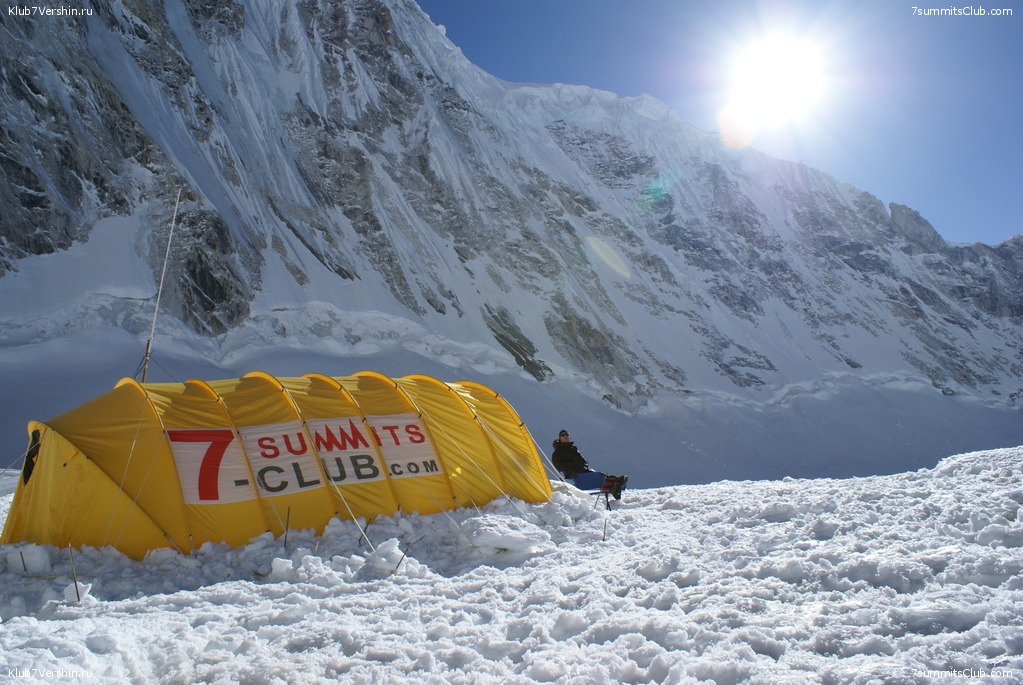 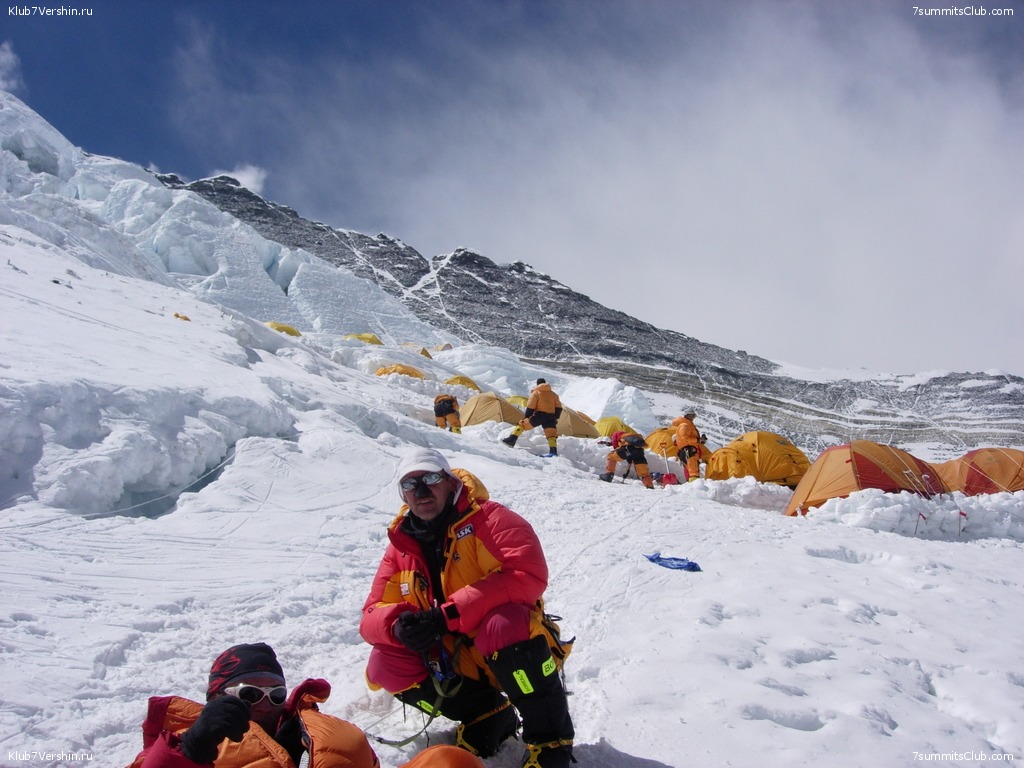 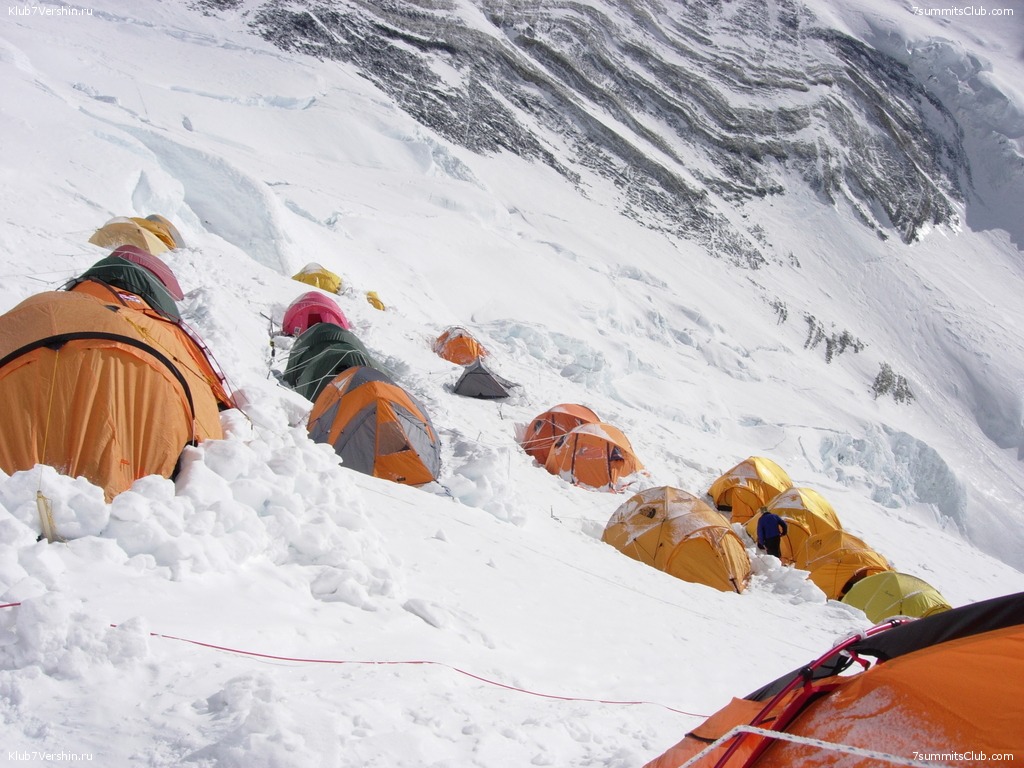 Message from Alexander Abramov. A few hours ago, Abu Elmezov made a successful ascent to the top of Everest, becoming the first Balkars at the top of the world. At this point, he come down, have gone beyond the South summit. 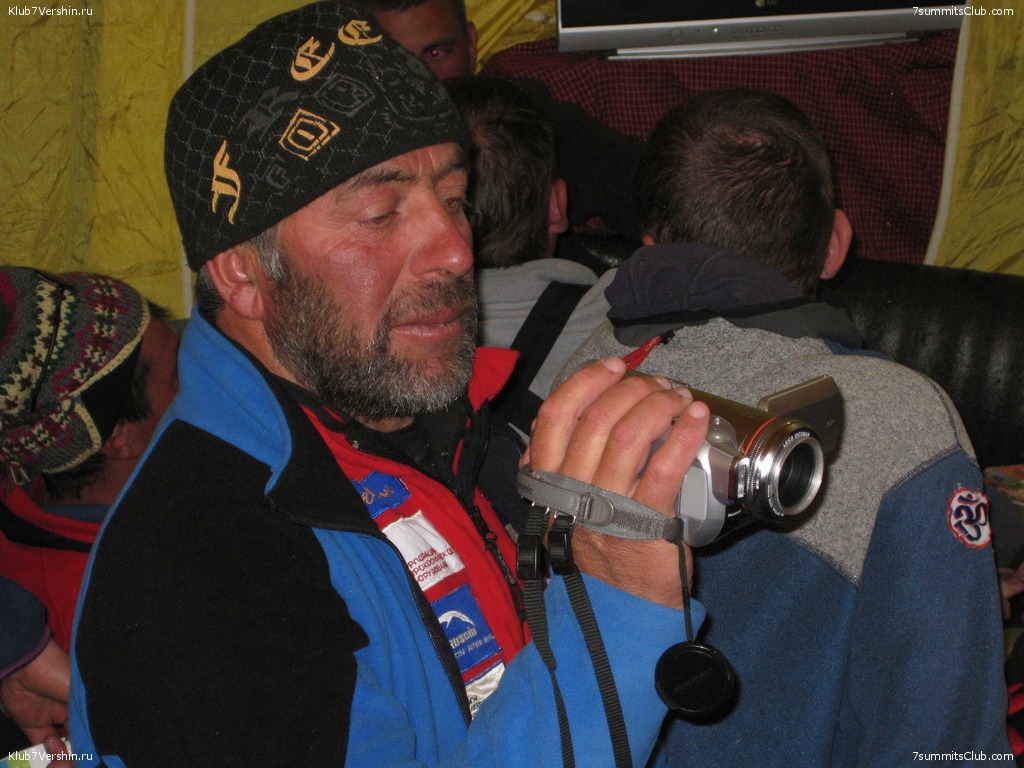 Seven Summits Club warmly congratulates him on this achievement!

Alexander Abramov and the first group of 7 Summits Club’s expedition located in the South Col (8000m) and has less than 2 hours - 8 pm today (May 19) for Nepal (about 6 pm in Moscow) is planning to go to the summit.

We are waiting for further developments and to keep kids fists! 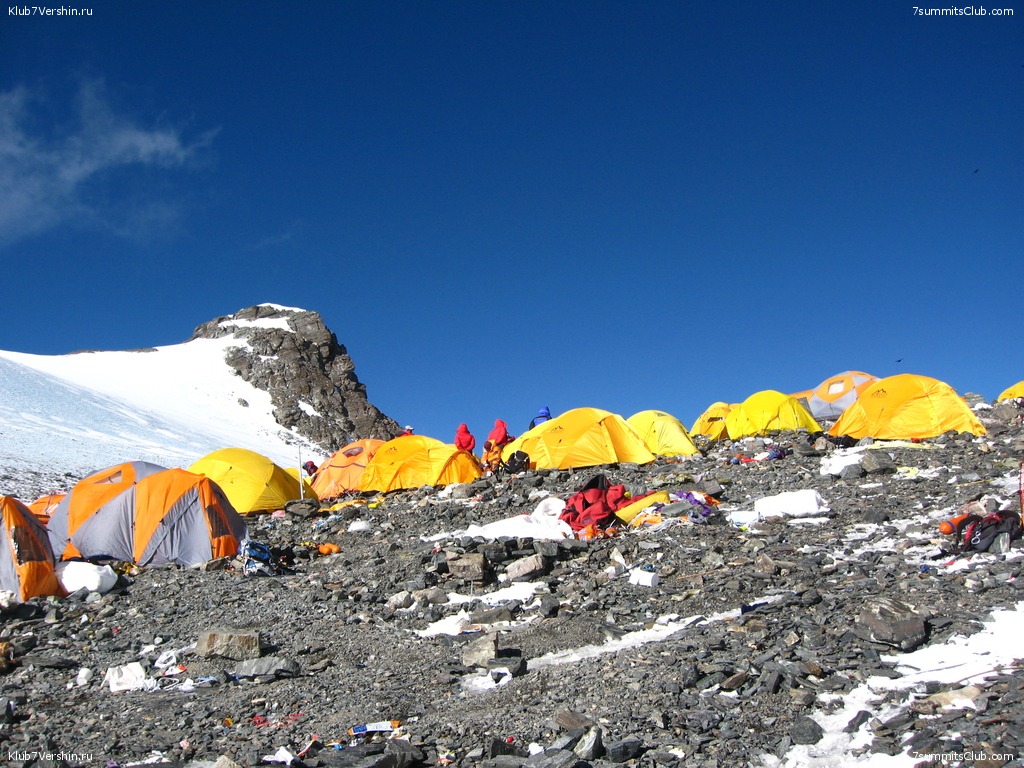 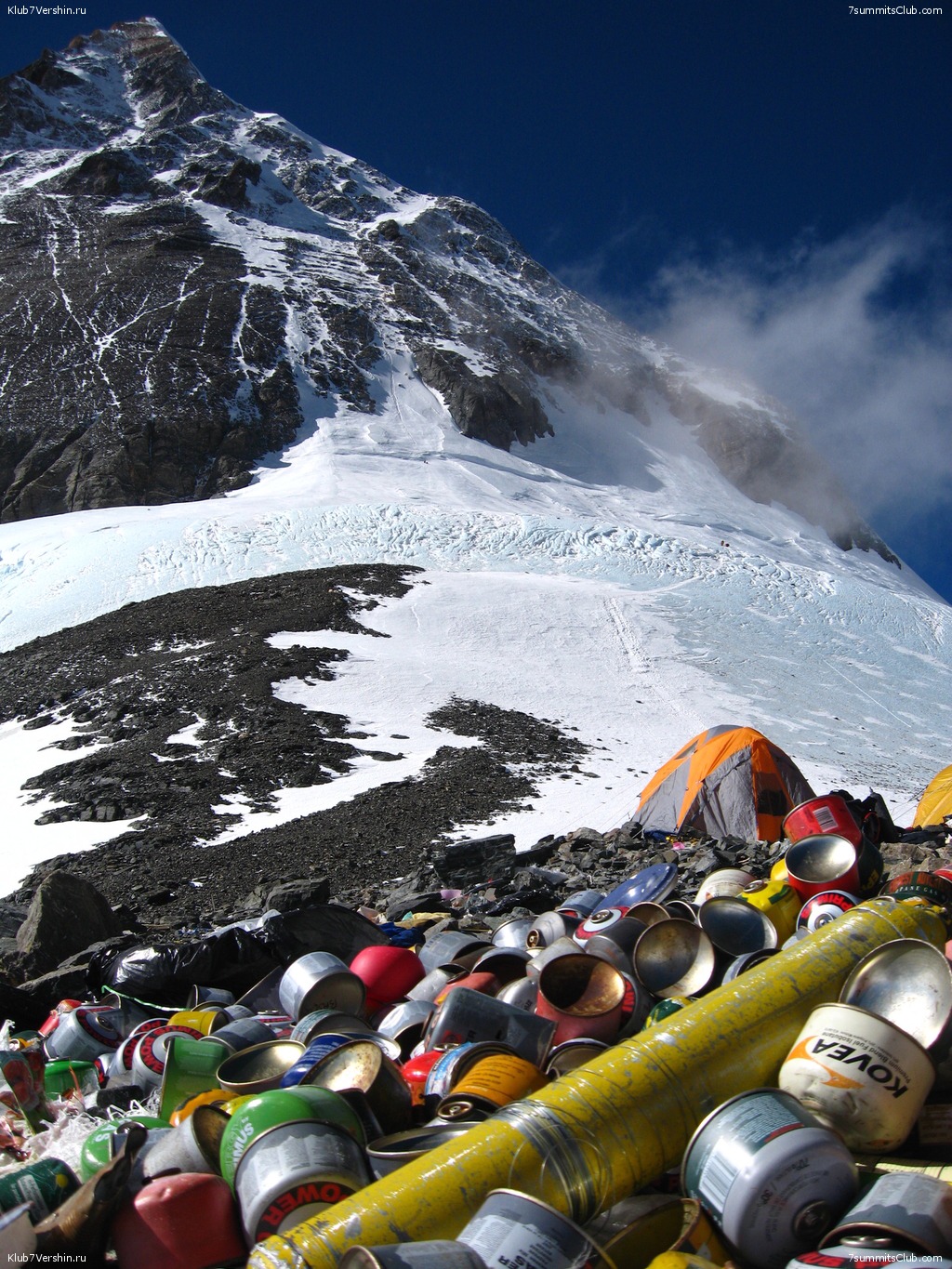 KARPENKO Andrey is the first Moldavian reached the Everest summit. 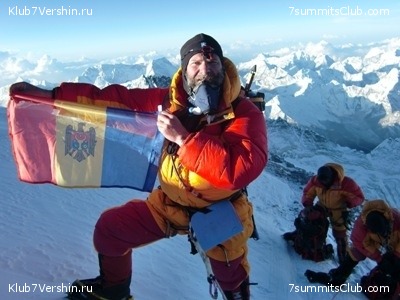 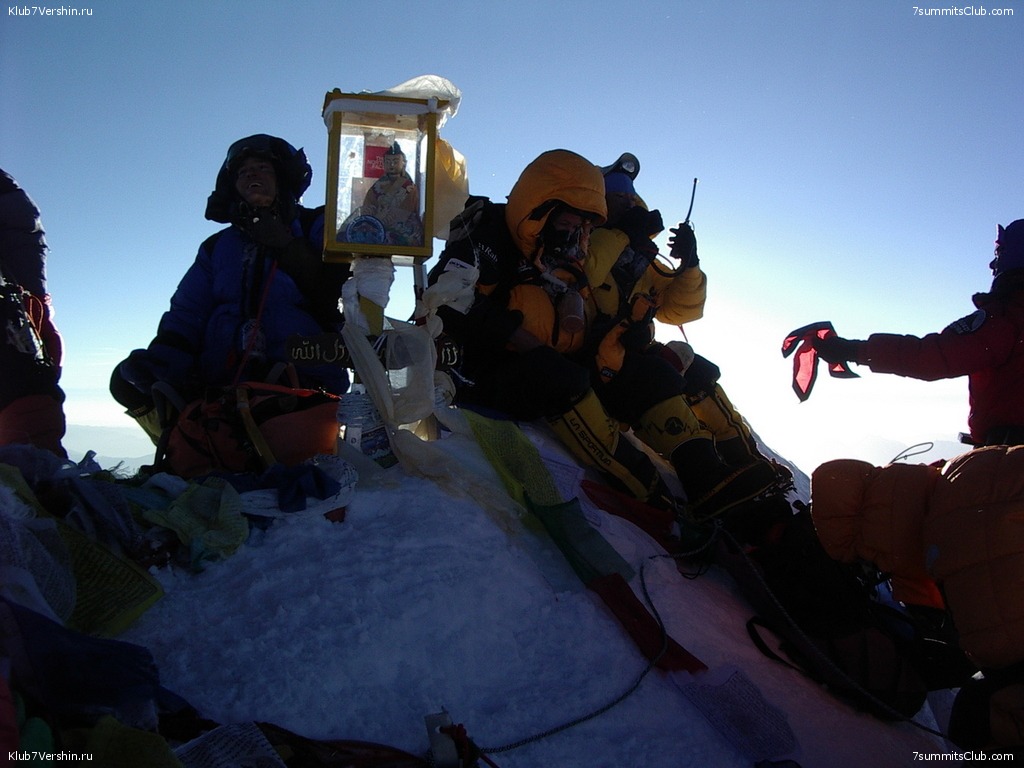 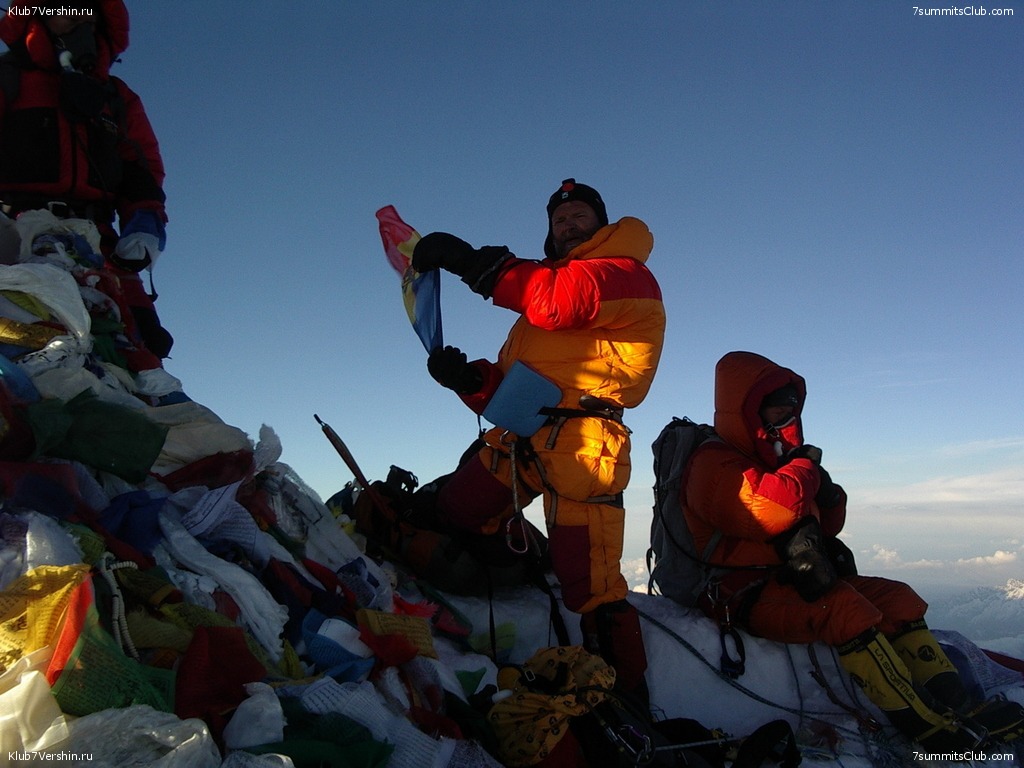 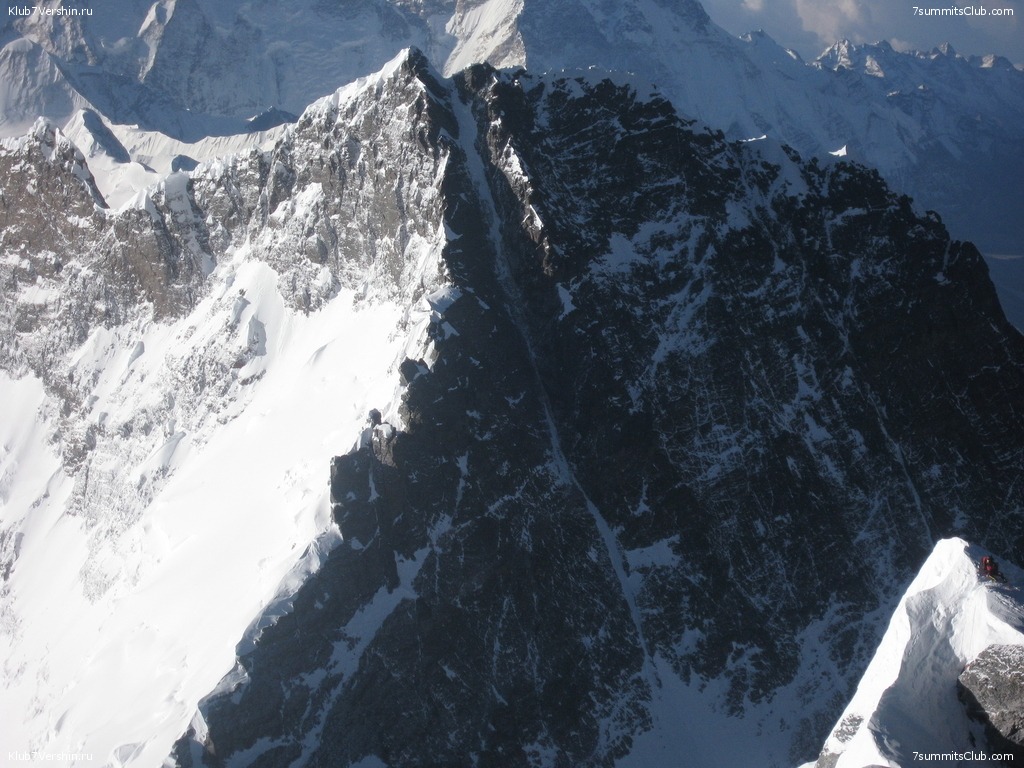 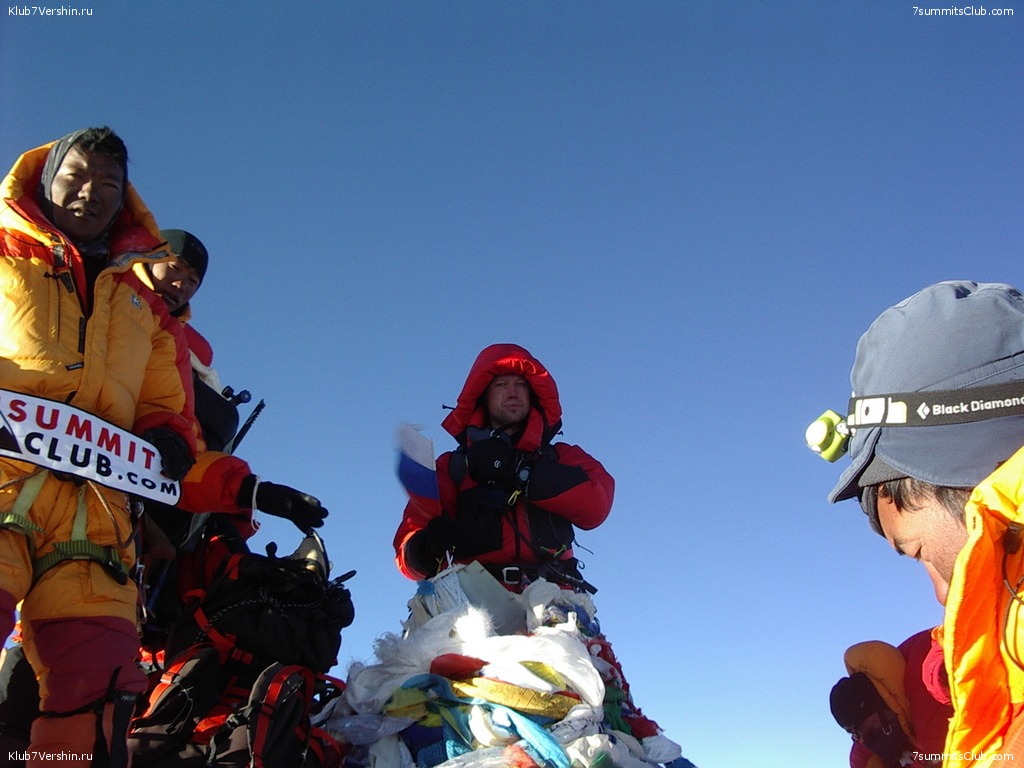 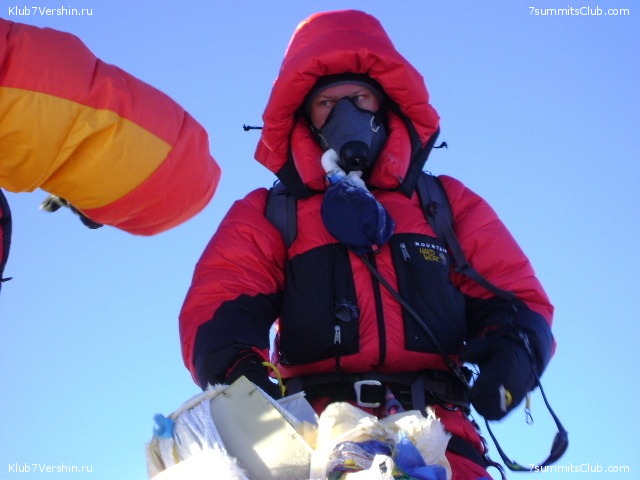 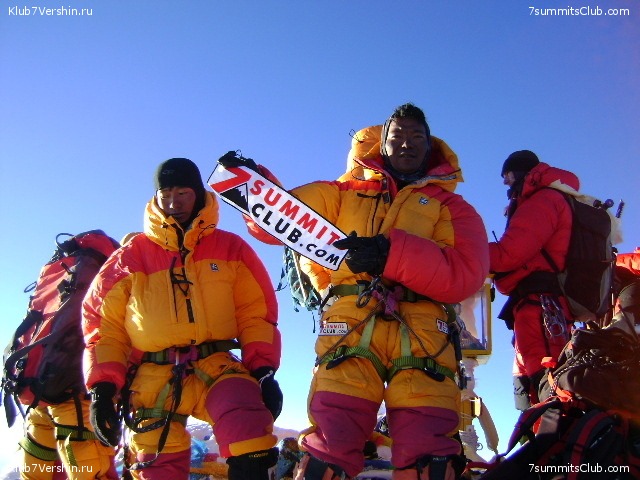 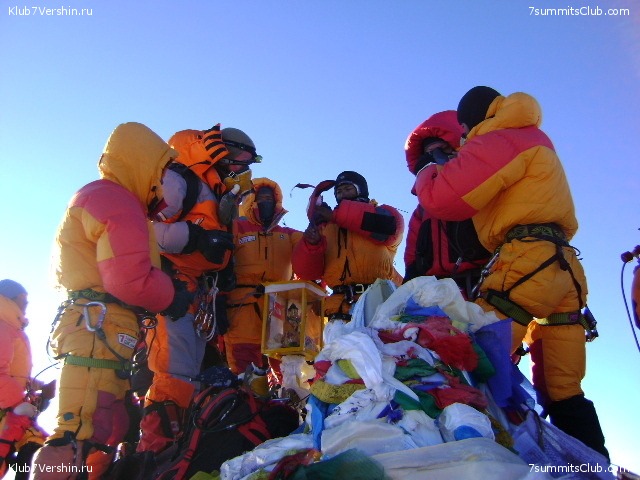 This morning the second group of 7 Summits Club in full force reached the Everest summit!

This group was led by legendary Russian climber Nicholay Cherhy.

These are the people who stood at the highest point of the planet: 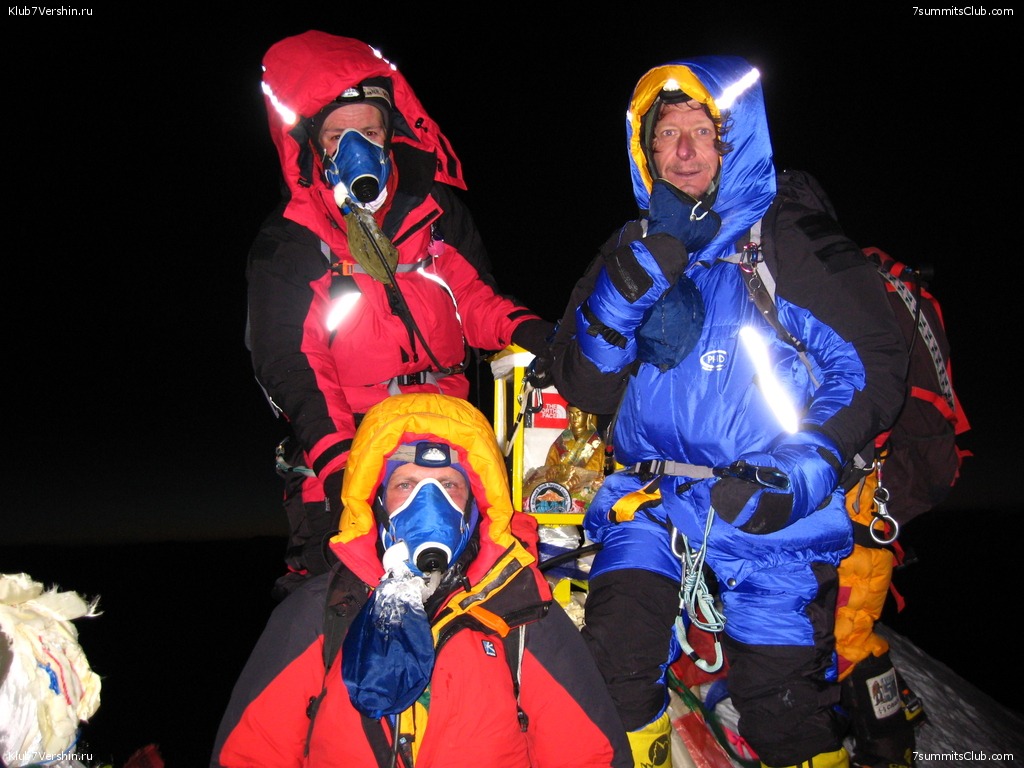 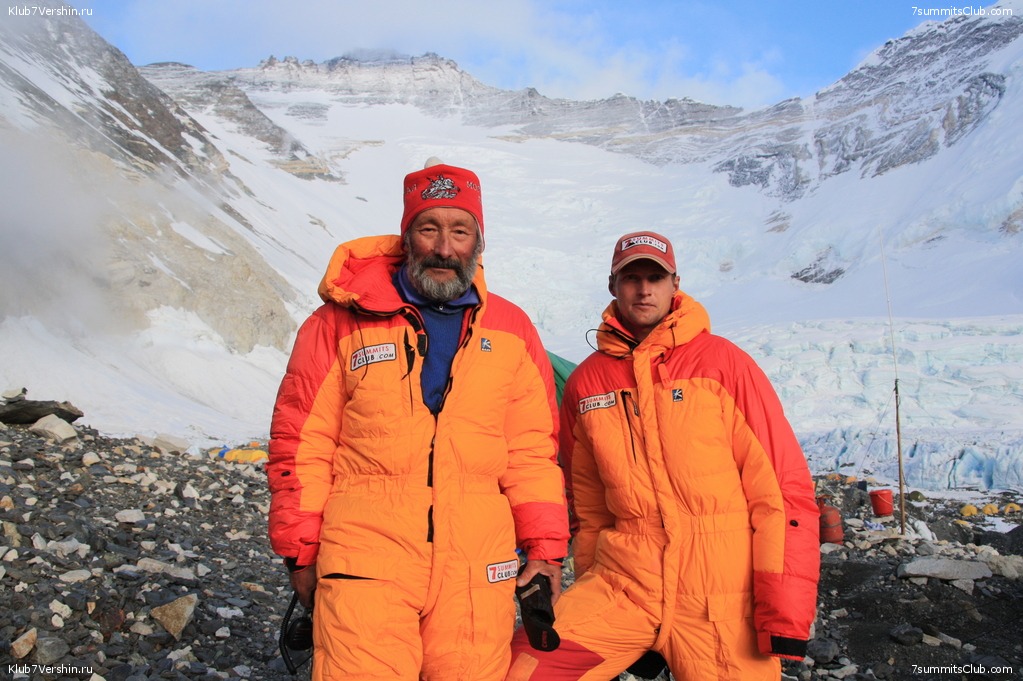 In total, during the 7 Summits Club Everest expedition led by Alexander Abramov 12 people reached the Summit: 8 participants and 4 guides.

We warmly congratulate all with this achievement!

In the course of our 7 Summits Club Everest 2009 expedition the following records were registered:

Today both groups are descending to Base Camp (5100m) for a couple of days rest and then will proceed to Lukla and Kathmandu. 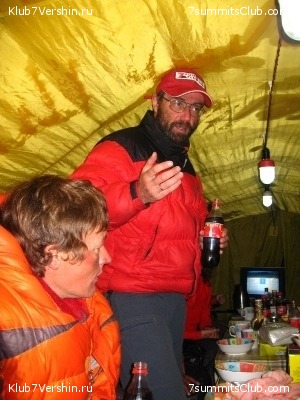