Once we settled in the loggia, it started to rain. Rain went to the darkness and midnight. All around it was wrapped up in mist, so that come true what was promised by all our predecessors. They said that we will go in the sputum, in swamps, trembling dank. In the morning, it was announced earlier (5 a.m.) wakey. There was no rain. Looking ahead, I will say in that day it did not start, it started only with the following darkness.

By the way, the loggia, where we settled (name Magic Lodge) was quite a good quality. Stilt house for two people, electricity, toilets in each, hot water, clean linen, warm blankets (important! - 12 degrees in the night), great food from a local chef, a lot of fruit.

In the morning we got into jeeps and drove an hour to the village of Malka at an altitude somewhere in 2550 m. There we met porters of 14 people (2 for each person). Local guide Luke came with us, he was from the village of Paya. The porters were divided exactly in half on bare and shod.

We distribute the goods and went. On this day our guide Olga Rumyantsev promised us 7:00 grueling transition. First, a bit along the fields, and then we went into impassable jungle…

About four hours later we were on the barely visible path, climbing over fallen tree trunks and forced his way through the bushes. Sometimes porters had to work a machete. One of the locals are periodically read to us a short lecture on the local flora (fauna there is miserable).

The first big rest we did after four hours of walk, came out of the woods on an alpine meadow. By the way we have risen about a thousand meters. The mood was good: More three hours at an open area with a small rise - and we are in the camp. But three hours later accompanied us Papuans showed no indication that we will soon stop. And our forces were calculated at the end. I asked - where? And I get the answer: three hours. Maybe a mistake? We are waiting for Luke to ask again, but he confirmed. It came as a surprise even to Olga Rumyantseva. And Luke said that, first, it will be a normal place for the camp not earlier than three hours, and secondly, that place is convenient because is close to the top.

We go further, angry and knackered, knowing that he was right. Around the swamp, there is no place to put the tent. Someone tries to joke, they say, the Papuans have no watches there, so their concept of time is extensible. Not fair. Papuans were very punctual (told breakfast would be at 6:30 - and it was), and the sense of time they have correct. As a result, the very first of us did go three hours. And the latest (this, of course, I) – at all four. All this time we walked by a long ridge at an altitude of approximately 3800-4000 meters, the trail first rose 50-100 m, then fell and rose again.

At the end of such difficulty we lost scored meters, going down at 300 meters to the river and the forest, where there really was a clearing suitable for the camp. An hour went to make a campsite. …. I was upset by my tent and laid down to sleep on an empty stomach, I only drink. 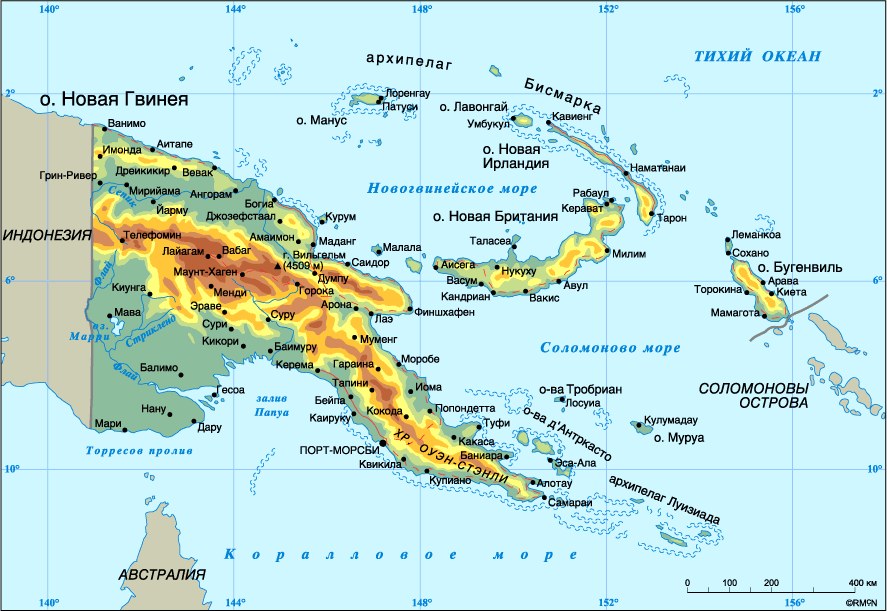 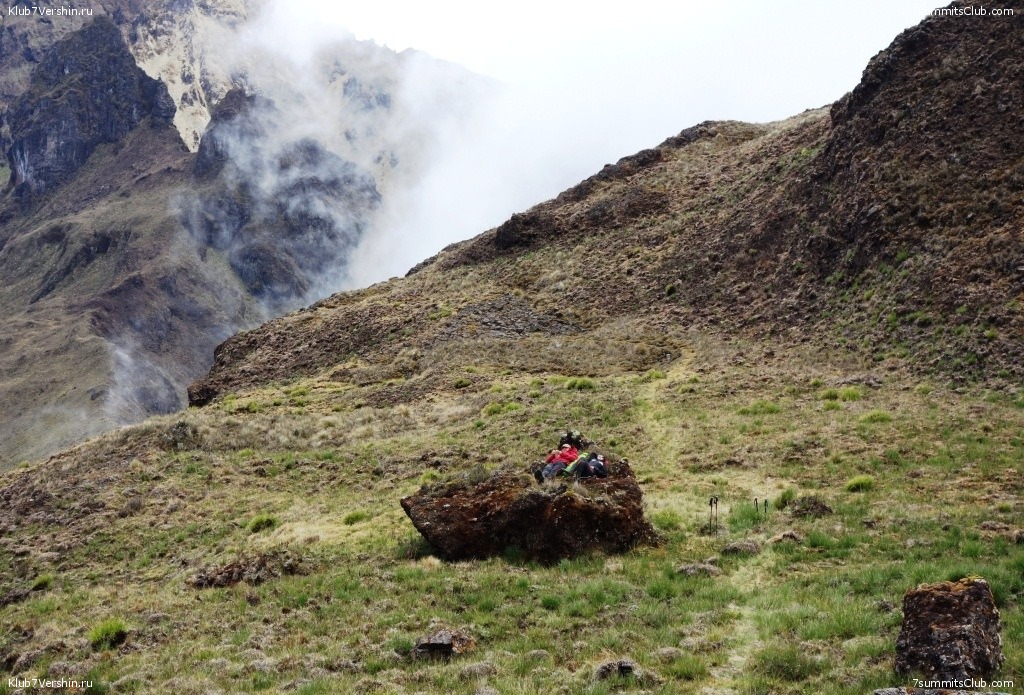 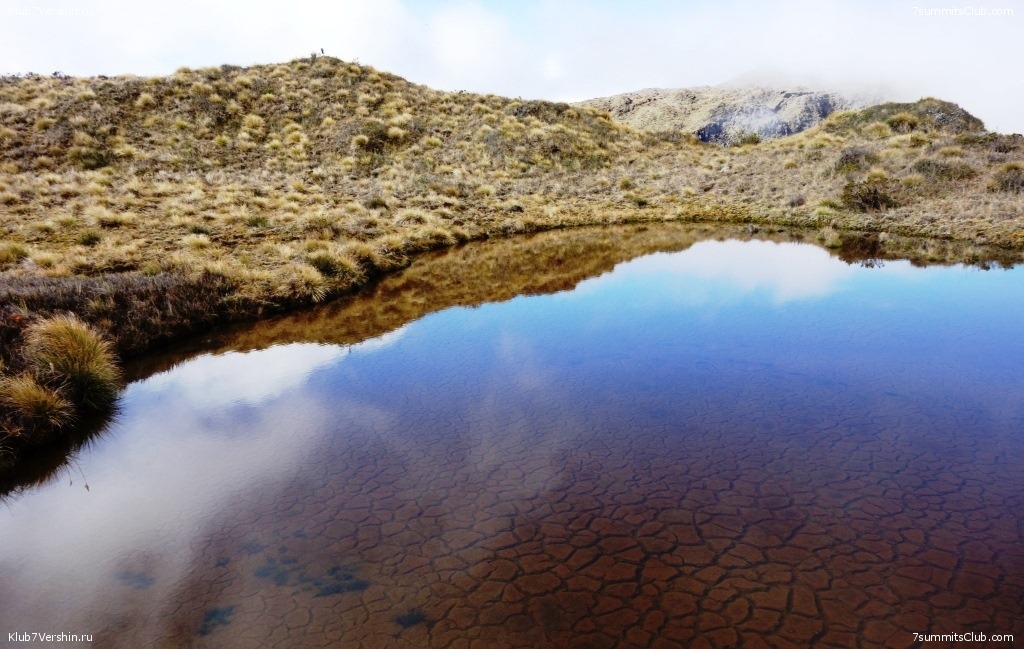 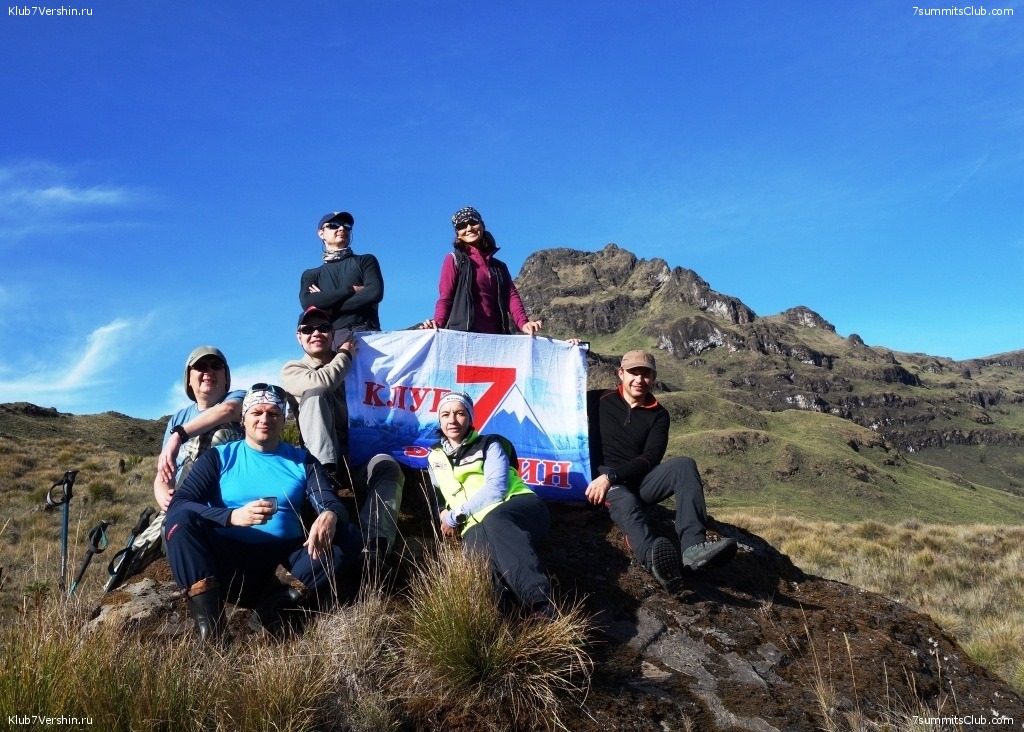 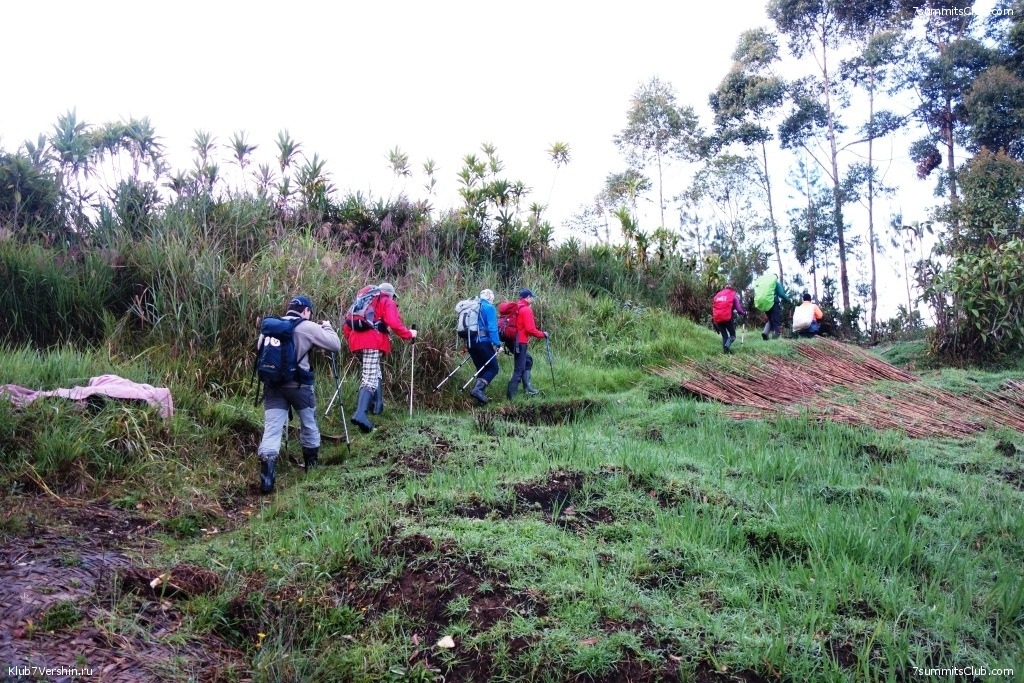 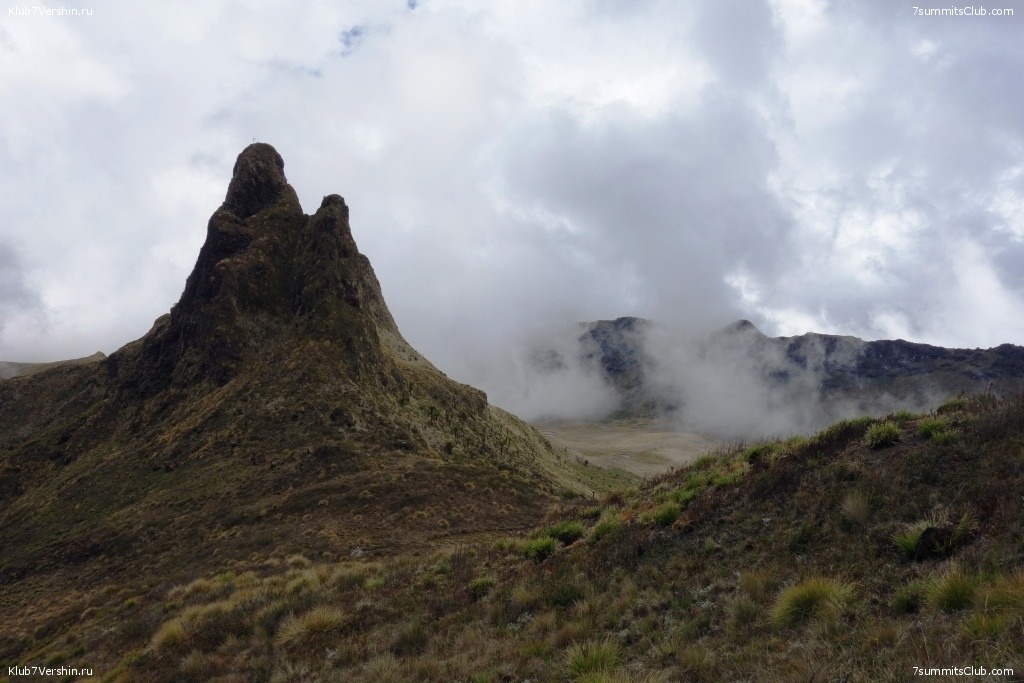 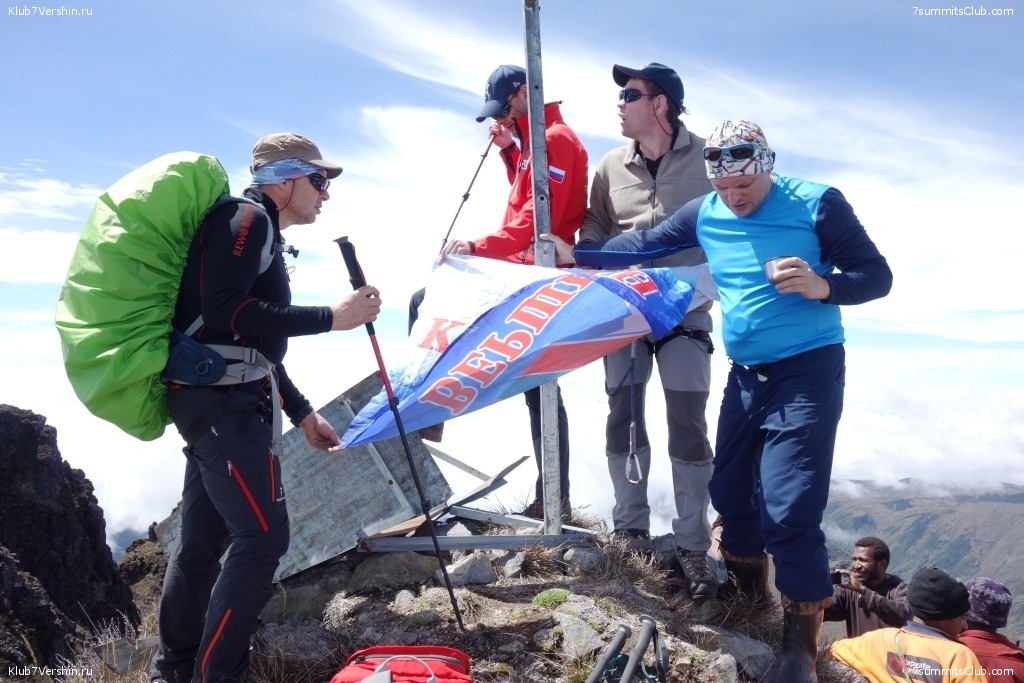 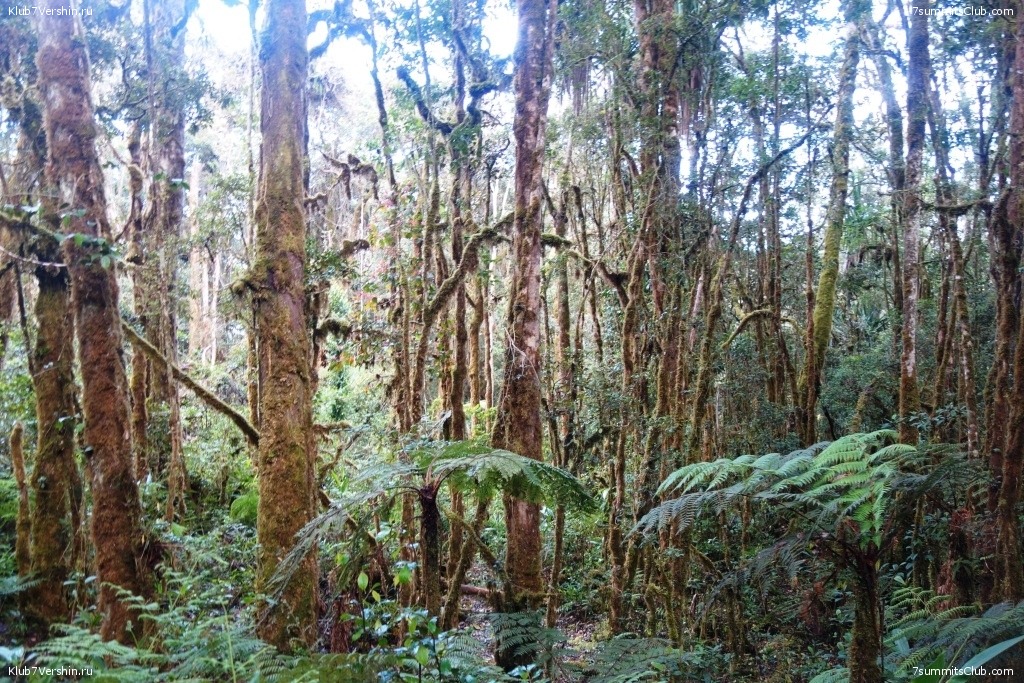 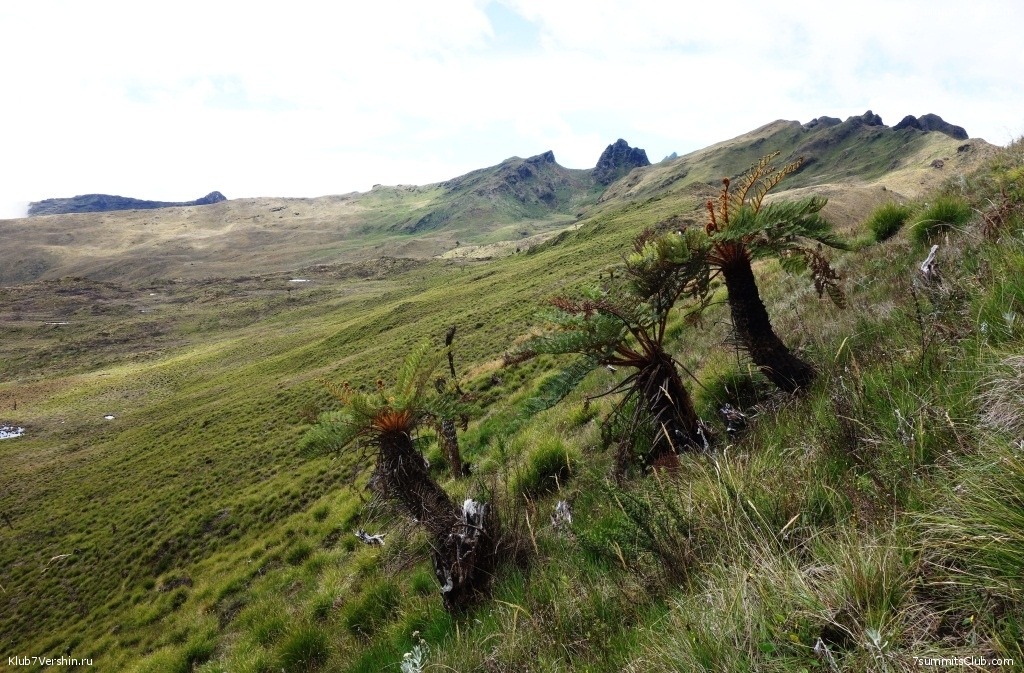 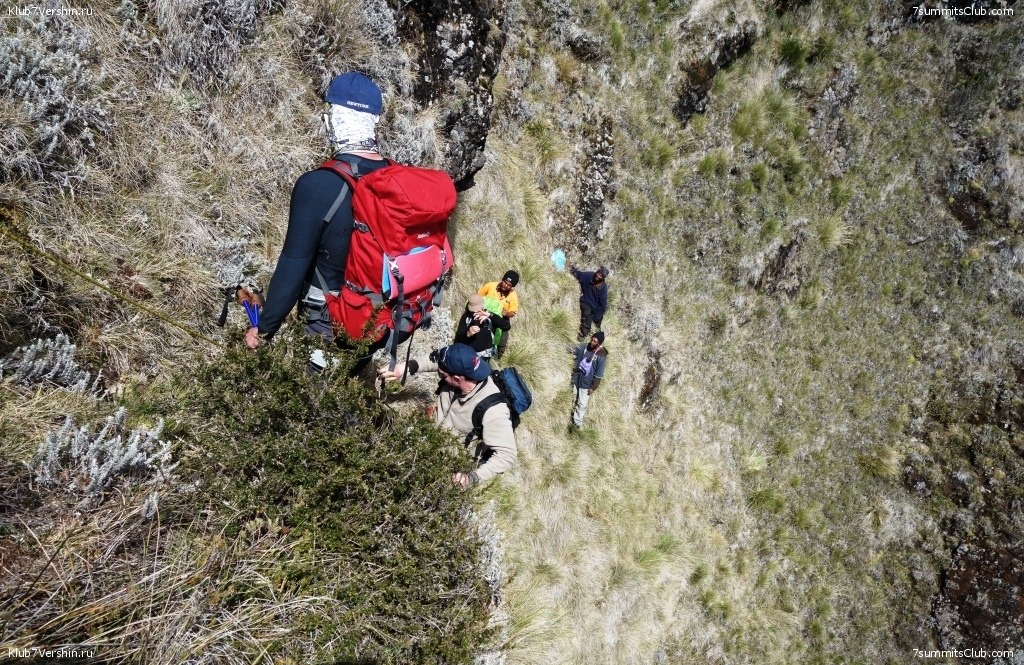 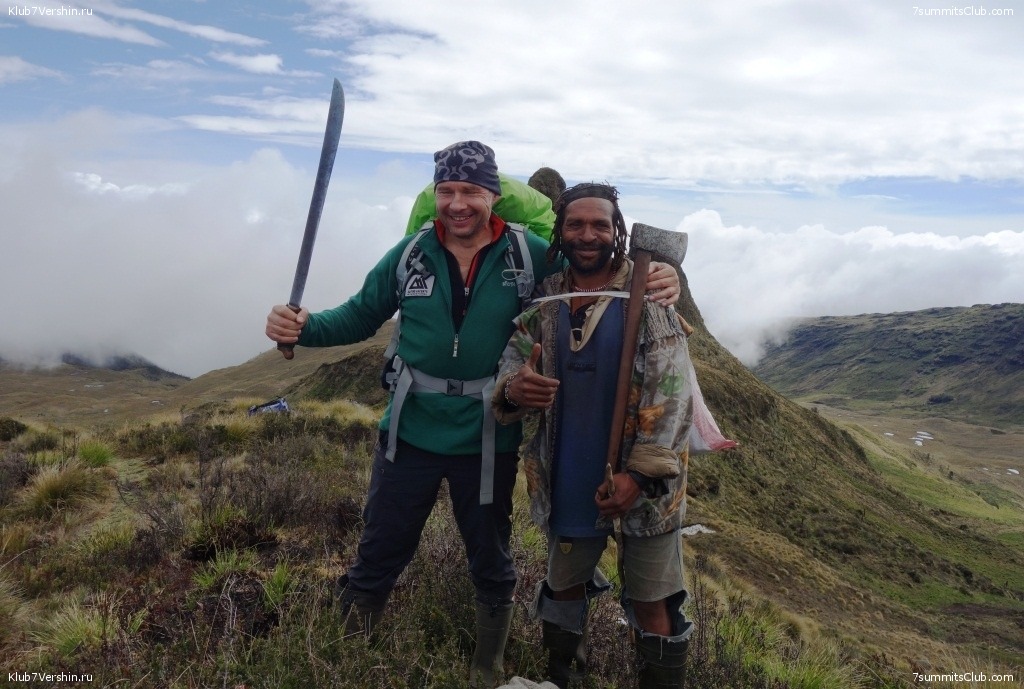 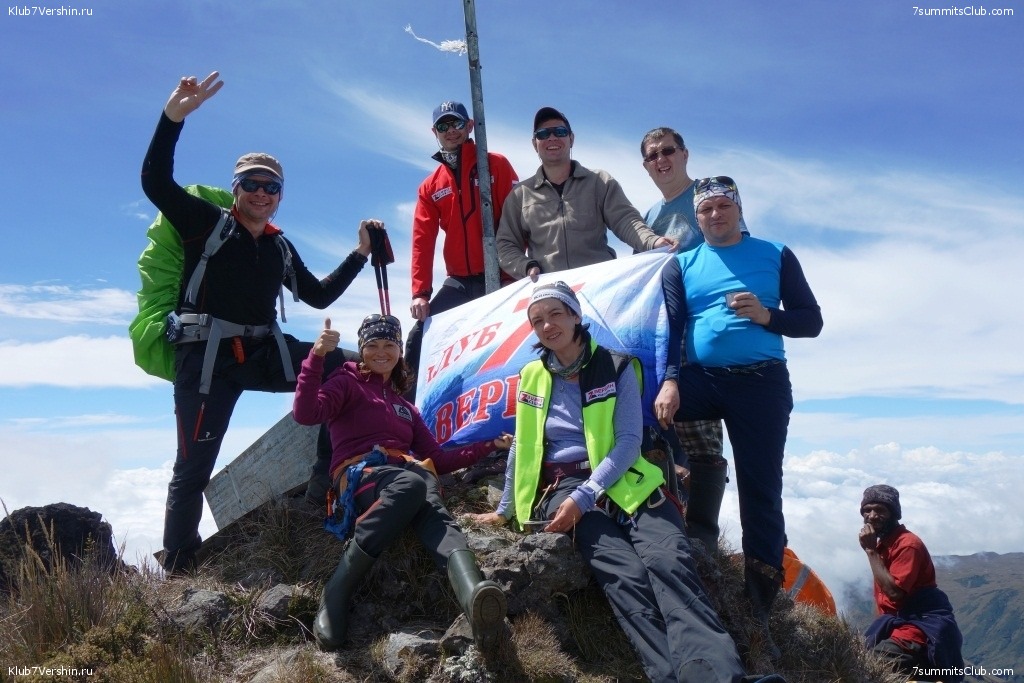 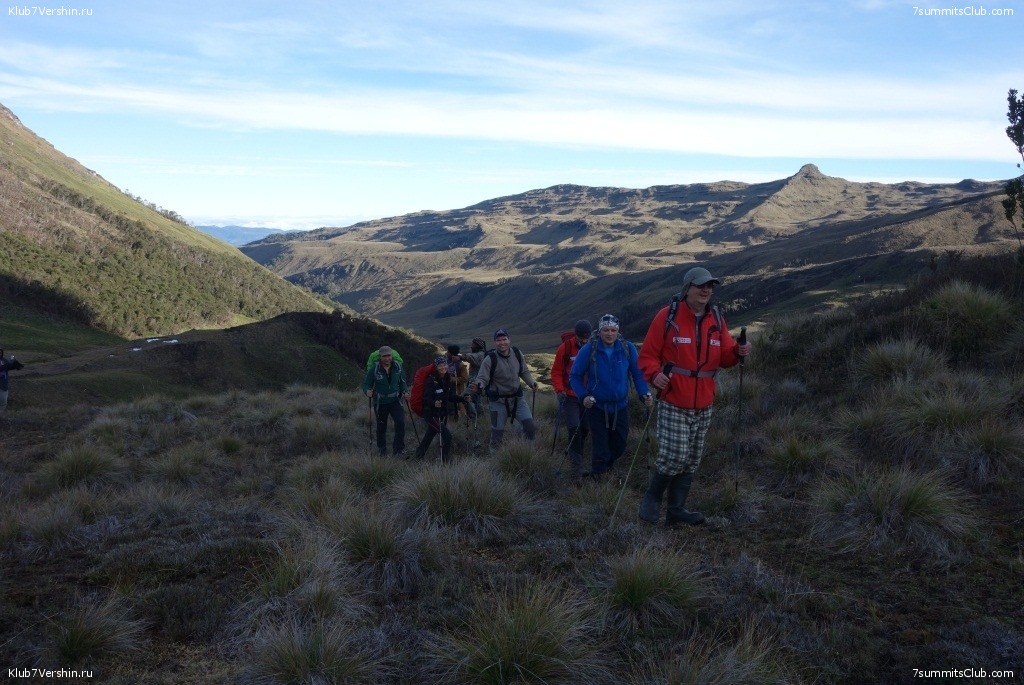 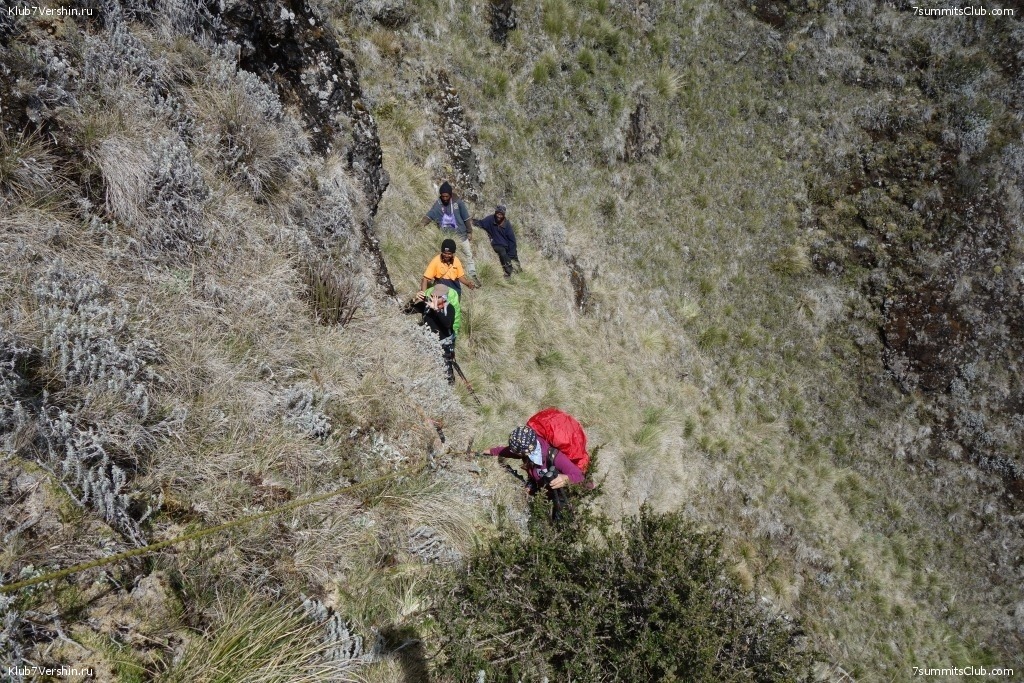 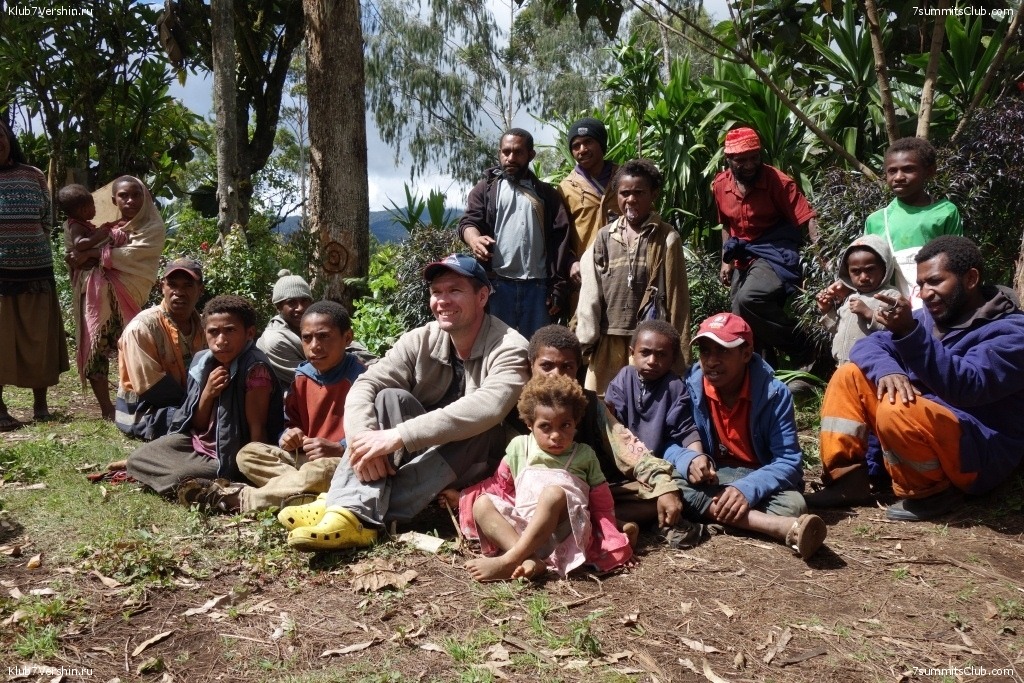 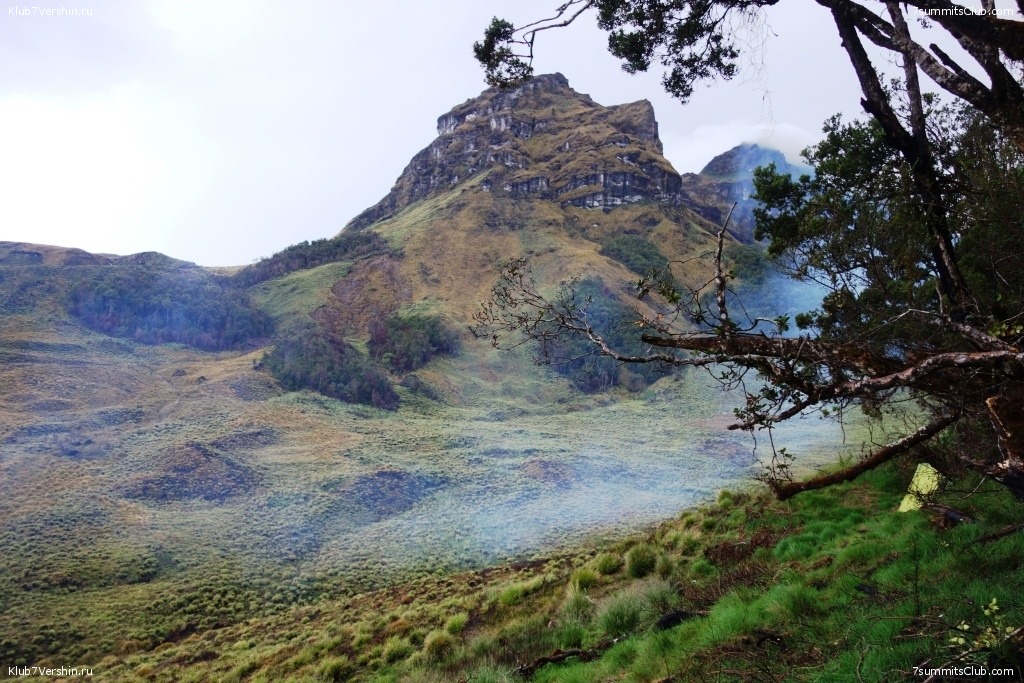 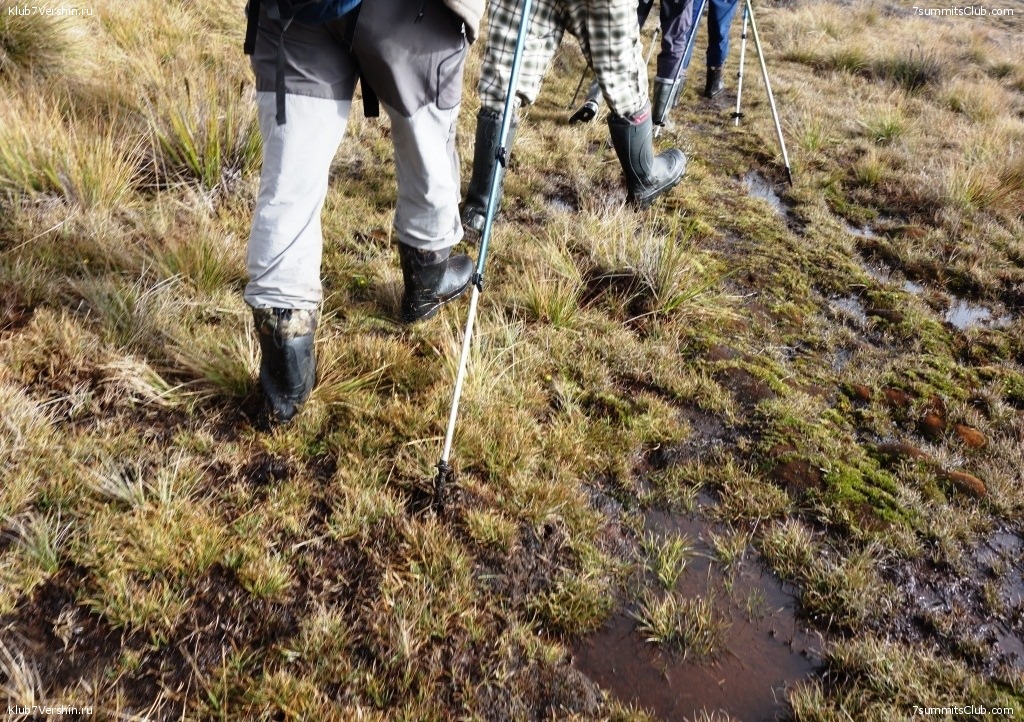 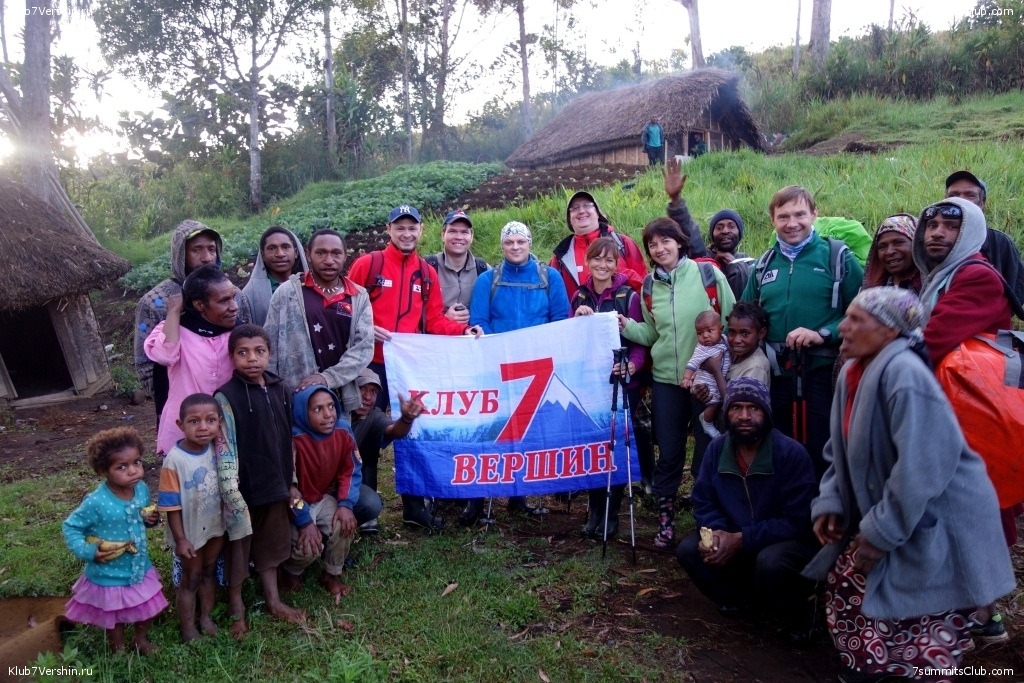 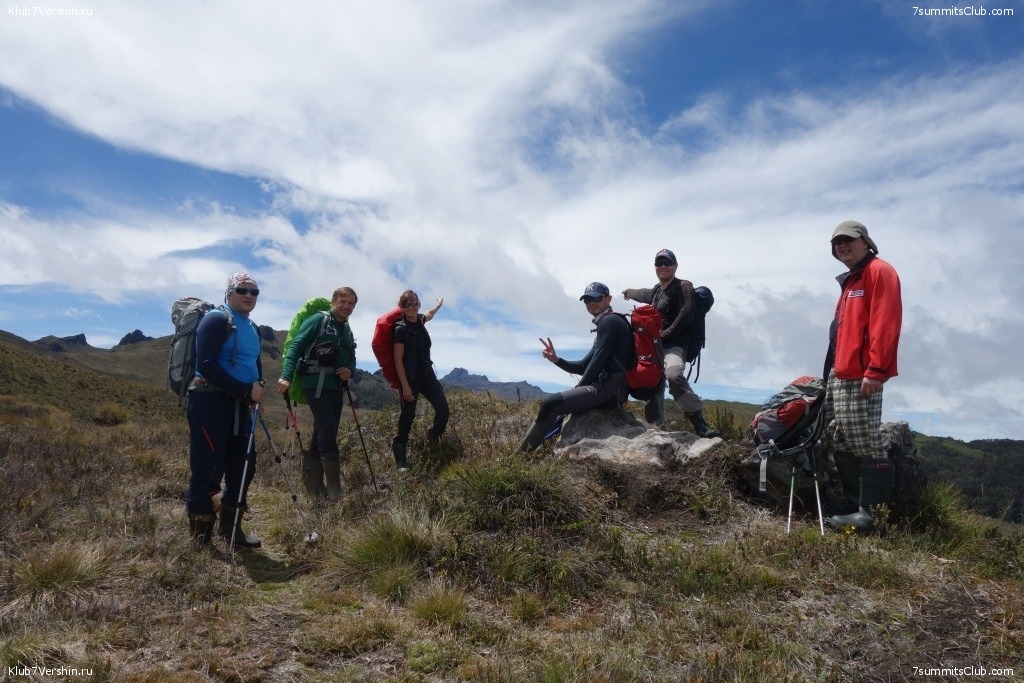 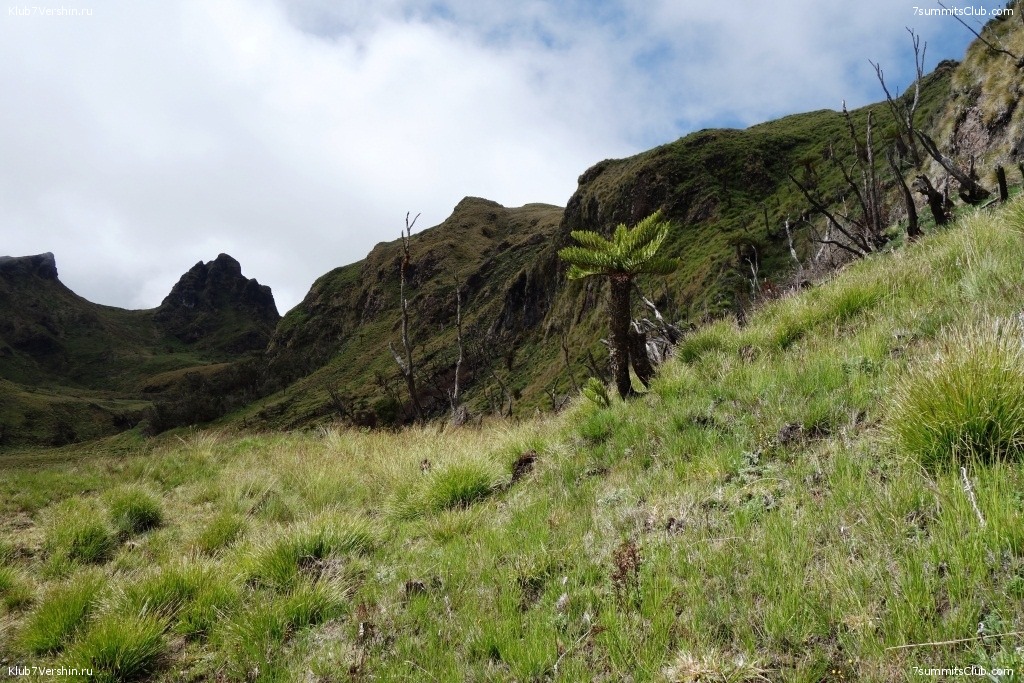 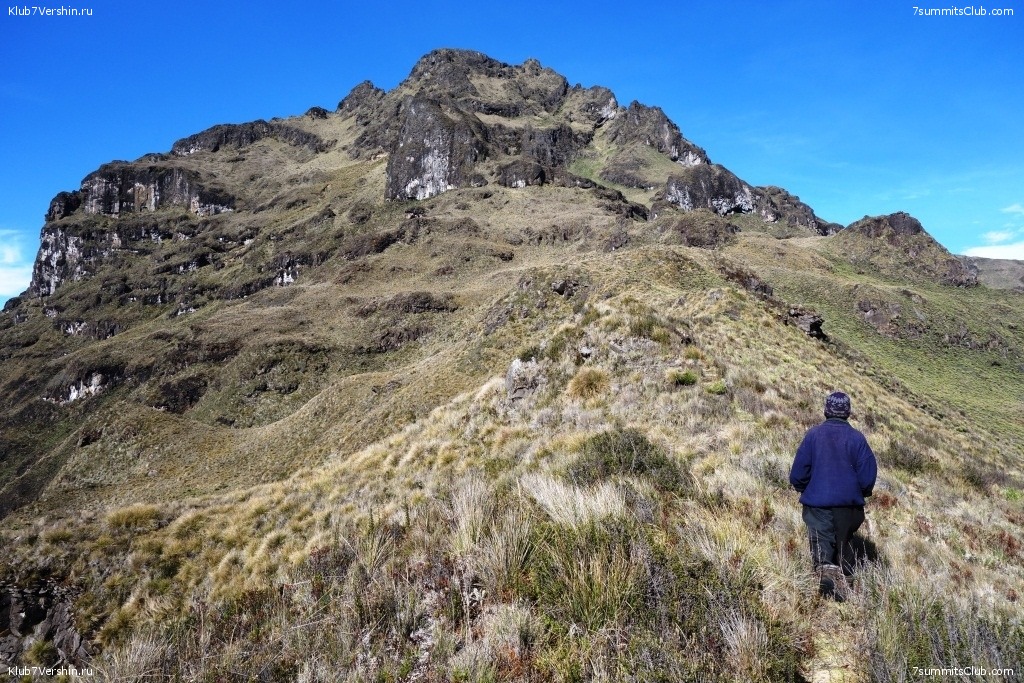 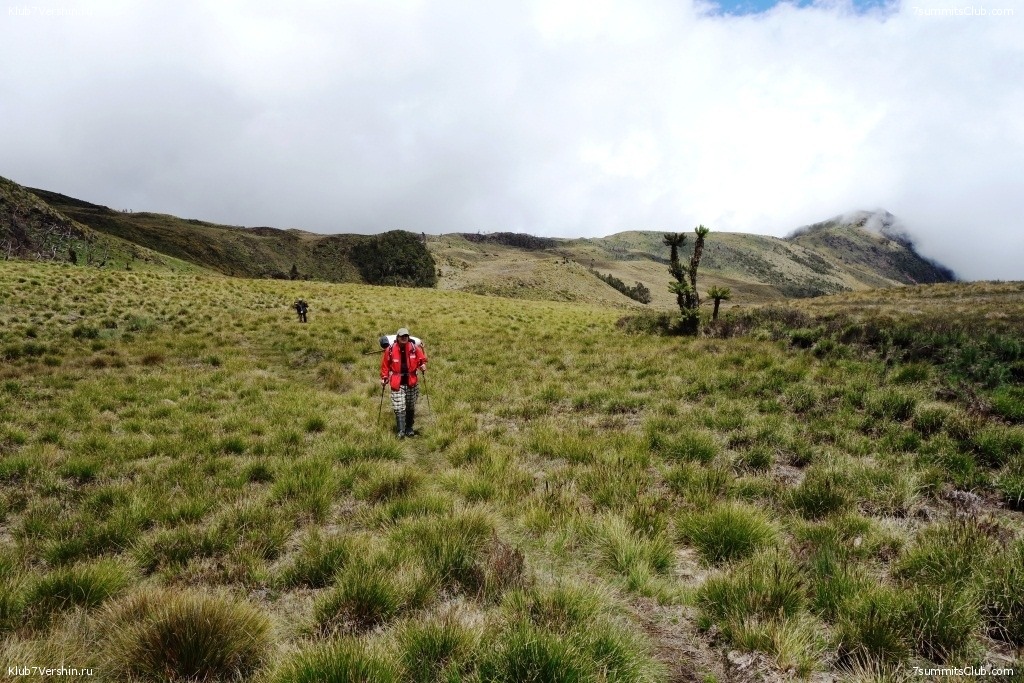 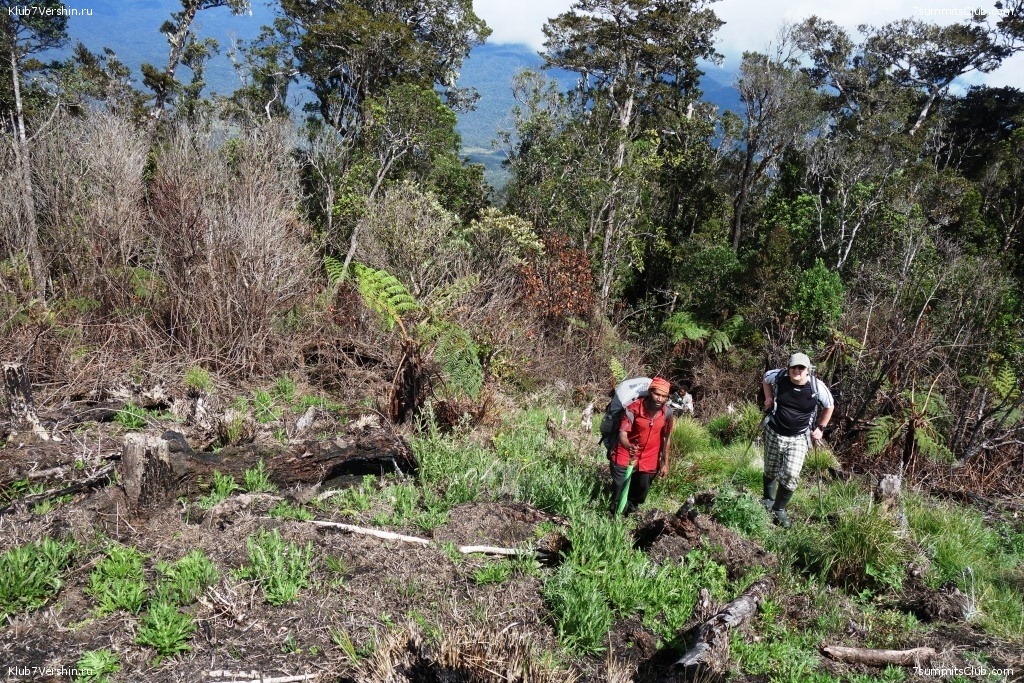 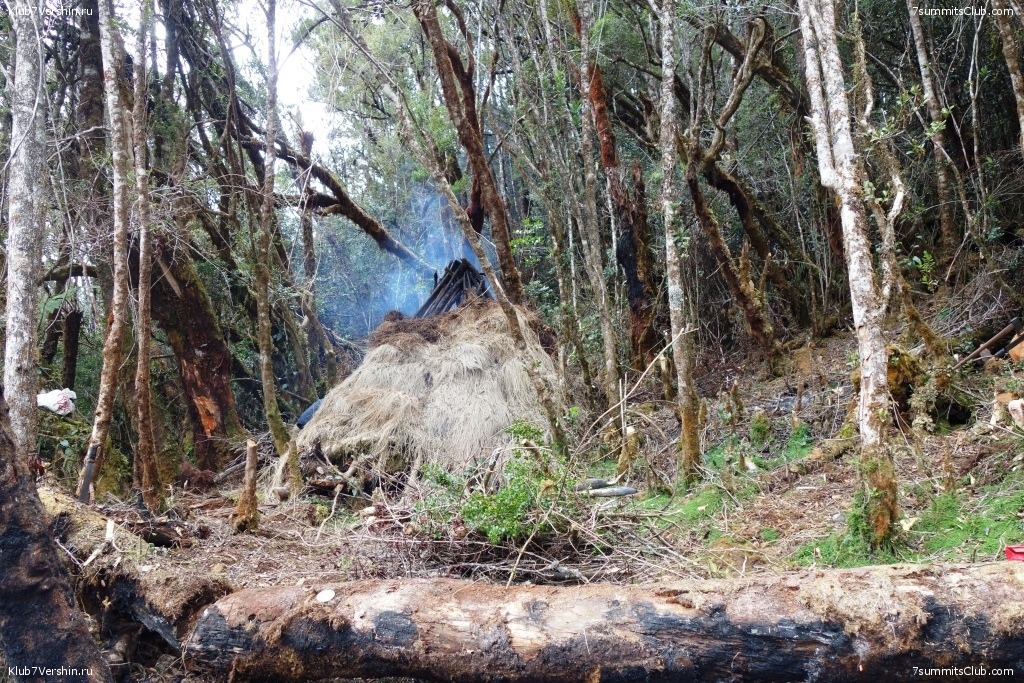 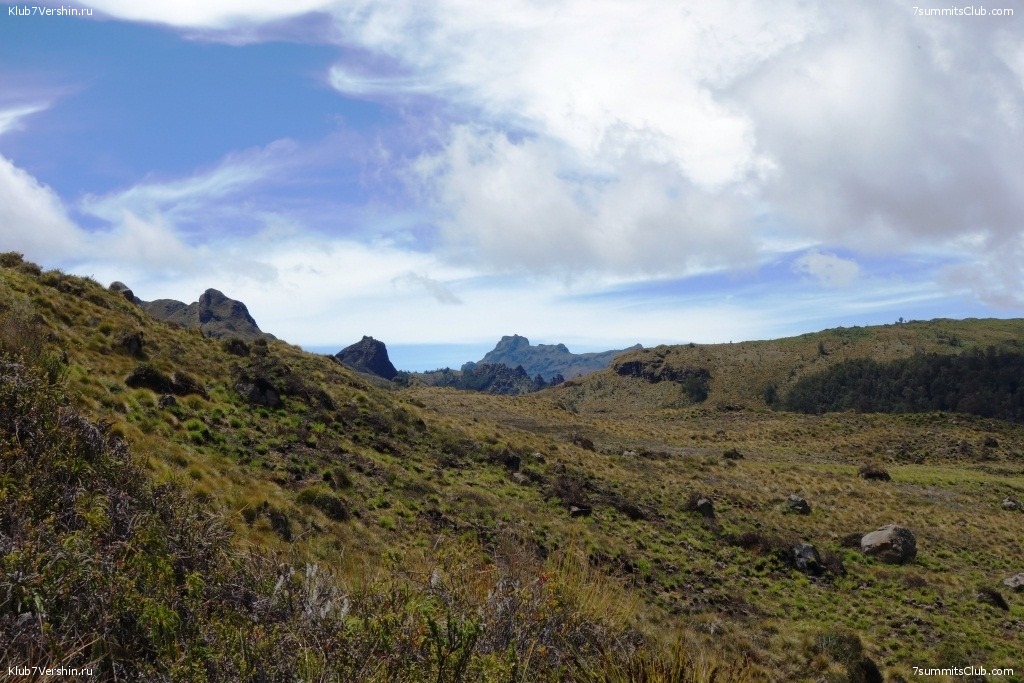 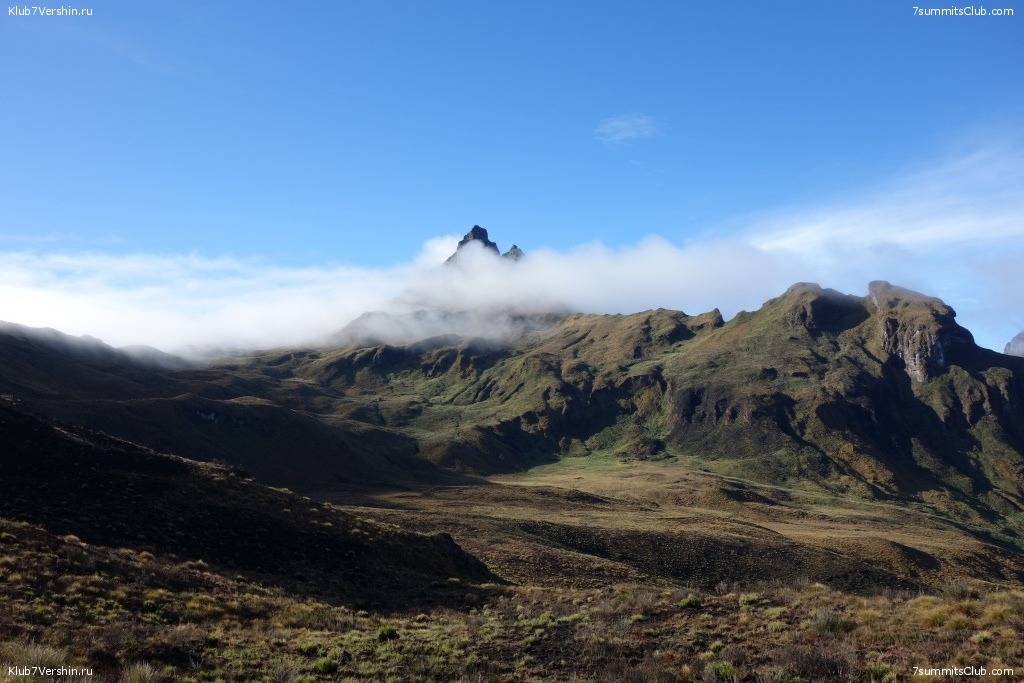