A film retelling mountaineer Reinhold Messner's legendary ascent of Nanga Parbat, in which his younger brother was killed, has reignited a bitter mountaineering row and prompted fellow climbers to attack as "false" the version of events being portrayed on the screen.  A group of climbers ...

A film retelling mountaineer Reinhold Messner's legendary ascent of Nanga Parbat, in which his younger brother was killed, has reignited a bitter mountaineering row and prompted fellow climbers to attack as "false" the version of events being portrayed on the screen.

A group of climbers who accompanied Messner, now 65, and his brother Günther on the 1970 expedition have criticised the makers of Nanga Parbat for telling only one side of the story – and have threatened legal action.

The film, by the director Josef Vilsmaier, is being advertised under the slogan "two brothers, one mountain, their fate" and promises to reconstruct the events when Günther disappeared after apparently following Reinhold down Nanga Parbat in Pakistan, the ninth highest mountain in the world and one of the most treacherous to climb. From the start the film, much of which was shot on location, makes clear that it is telling the story "from the point of view of Reinhold Messner".

While Messner has always said that Günther, then 23, was buried by an avalanche, others on the trip claim that the older brother abandoned his altitude-sick sibling so that he could tackle alone the uncharted western side, the Diamir face.

The discovery of Günther's remains on the Diamir face in 2005 gave support to his brother's version of events, but did little to quell tensions between expedition members.

One, Gerhard Baur, said the film was biased and regretted that he and others on the expedition had not been consulted.

"It is a constructed story, and is not the truth about Nanga Parbat … it is presented as if it were a documentary when it doesn't reflect the facts," he told the German magazine Spiegel.

"The film repeats Messner's claim that … out of pure necessity he decided to descend via the Diamir face and that Günther was buried by an avalanche … I still don't accept this version of events … I was present three times when Messner spoke with great enthusiasm about his desire to tackle the Diamir face, saying that it would be the next leap in the world of alpinism."

Baur said he felt "wounded" by the fact that the rest of the team stands accused of failing to offer their help to the younger brother. "It hurts a lot that those from the team who are no longer with us haven't got the chance to defend themselves."

"I don't recognise my father as he's been portrayed in the film, and because he's dead he cannot defend himself," said Klaus Herrligkoffer, criticising the depiction of him as a tyrannical leader who failed to help the Messner brothers.

Max von Kienlin, a fellow climber and former Messner friend, said: "The film is a falsification, adding things that didn't happen, and leaving out what did happen."

He said: "I personally didn't need to make the film, but it was important for my family. We're not trying to make a story about heroism, rather I wanted to ask critical questions of myself of what happened on Nanga Parbat." 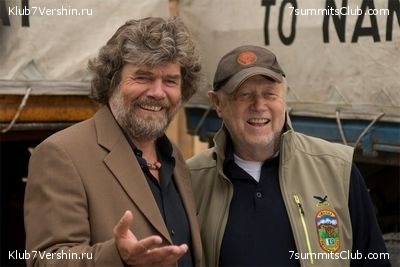 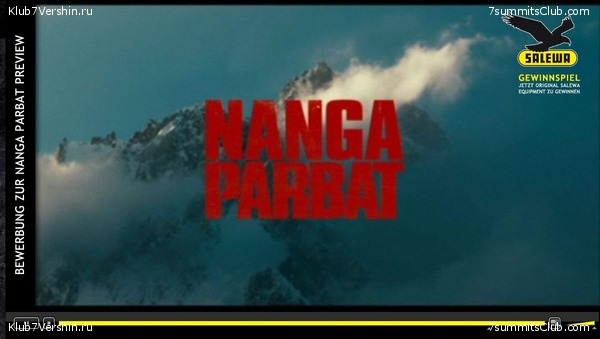