Vladimir Shataev: secrets of the mastery of the legendary climber. The legendary mountaineer domestic Vladimir Shataev came Received Yoki.ru personally than not a little surprised. It's no joke, our guest this "Snow Leopard". The idea is we must have to go to him at the meeting, armed with a tape ...

Vladimir Shataev: secrets of the mastery of the legendary climber.

The legendary mountaineer domestic Vladimir Shataev came Received Yoki.ru personally than not a little surprised. It's no joke, our guest this "Snow Leopard". The idea is we must have to go to him at the meeting, armed with a tape recorder and camera. However, Vladimir Nikolayevich, a modest man, democratic, open and "star does not suffer from the disease." Conversely, a lively interest in what is happening and willingly share their experiences, memories and experiences.

Vladimir Nikolayevich, we know that your "mountain" experience includes 46 years of almost continuous practice. And how you came to climbing?

When I was 15 years old, I lived with my aunt in Kislovodsk and every day saw Elbrus. Of course - this spectacle thrilled boyish imagination, I found a partner and we both went to the foot of the mountain. Imagine that we had nothing with him except the blankets. When three years ago, I traveled by car to the places he himself was surprised. It is unclear how we as children were 70 kilometers without equipment. But the fact remains that at the breaking point we reached the glacier, though it nearly killed crossing a river. When we returned back, I'm his friend said that up to 25 years of age must climb Elbrus.

After this incident, I was seriously interested in rock climbing , began to study books. Realizing how difficult and dangerous this sport. By the time I was seriously engaged in athletics came in "Spartacus" and got a ticket to the base in the Caucasus. As a result, in 1922 I already had two climb Elbrus . And then have dragged on, eventually I became an instructor. 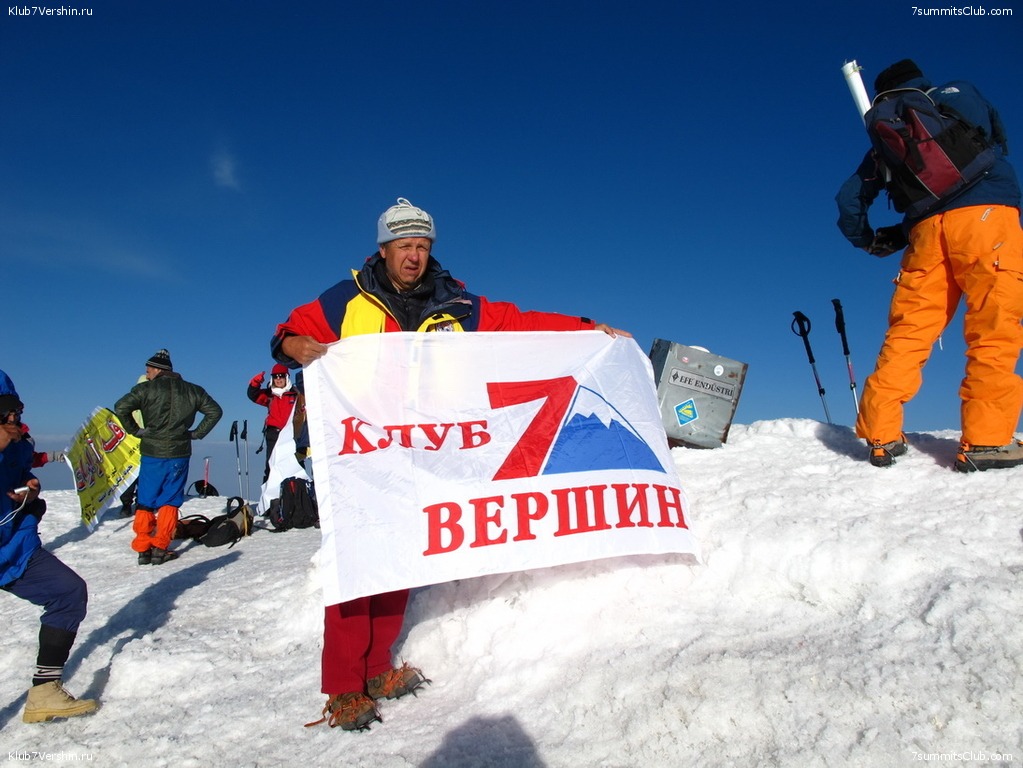 As you consider how much of modern Russian youth is interested in climbing?

Judge for yourself in the Soviet Union officially climbing involved 35,000 people. Today, such statistics are not, in my estimation are constantly traveling to the mountains around 5,000 climbers. And - this is a high-level athletes who are on the shoulder 6A level and above. In fact - they are elite.

But, unfortunately, they have about 40 years. That is, those who came to climbing back in the old days. Young people too. The last two or three years, the interest appears to be enhanced. Moreover, that the different committees allocate funds for the development of mountain sport. Therefore znachkisty and dischargers have the opportunity to travel to the mountains.

True, climbing still can not now be called a mass sport. The main problem is that actually stayed bases. Only in the Caucasus remained the camp. For young people had all been available, voucher worth 30 rubles. And now the system is completely destroyed, it is not restored.

However, for example, in Moscow there are about 20 clubs, where you can practice and mountaineering and climbing.

By the way, what is the difference between rock climbing and mountaineering?

Paradoxical. But those who engaged in rock climbing, mostly rocks themselves do not even see. Previously, indeed often the competitions among the climbers, athletes climbed to the natural topography. And now everything is being done in the halls, on the artificial surface.

Climbers imagine this can not. They need the mountains, a real relief, and nature. In addition, climbing expensive, because the necessary equipment. The same backpack, ice pick, crampons, all worth serious money.

p align = "justify"> climbing all over the world called sport climbing. In some countries, like France, it is taught as a separate discipline. Indeed, children like to climb, why not develop and does not pay for the benefit of the child.
Vladimir Nikolaevich, saying that you have conquered all "seventhousanders?

I have a 113 number in the "Snow Leopard" (laughs)
("Snow Leopard" - is official and an extremely rare title in mountaineering. For him the assignment it was necessary to conquer the all seventhousanders the former Soviet Union: Communism peak, Lenin, Victory Korjenevskaya. Then he added another of Khan-Tengri).

And outside the Soviet Union, where were you?

I was at eight-two.: Shisha Pangma and Everest. Also, I involuntarily participated in the program climb to the highest point of the continents: Everest in Asia, Elbrus in Europe, McKinley in North America, Aconcagua in South America, Kilimanjaro in Africa, Kosciusko in Australia and Vinson in Antarctica. Of these I have left to conquer only Vinson, though hard to get to Antarctica, this requires 30 thousand dollars.

Interestingly, the man leads in the mountains? "What kind of feelings he feels, being on top?

Some special feelings on the top of the conquered rarely feel. Usually not before. Although, if itineraries lighter lucky with the weather and see from the height of all this beauty, it certainly touches the heart. It would be desirable for an hour or half to stay there and watch. This gives a charge of vivacity that his missing almost a year.

Why do people go to the mountains ... all individually. One way to overcome this yourself, others want to demonstrate their power, others seek escape from the routine and bytovuhi that surrounds it. Fourth, for example, in the mountains can guide the groups, but in life to be ordinary clerical and invisible people. In the mountains, it changes, it is the head, depends on him a lot, almost every step. Not by accident earlier among climbers had a lot of physicists, chemists, scientists. People dumb distant from real life. Those who took a mountaineering school, many life situations are more easily overcome. Indeed, in the mountains, they face challenges that require a momentary solution: have the tent set and the food is cooking, and washing, and negotiate with the drivers of cars.

Sounds in the mountains ... What are they?

Silence. Than the quieter the better. I remember one of the most wonderful moments when we go on-Shisha Pangma. I left the base camp along a small mountain stream in which trout splashing and just two o'clock sat in that silence.

You meet a strange? Yeti, for example.

There are also strange, and luck, which then settle in mountaineering folklore. And that's not Bigfoot , or UFOs are not met.

Extreme situations are? After all, the group may consist of climbers to the preparation of various levels ..

Extreme sports in the mountains - it is a natural situation. Any bad weather, storm, already fraught with troubles. Security depends on the manager. Sometimes "gornyashka" (mountain sickness) is such that people have to bear. From lack of oxygen a person can be either a lack of energy, apathy or irritability.We had a case where people just sat down and decided not to go any further, I had to take his backpack and get to follow her footsteps. It is true, then he crossed himself and walked to the summit - 6100

And what more difficult to climb or descend?

Fifty-fifty, although some believe that to go down harder.

What's in your future plans?

Just a few days we will travel to Turkey on Ararat . This will be My sixth ascent of the famous mountain.

On this expedition Yoki.ru tell our readers a later date.

Went to the mountains in 1959: the first peak in the Caucasus - Gumachi (3,805 m).
Graduated from high school instructor in 1961 at the climber camp "Dzhantugan"

Currently, public office: President, Union of mountaineers and rock climbers from Russia on Feb. 7, 2000, Executive Secretary of the Mountaineering Federation of Russia with 20 November 1993, Executive Secretary of the Eurasian Association of Mountaineering and Climbing on December 1, 1996. Member of the Board of the International Union of climbing Associations (UIAA) - 1997-2000. 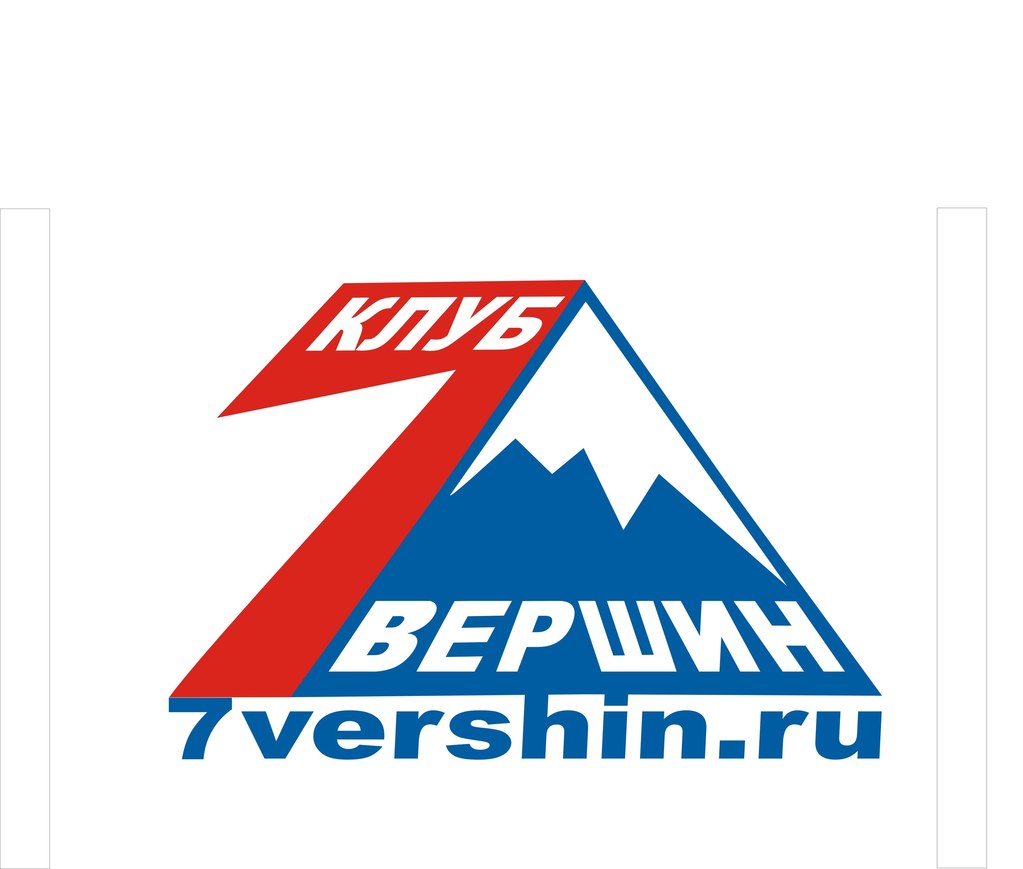 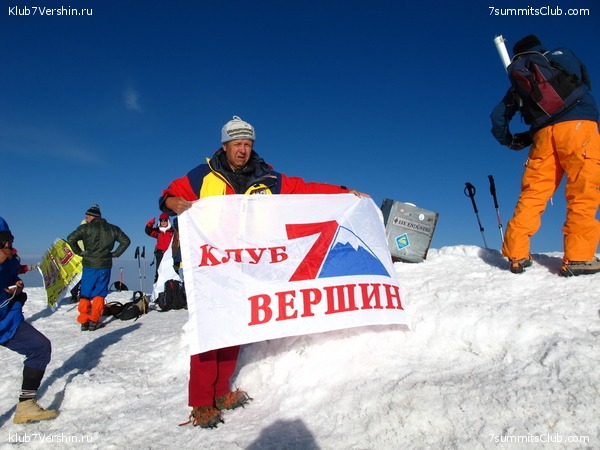