How safe to travel to Russia to climb Mount Elbrus?

We are often asked about the situation in the Caucasus. Is it safe to travel to Russia to climb Mount Elbrus? We can say that it has not been a single criminal case in relation to foreign tourists. Even if they come on their own. Traveling ...

We are often asked about the situation in the Caucasus. Is it safe to travel to Russia to climb Mount Elbrus? We can say that it has not been a single criminal case in relation to foreign tourists. Even if they come on their own. Traveling with our company, you are in complete safety. Thousands of climbers successfully make ascent to Elbrus and return home happy. We believe that is only beginning of new era. The North Caucasus is in the center of attention of federal authorities.

The North Caucasus is transformed into a huge construction site. To do this, our leaders created a special structure, a new federal district. Alexander Khloponin - one of the best managers of the country, was invited to lead this work. Already, the road to the northern slopes of Mount Elbrus started to build. There will be construction of a new resort. Each year the Mount Elbrus area is changing.

Big money, which will be brought to the area, forcing many local residents nervous. Everybody wants to be on the first film. Therefore, the struggle is between different groups and factions, a struggle which is often not visible, but its results are visible. It is not visible for tourists and climbers, fortunately..... 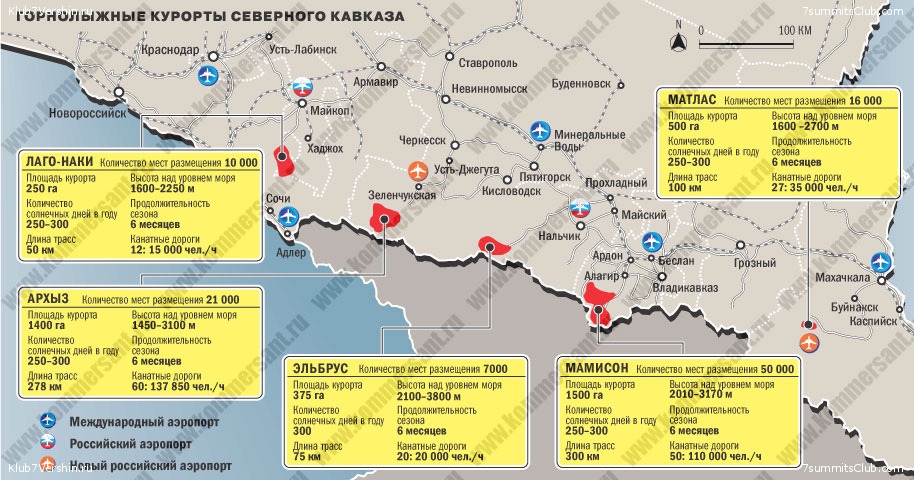 That's what the site says PlanetaSKI.eu

Forget The Tirol, the 3 Valleys or the Dolomites. In a few years it could be resorts in Karachayevo-Cherkessia or in Kabardino-Balkaria. The Winter Olympics in 2014 may just be the start of skiing in Russia.

Russia it seems has a huge untapped potential and the powers that be want to do something about it. The names don't quite run off the tongue in the same way as the popular resorts in the Alps but the mountains, snow and peaks are just waiting to be developed by the ski industry.

That is according to the Russians anyway.

5 new ski areas are being planned for the end of the decade in a $15b development. The resorts would be linked and available on one ski ticket. There would be 800 km of ski runs; bigger than many of the linked resorts in The Alps.

The Russian government is backing the move in a public-private partnership. Both President Medvedev and Prime Minister Putin are keen skiers.

It's hoped a catalyst will be the 2014 Winter Olympics that will be held nearby in Sochi on the Black Sea.

According to reports in the Russian media international banks including JP Morgan Chase and Morgan Stanley are looking at getting involved.

The building and running of the 5 resorts would create 160,000 jobs.

The government is also hoping for a political benefit too as the mainly Muslim area has a high level of political instability and it is hoped new jobs and the economic benefits will ease tensions.

Over 1,000 people lost their lives in the area in the past 12 months in political violence.

The resorts will be constructed at Matlas, Dagestan; Mamison, North Ossetia; Arkhyz, Karachayevo-Cherkessia; Lago-Naki, Adygeya; and on Mount Elbrus in Kabardino-Balkaria. 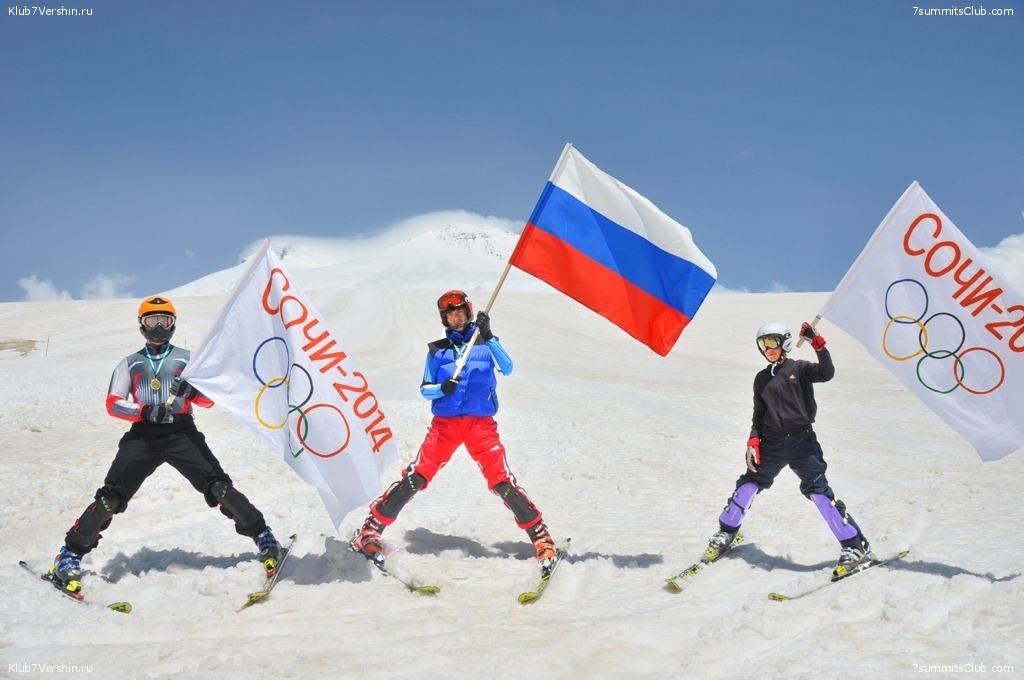 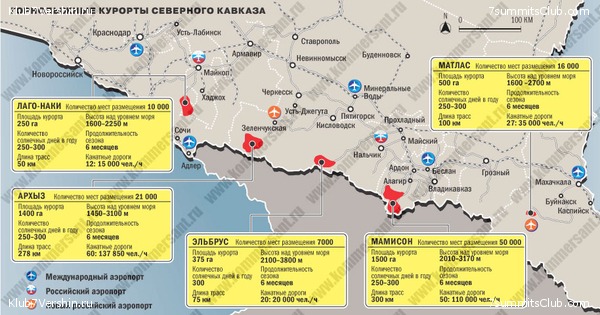