A new trist news from Himalaya

8 October, 2012 Annapurna. The avalanche...ILjas Tukhvatullin group was climbing from C1 to C2 yesterday, when the huge avalanche headed down... It happened on 3 p.m. Iljas and Ivan Lobanov have been burried, only one climber was not ...

8 October, 2012 Annapurna. The avalanche...ILjas Tukhvatullin group was climbing from C1 to C2 yesterday, when the huge avalanche headed down... It happened on 3 p.m. Iljas and Ivan Lobanov have been burried, only one climber was not caught. He tried to find his friends, but it was impossible... He ascended the rest 150 m to C2 - there was the safety place, the air wave only broke the tent... Then he descended to C1 and radioed to BC. Today Gleb Sokolov and his group are asceding from BC to the tragedy place to try to find somebody... It was not the serac crash, the whole icy slope fell down, perhaps as a result of earthquake... 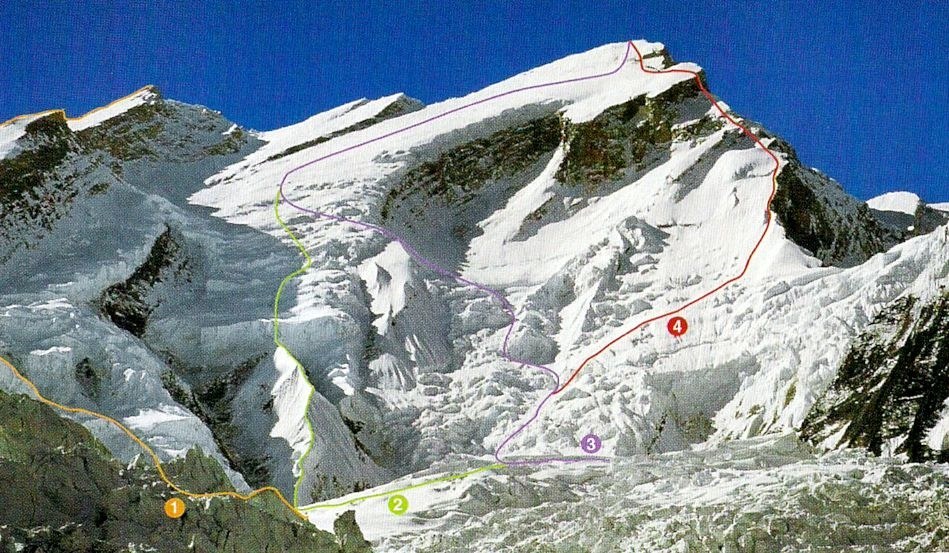 By Matthew Price. BBC News. British explorer Sir Ranulph Fiennes is to lead the first team on foot acrossAntarcticaduring the southern winter. The six-month expedition next year is being called the Coldest Journey, crossing terrain where ...

The six-month expedition next year is being called the Coldest Journey, crossing terrain where the temperature has hit -90C.

It will be 68-year-old Sir Ranulph's latest record attempt. Past feats have seen him go pole to pole and climb Everest as a pensioner.

"We do it because we like to break world records," says Sir Ranulph, his bushy eyebrows icing up while on a training session close to theArctic.

"Sometimes we don't succeed, but it's what we go for. It's our specialty."

The team will be dropped off by ship on the Pacific coast of the continent and wait for the equinox on 21 March 2013 before setting off over the ice shelf.

A hundred years ago on the same ice shelf, Capt Scott died on his polar expedition as he was caught out by the start of the southern winter.

2000: Lost most fingers on his left hand to frostbite during an unaided attempt to reach the north pole - and carried out amputations himself using a fretsaw

1991: Led an expedition that discovered the Lost City of Ubar on the Yemeni border

1979-82: Made the first journey round the world crossing through both the north and south poles, travelling on sea and land

- First to reach both poles and cross Antarctic and ArcticOceans

1968-69: Led the first hovercraft expedition up the Nile- the longest river in the world

Sir Ranulph and his team will start their expedition as the winter begins.

After that, it is several hundred miles before they drop 11,000ft back on to the ice shelf, and finally some 2,000 miles (3,200km) after they started, they hope to reach the Ross Sea.

"We looked at this 25 years ago and realised it was impossible," says Sir Ranulph.

So why do it now?

Rivalry is a large part of the answer.

"We heard a rumour that Norwegian explorers were contemplating this. We realised we were going to have to have a go."

There are other motivations. As with previous expeditions they will raise money for charity - this time for Seeing is Believing, an initiative to fight avoidable blindness.

During the sea voyage to get to the Antarctic coast, the team will carry out scientific tasks to provide data on marine life, oceanography and meteorology.

While crossingAntarctica, they will also help scientists who are compiling information about changes to the ice shelf and the effect of climate change upon the poles.

Sir Ranulph and his fellow explorers normally pull sledges carrying everything they need with them on such journeys.

This time will be different.

The explorer is well known for taking part in the first successful circumnavigation of the world on its polar axis, completed with Charles Burton in 1982

The British government stipulates that any team heading toAntarcticafor such a trip needs to be self-sufficient.

So while Sir Ranulph and a skiing partner will lead on foot, they will be followed by two bulldozers dragging industrial sledges.

Inside three containers on the sledges will be their living quarters, supplies, and a science lab. Dragged behind this will be the fuel they need.

It is as extreme as you can possibly get... Your lungs definitely suffer. The air going in is so cold it's going to freeze some of the moisture that's in that system”

Every bit of kit needs to be tested - even invented - if they are to make it alive across one of the most inhospitable terrains.

So, Sir Ranulph and his team spent several days at a vehicle testing ground in northernSwedenearlier this year.

They will expect blizzards, darkness, and whiteouts. "At -70C a wind of even just 10mph will cut you like a knife," says Sir Ranulph.

To help them avoid crevasses up to 200ft deep, the two skiers will pull a ground-penetrating radar system which will relay pictures to the lead vehicle.

Like much of the equipment, though, they do not know if it will work.

"This technology is used extensively inAntarctica, but in the summer," says Steve Holland, who is running the expedition's equipment research team.

This team is "taking a technology and pushing it even further", he adds.

"For smaller items of equipment we can do cold chamber work - and we did this with clothing. But that's to see whether it becomes brittle and is going to break.

"It doesn't tell you if it's going to work at those temperatures."

"It is as extreme as you can possibly get," says Dr Mike Stroud, who has accompanied Sir Ranulph on several expeditions and has been advising him on this one.

"The challenge is whether it is possible to operate and be out there in the coldest place on earth at the coldest time of the year."

"Your lungs definitely suffer. The air going in is so cold it's going to freeze some of the moisture that's in that system."

Frostbite will inevitably be a problem. At -40C during the Swedish training, the fingers of one team member simply froze up after exposure to the cold for too long.

They have been experimenting with boot warmers. Ski bindings will have to be adapted to fit the clumpy footwear.

They are also developing a giant "thermal bag" for the vehicles so the engines do not freeze during rest stops.

On one night inSweden, the temperature was -35C outside the cover, 35C inside it, simply from the heat of the running engine.

However, if any of this is to succeed it is Sir Ranulph who must make it across on foot.

And at 68 years old, is it really a wise thing to be attempting?

"You just must not think about getting old. If you still are lucky enough to be able to walk around not stooped, no crutch, no Zimmer frame, then you might as well go for it." 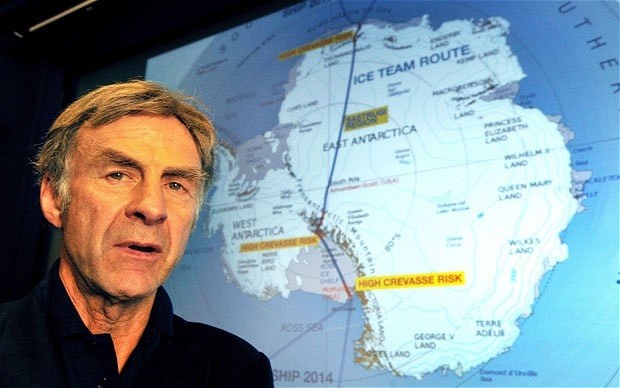