Next week President of Russia Vladimir Putin will officially visit theRepublicofChile. According some information he with President Chili Pinera will fly toAntarctica. No comment yet. Season Wrap from ANI. ANI was delighted to welcome the ...

Next week President of Russia Vladimir Putin will officially visit theRepublicofChile. According some information he with President Chili Pinera will fly toAntarctica. No comment yet.

ANI was delighted to welcome the President of theRepublicofChile, Sebastian Pinera Echenique, to Union Glacier today. President Pinera has a strong interest inAntarcticaand has made several visits to the continent but this was his furthest trip south (79S) and the first to the extreme edge of the Chilean sector (80W).

The visit is one of several that, according to Pinera, "...symbolize our deep commitment as a country to the Antarctic continent.Chileis going to strengthen its presence and its contribution so that this continent can enable us to address the future and develop science and tourism.” The President has made similar visits to the Antarctic Peninsula with the Presidents ofUruguayandEcuador, all of whom are members of the Antarctic Policy Counsel (CPA).

Part of the purpose of this visit to Union Glacier is for the President to see potential locations for a new Chilean station in the area, to be operated by the Fuerza Aerea de Chile (FACh). During a recent visit toLondon, President Pinera signed an agreement to strengthen scientific cooperation between the British Antarctic Survey and the Instituto Antartico Chileno (INACH).

During his stay at Union Glacier, President Pinera visited the FACh summer camp and met several of our ANI team. He was welcomed in particular by ANI's Operations Manager and our Chilean staff. It was great day for them and a great day for ANI. We’ve gained greatly over the years by visits from Chilean scientists from a number of research institutes, and look forward to continuing cooperation with them.

The ANI Ski South Pole Messner team has arrived at the South Pole and other expeditions supported by ALE/ANI are closing in. It's been a tough go for many. Early season conditions were cold and windy, with very hard travel surfaces. A number of teams broke sled runners, skis, or tent poles and had to make field repairs of their equipment. South of 85S through to 88 10S, teams on both the Hercules Inlet and Messner Start routes have encountered enormous sastrugi that has slowed their progress. Veteran ANI guide, Hannah McKeand, reported very high, close packed sastrugi, the worst she has seen in years. Not surprisingly, the rough terrain, wind and accumulated long days of skiing are starting to take their toll with many teams reporting aches and pains. But spirits are generally good and despite feeling tired, the teams keep working away to close the gap on the Pole.

Congratulations to ANI guide Hannah McKeand (UK) her teammate Eero Oura fromFinlandwho have arrived at the South Pole! The two arrived on January 9, after a strong and steady expedition, covering 12-14 nm per day. Like other teams they have had to contend with broken sled runners, the hard, rough surface and enormous sastrugi. They were happy to cross 88S on December 30 and even happier to reach 88 38S and 'very very flat ground'. Hannah has now completed her sixth South Pole expedition, re-confirming her distinction of skiing to the South Pole more times than anyone else.

Aaron's goal was to be the first American to ski solo from the coast ofAntarcticato the South Pole and back without aid, resupply or shelter. He set off from Hercules Inlet on November 1, hauling a heavy sled and facing very cold, windy conditions which slowed his pace. Equipment issues and illness further delayed his progress. Unfortunately the slow start meant that he has had to give up the return trip and he is now focused on reaching the South Pole.

Vilborg is only eight days or so from reaching the South Pole. The Icelandic skier began her 730 mile (1170 km) trek at Hercules Inlet and has been methodically chipping away at the mileage, hitting her 20 km (12.4 miles) goal day in and day out, despite the conditions and changes to the Antarctic surface. Vilborg is skiing solo and will be the first Icelandic woman to ski to the South Pole. Her expedition aims to raise awareness and money for Life Benefit, a charity that aims to improve gynacological facilities and services for women and their families during pregnancy, delivery and post-partum.

Roland Krueger skied to the South Pole with a Hvitserk expedition in 2005. Now the German expeditioner is skiing the Messner-Start route solo, unsupported, and unassisted. Roland has kept up his mileage despite a broken sled runner, huge sastrugi, and route finding challenges. Between 85 and 87S he traversed east to avoid the sastrugi, found himself in a crevasse field and had to work back west onto a safer route. He's now out of the sastrugi, approaching 89S and looking forward to reaching the Pole!

Wales' rugby hero Richard Parks was the creator of the 737 Challenge and was the first person to climb the highest mountain on each of the world's 7 continents and stand on all 3 poles within 7 months. He returned toAntarcticathis season to ski solo, unsupported from Hercules Inlet to the South Pole. Richard was delayed heading toAntarcticawhen his equipment didn't arrive in time. Fortunately a friend tracked down the shipment in aUKwarehouse and hand carried most of his gear toChile. He was able to borrow a sled from ANI, fly intoAntarcticaand begin his trek on December 18. Richard kept a positive attitude and has been skiing a strong 17-18nm per day since then, aiming for a 35 day expedition. His daily ANI updates range from "All good" to "Long day, but a good day" or for a change, "Really good day". His January 01 blog entry describes a particularly tough day where he fought his way through wind and white-out, wanting to 'pull the plug' every step of the way, then ends with this summary, "I am shattered. Sometimes mountains, the outdoors, nature, gives you an experience that just hits a little deeper than normal, that was one today it was an awesome experience."

Polar Explorer Eric Larsen has previously skied to both the North and South Poles, including guiding a trip for ANI in 2008. He was hoping to complete the first bicycle traverse from the coast ofAntarcticato the South Pole and back to raise money for the Davis Phinney Foundation and their efforts to use bicycles to help improve the lives of those who live with Parkinson's. www.davisphinneyfoundation.org/giving/donate/ Unfortunately, after just eight days, he had to make the difficult decision to turn around and head back to the coast.

"I had been making steady progress south (20-25nm per day) for the past eight days and travel has been difficult but not impossible...as I started to calculate my mileage south of 85 degrees, I realized that due to an increased amount of climbing, headwinds, and consequently sastrugi and drifts, my daily mileage would realistically be closer to 10 nautical miles per day. At that rate, my chances of making the pole before my food ran out (as well as the end of the season) would be zero - meaning a costly extraction by ALE somewhere before the pole. Now I've taken a lot of chances in all kinds of shapes and forms but this was not a chance I was willing to take. I cried in my tent for a long time when I finally decided.

I made one last attempt at biking south before crashing in the soft snow, I yelled and screamed and punched my fist in the snow. I was exasperated. Then, I got up and looked around. The wind had picked up substantially, but all around there was just snow. Just like always.Antarctica. I laughed to myself. This was not the first time that this icy place has turned back an expedition."

Several ANI and other groups are skiing the Last Degree to the South Pole this season. Teams on this challenging expedition are dropped off at 89S and ski 60nm (110km) to the South Pole, pulling sleds with all their supplies and camping out on the polar plateau. We would like to send our congratulations to the teams who have completed their expedition and our best wishes to those currently in the field.

Most people visitAntarcticaonce. Some come back for a second visit. And then there are those - like Ralf - who can't seem to stay away. Ralf completed an ANI Ski Last Degree expedition to the South Pole in 2010 and fell in love with the pristine beauty of the continent. He returned with ANI in 2011 to climb and explore theHeritageRange, achieving 10 first ascents in three weeks. Now he is back for a third season inAntarctica, with more first ascents and pristine peaks. On his 2012 tick-list were Mt Allen andMountLiptak, which he summitted with ANI guides Todd Passey and Pachi Ibarra. 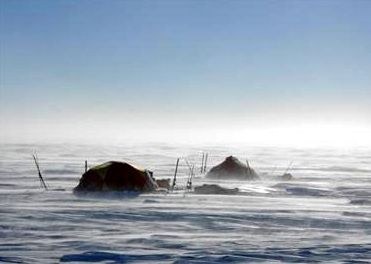