Ice climbing in the Elbrus Region 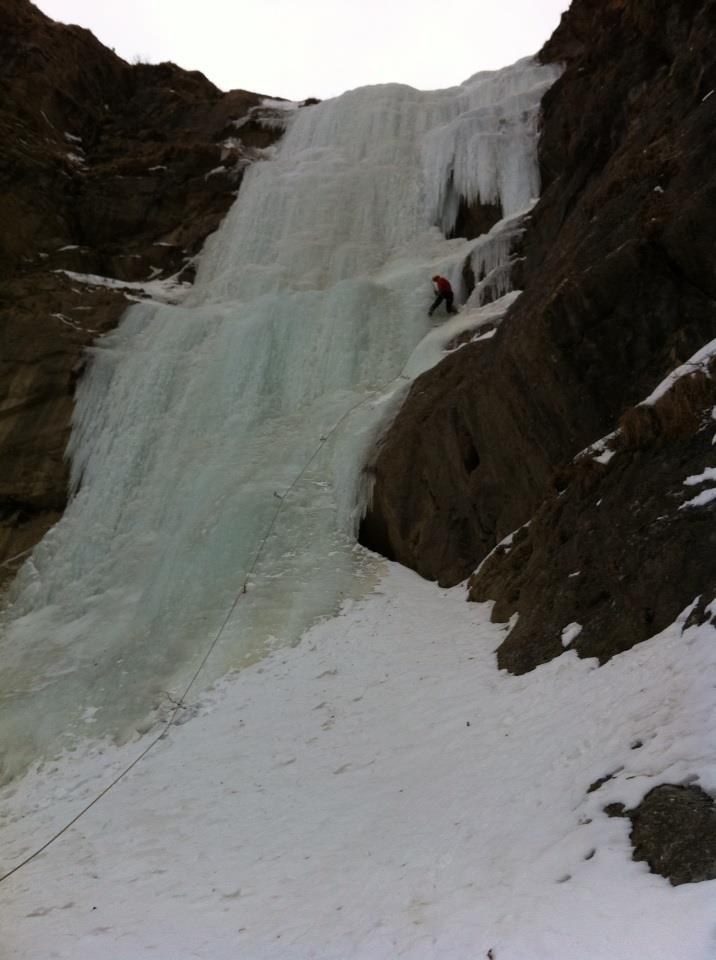 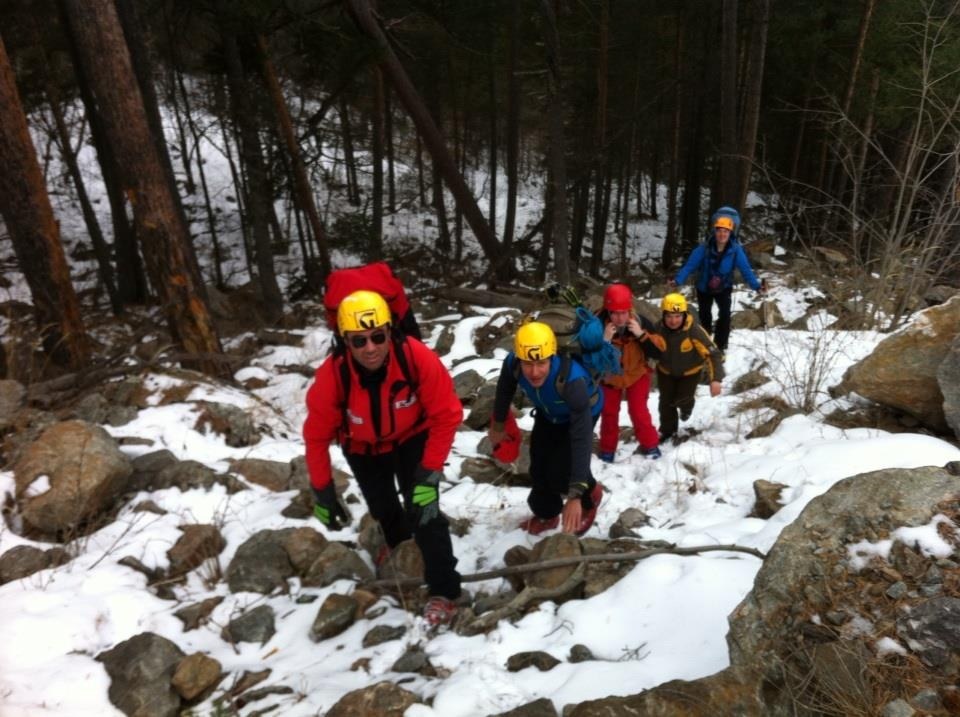 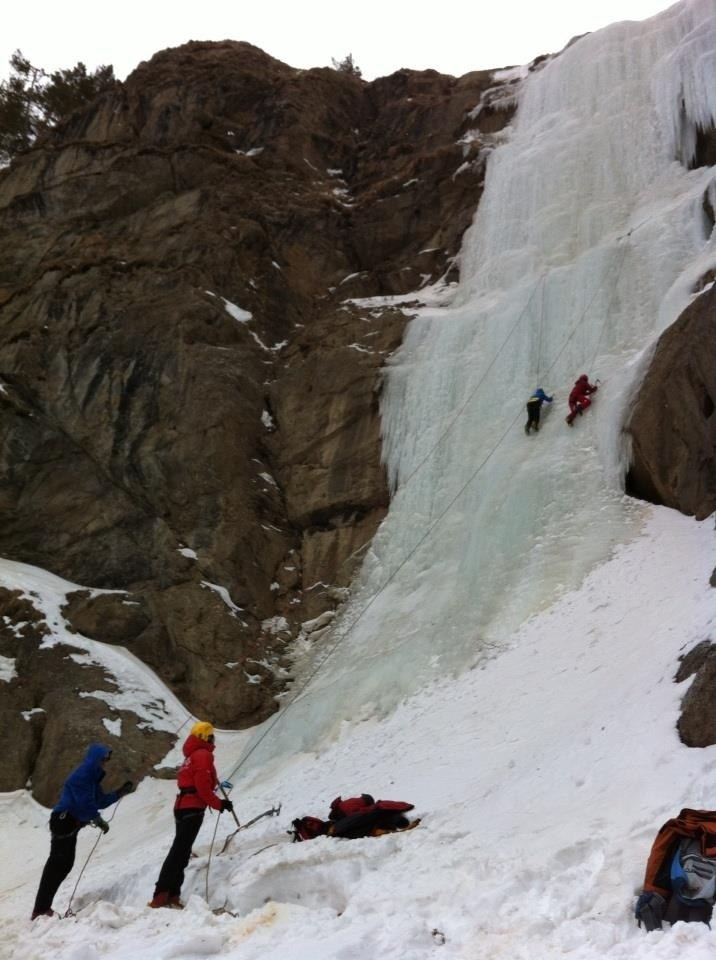 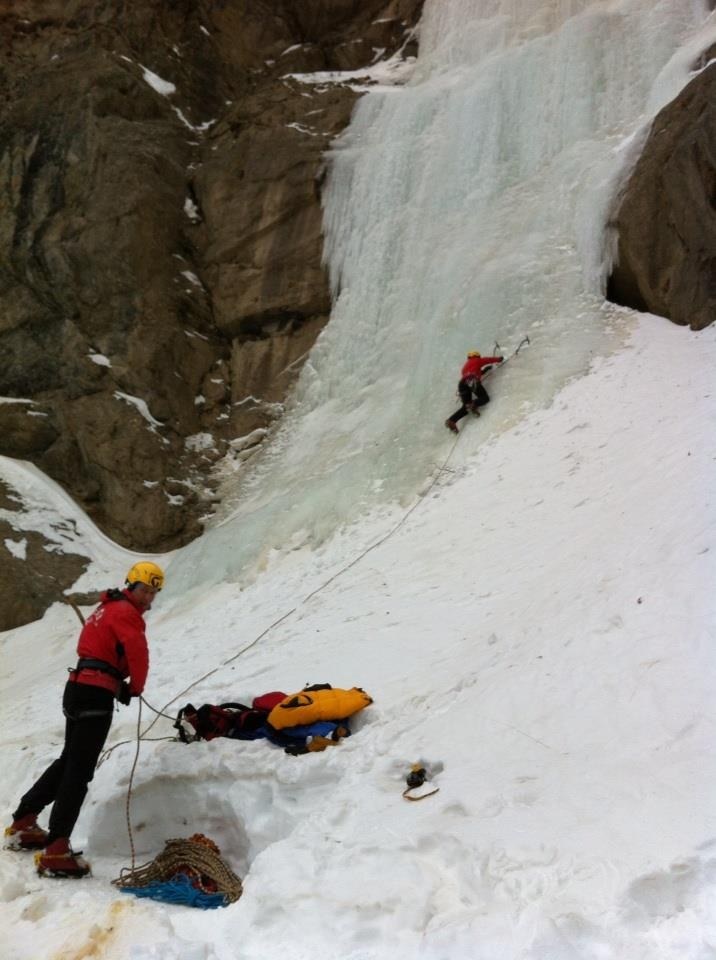 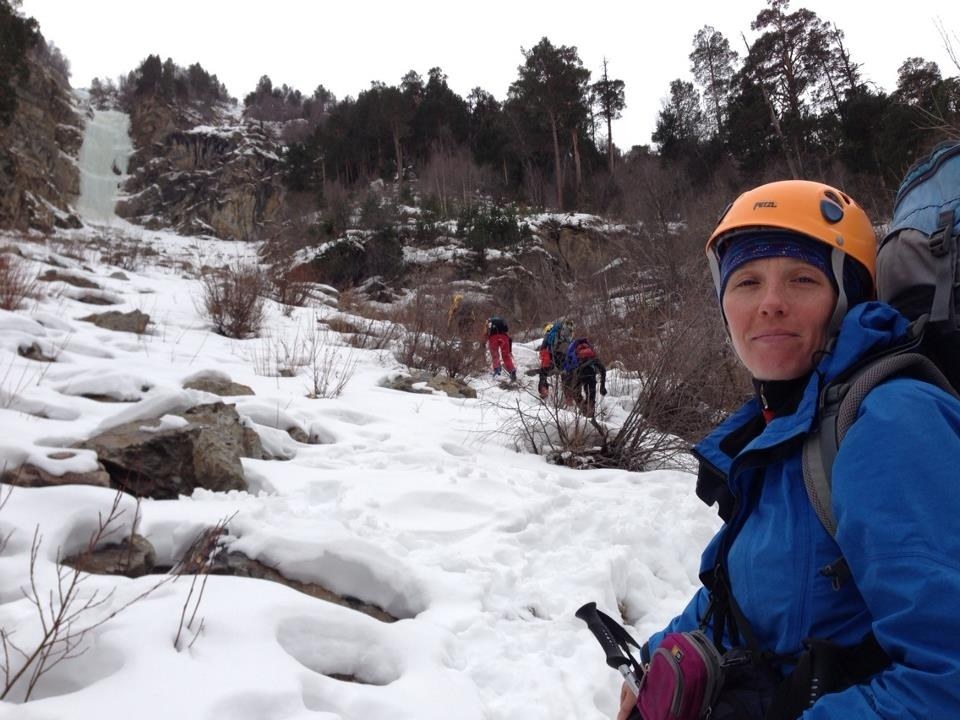 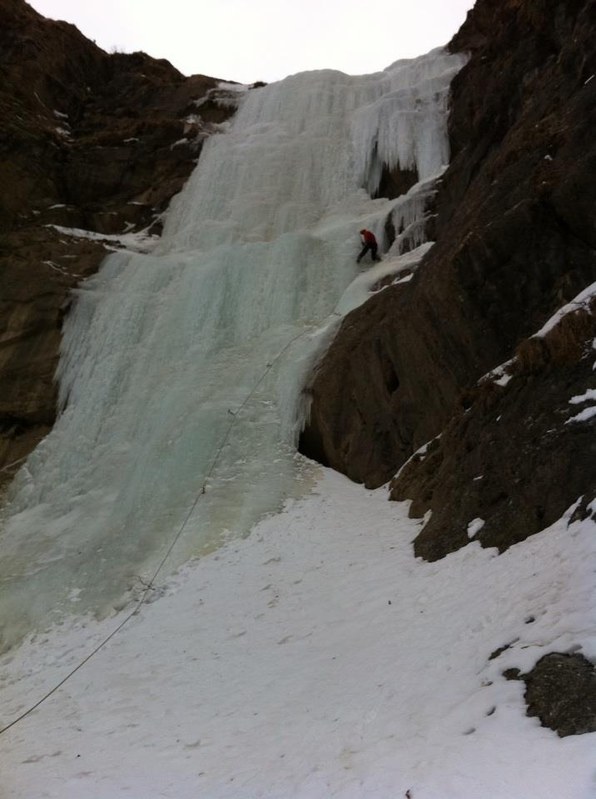 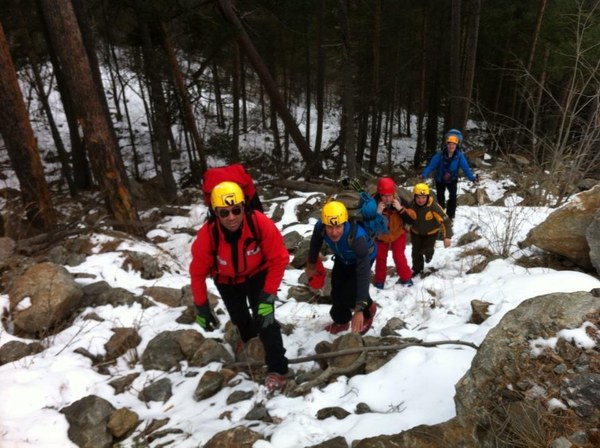 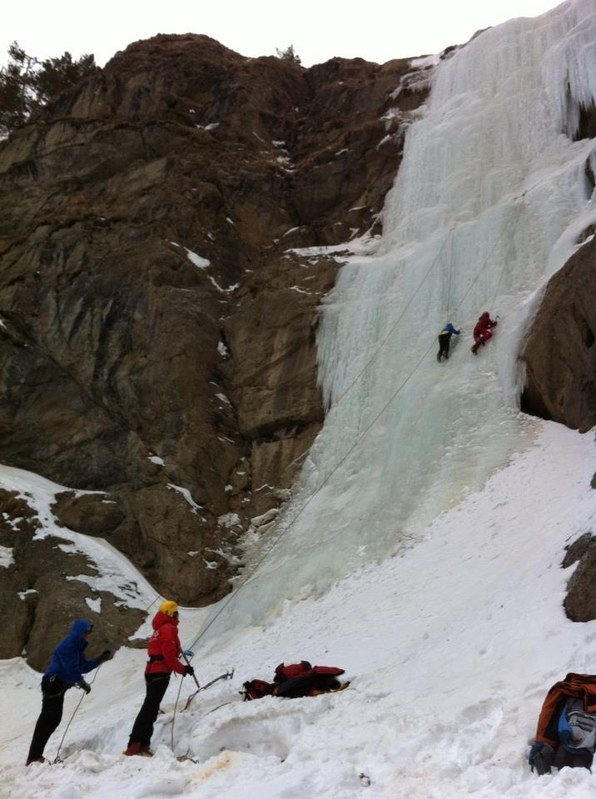 February 9, 2013 One of the greatest expeditions of the 21st century has quietly started on the perrone of the Yaroslavskiy train station in Moscow. YEMELYA-team: all seven members of the next Marine Live-ice Autmobile Expedition-2013: ...

February 9, 2013 One of the greatest expeditions of the 21st century has quietly started on the perrone of the Yaroslavskiy train station in Moscow. YEMELYA-team: all seven members of the next Marine Live-ice Autmobile Expedition-2013: Makovnev Afanasy, Elagin Vasily, Vankov Andrey, Obikhod Vladimir, Shkrabkin Alexey, Kozlov Nikolai, Isaev Sergey.

MLAE-2011. On March 4, 2011 Marine Live-ice Automobile Expedition is scheduled to leave Urengoy, Russia and, under the flag of the Russian Geographic Society, to traverse the Arctic and the North Pole reaching Resolute Bay, Canada by June 15th 2011. The expedition is organized by Russian Center For Arctic Exploration and carried out under the patronage of the Special Representative of the President of Russian Federation In International Cooperation In The Arctic and The Antarctic the First vice-president of the Russian Geographic Society A.N. Chilingradov. The expeditionary crew will be traveling in two custom built amphibious vehicles "Yemelya-3" and "Yemelya-4" following the route: Urengoy - Dudinka - Dickson - Ostrov Russkij, Kara Sea - Ostrov Sredniy, Severnaya Zemlya archipelago- The North Pole - Ward Hunt, Canada - Resolute Bay, Canada.

Previous expedition MLAE-2009. In 2009 Marine Live-ice Automobile Expedition successfully traversed 2033 kilometers of the Arctic waters and ice between Ostrov Sredniy island of Severnaya Zemlya archipelago and The North Pole. The route took 38 days between 20th of March and the 26th of April 2009. The expedition was carried out under the patronage of Russian President's Special Representative for The International Cooperation in The Arctic and The Antarctic A.N. Chilingradov. The support and safety monitoring of the expedition and the crew was provided by the aviation department of Federal Security Bureau. Expedition was headed by the decorated Master of Sport V.I. Yelagin. Expeditionary crew consisted of seven people. Vehicles used to traverse the ice and water en-route were two custom designed and built vehicles "Yemelya-1" and "Yemelya-2" with three axels and 6x6 wheel drive equipped with diesel engines, low pressure tires and cargo trailers.

Saturday, February 23, 2013We are at Golomyanny Polar Station on Severnaya Zemlya Archipelago ten days already. It is normally -30 degrees Celsius. Daylight hours are not very long. The sun showed up above the horizon only two days ago. It means the end of the polar night. Here we are living in a warm house, eating homemade food, working in a warm garage and in a warm workshop, preparing our two cars "Yemelya-3" and "Yemelya-4" for the long trip across the ice. Panasonic has sponsored me with a new video camera Panasonic AG-AC90. I have to learn a lot about the way it works, as it has many adjustments for a high quality picture and professional sound Dolby 5,1ch.zoom. Now I am sewing a warm coat for the camera, because it has to work at -30 – -40 degrees Celsius. During the first try of filming here at such low temperature I could hardly press the On/Off Manfrotto external button through my gloves, so small the button is. I had to make a wooden addition to that button about 1 inch square, so I will be able to press it with big mittens on my hands. Now one car - green Yemelya-3 is ready, now it has a double insulation layer of foam inside. The red Yemelya-4 is in the garage now. The work is going for more than 12 hours every day. We also need to prepare 6 trailers; each of them will carry 400 liters of Diesel fuel and plastic drums with food and personal staff.
And now a short geography lesson about Severnaya Zemlya Archipelago. This year it is 100 years since it was discovered by s/v "Taymyr" and s/v "Vaigach". Its first name was The Land of Nicolas the Second (the last Russian tsar). It was the last geographical discovery on our planet. It is the biggest polar bear sanctuary in the Arctic. Posted by Afanassi Makovnev.

Wednesday, February 20, 2013Congratulations!!!
Happy birthday to MLAE-2013 expedition leader Vassily Yelagin!!! We wish you luck. We wish you to find the right way in the ice fields in the dark polar night and reach the cherished point. We root for you and your team and believe in the success of the expedition. Your Friends

Wednesday, February 20, 2013. Severnaya Zemlya, Sredny island.It does not happen often when you have three holidays in one day. The first one is The Rise of The Sun. We could watch its red glow every day, but today it must have shown us its upper edge above the South horizon at noon. But at the record temperature of -36°C it was cloudy and we did manage to see it. The second holiday is a jubelee - Vasily Elagin is 60 today! This is him who we could see the whole working day (more than 12 hours), in the garage and in the workshop, where we continued to work on green "Yemelya-4". In the evening gathered round the festive board we congratulated the hero of the day on his birthday, wished him in this final year of the decade to achieve all what he sought the latest ten years. After greeting toasts Vasily called his home and told us the news, which appeared to be the third holiday - the Canadian Embassy in Moscow granted visas for us to enter Canada, and this entry we are allowed to do at its northernmost village Resolute Bay.
Posted by Afanassi Makovnev.

Wednesday, February 13, 2013An early wake up at 5 o'clock allowed us to make a very long charter flight by twin engine Antonov-26 from Vorkuta to Norilsk and then to Sredniy Island of the Severnaya Zemlya Archipealgo. While the plane stood still on the runway of Norilsk airport (Alykell) Father Georgiy, the head of Taymyr eparchy, came on board to give us his blessings. Each of us was also greeted by our old friend and the most loyal expedition supporter Igor Uzdin, the head of NorNikel Transportation Department. Another very good friend of the expedition Victoria Koriukina came from Norilsk, but was not allowed to reach the plane by the airport security, that was a pity, as we brought a gift for her today's birthday. Then right in the plane our foreign passports were stamped and we filled in customs declaration. Russian border was officially crossed. Immediately after that the plane was airborn agin; and three hours later in the polar darkness lit only by the crescent moon, several stars and runway lights we landed on 3000 meter long airstrip of Sredniy Island. Miracles do happen sometimes, and it was one of that sort.
Posted by Afanassi Makovnev. 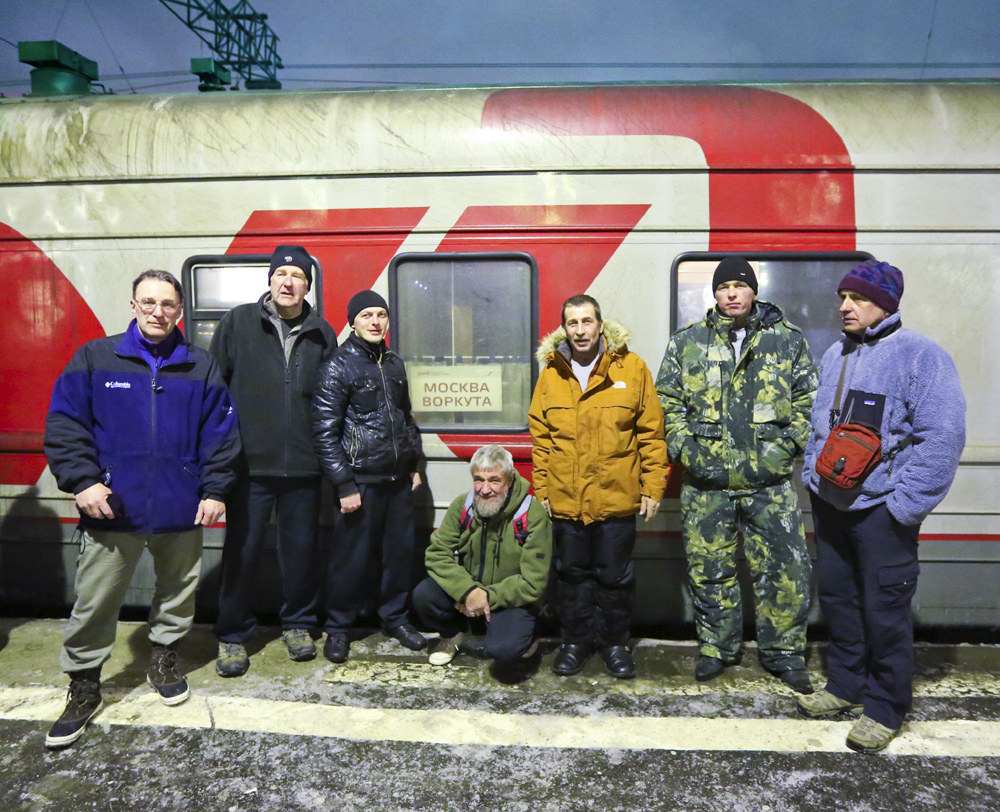