The project  to conquer the seven highest points of seven continents was started in 2007 with the support of the Prime Minister of the Republic of Tuva Sholban Kara-ool. During next year four Tuvan climbers climbed two of the seven highest peaks in the world - Elbrus (5,642 m) and Kilimanjaro ( 5895m), where they established national flags of Russia and Tuva. In March of 2009 , three athletes from Tuva climbed the highest peak in South America - Aconcagua (6962 m), dedicating their victory to the 65th anniversary of the Voluntary Entering of the Tuva People's Republic to Russia (noted in October 2009). In June 2010 the project leader Maadyr Khovalyg and women-climber Marianna Surunchal reached the summit of McKinley.

Under the plan, until 2014 Tuva athletes must conquer the highest peak of planet Mount Everest (8848 meters), Vinson Massif (4897 m) in Antarctica and Mount Kosciuszko (2228 m) in Australia. Our friends Maadyr and Marianna will start for Australia in the beginning of next year.

Maadyr Khovalyg (63 years old) is best-known and well-published writer who writes on the Tuvan language. This book devoted to the first three climbs of the project. We are sure that it will be continued…. 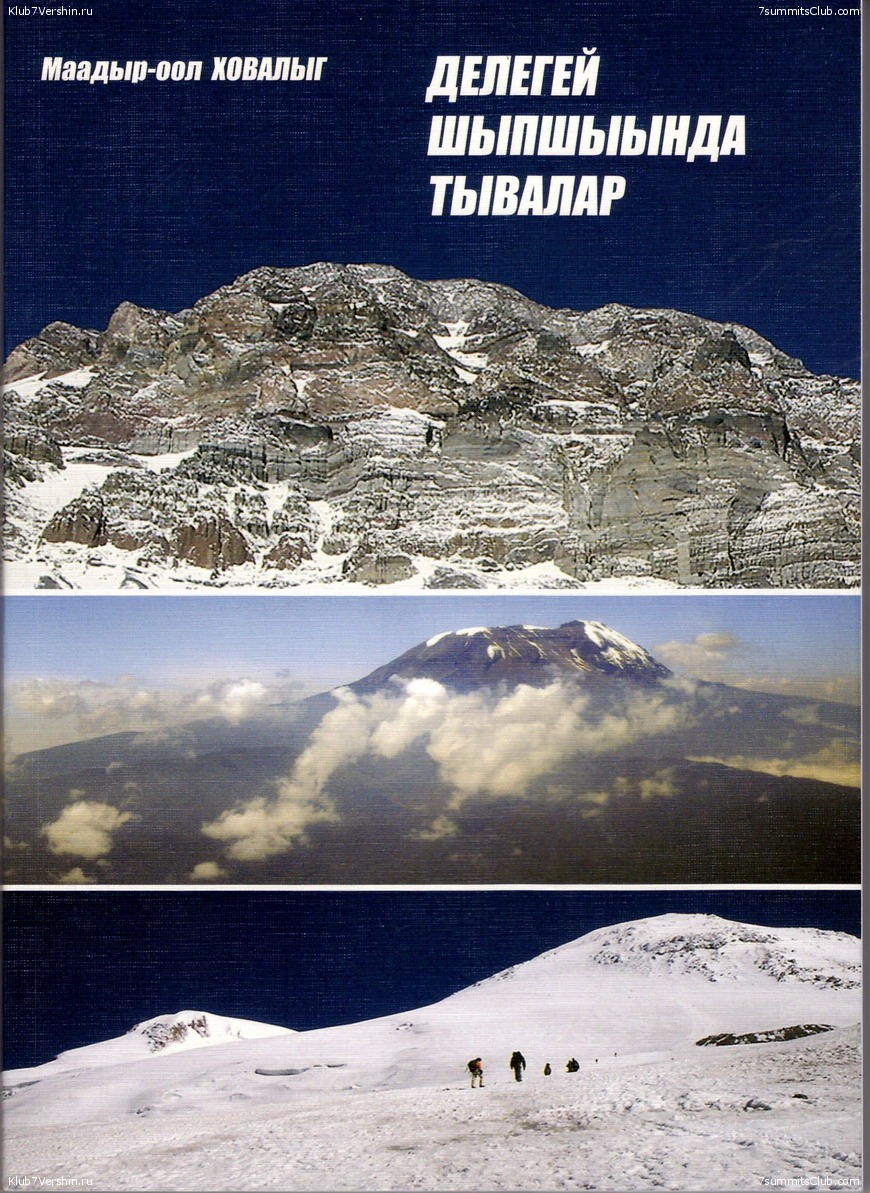 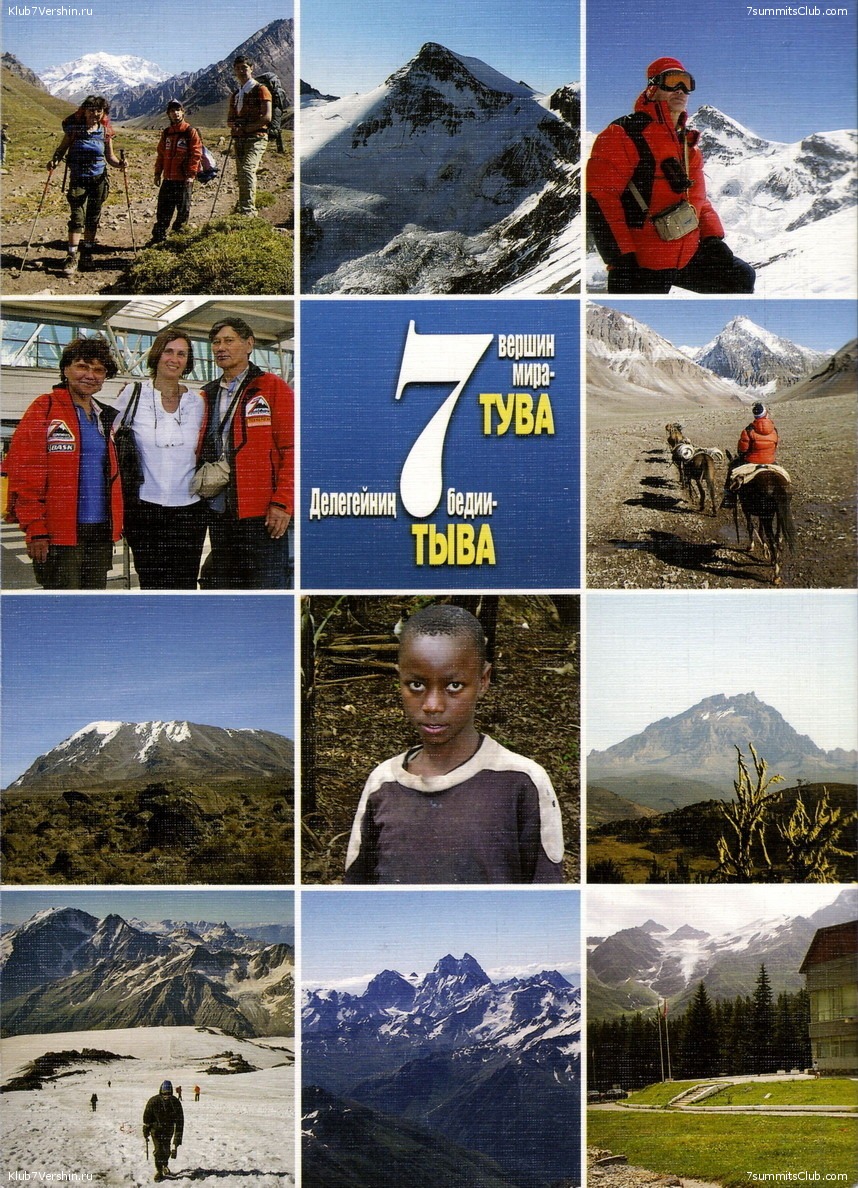 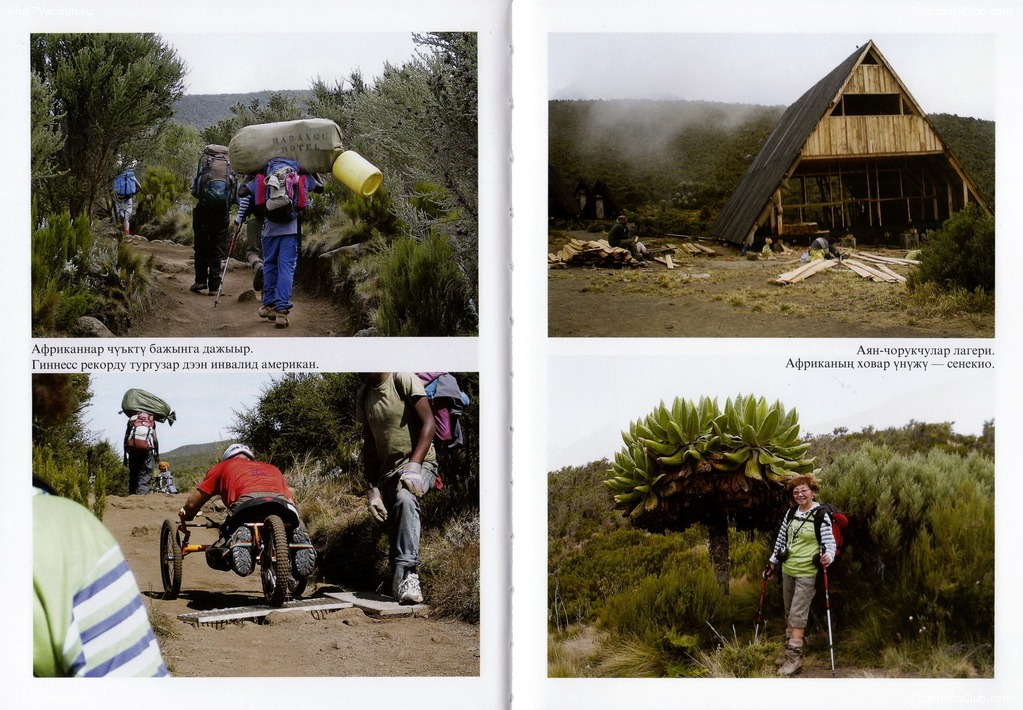 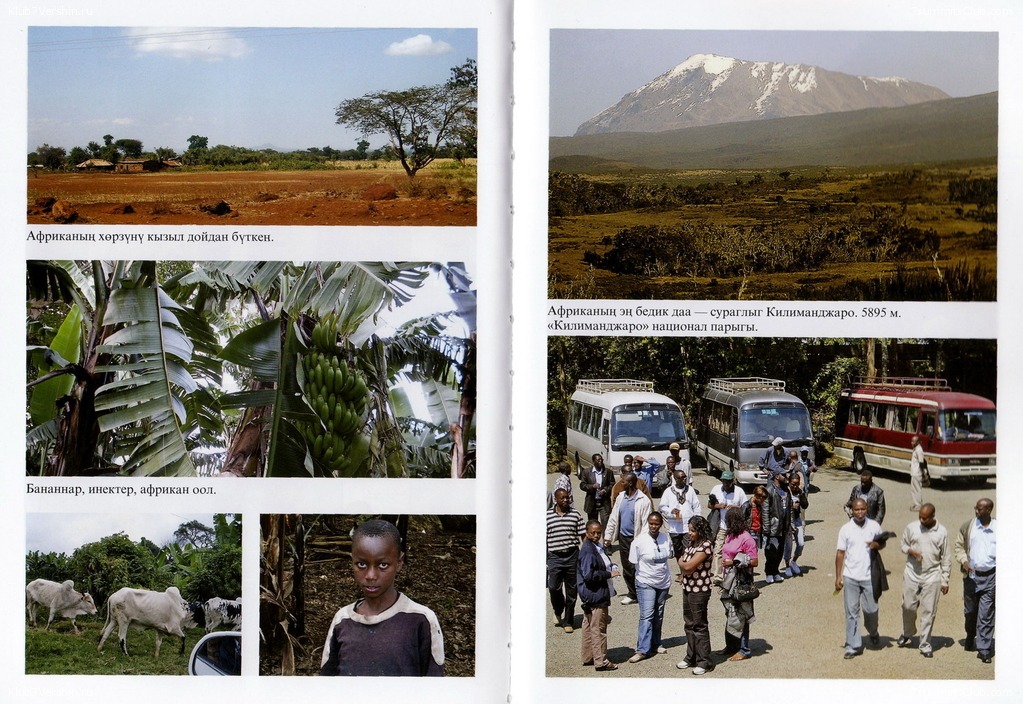 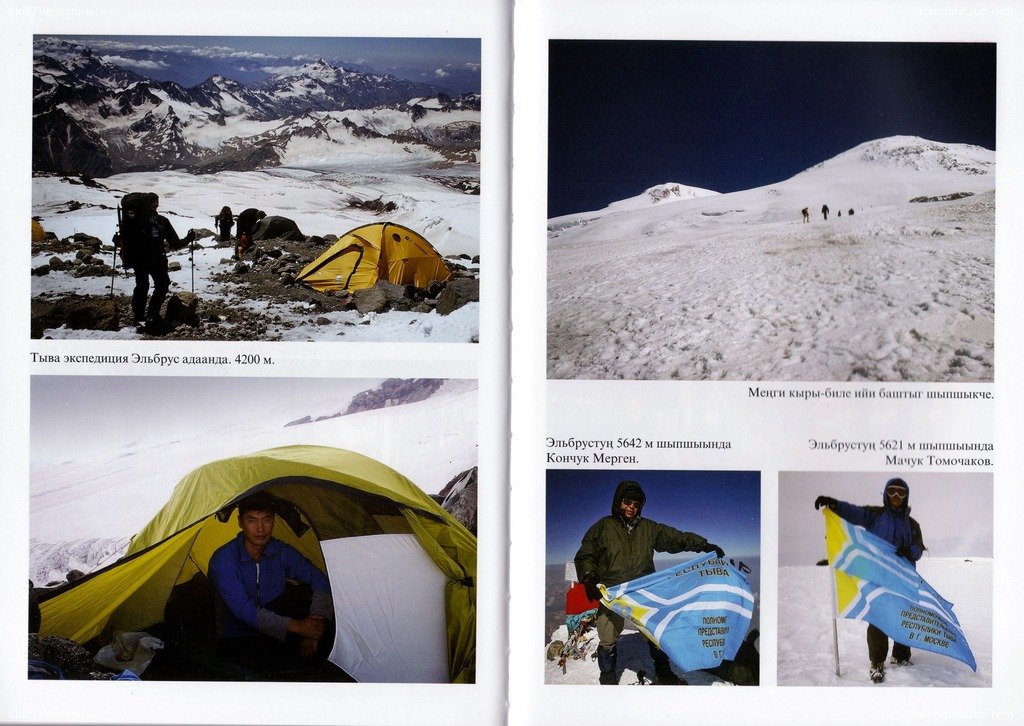 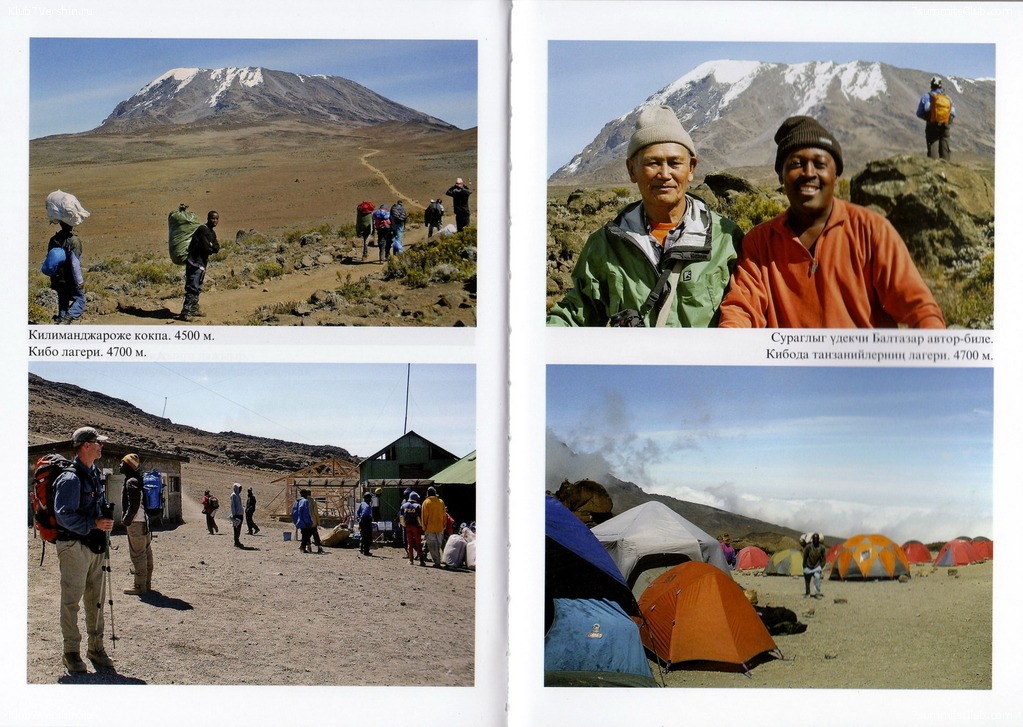 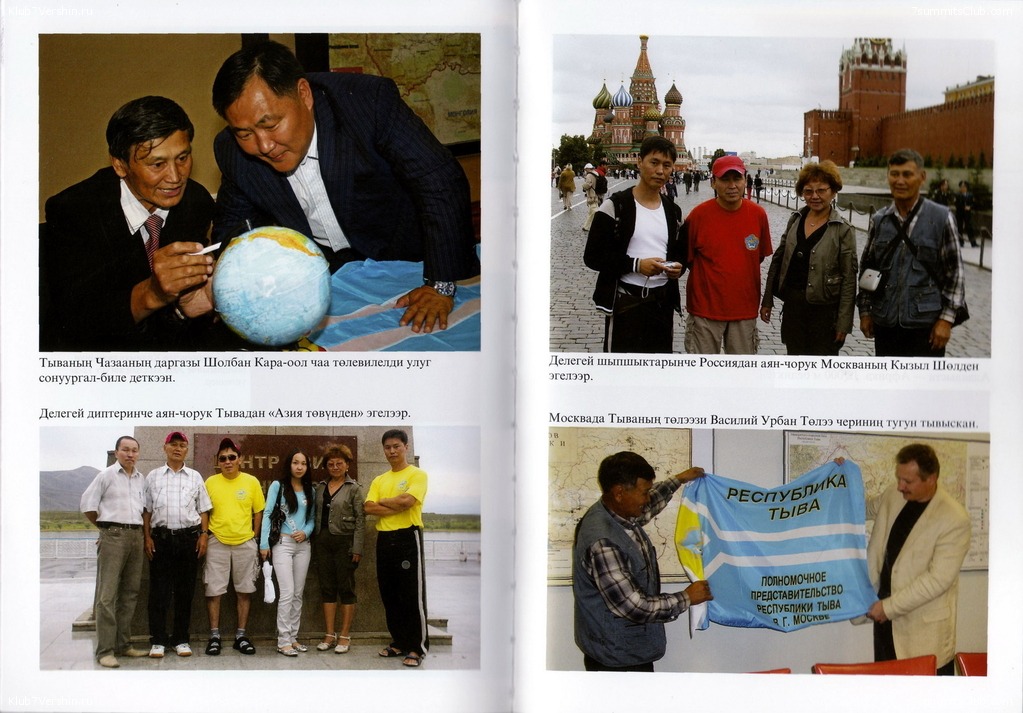 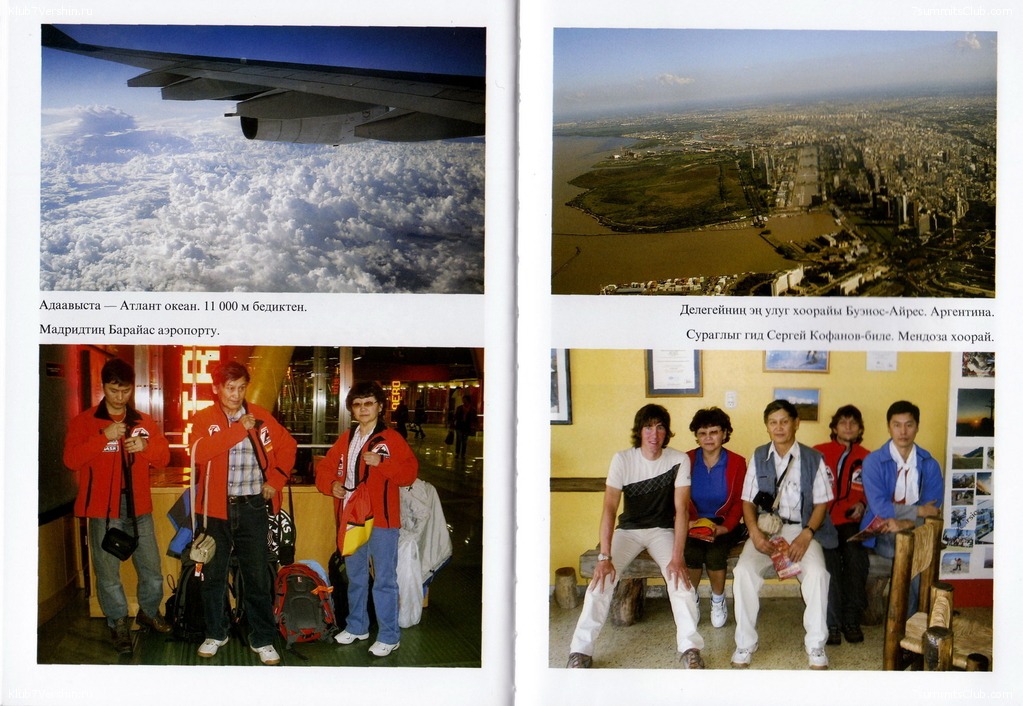 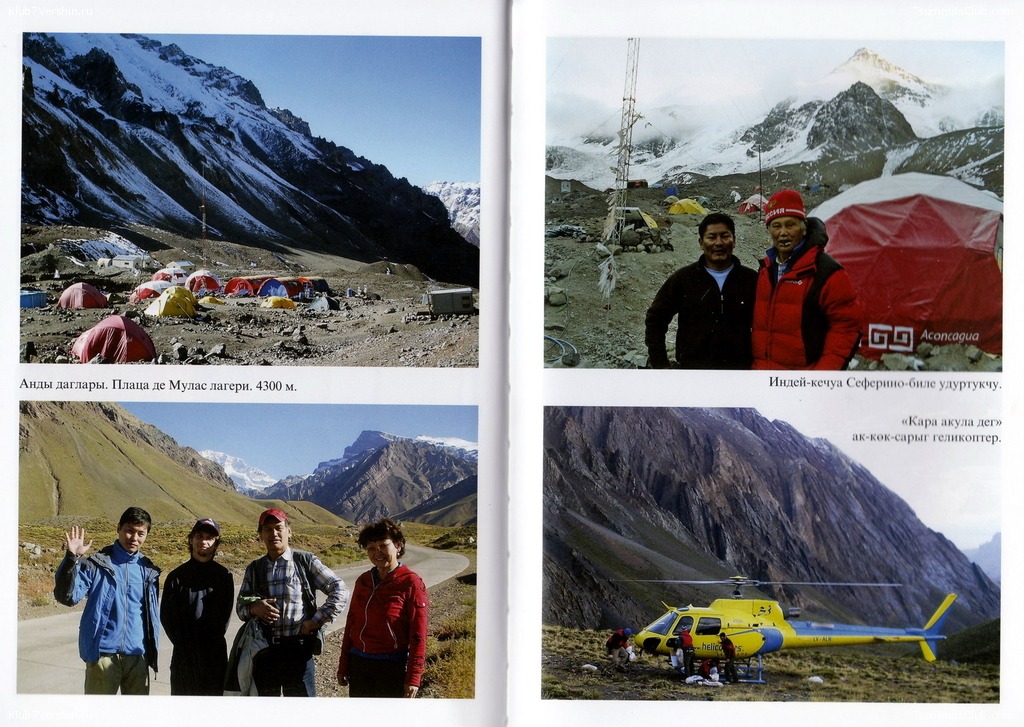 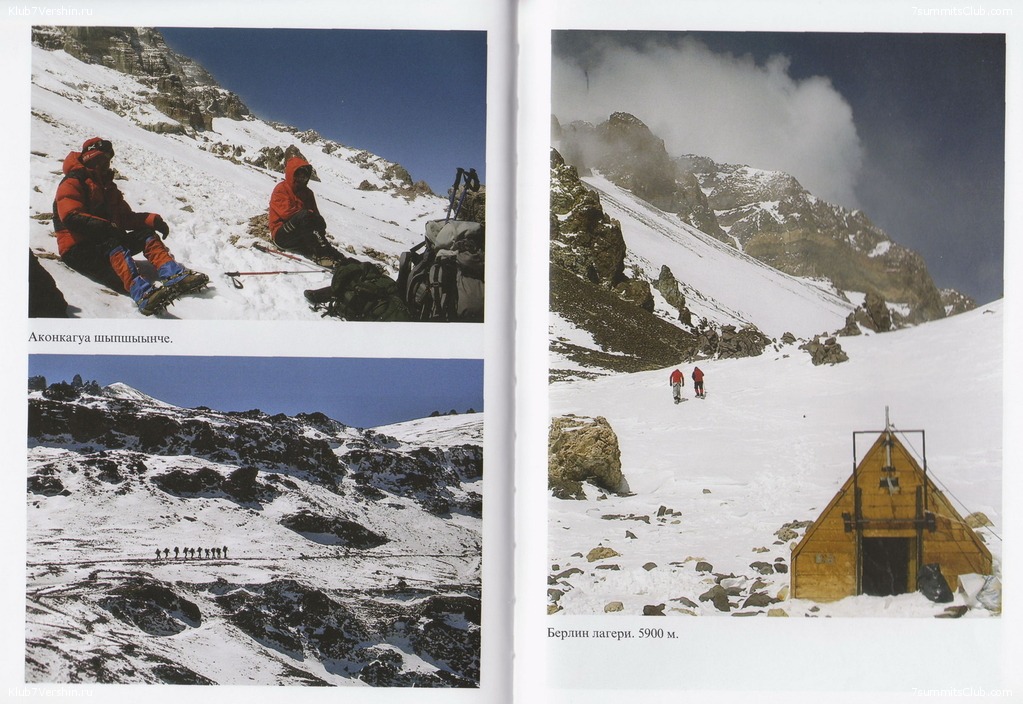 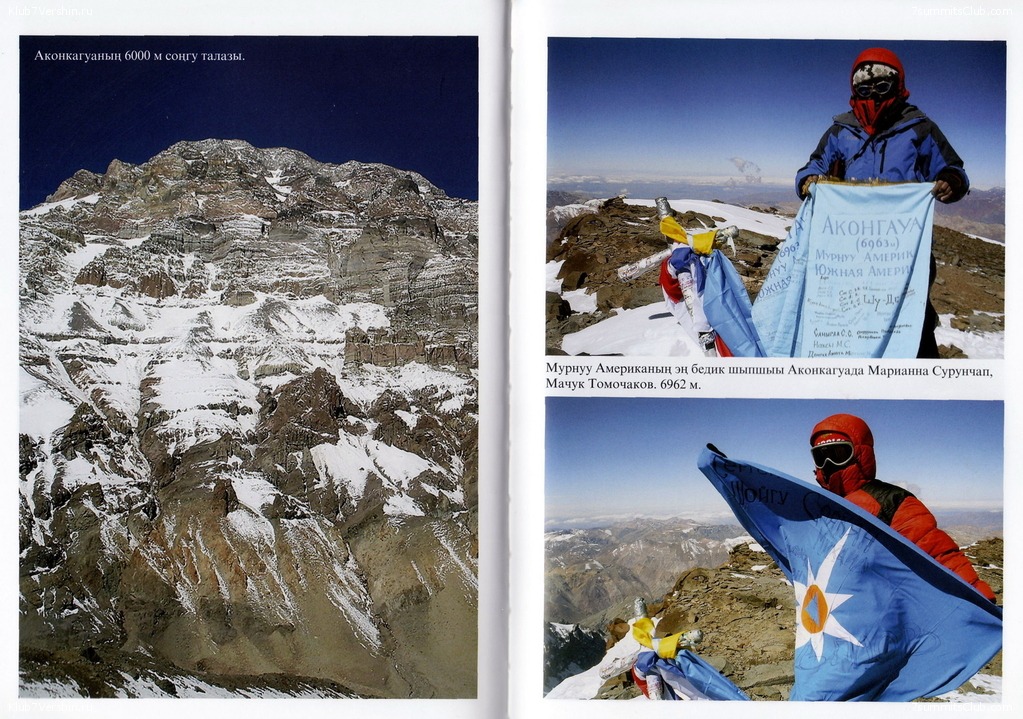 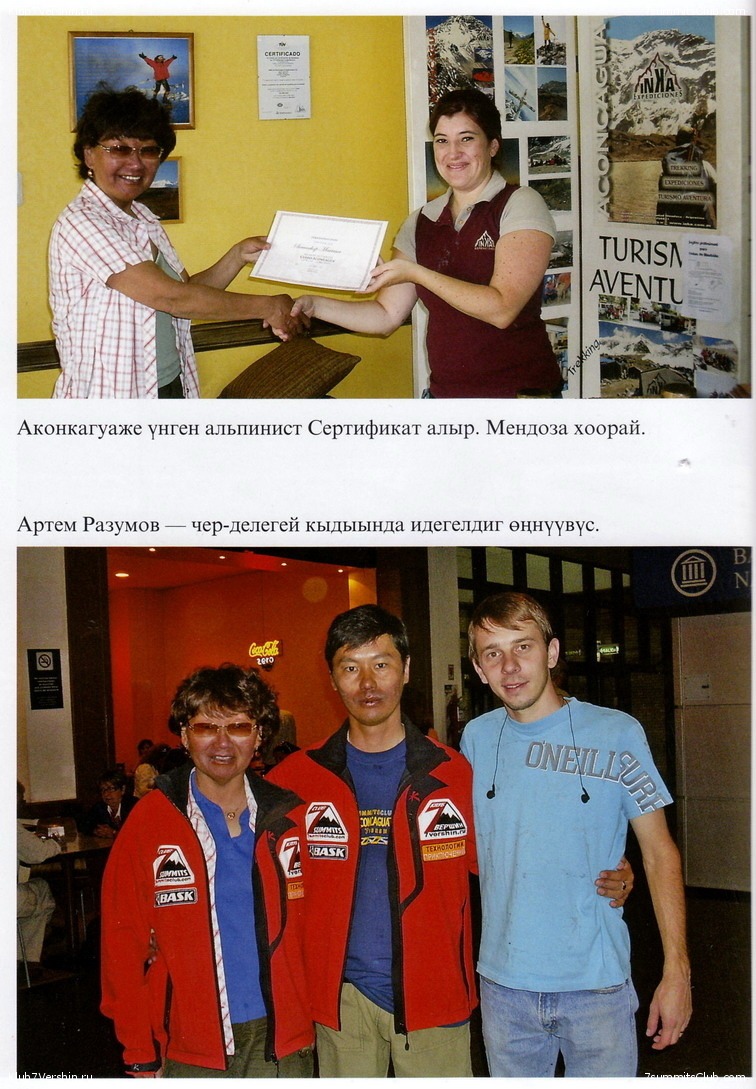