Our friend and partner Noel Hanna, Northern Ireland based adventure sports trainer and endurance athlete finished his project named 7 SUMMITS TO SEALEVEL. It means climbing Seven summits of the world's highest peaks, followed by seven arduous and top-speed descents to Sea Level. Almost five years, seven continents, thousands of column inches in media coverage - and one goal in sight, a new entry in the Guinness Book of Records. 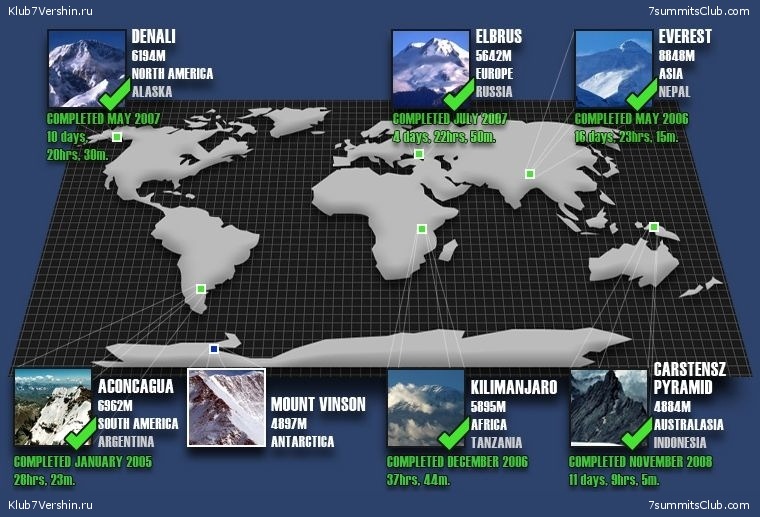 Noel Hanna, 42 is no stranger to nature's extreme challenges. He has competed in many of the world's most grueling endurance races such as, The Marathon Des Sables, Deathvalley 135, Discovery Eco-challenges and Himalayan 100 miler to name just a few.

For Noel Hanna, a man to whom challenge is a familiar friend, the quest was to go much further than previous expeditions - and add a dimension to the Seven Summits Challenge that would test, push, demand and enthrall: to follow each summit expedition with a race to Sea Level by man-powered means and accompanied by an observer from the Guinness Book of Records.

A seasoned mountaineer and endurance athlete, who is also a consultant advising endurance event organizers on course design and expedition logistics, Noel began his challenge in 2005 from Aconcagua.

In spring 2005 Noel Hanna and his wife Lynn joint an expedition of Everest organized by 7 Summits Club and led by Alex Abramov. Despite a setback on his first ascent Everest in 2005, when an eyesight problem forced him to turn back just one mile from the summit, he has relentlessly pursued.

Except of his 7 SUMMITS TO SEALEVEL program Noel and Lynn Hanna joint 7 Summits Club for following project:

On December 2009 Noel left for a 7 week expedition in Antacrtica with a team of 7 Summits Club. 22th of December 2009.Noel with our guide Victor Bobok has climbed Mt.Vinson 4897 mts After some days in Christmas they started for almost 300 km skiing to the sea at Hercules inlet. It takes 8 days to finish 4th of December in Patriot Hills.

Noel Hanna and his wife Lynn on Elbrus 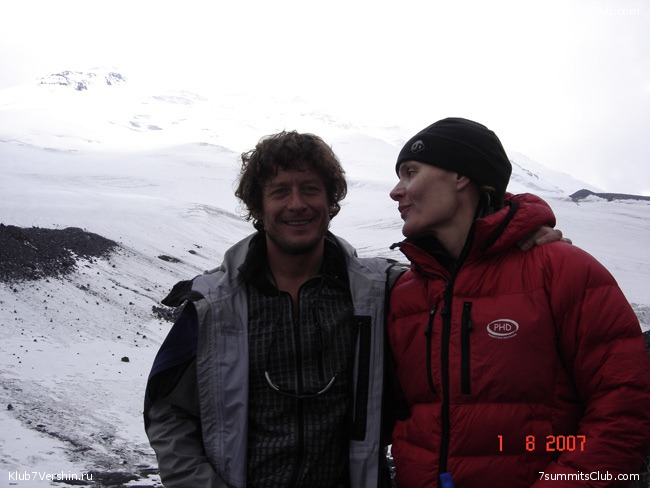 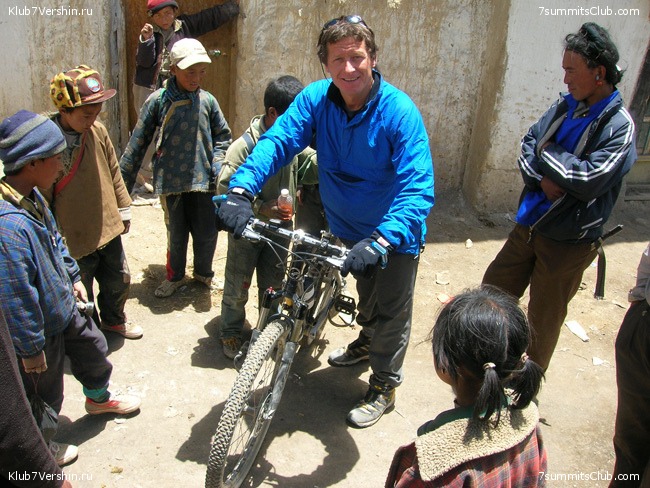 With Nikolay Cherny on Everest 2009 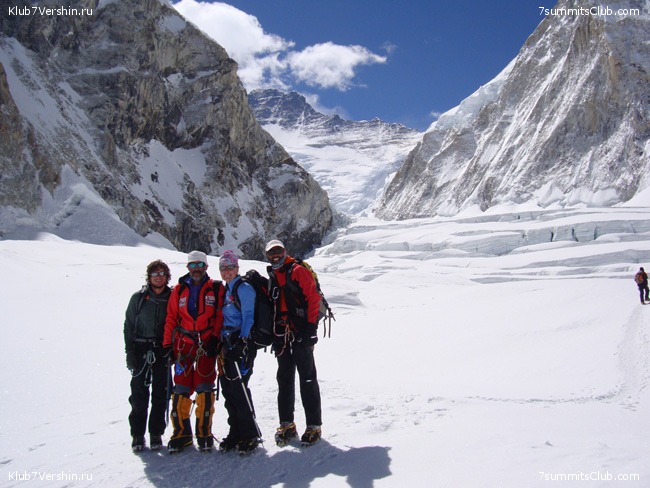 Descent to sea level, the Pacific Ocean in 28hrs, 23m.

Noel is linking this final leg of his Guinness Book of Records summit to sea level challenge attempt to his ongoing fundraising for UCF. He will be building on the total raised for the charity by the Personal Everest project.