Board meeting of the Russian Association of Mountain Guides took place Nov. 2 in the Gostiny Dvor, in the Ski Salon. It still was rather a monologue of the Board with the elements of discussion with community guides. Noisy area of Ski Salon did not promote long conversation, they were put off for another time. 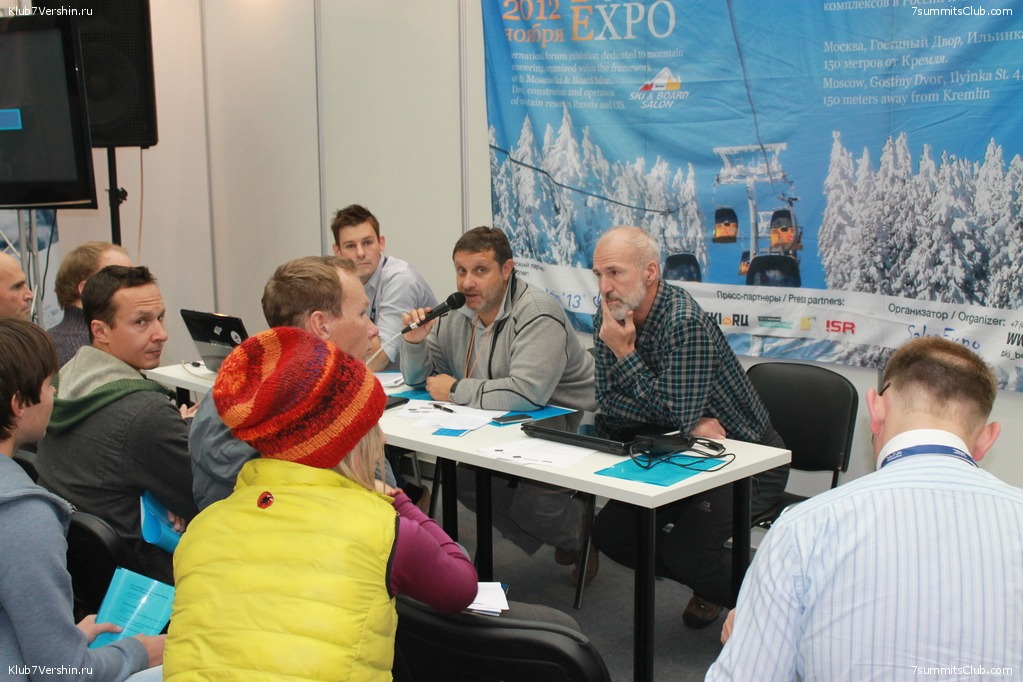 2. Discussion on the future structure of the educational modules of School. Shustrov A., M. Balakhovsky 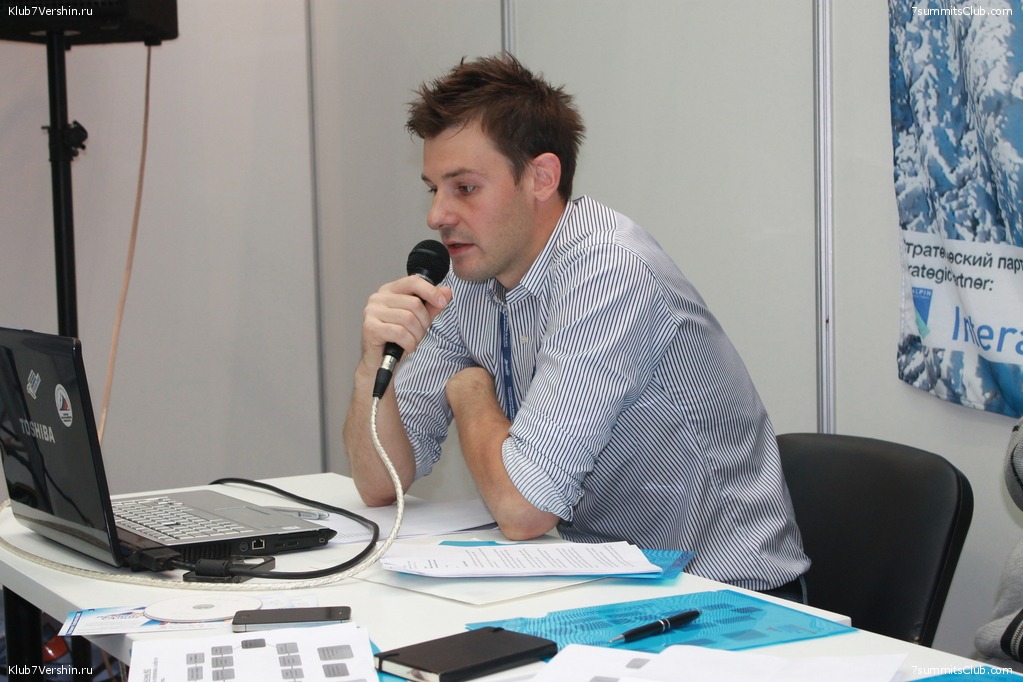 The 7 Summits Club is one of the initiators and sponsors of the Russian Association of Mountain Guides. At the meeting of our organization was represented by Denis Savelyev.

President of the Association Sergei Zon-Zam led the meeting. He spoke specifically and clearly, joking, and during the conversation led jokes in a serious direction. It became clear that Roman Bryk as a manager does not receive money from the Association. And his work is sponsored by FAR.

Budget of the Association is formed mainly thanks of sponsors of Gortex and Red Fox. The main item of expenditure - is payment of Canadians Lecturers. The first period of the Association can be called a "golden age", because we made a lot in spite of the predictions of the pessimists. 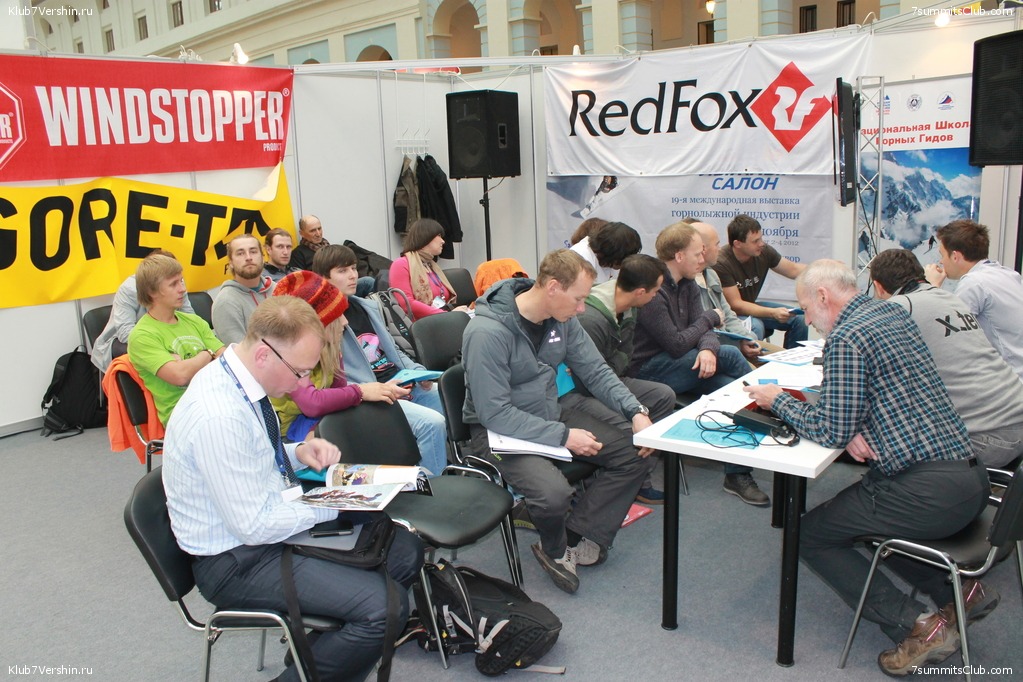 At the meeting of the Association of Mountain Guides Russia gathered as members of the first set, which included Kirill Anisimov (Elbrus), Maxim Balakhovsky (Kamchatka), Nikolai Polyakov (Krasnaya Polyana), Vitaly Ilyinykh (Moscow), Vladimir Gonchar (Elbrus), and members of the School the second set of names are also well known to all, it's best riders and guides of Russia, such as Victor Zakharin (Kamchatka), Anna Khankevich (Moscow), Peter Yastrebkov (Moscow), Vitaly Stegno (Stavropol Territory).