August 4, two new groups of the 7 Summits Club began programs of climbing Kilimanjaro. They go on different routes - Machame and Marangu. Alexander Agueyev (Volgograd), Vasily Yanivets and Sergey Chuvilev from Moscow are on the Machame route. After the mountains, they will continue to travel and go on trips to the national parks of Tanzania.

Brothers Victor and Vladimir Yaroshenko from Moscow and Alexey Sushkov from St. Petersburg chosen Marangu route. Interestingly, that Victor and Vladimir have just returned from Elbrus, where they were preparing for the ascent to the highest peak in Africa. 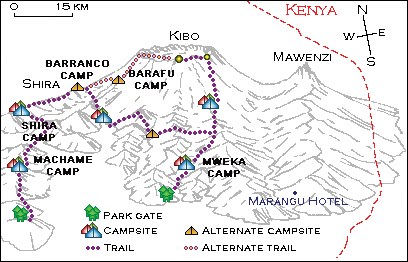