Hello! It is Alexander Abramov. Today at 7:30 we went up to the top of the Western Elbrus, and then went down to the saddle. Then we climbed up to the top of the Eastern Peak. Now I'm calling right from the top of the Eastern Elbrus! Now the team under the leadership of Alexander Abramov is making photos and begins the descent down to the north. Not to the south, but to the north. Thus, we want to make "cross of Elbrus." Also with us, there is Sergei Avtomonov, as a second guide. The rest of the team also reached the top of the Western Peak, except our Dutch friend. That happened. So, hurray! 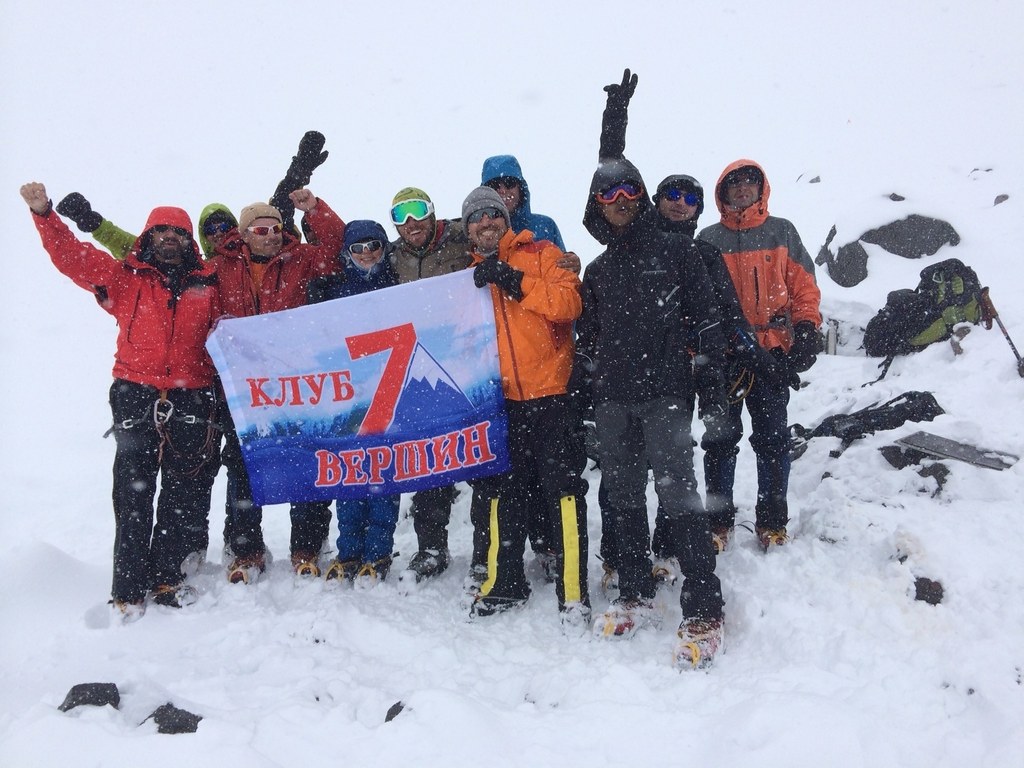