While the main attention is focused on Annapurna, where women are arguing for the right to be the first on all 14 eightthousanders. Meanwhile, the number of so-called "challenges" in the first place the other giant peak - Makalu. Two teams are planning to make new routes, and the German Luis Stitzinger intends to perform the first ever ski descent from the summit.

41-year-old Stitzinger, in recent years, got a taste for the establishment of outstanding records. He has already made descents on three eight-thousanders, set speed records on the Polish route on Aconcagua, etc. .. His climbing partner is his girtl-friend Alix von Melle, as well a guide, as well an extreme skier. However, on Makalu Luis will skiing alone, too severe would be descent. 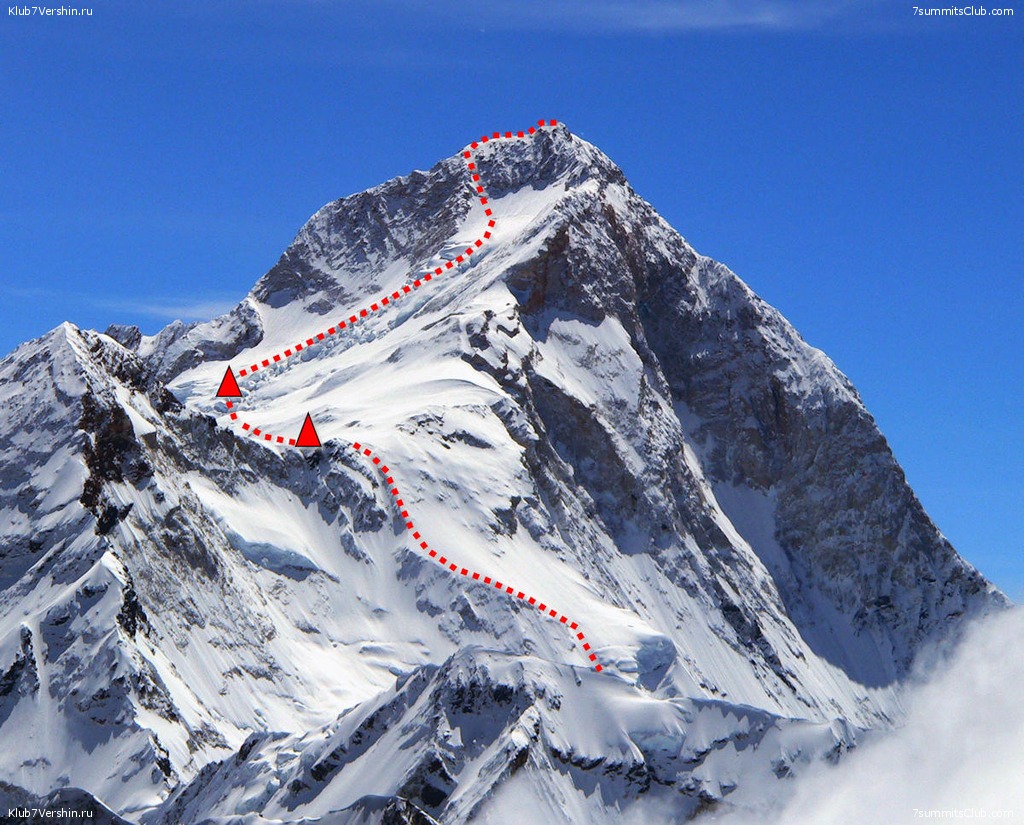 “Marty Schmidt and I are headed to the south side of Makalu, leaving this coming week,” Chris Warner wrote in an email to ExplorersWeb yesterday. “We are hoping to climb a new route to the summit of Makalu SE (7803 meters) and then follow the SE Ridge to the (main) summit.”

“Our planned route lies between the SW Ridge (opened by Czechs in 1976) and the SE Ridge (Japanese climb in 1970),” expedition website SharedSummits reported. “The route will ascend snow gullies and rock bands, up the 7000 foot face to Makalu SE (7803 meters). Here it joins with the Czech and Japanese routes along the SE ridge, knife-edged and gendarme guarded all the way until the summit.”

“At 8300 meters, a 100 meter rock band blocks the route, making for an extremely technical summit day,” SharedSummits added. The climbers expect to find snow slopes to 60 degrees, ice to 85 degrees and rock sections to 5.7.

Both climbers are highly experienced mountaineers: In addition to new routes on Shivling and winter Ama Dablam, expedition leader Chris Warner has been on 13 expeditions to 8000ers, reaching the summit of Everest (guiding three times), K2, Lhotse, Shisha Pangma (solo south side) and Cho Oyu, plus attempts on Nanga Parbat and Broad Peak.

A regular on Denali and Aconcagua; Marty is a seasoned high mountaineering guide and a four-time Cho Oyu summiteer (including a speed ascent and a ski descent), who also topped-out Kangchenjunga and attempted K2 from both sides.

“Marty Schmidt and I are headed to the south side of Makalu, leaving this coming week,” Chris Warner wrote in an email to ExplorersWeb yesterday. “We are hoping to climb a new route to the summit of Makalu SE (7803 meters) and then follow the SE Ridge to the (main) summit.” 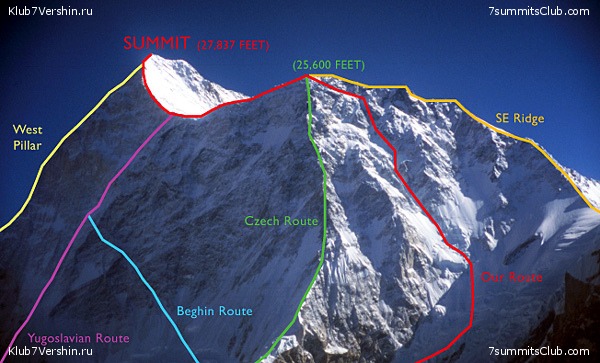 Will Cross departs shortly for Makalu as part of his Giant Mountain Challenge; a quest to climb six of the highest peaks in the world. All are located in the Himalaya and all are above 8000m. The purpose of this challenge is to demonstrate that one can lead an extraordinary life with diabetes, an incurable condition and a global pandemic. So far, Cross has topped out on Everest, Lhotse and Cho Oyu. He has had diabetes for over thirty years.

Novo Nordisk continues to be the primary corporate partner of this endeavor. Wild Things is the exclusive pack and gear provider. Dermatone is the exclusive sun care protection. HealthiFeet and Adventure Medical Kits have also stepped forward to support the Giant Mountain Challenge.

March 27, Ukrainian National expedition "Ukraine-Makalu-2010" started from Kiev. The expedition includes 10 climbers, 2 coaches, a doctor. Expedition leader - Valentin Simonenko. The purpose of the expedition - climbing Makalu (8463 m), the fifth summit of the world, by a new route along the South-West Face. This expedition is dedicated to the memory of the famous Ukrainian climber Vladislav Terzyul, who climbed all the Eight-thousanders. He died on the descent is from Makalu, the latest in his list of 14. 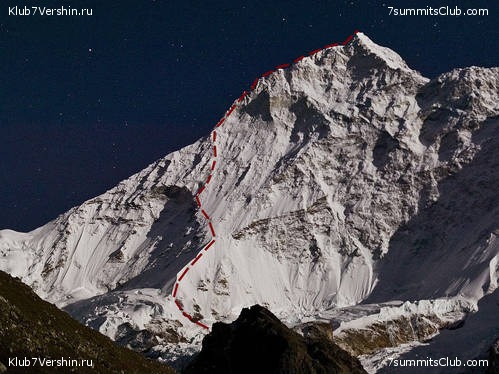 The team includes athletes from different regions of the country: 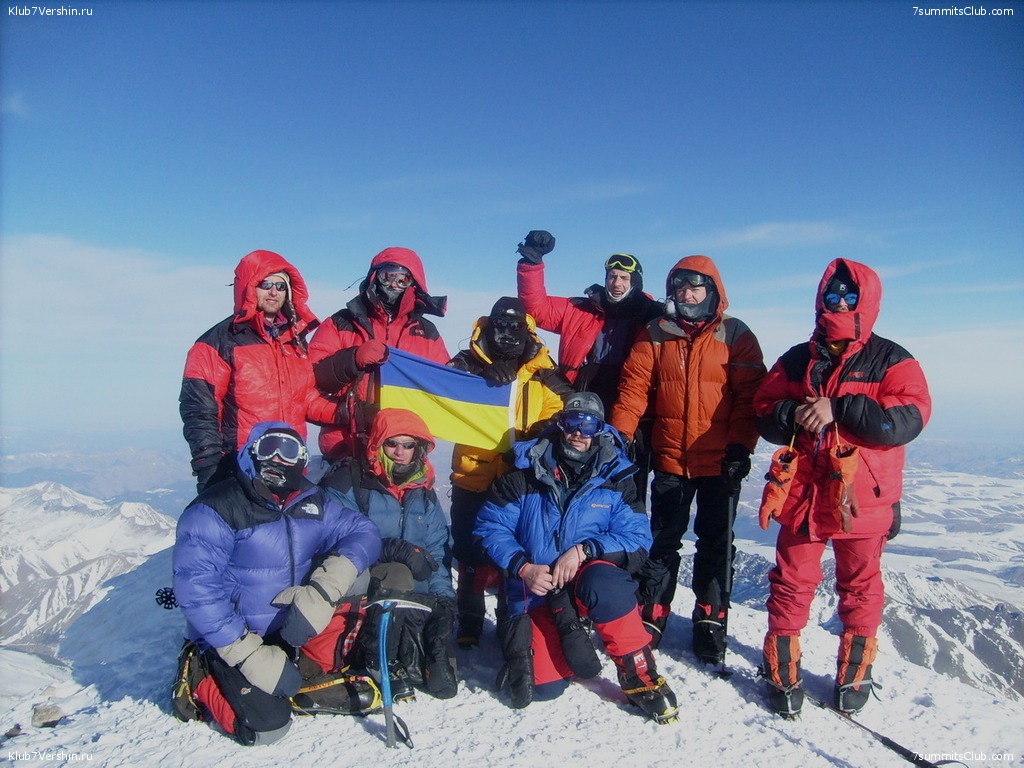 Expedition will last 2 months. Upon arrival in Nepal athletes decide to organizational matters, then 8 days walk will reach the base camp .. May 27 athletes plan to return to Ukraine.

The expedition can be monitored at blogging site leader and team captain Yuri Kruglov: kruglov.biz 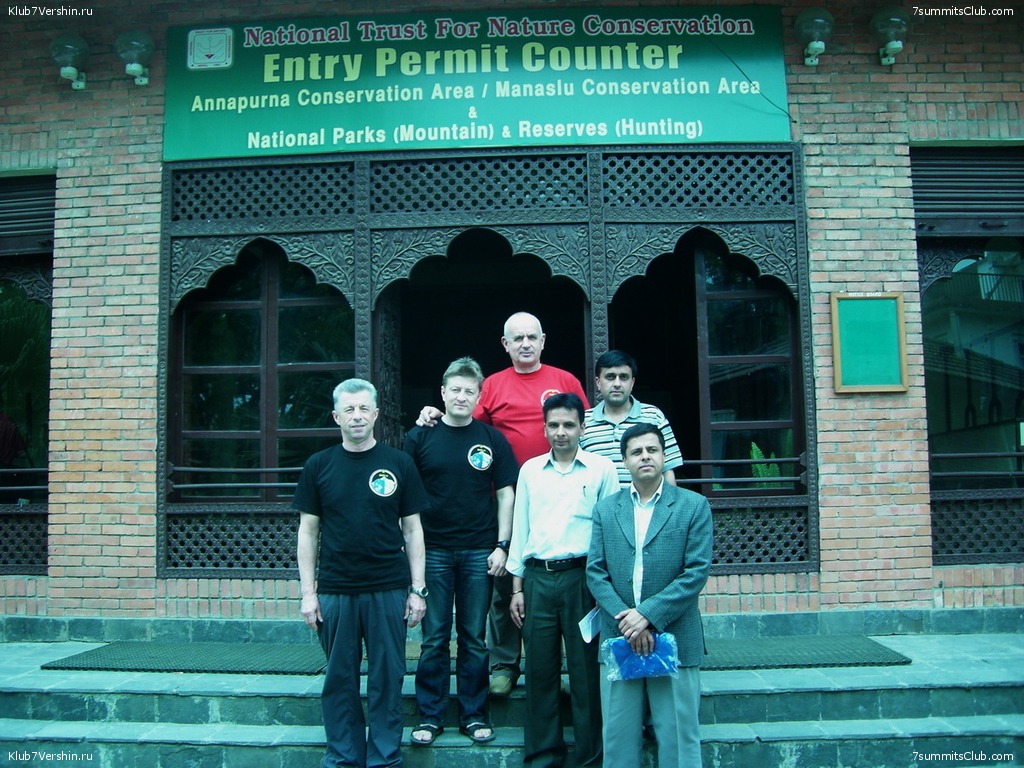