Details about the ascent of Asia's highest volcano Damavand (included in the 7 Volcanoes project) from the guide of the 7 Summits Club Valery Myasoedov.

Summit day is the most difficult one. Here, in addition to good acclimatization, motivation and strong-willed qualities play an important role. A late start at 5.30 am justified itself, a strong gusty wind would complicate the ascent in the early hours. We went out without lanterns, we took a leisurely pace, comfortable for all participants. Friday is a day off in Tehran, there were many local climbers on the mountain. When they see foreigners, they greet them, it was nice. We went smoothly and steadily, which is important.  The second half of the climb was completed at approximately the same pace as the first. And in less than 7 hours, almost simultaneously, all the participants reached the top! Strong-willed qualities also proved to be on top!

We went down the climbing path, crampons and ice axes were not needed. But this does not always happen, it was the decision of the Iranian guides. On the descent, everyone was tired, but the desire to run down as soon as possible and go down to Polur, to a comfortable 2.200 m, was even stronger. As a result, there was further descent to the mosque, moving to Polur, and we are in relatively comfortable conditions. And after taking a shower, everyone noticeably moved away and cheered up, still a set of 1400 m and a descent of 2600 m on their feet is a decent load for the day! 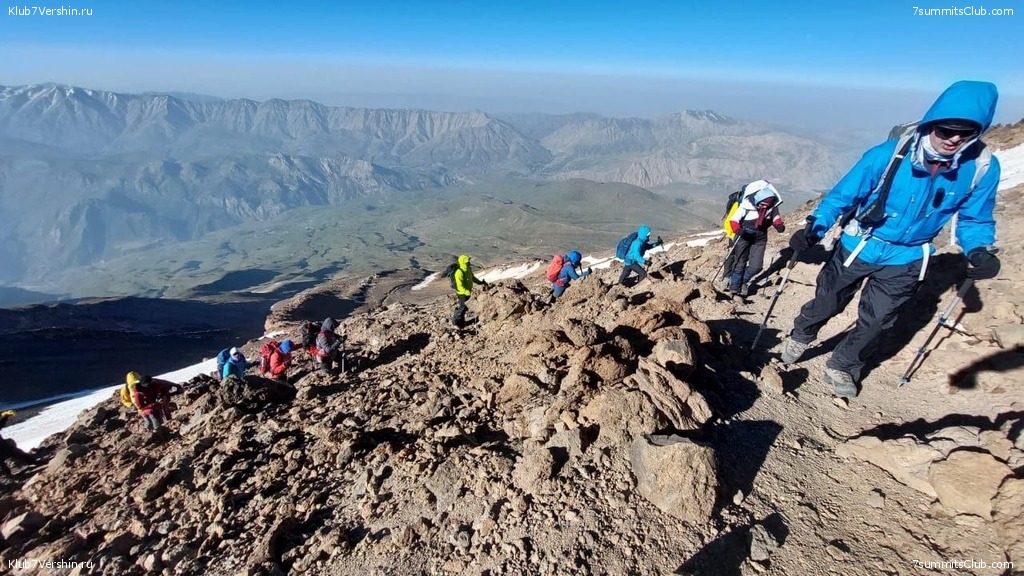 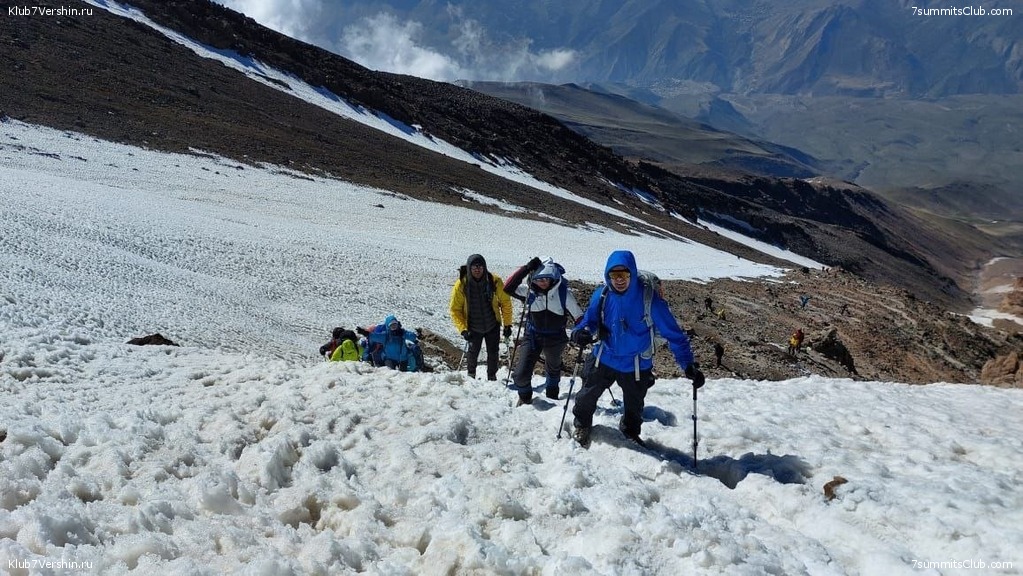 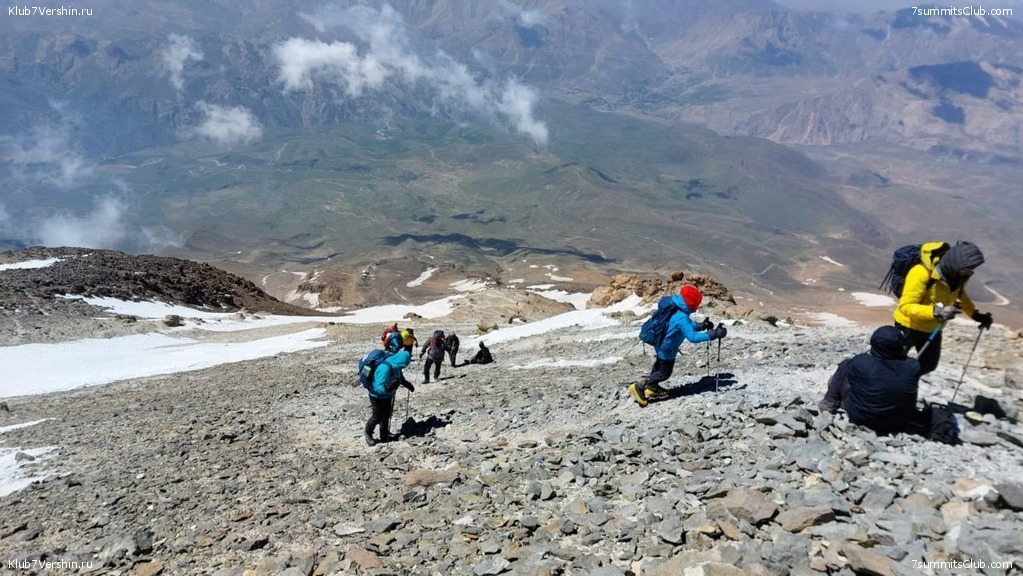 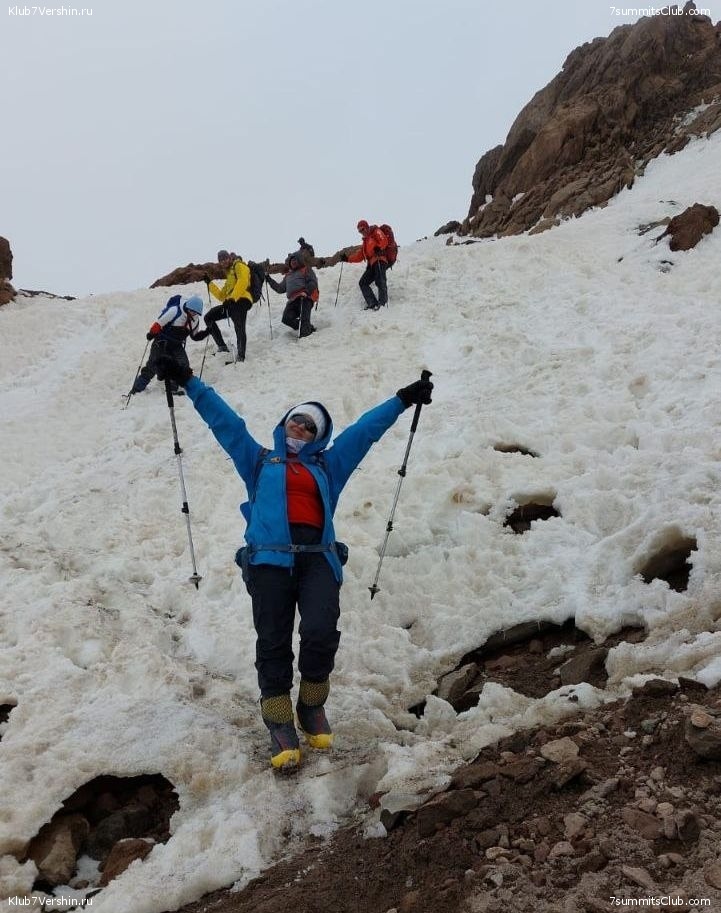 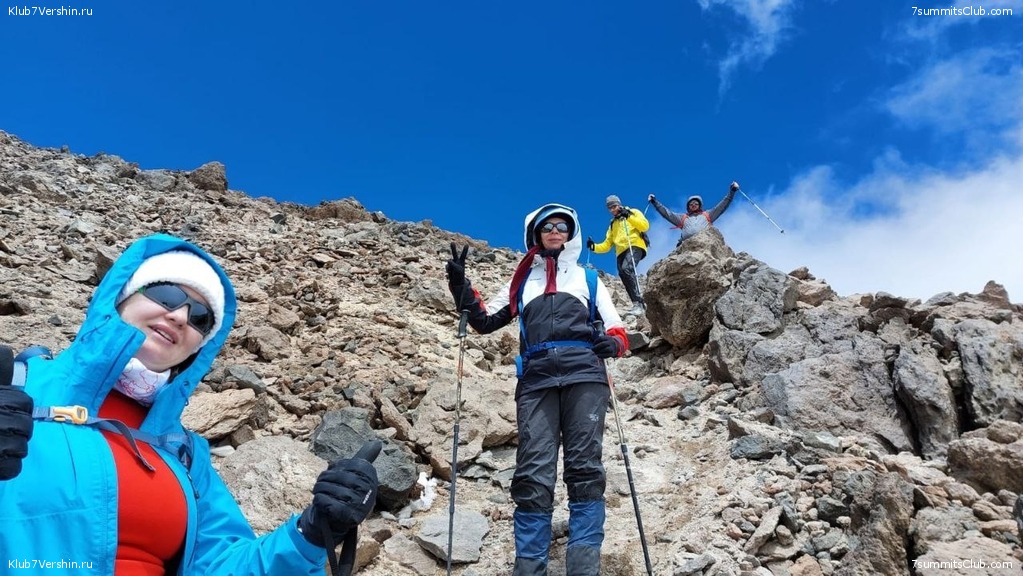 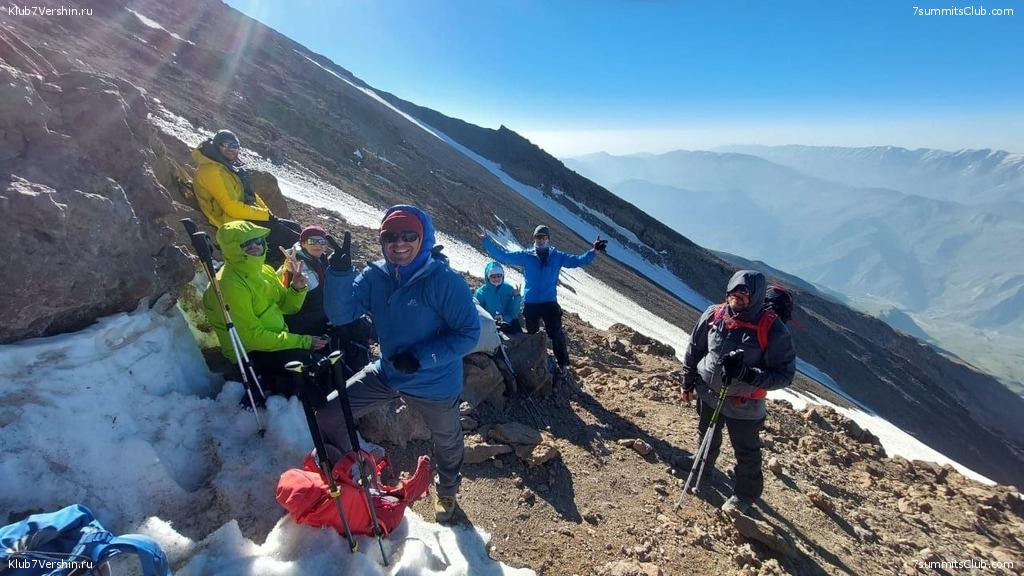 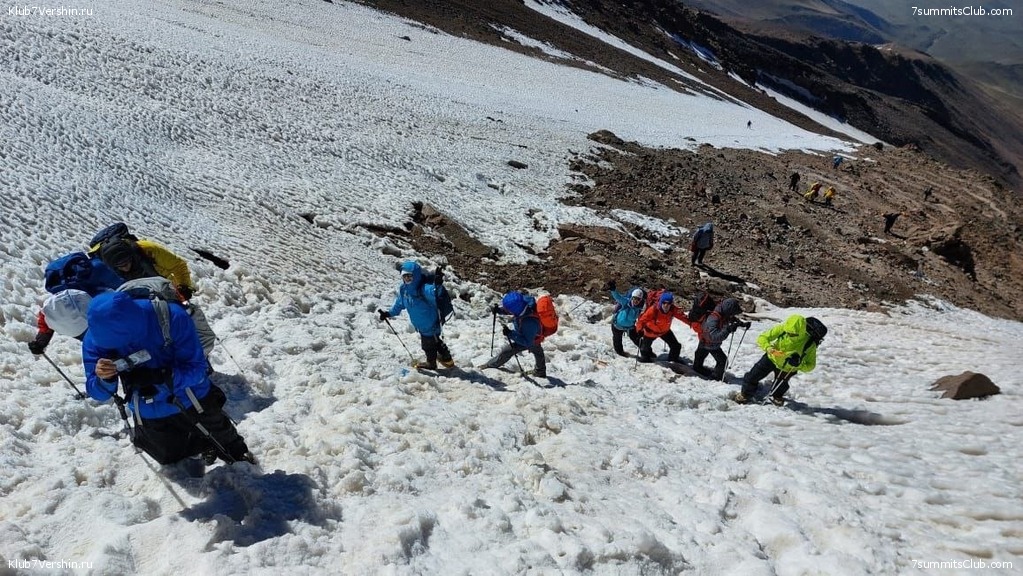 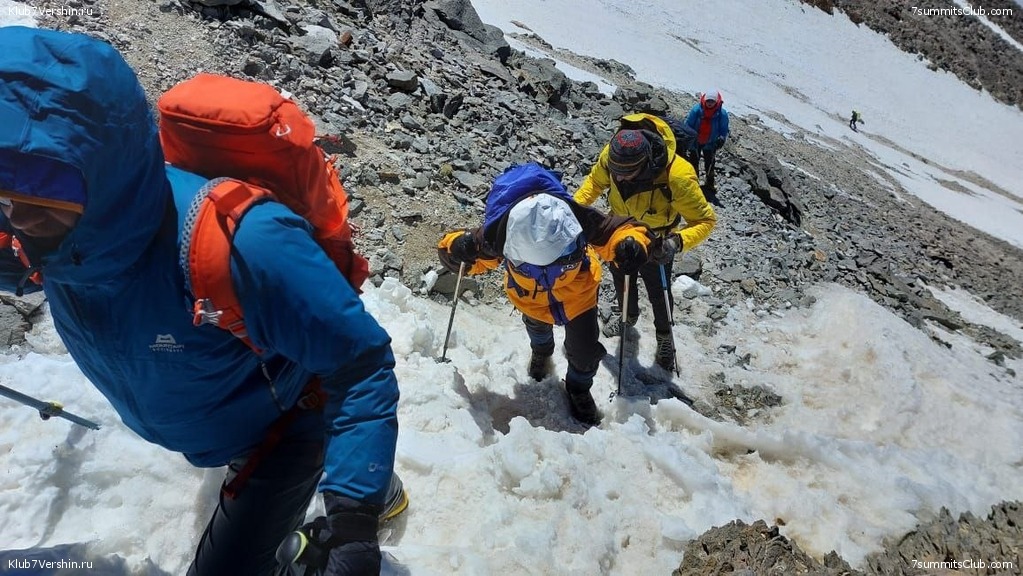 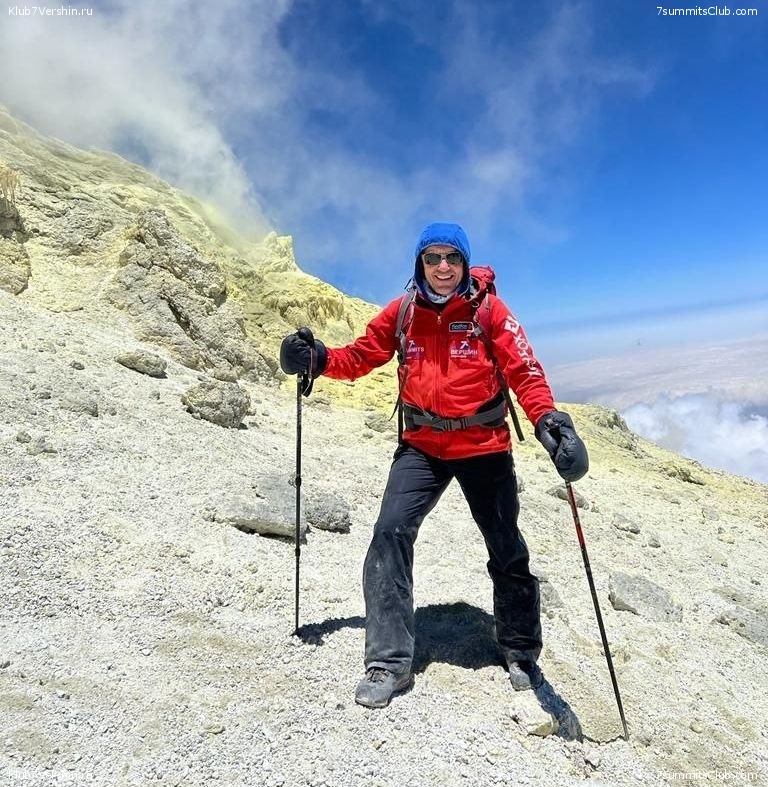 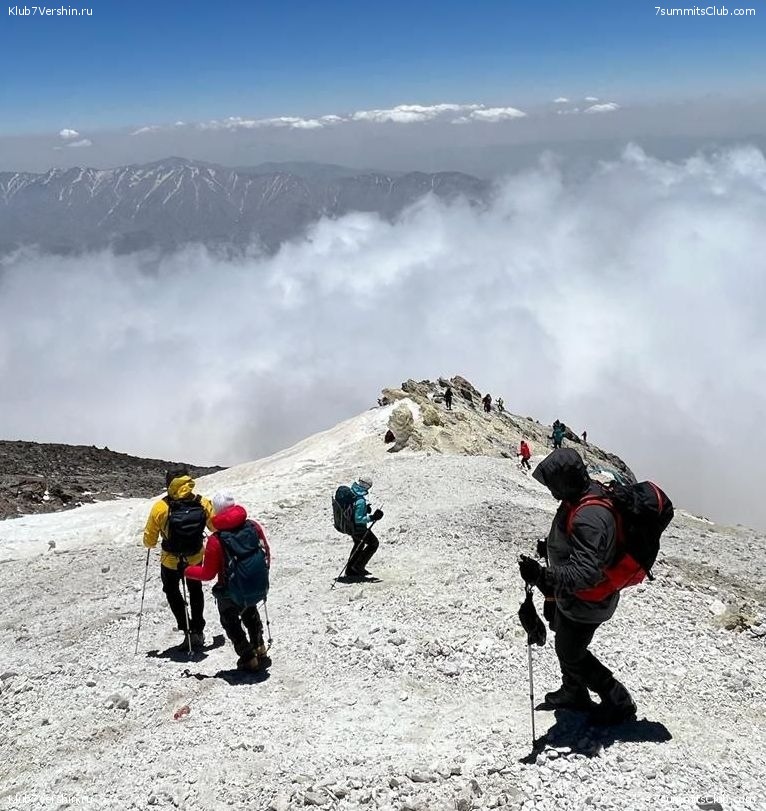 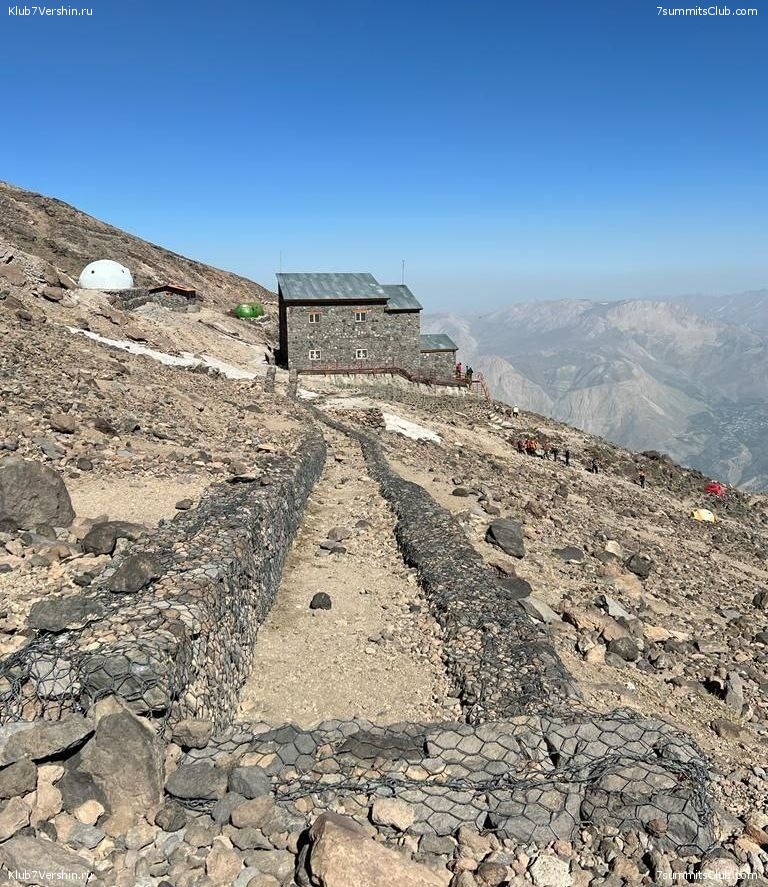 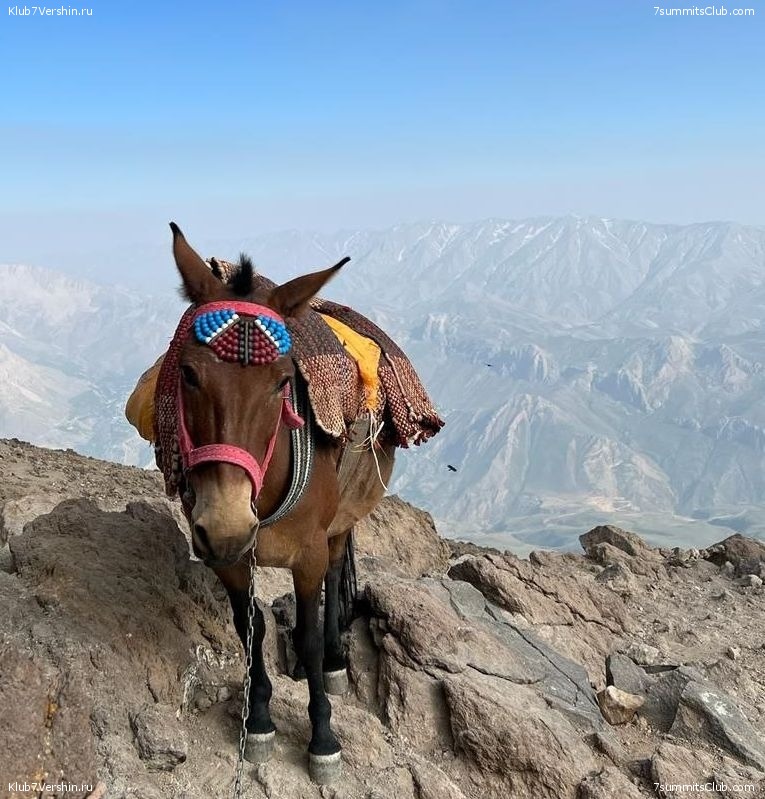 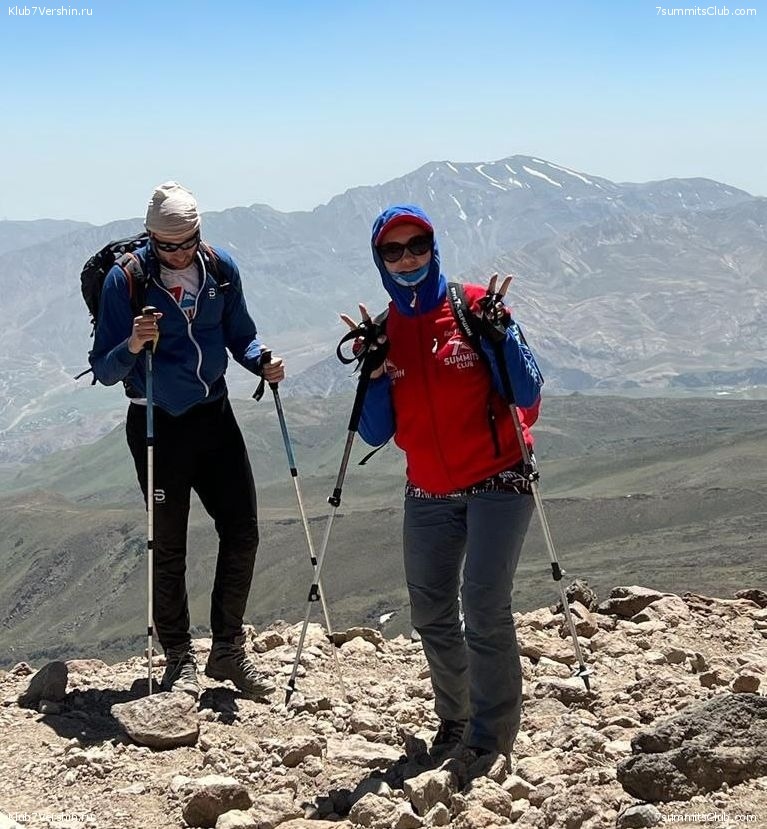 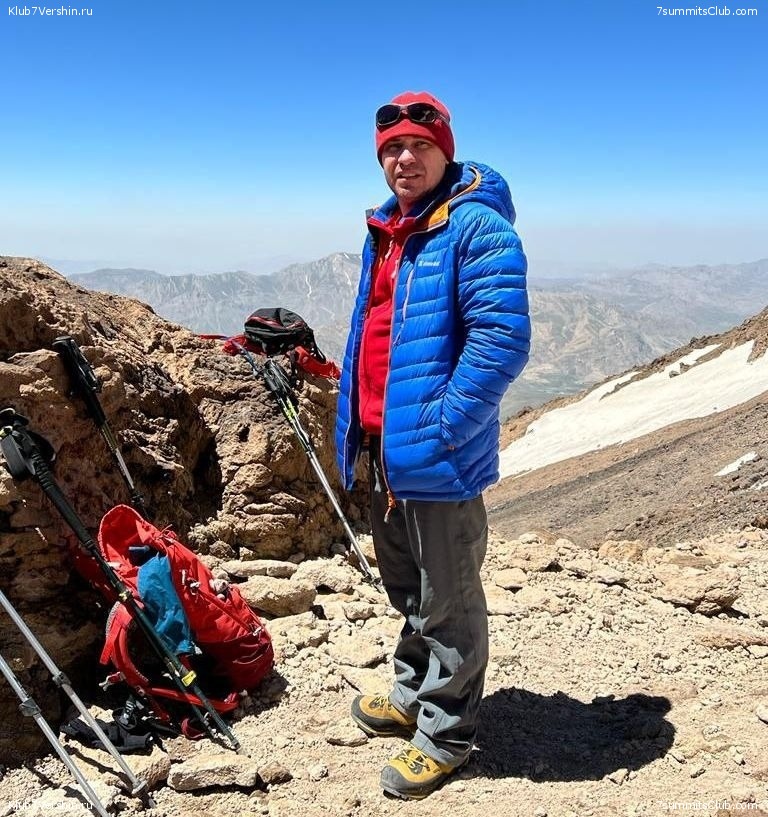 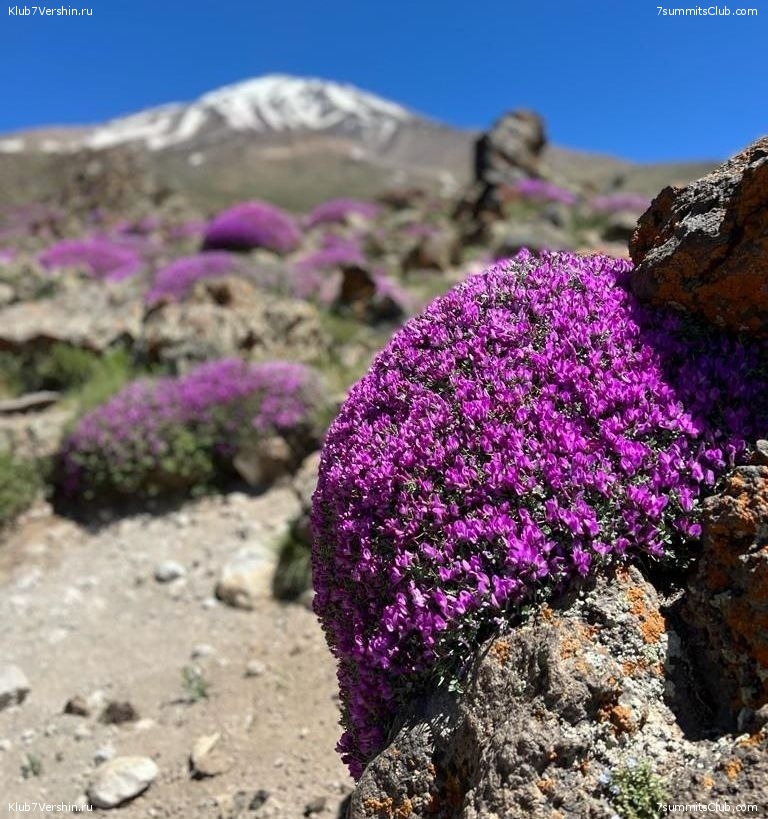 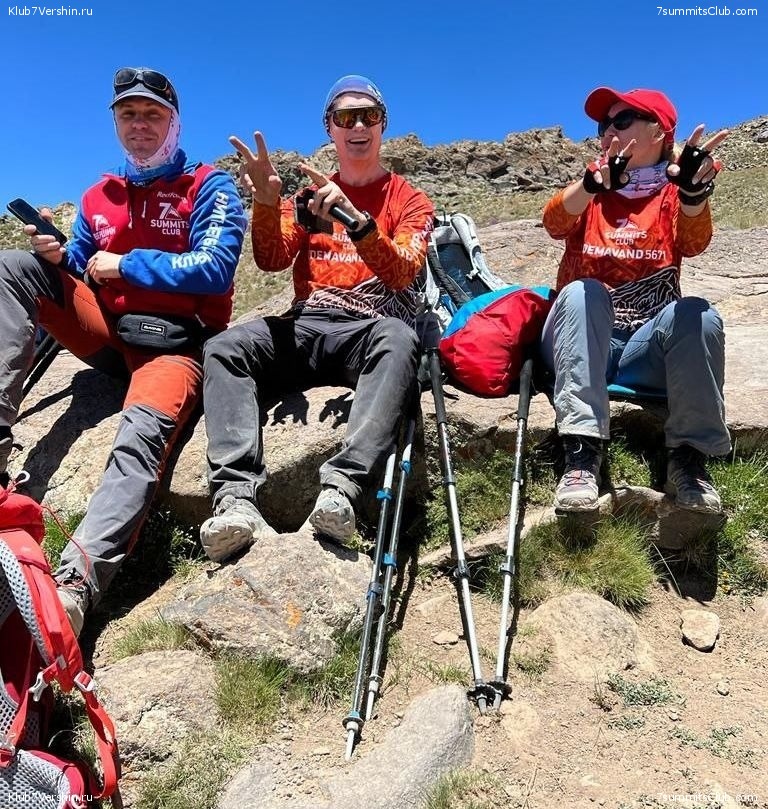 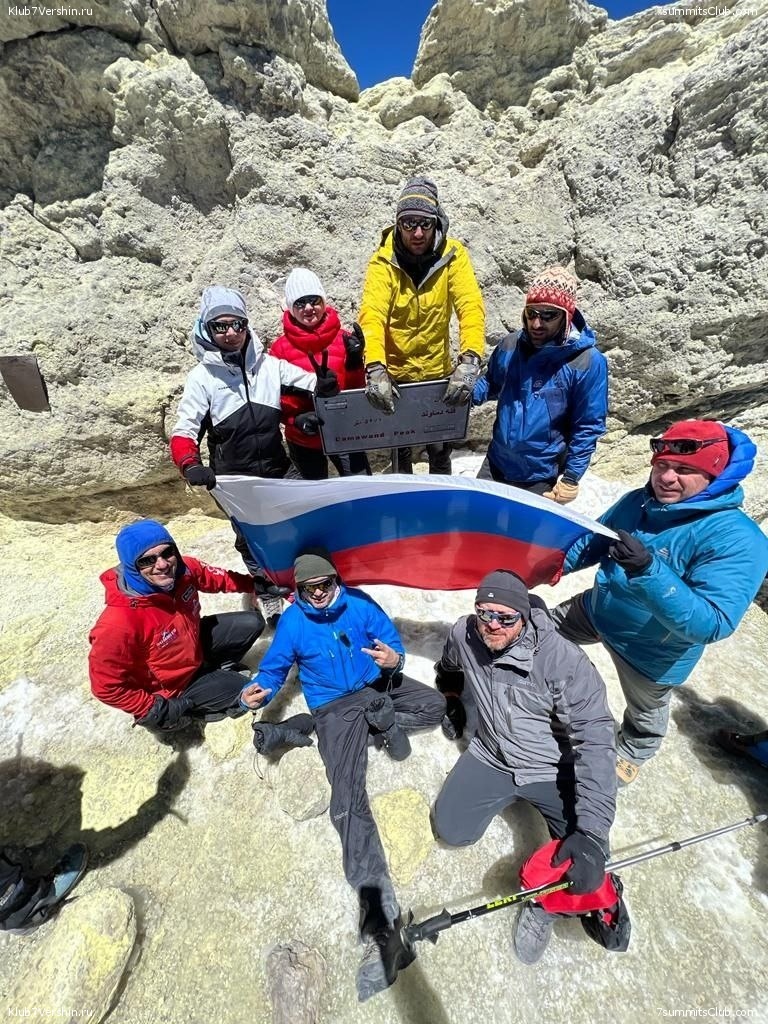