September 12th  it was the culmination day of our trip to Poland. At 3 a.m. a guide of the 7 Summits Club Artem Rostovtsev started on 100 km!!! At 10 a.m. Nina Smirnova (the daughter of active members of our club Igor and Natalya ...

September 12th  it was the culmination day of our trip to Poland.

At 10 a.m. Nina Smirnova (the daughter of active members of our club Igor and Natalya and the participant of ascent on Olympe last year) started in special female running.

At 15.00 for the most cheerful start (Smirnov' family came Fun Run - fancy-dress running).
(Igor, Nina and mother Natalya as support and with a requisite).

All runnings ended well. All of us received medals (and some on two medals)

And, of course, Artem who ran 100 km in 10 hours 58 minutes got the main congratulations and entered the first 15 people from nearly 1000 participants of running.

Pang Zygmunt Berdykhovski participated in Iron Run (these are about 7 runnings within 3 days, including a marathon and 64 km). Our Zygmunt is real Man of Iron!
And between runnings he even found time in short breaks to meet us:))) 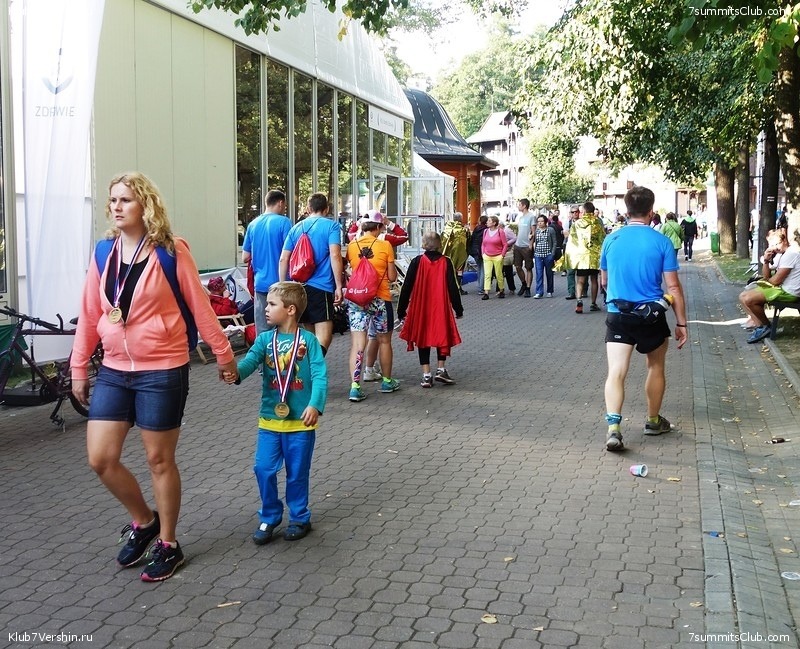 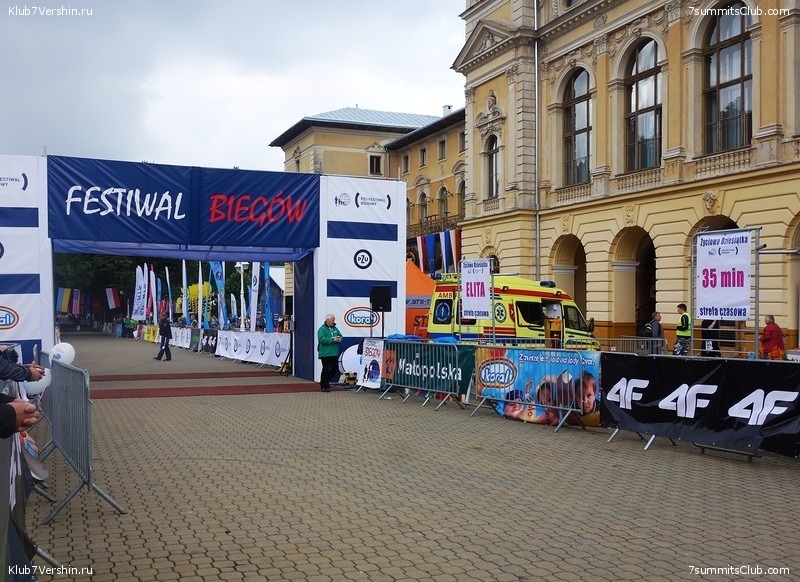 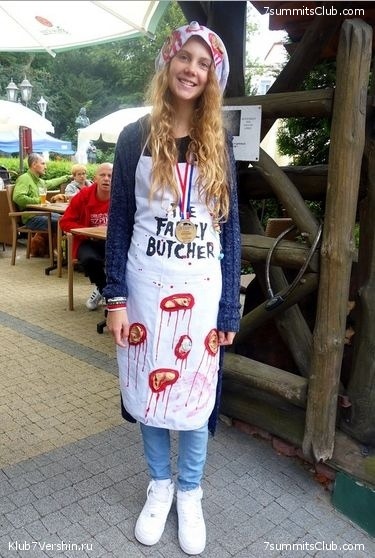 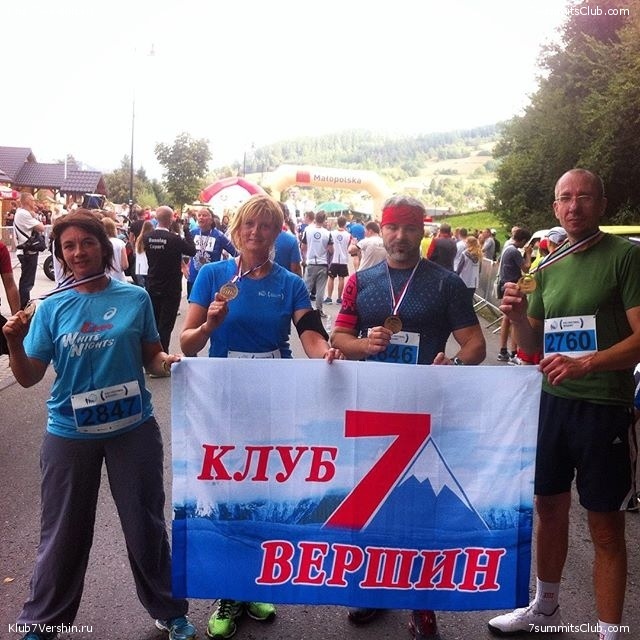 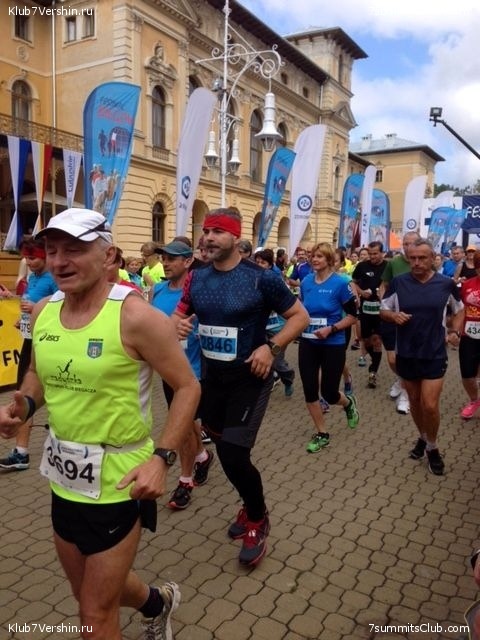 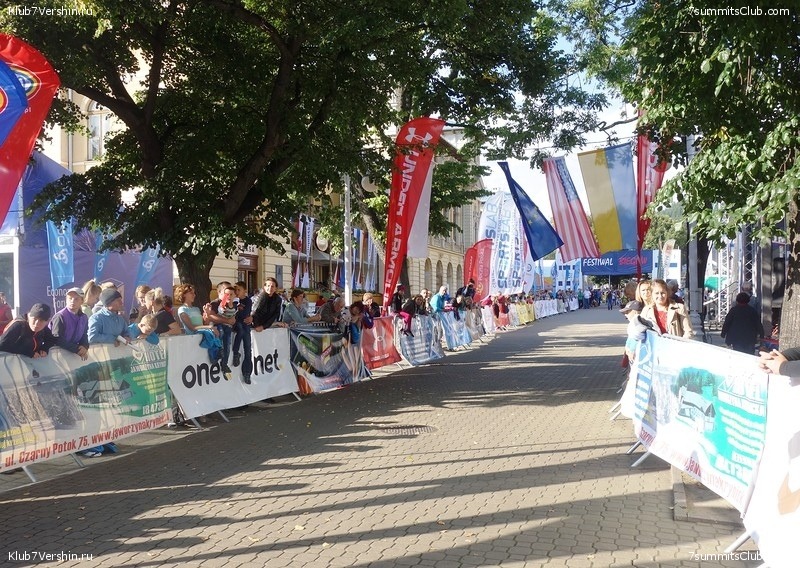 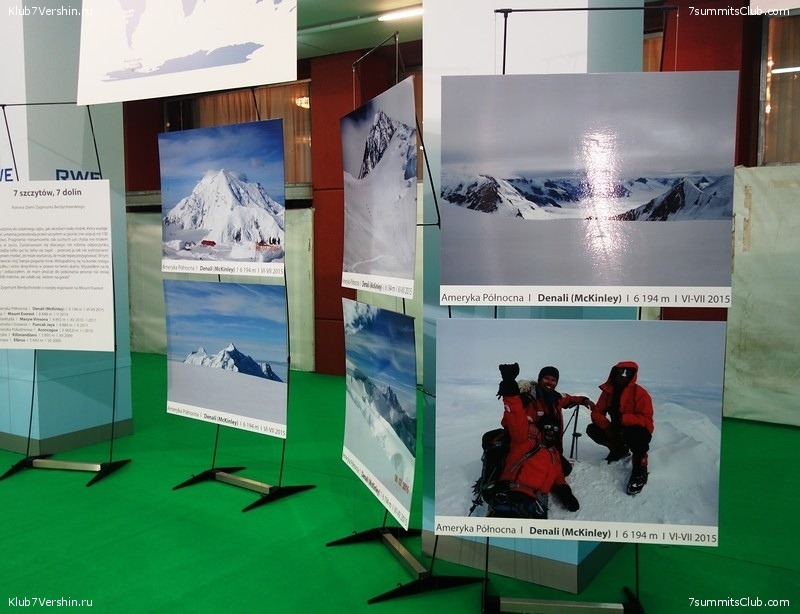 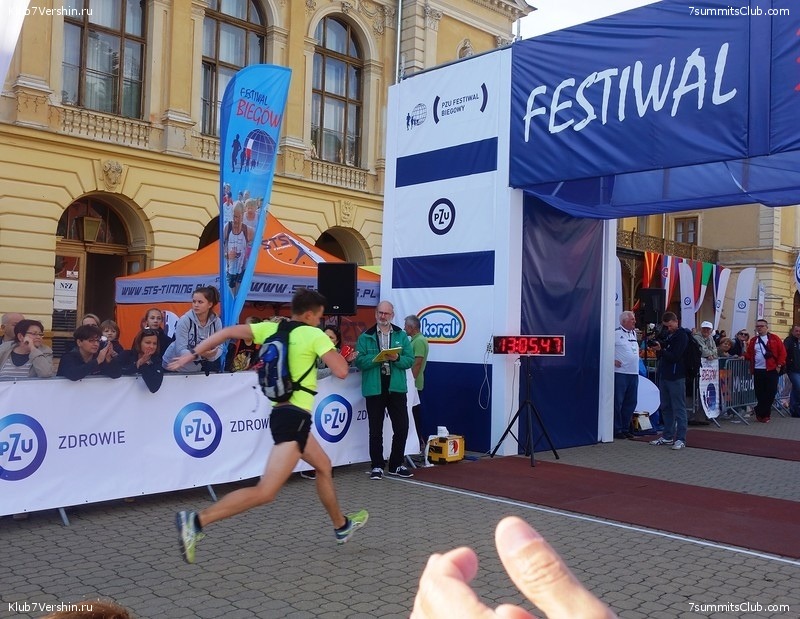 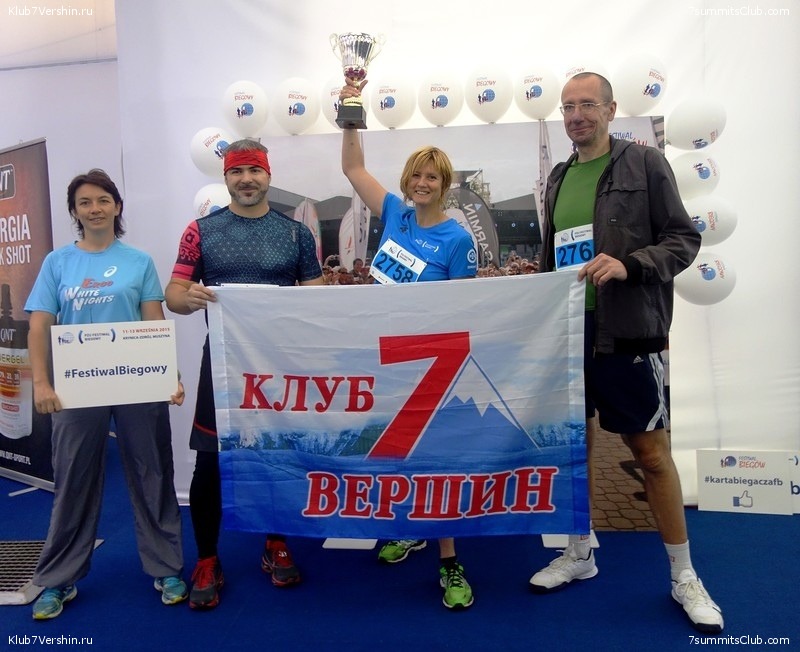 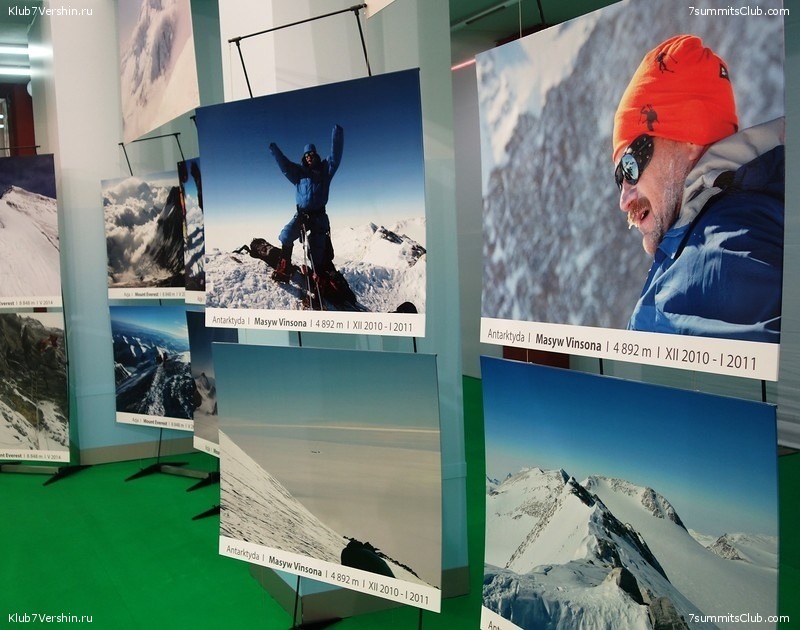 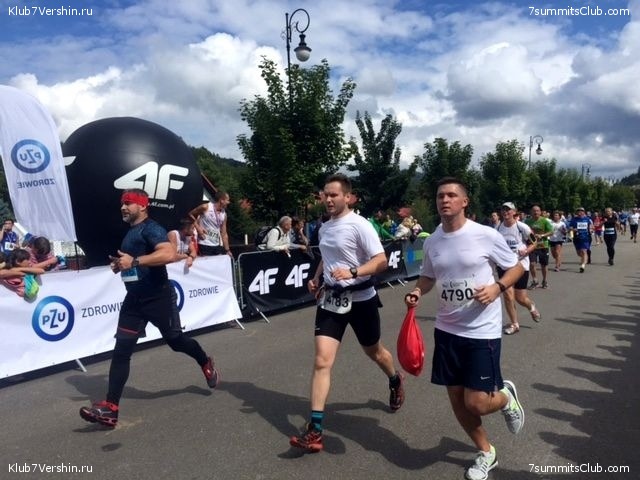 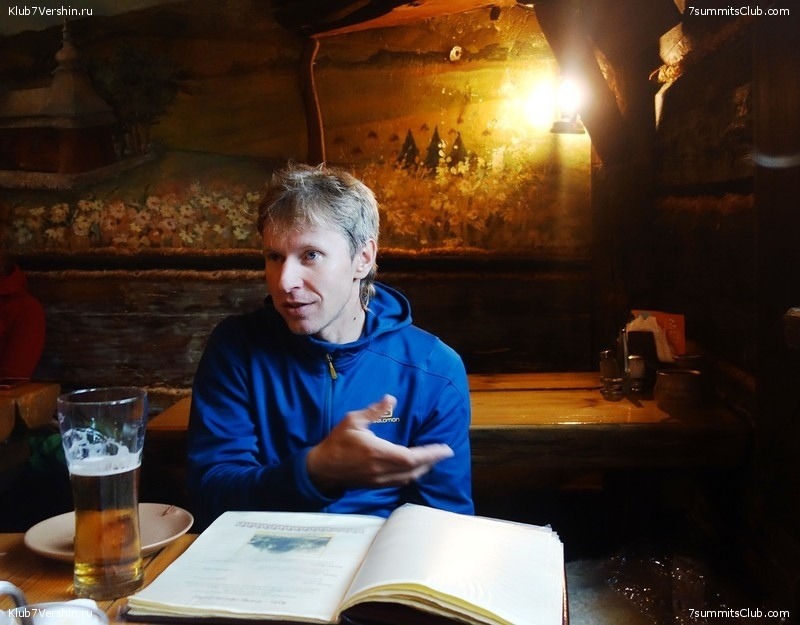 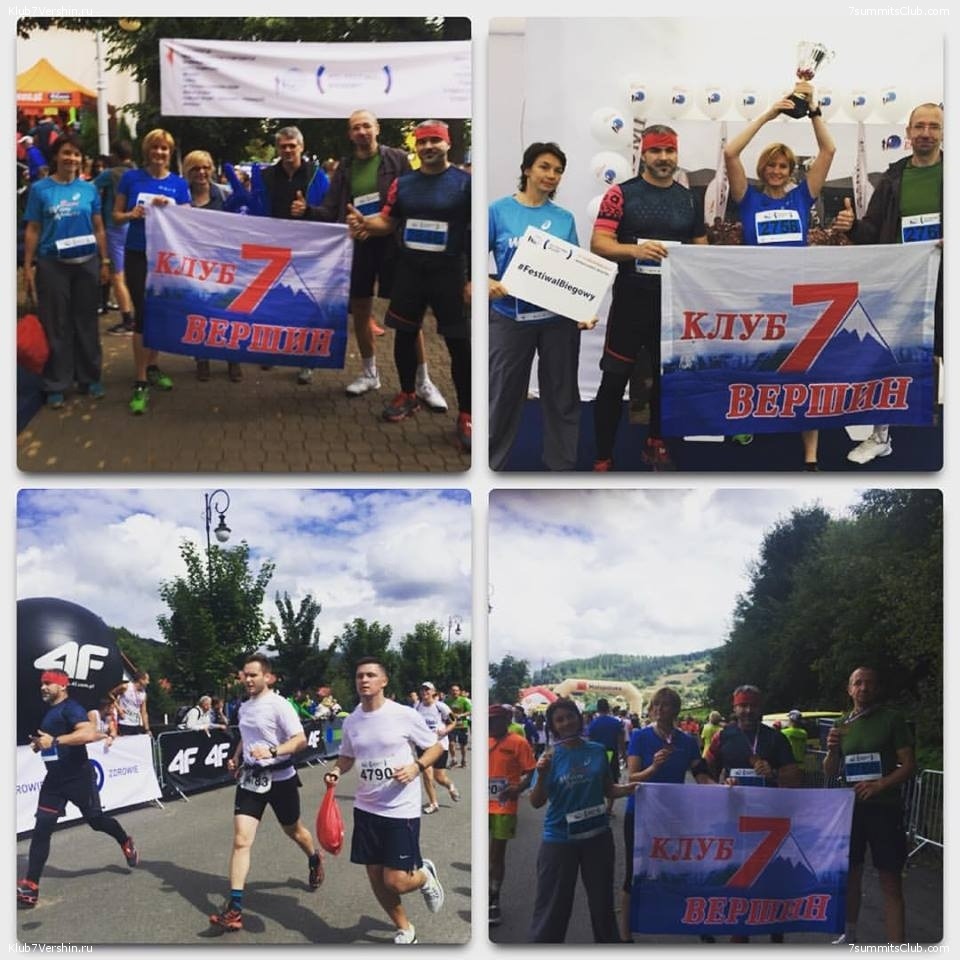 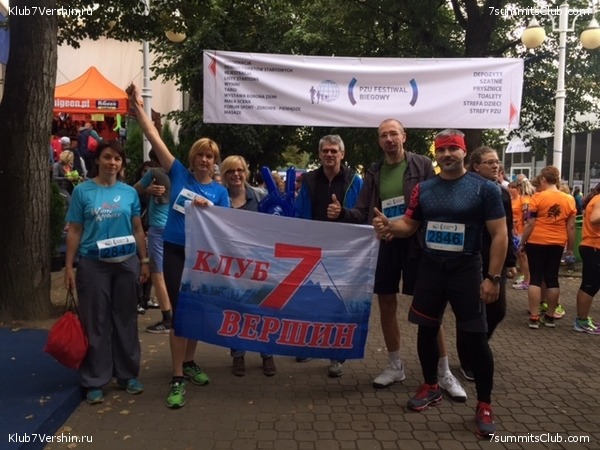 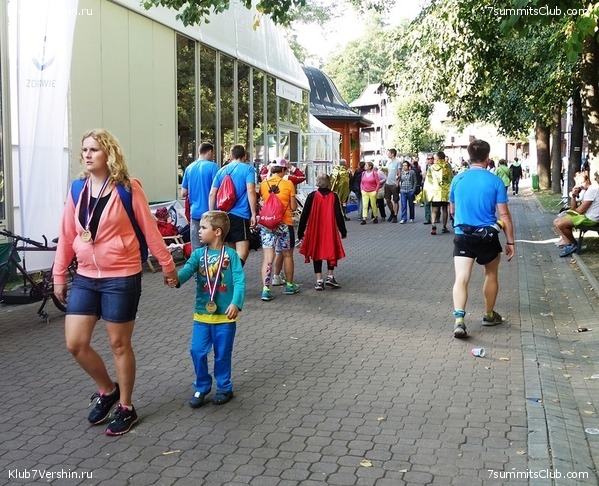 September 17 - a special screening of the movie "Three Men and Kilimanjaro."

September 17th, 2015 at the cinema Moscow park "Krasnaya Presnya" will be held a special screening of the film Russia Today «Three and Kilimanjaro." The film tells the story of young people with disabilities, who are trying to do ...

September 17th, 2015 at the cinema Moscow park "Krasnaya Presnya" will be held a special screening of the film Russia Today «Three and Kilimanjaro." The film tells the story of young people with disabilities, who are trying to do something that sometimes can not afford many perfectly healthy people - to conquer the highest African peak, moving on prostheses.

Pokhil'ko Sasha, Sasha Shulchev and Vanya Gorbatenko with volunteers of charities had five days to climb to an altitude of almost 6000 meters. To learn how they managed to do it, and to hear about all of the guys you could on September 17 at 19:00 at the Summer Cinema Park Krasnaya Presnya. Entrance to the show is free. After viewing it will be a meeting with authors and characters of the film.

Authors of the film: Artem Vorobey and Alexander Avilov.

In June, 2014, Alex D'Jamoos and Sasha Pohilko climbed Mt. Kilimanjaro on prosthetic legs. With 11 companions, representing four charities the team made the the six-day journey to the summit of Africa's tallest mountain. D'Jamoos and Pohilko received their prosthetic legs through the "I Want to Walk" program, which helps orphaned children get life-changing prostheses and make their first steps towards independent life. The trip was organized by Happy Families International Center to bring attention to people in need and challenge the conception of what it means to have a "disability".

“We’re trying to prove the disabled can do something healthy people consider impossible,” said Aleksandr Pokhilko, a Moscow art student who has staged four exhibitions, despite being born with no hands, as well as no legs.

The three men who took on Kilimanjaro met when they were still teenagers in an orphanage near Moscow, after being given up by their parents as babies due to their severe medical conditions.

“Many kids brought up in orphanages lack willpower to receive a decent education and find a proper work. They grew up seeing the world as if through a small window. When they leave the orphanage, it’s as if they’ve come from another planet,” said Pokhilko.

The three men went their own separate ways as adults, with one, Ivan Gorbatenko, reuniting with his parents, and another Alex D'Jamoos, now a student at Texas University, after being adopted by an American family.

For them, it was not just a chance to do good, but also to renew bonds.

But as the men began the four-day 26 mile ascent to the Uhuru Peak, located 5,895 meters above sea level, reality refused to co-operate with the storybook narrative.

Within hours D'Jamoos, who has no legs and severely restricted hands, realized that it was too slippery to use his prosthetics. He simply bandaged his feet, and put boxing gloves over his fingers, using them to slowly hop up treacherous terrain. When he encountered rocks, he was forced to simply crawl.

Ivan Gorbatenko, who suffers from severe scoliosis, a curvature of the spine, developed a fever, and was diagnosed with bronchitis by the team doctor. He had to be driven to a hospital from Horombo Camp, 3720 meters above sea level, before being discharged.

“Of course, I am gutted. But if I had the chance to do this again, I would say no,” a dejected Gorbatenko told the RT crew.

For Pokhilko, the end to the journey also threatened heartbreak. At Gilman’s Point, less than 200 meters short of the summit, the local guides told him that they would not risk his health by ascending with him.

“I could almost see the finish line, but I was spent, and thought I might collapse right here on the mountain,” said Pokhilko.

But together with D’Jamoos, he managed to reach the top, though even though both admitted that they were “glad it was all over.”

“I did it for our friends who weren’t able to come to the end. I promised I would, and I did! I dedicate my ascent to all those who are insecure and look for their place in the world. All I can say is, have faith in yourselves!” said D’Jamoos.

The men raised thousands for charities on both sides of the Atlantic and after what for two of them was the second attempt to scale Kilimanjaro, and will now face new challenges. While, Pokhilko plans to pursue his ambitions as an artist, D’Jamoos, who has been a prominent activist for orphans’ causes, will carry on campaigning for disabled rights and opportunities in Russia. 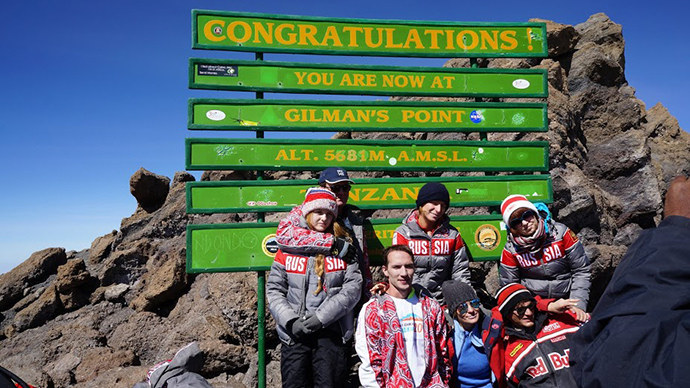 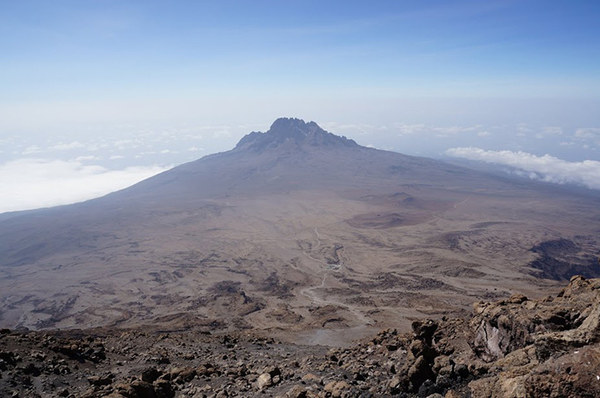 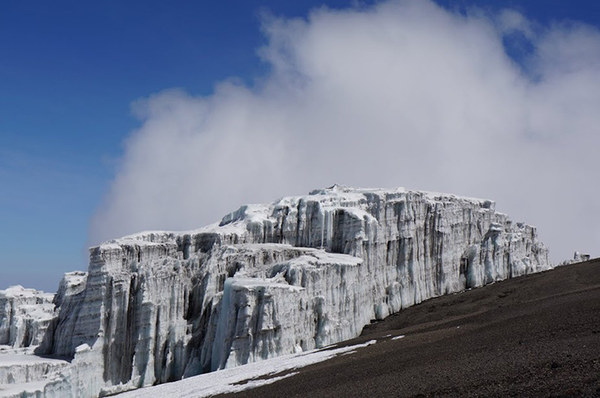