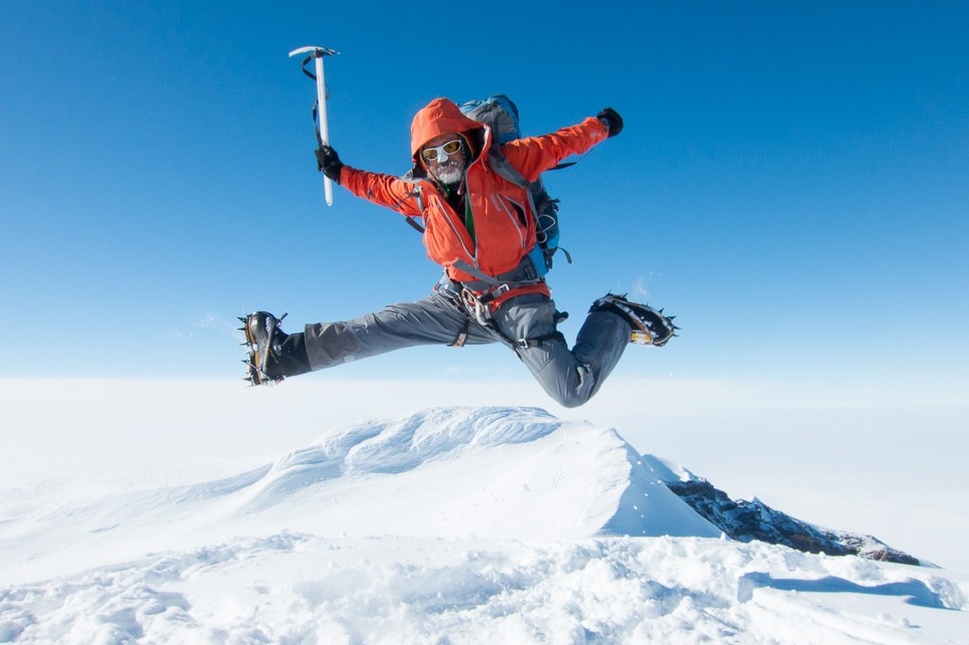 22.01.2023
The program "Seven volcanoes" - new summiters, after the next ascent on the highest volcano of Antarctica, Mount Sidley
31.08.2022
Antarctica is again in Fyodor Konyukhov's plans. This time with the 7 Summits Club
22.11.2021
The Big Antarctic season of the 7 summits Club has begun. The first group arrives today
30.09.2021
Urgent!  There are places in groups in Antarctica!   This has never happened before, and here it is again!
22.09.2021
A chance!  One place was vacated in the group following  Sidley Volcano in Antarctica. From January 6. Group Leader: Lyudmila Korobeshko
02.07.2021
Antarctica is opening up for climbing for next season. Urgently join our groups that have been formed for a long time!
19.01.2020
Summit! Oleg Mezentsev, a member of the second Antarctic group of the 7 Summits Club, climbed to the top of Mount Sidley and completed the Seven Volcanoes program
18.01.2020
Oleg Mezentsev, a member of the second Antarctic group of the 7 Summits Club, goes on an assault on Mount Sidley to complete the program of Seven Volcanoes
21.02.2019
Video report by Vladislav Lachkarev:  three achievements during one expedition to Antarctica
20.01.2019
We are proud of our climber Vlad Lachkarev and congratulate him! He made it:  7+7+2!
Show more